This investigation into the second lockdown rewrites history and mangles the data. 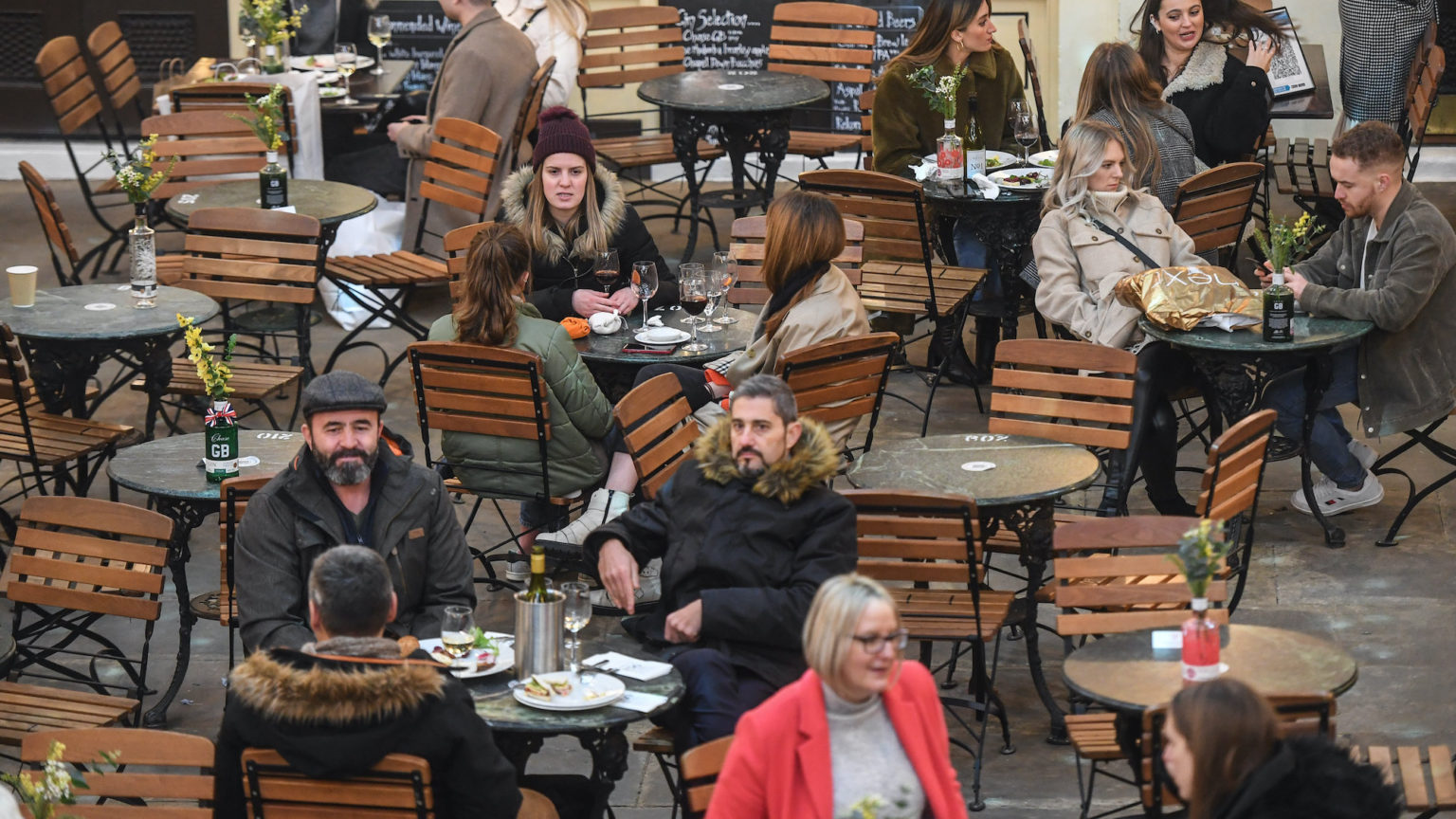 It’s no secret that Britain’s response to the coronavirus pandemic has been a disaster on almost every front. The Sunday Times’ ‘Insight’ team has carried out a number of investigations to get to the bottom of this. The latest in the series claims that the government’s reluctance to introduce a two-week ‘circuit breaker’ lockdown in September, at the urging of the Scientific Advisory Group for Emergencies (SAGE), cost lives and led to a longer lockdown in November. But the investigation not only misrepresents some of the key Covid data, it also rewrites history.

A ‘short, sharp lockdown’ would have changed nothing

The key argument of the piece is that the government was wrong to try to open up the economy in the summer and reckless in refusing to shut it back down again in September. It tries to square the circle of balancing the economy and virus measures by claiming that earlier lockdowns are actually better for the economy in the long run, as they allow for a fuller recovery later down the track.

The Sunday Times investigation presents SAGE’s proposal for a two-week ‘circuit breaker’ in September as the solution to both the spread of the virus and the economic cost of lockdown. But oddly enough, the piece makes no mention of the one part of the UK which did try this strategy. Wales attempted a ‘fire-break’ lockdown between 23 October and 9 November. The lockdown brought daily recorded cases down, from a seven-day average of around 1,300 on the first week of lockdown to around 820 the week after it ended. But by 5 December, a month after the lockdown ended, the seven-day average of cases was around 1,900 – higher than when the lockdown started. The ‘fire break’ suppressed cases for as long as it was in force, but the virus returned as soon as it was loosened. This led to the Welsh government introducing new restrictions, such as a curfew on pubs from 6pm. The case for a shorter lockdown to avoid a longer, more economically damaging one does not hold.

The ‘Insight’ team demonstrates its lack of insight on this question when it cites the success of Australia and New Zealand in achieving ‘Zero Covid’ and then reopening their economies. But there are zero examples of a Zero Covid strategy working in nations that were hit as badly as Western Europe was in spring. The UK has had over 1.8million cumulative virus cases compared with 28,000 in Australia, for instance.

One of the strangest aspects of the Sunday Times investigation is the weight it lends to government decisions. But the real driver of the second wave is quite obviously the arrival of winter. Respiratory viruses thrive every winter and Covid is no exception.

The Sunday Times believes that the train of events leading to the second wave begins with the opening up in July. It references the fact that other European countries opened up in the summer and argues that this is what has made them vulnerable to a second wave as well.

This skates over the large policy differences from country to country. Looking at the Oxford Covid-19 Government Response Tracker, there’s a large amount of country-to-country variation across Europe in terms of the stringency of measures over the summer and autumn. But the progression of cases is relatively uniform.

Governments that were praised in their handling of the first wave have succumbed to the second, particularly Germany and the Czech Republic. Italy was praised for its containment measures in the autumn only for things to take a bleak turn in the winter.

The Sunday Times attempts to pin Britain’s second wave on specific aspects of policy. This becomes most absurd in its discussion of Eat Out To Help Out. It blames the restaurant subsidy for spreading the virus in August. But there was no equivalent scheme in other European countries that have experienced worse second waves than Britain. Tourism was incentivised in some parts of Italy and France extended its long-existing restaurant voucher scheme, but neither of these schemes was on the scale of Eat Out To Help Out. Should British chancellor Rishi Sunak be blamed for Germany’s Christmas lockdown, too?

Super Saturday was not chaotic

In order to blame the second wave on the re-opening in July, the Insight team reminds us about ‘Super Saturday’ – the day the pubs started letting customers back in. It cites the fact that NHS bosses ‘had written to hospitals warning them to prepare for New Year’s Eve-level surges in demand for emergency services’. It says there was ‘little self-restraint’ on Super Saturday and ‘scenes of crowded city centres terrified those who understood the history of pandemics’.

This is an incredibly dishonest rewriting of history. The chaos warned about simply did not happen. Many of the same newspapers that carried breathless warnings about ‘New Year’s Eve-level surges’ in A&E had to admit that ‘fears of widespread disorder’ were ‘unfounded’. The NHS bosses were totally wrong, but The Sunday Times treats this failed prediction as fact.

One way that the Insight team bolsters its support for the ‘circuit breaker’ intervention is by claiming that the experts have been broadly correct about the second wave – and so their advice should have been heeded earlier. It claims that Patrick Vallance’s projection (not prediction!) of 50,000 daily recorded cases by mid-October ‘would later prove to be mostly accurate’ and was unfairly dismissed as ‘scaremongering’.

But to make Vallance’s projection work you have to confuse two different pieces of data. In mid-September, Vallance said that recorded cases would be doubling every seven days. His graph showed these cases growing from 3,000 in mid-September to 50,000 by mid-October. But even by the end of October, when the second lockdown was being announced, new cases were hovering around 20,000 per day.

The Sunday Times says that if you look at Imperial College’s infections survey, it showed 50,000 infections by mid-October and so Vallance was correct. But this confuses two points of data: infections and cases. As Sky’s Ed Conway has pointed out, if you think Vallance was right about what would happen to infections, you would have to start with the estimated number of infections at the time, not the recorded cases. The Office for National Statistics estimated that there were around 7,000 infections in mid-September when Vallance made his projection. But if the epidemic really was ‘doubling every seven days’, in line with Vallance’s warning, the infection survey would have been picking up something like 110,000 infections by mid-October – not the 50,000 it was actually picking up. The Sunday Times moves the goalposts by switching between ‘cases’ and ‘infections’ without explanation.

Similarly, the projections which justified the second lockdown were beyond ludicrous, and fell apart within days of being released.

The government has not listened to lockdown sceptics

One of the odder claims in the investigation is that a single meeting with a group of lockdown-sceptical experts had an enormous impact on government policy. One evening, Downing Street was briefed by Anders Tegnell, who devised the Swedish non-lockdown strategy, and Oxford University’s Carl Heneghan and Sunetra Gupta (John Edmunds was also there, to put SAGE’s pro-lockdown case).

Anyone who actually lives in Britain would find the Insight team’s contention that the UK government has listened too much to lockdown sceptics slightly odd. The pressure on the government has been overwhelmingly in favour of lockdown. Life is nowhere near back to normal. Britain has not become Sweden. And we certainly didn’t adopt the Great Barrington Declaration policy of abandoning lockdown for focussed protection of those most vulnerable to Covid.

Most telling is that there have been no major new measures to protect the most vulnerable. The lockdown sceptics rightly point out that the risk of the elderly dying is 1,000 times greater than the risk to the youngest. But this is not reflected in the government response at all. Take the ‘Moonshot’ mass-testing programme, projected to be one of the most expensive aspects of the pandemic response. This has been directed at people with no symptoms, plus school and university students whose risk is negligible. This is almost the exact opposite of the kind of strategy that lockdown sceptics advocate.

Overall, instead of providing any insight, The Sunday Times investigation provides a distorted view of the past six months, which misrepresents key data and recent events to advance an unproven and damaging policy.