Super Saturday: the summer of death that wasn’t

All over the country, people behaved sensibly – but that wasn’t enough to stop the wave of vile snobbery. 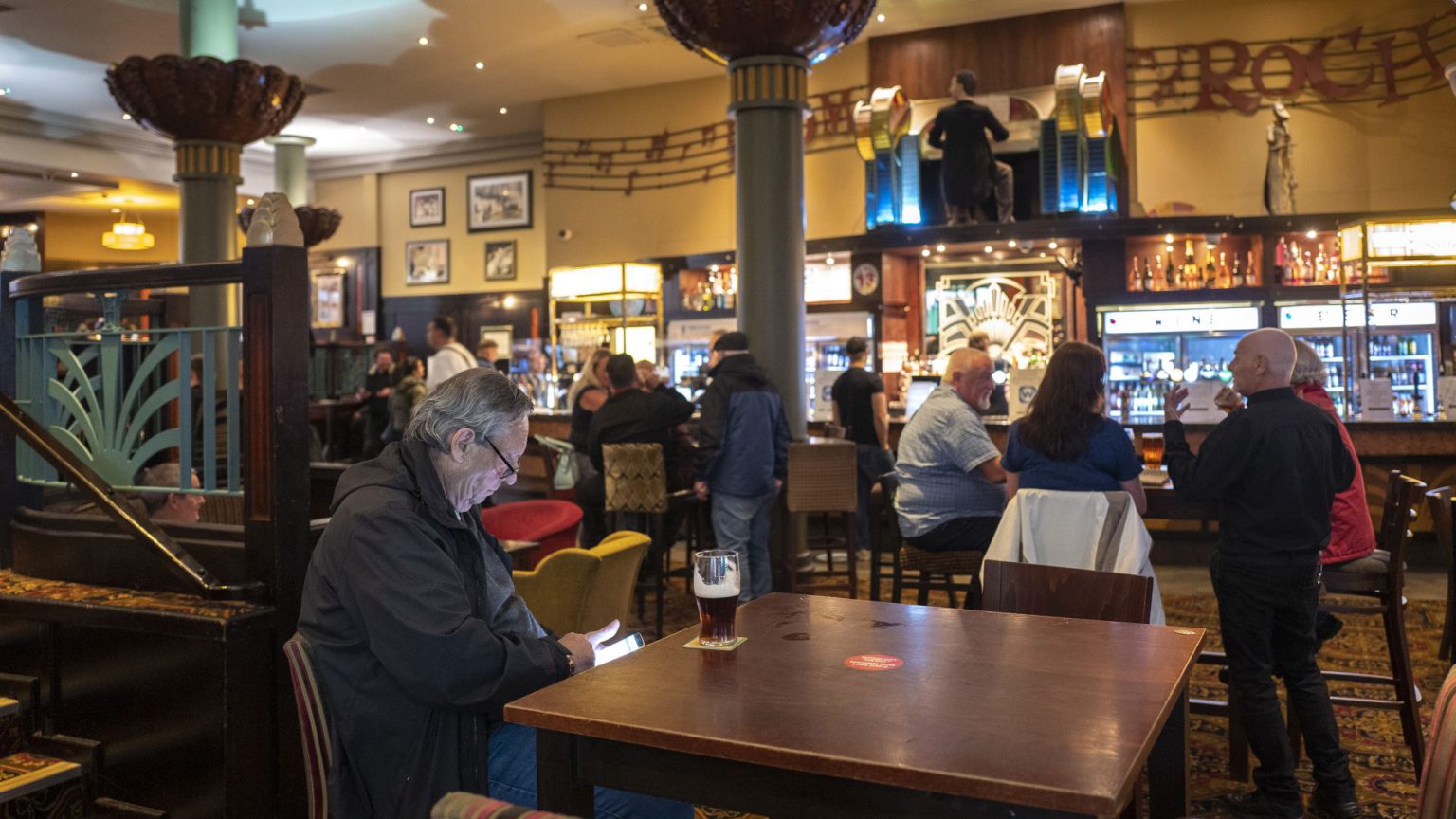 England was about to ‘drink itself into chaos’ warned the headlines. Hospital bosses were told to prepare A&E departments for New Year’s Eve levels of drunken accidents. Police predicted ‘a month of New Year’s Eves’. England would be plagued by the demon drink. The River Thames would be foaming with vomit. The summer of death would be in full swing.

In the end, ‘Super Saturday’, as it has come to be known, didn’t turn out quite like that. On Friday, Independence Eve, the curtain-twitchers at the Guardian denounced the opening of pubs and the (heavily regulated) return of social life as ‘alarming and irresponsible’ – part of ‘the prime minister’s hedonism agenda’. But after the event, the same paper had to admit that ‘fears of widespread disorder’ were ‘unfounded’.

Head of the NHS Simon Stevens was also pleasantly surprised: ‘Pleasingly, we did not see last night the kind of scenes that people feared. The foolish few but the sensible majority is I think the story across the country, and long may that continue.’ A&E departments remained relatively quiet – just as they have throughout the coronavirus pandemic.

London’s Metropolitan Police reported ‘no significant incidents in the capital’. In Birmingham, chief superintendent Steve Graham said that only four arrests were made throughout the West Midlands in connection to pubs. ‘We saw people taking great personal responsibility for their actions and behaviour and the evening ran smoothly with only a handful of incidents at pubs and bars reported to us’, he said.

Lancashire Police put on extra patrols but only had to deal with the ‘the usual number’ of drink-related incidents, and the number of drinkers on the town was still below pre-pandemic levels, according to the Chorley Guardian. Throughout England, it was the same story.

The predicted carnage did not arrive. But in a country of 29million drinkers, there were bound to be some scenes of raucousness. Crowds of drinkers in Soho, for instance, have been held up as evidence of nationwide loutishness.

The apparent risk of coronavirus brings an added sting to the condemnation of pubgoers. But it is snobbery and puritanism, not Covid-19, that is driving this outrage. The callous, dehumanising slurs directed at the ‘petri-dish’ of revellers in Soho echo the previous weekend’s complaints about the ‘lumpen’ beachgoers during the heatwave.

Another lightning rod for social-media fury was a man in Manchester who was enjoying an early-morning pint after a night shift tarmacking roads. Jimmy told a reporter from the Manchester Evening News that his first taste of Carling since the lockdown was like ‘an angel pissing on the tip of his tongue’. Tweets called him ‘tragic’ and a ‘sad, empty man’ for enjoying his pint. One tweeter said ‘I loathe men like him’, while another said of his fellow drinkers that ‘They all look exactly how I imagined the first people going to the pub would look’. Given that Jimmy was clearly following the social-distancing rules and there was no evidence of any bad behaviour, it is hard to believe the bile directed at him had anything to do with the virus. He is just one of those people.

The two-minutes hate for everyone who leaves their house has become a near-weekly event. Whether people are behaving within the rules or not makes no difference. Even the fact that infections have been in decline for months does little to dent the righteous indignation. The sight of packed beaches, packed parks, Black Lives Matter rallies, anti-Black Lives Matter rallies, queues outside Primark, quarantine raves, a VE-day conga and the Rees-Mogg conga have all been greeted with shrill condemnations of the disease-ridden masses. It will be weeks before we know if Super Saturday has prompted a rise in infections. Nobody has any idea whether there will be a ‘second wave’ but confident predictions of mass death seem to turn to nothing week after week.

What is really being expressed is not a fear of the virus, but the puritan fear that someone somewhere may be enjoying themselves. Perhaps the pub is better without such people.