The vanity of the global climate talks

Who in their right mind thinks Boris, Biden and Ursula will ‘save the world’? 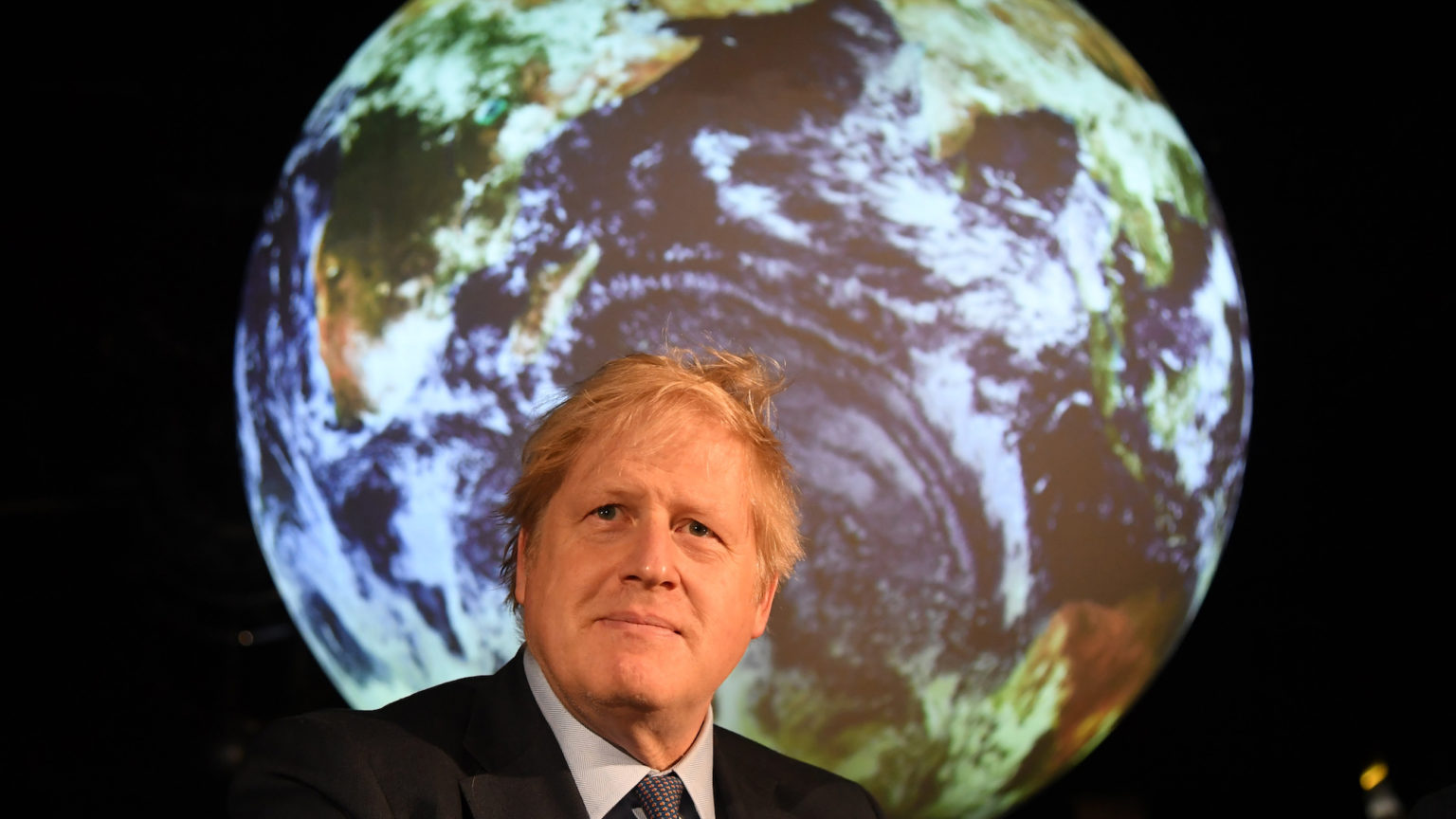 Earlier this week, stories emerged of the prime minister’s plans to once again bring forward the UK’s climate targets. According to the BBC, the government is set to announce that ‘carbon emissions will be cut by 78 per cent by 2035 – almost 15 years earlier than previously planned’. If true, this follows a pattern of climate policymaking in which, without much public debate or democratic input, targets are increased and brought forward. Some might think this shows a government getting serious about planning for the future. But what this on-the-hoof policymaking really reveals is a chaotic government that is struggling to cope with a climate agenda that is out of control, has no chance of success, and will create hardship for millions.

News of the new policy came ahead of today’s climate summit of 40 world leaders, hosted by Joe Biden on ‘Earth Day’. The president has also used the opportunity to announce a new emissions-reduction target for the US, of 50 per cent by 2030.

The new UK policy looks like an attempt to steal back the climate-champion thunder from the US, where Biden has reversed the Trump administration’s withdrawal from the Paris agreement. Or perhaps the green policy wonks advising the governments on both sides of the Atlantic believe that they can lure other national governments into their bizarre bidding war, in which national populations’ material interests are sold out to a global carbon bureaucracy. The UK’s bid will impose the most stringent emissions-reduction targets – and by extension, the greatest constraints on economic activity – in the world. Thanks, Boris!

But while Boris Johnson is keen to elevate himself as the global climate champion, and Biden is equally keen to mark the end of the Trump years, other global leaders are not joining in. Despite Western pleading, India has ruled out committing to a Net Zero target, on the basis that it would clearly cause too much economic harm. China, which has pledged to reach peak emissions by 2030 and to aim for carbon neutrality by 2060, has also signalled it is unlikely to be increasing its green ‘ambitions’ any time soon. A recent meeting between the charmless US climate envoy, John Kerry, and his Chinese opposite number, Xie Zhenhua, came to nought.

Geopolitical tensions will also constrain the global talks. Significant divisions have developed between the green West and Moscow, Beijing, New Delhi and Rio de Janeiro. In the early-to-mid 2000s, the West had much more bargaining power over these economies than it does now. Diplomats could encourage green self-harm in exchange for aid and access to markets. But these countries have since become more powerful and independent.

Even in recent weeks, relations have deteriorated. Both NATO and Russian hardware and troops are building up around Ukraine. And the Chinese Communist Party’s treatment of Hong Kong and the Uighur minority has been criticised harshly in the West. This has fractured relations, leading to China’s disengagement from pre-COP26 talks. And then there’s Brazil, which has, in recent years, been made into a global environmental pariah for Jair Bolsonaro’s failure to adhere to global green orthodoxy.

There’s also no guarantee the West will uphold its end of the deal. The US’s in-out-in membership of the Paris agreement suggests that it is just as likely to withdraw from any future global climate commitment as China might be.

What’s more, the consequences of imposing harsh climate policies on an unwilling population are plain for all to see, including the governments of developed economies. Just look at the year-long protests on the streets of France that were initially provoked by green taxes. The revolt may have been subdued by the Covid-19 lockdowns, but they have made a Marine Le Pen victory at the next presidential election more likely than ever before. The rising costs of energy have already started to push industrial production away from Europe – a suicide mission that the US is set to follow. Mass protests, high energy prices, economic decline and deindustrialisation… these are the fruits of the climate agenda in the richest countries. Why would poorer countries want to follow suit?

Even among the West’s ‘climate champions’, there is rancour. Britain and Italy will be the co-hosts of the COP26 climate meeting later this year – if it goes ahead. But post-Brexit relations with the EU are hardly sweet. The pandemic has led to bitter recriminations over ‘vaccine nationalism’. The speed with which the European Commission nearly reneged on the Brexit agreement – within the first month of it coming into force – shows that international ‘deals’ can easily and quickly be abandoned.

Meanwhile, Biden is reportedly no big fan of London. A pattern of both petty and more consequential snubs against London is emerging. Is there really any solidarity to be found in environmentalism? Or are London, Brussels and Washington only keen on a global climate agenda for their own individual reasons?

What is really being sought at these talks? An agreement to save the planet? Or an agreement to boost the egos of leaders in London, Brussels, Washington, Paris and Berlin? After all, how would Boris be able to ‘build back better’ – a slogan he shares with Biden – were it not for a global ‘emergency’ to elevate the buffoon to the status of planet-saving superhero? Ditto, the gaffe-prone cipher in Washington is casting himself as mankind’s last hope for survival. Don’t forget the president of the European Commission, Ursula von der Leyen, who barely won an election in which she was the only candidate. She too claims to represent civilisation’s last chance for escape from doom.

If they, and other climate ‘champions’, were premiers from middle-income countries, they would be lampooned as self-serving and implausible chancers. The Johnson government’s new targets and ‘ambitions’ should be seen in just this context. He is sacrificing our material interests for the sake of his own vanity.