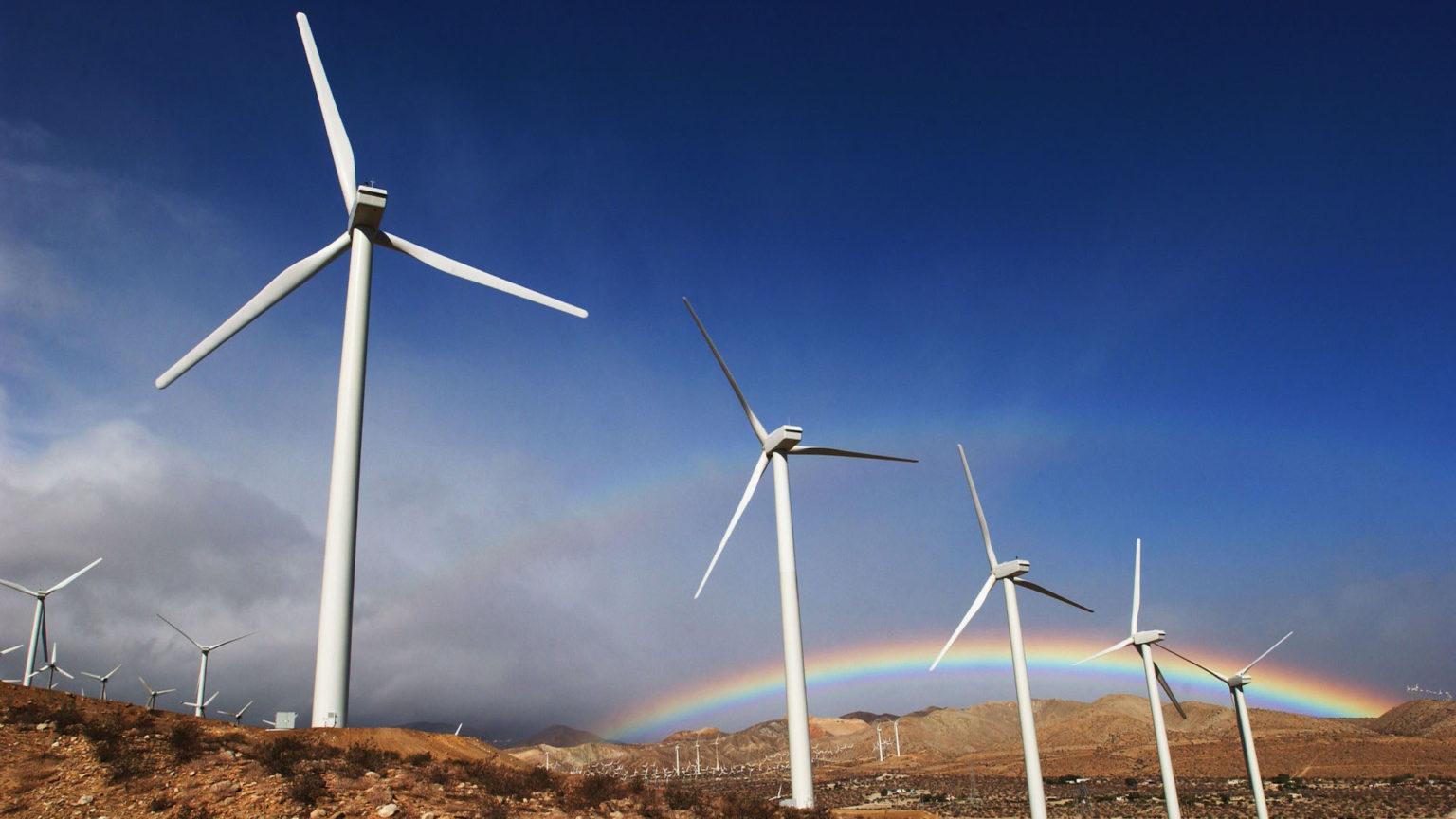 Within hours of his inauguration, Joe Biden announced that the USA was ‘back in the Paris Climate Agreement’. Donald Trump had pledged, in June 2017, that the USA would withdraw from the agreement – a slow process, which took the remainder of his term to complete. Climate activists worldwide are now celebrating, of course.

The past five years have seen many comparisons drawn between Brexit and the election of Donald Trump. Though they were dismissed as ‘populism’ rather than the (attempted) reassertion of popular democracy, both ballot-box revolts shocked political establishments that had by 2016 grown overconfident and entitled. ‘Globalism’, as it is sometimes clumsily referred to by its detractors, had been given a bloody nose. But not a coup de grâce. The epitome of this contempt for democracy comes in the form of climate environmentalism, which not only survived, but has also expanded since 2016.

The withdrawal from the Paris Agreement had nearly no effect on the ambitious architects of global ecological utopia. Climate advocates never learn anything from their setbacks since all dissent from their designs is rejected as ‘denial’. Accordingly, John Kerry, failed presidential candidate and now special presidential envoy for climate, tweeted that Biden’s announcement ‘restor[ed] America’s credibility and commitment – setting a floor, not a ceiling, for our climate leadership’. ‘Working together, the world must and will raise ambition’, he said.

The Paris Agreement requires member countries to propose their own levels of emissions reduction – or Intended Nationally Determined Contributions (INDCs). America’s INDC pledge, made by the Obama administration, is to reduce emissions by 26 to 28 per cent below 2005 levels by 2025. Trump argued that this was a bad deal for Americans, and that it would lead to job losses, rising prices, loss of industry and the surrender of democracy to a global agreement. All of that is true, but it has been hidden from public debate by a mixture of green utopianism and the complexities involved in turning abstract emissions-reduction targets into tangible policies.

Greens of all kinds talk a very good game about ‘creating jobs’ and ‘climate justice’. But these claims remain unsubstantiated. In 2010, for instance, Gordon Brown’s government claimed that its offshore-wind energy plans would create 70,000 jobs in the sector. But despite the agenda facing almost zero political opposition, by 2020, there were just 11,000 jobs according to the industry’s own (favourable) analysis, as reported by the FT. The sector still enjoys absurd levels of public subsidy (many tens of thousands of pounds per job ‘created’), despite claims that wind power is now ‘cheaper’ than coal or gas generation. Promises of green jobs and less expensive energy never materialise, but this is never questioned.

Put simply, there is no translation from emissions-reduction targets to reality which is not going to hit Americans hard, especially those who live either in cities designed around the motor car,or in deep rural country. Americans pay on average less than half what Britons pay for petrol. But for how much longer?

Similarly, America’s industrial economy is in large part built on industry powered by cheap energy. Carbon-reduction targets, which will cause energy prices to multiply, were dreamt up long before anyone had any serious ideas as to how to realise them, and without consideration for ordinary people’s lives. The existing Paris commitments are bad enough, but these will be succeeded by new levels of ambition set at this year’s climate conference in Glasgow.

No doubt Biden takes his pledges seriously. But his election victory may not have provided enough political capital required to make these ambitions real. That victory was secured on a margin of some seven million votes, in a country of 328million people. A convincing win for a presidential candidate, yes, but not for the radical reorganisation of 328million people’s lives that his climate imperatives demand. No matter how much smoke a sycophantic, fawning media try to blow up Biden’s rear, the American public are going to notice the dire consequences of these policies eventually.

‘This is the most important transition from one president to another of my lifetime’, tweeted a dizzy Robert Peston. There’s a great deal of journalistic buzz about Joe Biden ‘healing’ the country from its trauma. Commentators are making facile historical comparisons with Abraham Lincoln – the president that steered a divided country through its civil war. But Lincoln rebuilt an independent USA, he did not cede its sovereignty to the United Nations Framework Convention on Climate Change. In order to sustain the historical allusion, Trump stands accused of ‘racism’, ‘fascism’ and ‘white supremacy’. But while such unevidenced and hyperventilating claims may denigrate the former president, they do little to elevate Biden, and do significantly less to win over Americans to the climate cause. The drama is confected, and the promise of a green utopia is hollow.

It is the bottom line that counts. As Roger Pielke Jr has pointed out, the scale of America’s ‘transition’ to Net Zero is a task far greater than any of its historical political, industrial or military projects. It ‘would require the deployment of approximately 1,500 wind turbines, over approximately 300 square miles, every day starting tomorrow and continuing to 2050’. Even if such an ambitious project were ever realised, Biden’s climate agenda would yield no net benefit to ordinary Americans, except – perhaps, maybe, but probably not – slightly fewer wildfires, slightly fewer hurricanes, and slightly less sea-level rise, and only then if viewed from the perspective of climate statistics at century timescales. Yet it would saddle the public with tens or even hundreds of trillions in debt, skyrocketing costs of living, immobility and terminal industrial decline. The conditions for civil war, in other words. Maintaining the Paris Agreement and reaching Net Zero are tasks far beyond President Biden’s means.

Environmentalism is, as Tim Black points out on spiked, the mainstay of technocratic rule. With the election of Joe Biden, it may have won a major battle. But the climate wars have reached a new phase. Much of what has gone before has been mere fluff: abstract virtue signalling about targets, that most voters have yet to connect with their day-to-day experiences. As those targets are made real in the years to come, the consequences will be profound. If these global agreements and Net Zero ambitions are not watered down, the climate technocrats will make themselves a lot of enemies.