The people were right

The EU’s unhinged behaviour in the vaccines crisis vindicates the 17.4million. 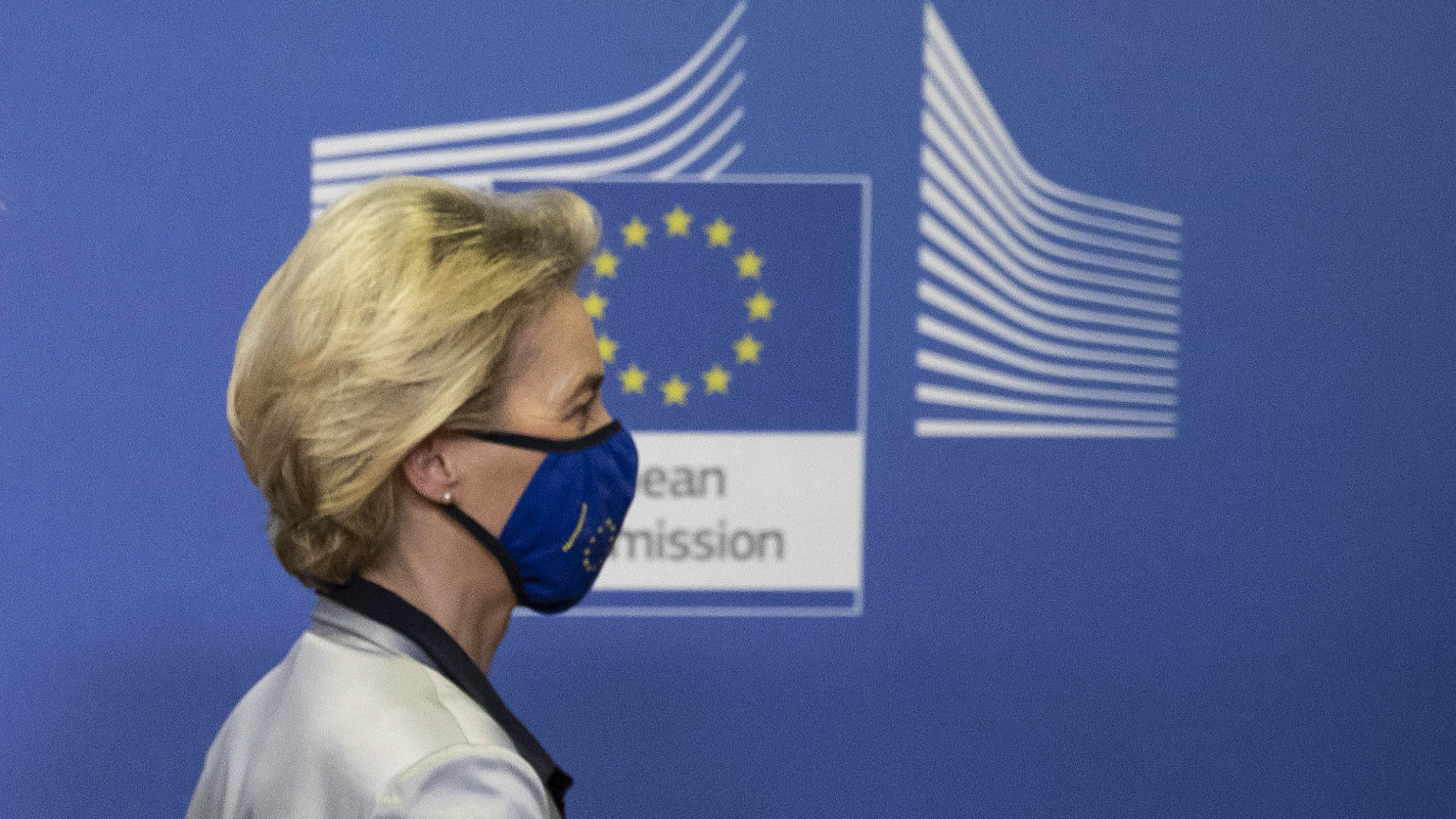 We told you. We told you the European Union was not some hippyish, internationalist outfit but rather was a self-interested protectionist bloc. We told you it was a sclerotic bureaucracy whose centralisation of power made it more and more difficult for member states to behave as democratic nations and to respond sensitively and speedily to the needs of their own people. We told you the EU didn’t really give a damn about the Good Friday Agreement and was only using it as a weapon with which to beat Brexit Britain. We told you the EU was exploiting Ireland, cynically marshalling its concerns over a ‘hard border’ to try to further demonise Brexit, and that before long it would forget all about its concern for Ireland and relegate it once again to the status of a neo-colony. We told you all of this. And we were right.

The EU’s increasingly unhinged behaviour over vaccines has shocked even many Remainers. But too much of the discussion is positing the idea that the EU has simply made some mistakes, a few rash, desperate judgements. In truth, the behaviour of the EU over the past week – its failings on the vaccination front, its acts of desperate protectionism, its lashing out at Brexit Britain, and its cavalier, sinister mistreatment of the Republic of Ireland – have not been glitches in the system; this is the system. This is how the centralised, self-interested, neo-colonial power that is the European Union operates. And it is why 17.4million of us voted against it in the referendum in 2016.

Everything that is wrong with the EU has been on full and depressing display in recent weeks. Its bureaucratic, even byzantine nature, where regulation reigns supreme, meant it was slow to agree vaccine contracts and slow to approve vaccines. This has caused a shocking shortfall in vaccines on the continent, meaning member states have either had to roll out vaccines very slowly or halt vaccination altogether. The European Commission forbade member states from procuring their own stocks of vaccines. This wasn’t an ‘error of judgement’. This is how the centralised, sovereignty-diluting EU works. It requires member states to outsource their sovereign powers to Brussels and submit to rules and regulations that may or may not be in their national interest. The vaccines calamity is a consequence of the very idea of the European Union.

Then came the EU oligarchy’s protectionist lashing-out. It has taken increasingly stiff action to try to compensate for its bureaucratic failures on the vaccination question. It has declared a war of words on AstraZeneca and has threatened to take action to force the UK to hand over some of its stocks of AstraZeneca vaccines. It has imposed controls on the export of vaccines. This unilateral act of vaccine imperialism could have a harsh impact not only on the UK but on other nations that had agreed vaccine deals with European producers, including Japan and Australia. Again, this isn’t a glitch; it’s what the EU does. It is 50 years since the legendary Labour Eurosceptic Barbara Castle warned of ‘Euro jingoism’ – here’s that jingoism, once again.

We have also seen how ruthlessly the EU will protect its reputation and its power. One of the most alarming things in recent days has been the misinformation that Euro leaders have spread about the AstraZeneca vaccine. First in the German press and then from the actual president of France, there have been baseless claims that the AstraZeneca vaccine is not effective in over-65s. For French leaders in particular to cast doubt on a vaccine’s efficacy – given the already widespread vaccine scepticism in France – is genuinely disturbing. But again, this is what the EU does. It lashes out against perceived enemies – whether it’s Brexit Britain or the producers of certain vaccines – because its overarching aim is the preservation of its own authority. That comes before everything else, even before the important task of generating public trust in vaccination.

Then, to top it all off, we had the EU overriding the deal it agreed with the UK just a few weeks ago. As part of its vaccine protectionism the EU invoked Article 16 of the Northern Ireland Protocol, meaning that Northern Ireland, in this instance, would be treated differently to the Republic of Ireland and would be subject to the EU’s export controls on vaccines. Why? In case Northern Ireland were to become a backdoor way for Britain – nasty non-EU member that we now are – to receive vaccines produced in Europe. Vaccines we had already ordered, by the way.

This has exposed the cynicism and ruthlessness of the EU oligarchy. For years the EU and its cheerleaders said a ‘hard border’ in Ireland would be an outrage; now the EU has attempted to erect a hard border in Ireland on the vaccine front, so that the Republic would receive European vaccines but the north would not. The EU and its global backers said anyone who disrespected the Good Friday Agreement would essentially be inciting the return of terrorism in Northern Ireland; now the EU tramples over the Good Friday Agreement. The EU constantly claimed that it had Ireland’s best interests at heart; now it unilaterally backtracks on its commitment to Ireland, wilfully ignoring the concerns of the Irish government and Irish people and dividing the island up into those worthy of receiving vaccines (the south) and those not worthy of receiving vaccines (the north).

This has shone an unforgiving light on the contempt of the Brussels oligarchy towards nation states. It has engaged in an act of hostility against the UK with its threats to renege on the Brexit deal with the express intention of preventing Britain from securing more vaccine supplies. And its treatment of Ireland has been despicable. It didn’t even alert the Irish government to the fact that it was invoking Article 16 and dividing Ireland along Covid lines. It clearly views the island of Ireland as its territory, its little colony, a piece of land it can make major decisions about without even consulting its elected representatives. Again, we told you. We told you the EU views Ireland – and many other non-powerful European nations – as colonial outposts, as playthings of the new empire, as territories whose own interests are subordinate to the interests of the capitalist elites in Brussels.

That the Commission has now backtracked on its invoking of Article 16 doesn’t improve things. On the contrary, it means we have seen both that the EU views British and Irish democracy with contempt and that it is a badly governed, increasingly rash institution. So much for technocracy being the cooler, more reasoned way of doing politics. Everyone now knows, surely, how untrue that is.

These are the EU’s true colours. This protectionism, this preservation of power at all costs, this demeaning of nations – this is what the EU does; this is what the EU is. If the Remainer elites have the capacity to be honest with themselves, they will currently be engaging in a real-life version of that Mitchell and Webb meme: ‘Are we the baddies?’ At the very least they will open their minds to the possibility that the 17.4million of us who voted to leave the EU were on to something. Some of them, eventually, I hope, will realise that in fact we were completely right.