Come clean about the cost of Net Zero

Going carbon-neutral would mean a drastic reduction in living standards, but no politician can admit it. 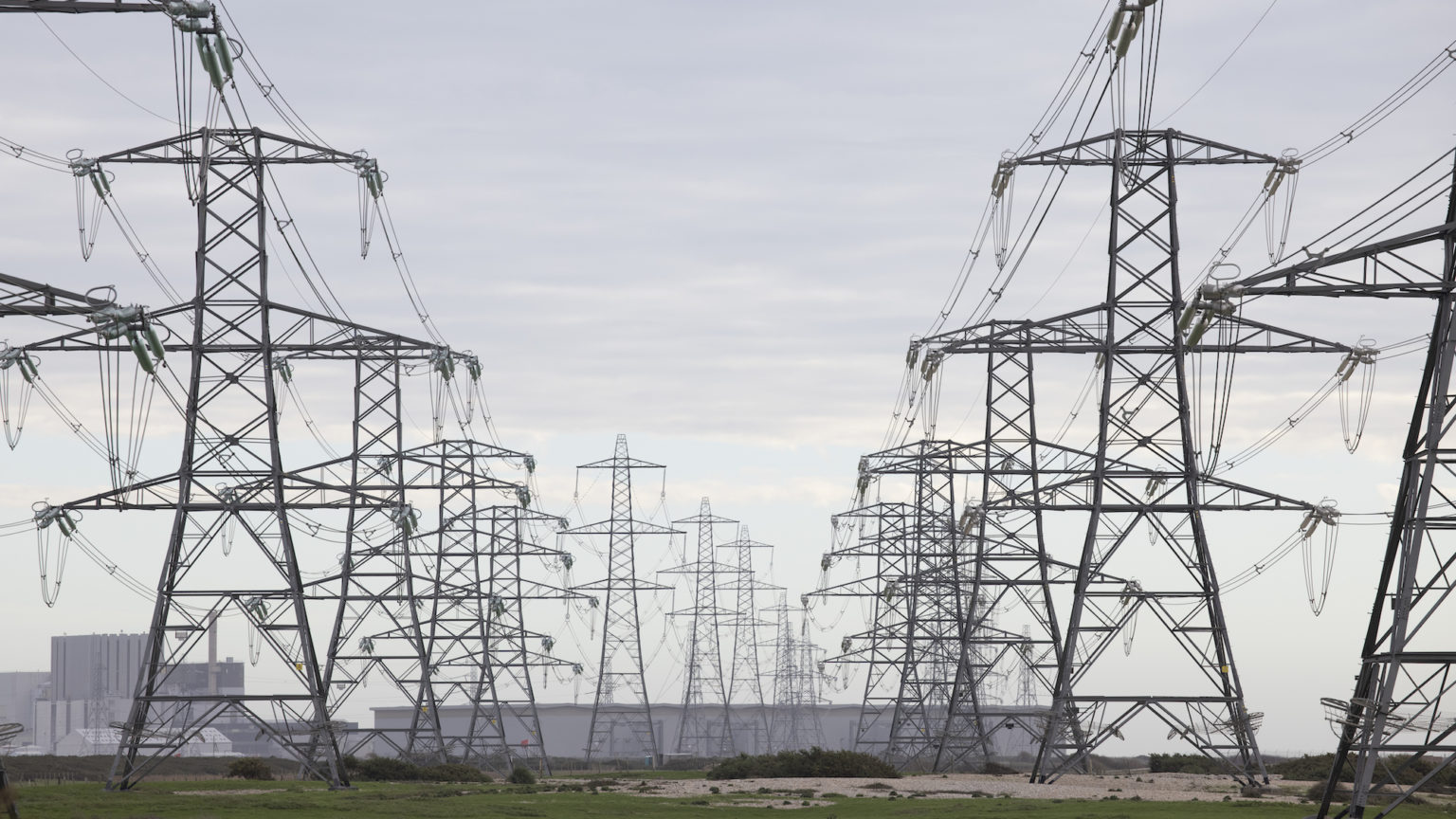 The UK parliament’s Public Accounts Committee (PAC) published a report last week that found ‘there is no coordinated plan with clear milestones towards achieving’ the 2050 ‘Net Zero’ emissions-reduction target. This lack of a plan, the committee claimed, made it ‘difficult for parliament and the general public to understand or scrutinise’ progress towards the goal.

Select Committees such as the PAC are populated by MPs from all parties, and are one of the main mechanisms parliament has to hold government departments, ministers and the government to account. But while the PAC rightly points out that the government has no idea about how to achieve the Net Zero target, neither do MPs, who bear just as much responsibility for this.

Of course there is no plan for how to reach Net Zero. Just as with the Climate Change Act (CCA) 2008, which demanded emissions reduction of 80 per cent, the Net Zero target was set long before anyone had ever thought about how to actually achieve it. The political consensus that gave us the Net Zero goal is confounded by three factors: the lack of a global Net Zero agreement, the lack of available technology and the lack of popular support.

Around the time MPs signed off on the CCA in 2008, public disengagement with politics was at record levels. This provided an open door to the green lobby and other campaigning organisations. These special interests claimed that climate policy – including generous subsidies for green technology – would deliver green innovation and economic revitalisation. They also claimed that ‘saving the planet’ would become a popular concern and would mobilise public opinion. These promises turned out to be empty.

The problem is crystallised in the PAC report’s summary:

‘As much as 62 per cent of the future reduction in emissions will rely on individual choices and behaviours, from day-to-day lifestyle choices to one-off purchases such as replacing boilers that use fossil fuels or buying an electric vehicle. Government has not yet properly engaged with the public on the substantial behaviour changes that achieving Net Zero will require.’

But if 62 per cent of emissions reduction is to ‘rely on individual choices and behaviours’, then Net Zero policies will necessarily require the removal of the public’s ‘choices’ and the state regulation of their ‘behaviours’. And because there is no like-for-like, emissions-free replacement for your domestic heating, for your car, or for the many other everyday activities that require energy, the inevitable outcome of Net Zero is a reduction in most people’s living standards and quality of life.

For example, green advocates claim that new technology can end our reliance on the gas grid. And the government has announced that the installation of gas boilers will be banned in the 2030s to encourage the use of heat pumps. But there are severe downsides to this. Heat pumps typically cost many times what domestic gas boilers cost – at least 3.5 times for the unit itself, not including installation costs. They require much larger radiators than most homes already have, and noisy heat-exchange units (identical to air-conditioning) also need to be installed on the outside of every home. And because heat pumps are less able to produce heat on demand, homes in which they are installed require significant insulation.

Moreover, heat pumps are categorically not equivalent products to boilers. ‘Gas boilers heat your home at the flick of a switch, whereas a heat pump takes 24 hours and heats the home to 17 to 19 degrees’, Chris Stark, the chief executive of the Climate Change Committee, recently admitted. Not being able to heat your house to room temperature, ‘will require an attitudinal shift’, Stark added.

But even if people’s ‘attitudes’ could be engineered to fit the designs of civil servants, it is not ‘attitudes’ that will be needed to provide the tens of thousands it costs to turn an ordinary home into a Net Zero compliant property. A study looking at Nottingham City Council, which retrofitted 10 very ordinary homes, found that a small house required nearly £90,000 to make it ‘low carbon’.

No explanation has been offered by the green camp to show that these costs can be reduced, except for assumptions about economies of scale. But this may be an unsafe assumption as green policies will push up prices of construction, too. ‘Retrofitting’ may well end up costing households close to the equivalent of a century of today’s domestic energy bills, for the promise of modest (if any) savings in future energy bills.

The removal of ‘choices’ and the regulation of ‘behaviours’ demanded by Net Zero represents a radical departure from democratic politics. But whenever the anti-democratic nature of the green agenda is pointed out, green wonks respond that voters continue to back parties that have stated their commitment to Net Zero policies. This is partly true. Nearly all national and regional parties in the UK have formed a consensus on climate policy and make great play of it and their green ambitions in their manifestos.

But as I have pointed out previously on spiked , if you can’t vote against a thing, you cannot be said to have voted for that thing, either. No party has offered a clear alternative. Moreover, no party manifesto has explained to voters what a commitment to Net Zero actually requires from them. None has ever spelled out that this means the removal of their choices, the regulation of their behaviour and the dismantling of democracy. Manifestos instead emphasise imaginary upsides of climate policy: jobs, green growth, ‘building back better’, and so on. But notice: politicians have only ever made their emissions-reductions targets ‘legally binding’, never their promises of green jobs and green growth.

The Conservatives, Labour and Liberal Democrats have all been in government. They have all sat on countless committee meetings on the climate. But they have all failed to explain to the public what the green agenda they are driving forward actually means for everyday life. Back in 2019, MPs decided that they didn’t need longer than 90 minutes to discuss the implications of Net Zero.

The prime minister’s 10-point plan for a ‘green industrial revolution’, which was published in November, is a typical piece of slapdash climate policymaking. It is big on hyperbole, setting bizarre, unrealistic goals, while short on detail of how to reach them. It contains no meaningful evidence of the government ‘building back’ at all, let alone ‘better’.

The Committee on Climate Change has tried to use this policy vacuum as an opportunity to advance its own plan in its Sixth Carbon Budget report, which incorporates some of the ‘recommendations’ produced by the Climate Assembly. But as I reported previously on spiked, the bureaucrats and academics involved with the Assembly, including the CCC, have taken extraordinary liberties with the Assembly’s report, claiming support for policies that the Assembly had rejected.

Yet more chaos was unleashed into this mix when, last month, a leaked memo revealed some of the price rises the government was considering to achieve the Net Zero target. The backlash was such that by the same evening, Downing Street appeared to have nixed the idea. Boris Johnson’s rejection of these price rises was reiterated this month in an interview with the Sun. Again the PM only spoke of upsides to his Net Zero agenda, including an ‘economic bounce back’ and an imminent ‘technological revolution’.

But which is it? Taxes and the draconian regulation of our choices – as every green academic and organisation outside of government seems hell bent on – or the unicorns and rainbows that have been promised by every government and political party since John Major? Nobody seems to know what Net Zero means, nor how it can be achieved, nor how much it will cost.

The PAC is right. There is no plan. There is no agreement on how to achieve Net Zero. Perhaps there is no plan because – for the time being at least – nobody who is accountable to the public dares to explain to the public what a plan might look like. It is left to lofty academics, special interests and environmentalist zealots to demand policies that the public is certain to reject.

It is worth reiterating the facts here. The UK climate agenda, despite being three decades old and having faced zero political opposition, lacks anything resembling popular support or democratic legitimacy. It is dependent on technology that does not yet exist or is not yet proven to be economically viable. It has not once been subjected to an independent cost-benefit analysis. It has been jealously guarded from its critics by its advocates, who will merely smear any criticism as ‘science denial’. None of its advocates will admit to the public what it means for them, stressing only the upsides of green utopia. None of the institutions charged with delivering it seem to have settled on a plan, despite a long-standing cross-party political consensus, and the alignment of national and local governments, all government departments and bodies, academia, civil society and NGOs, and the media.

So why don’t they just ask the public? Put it to a vote? Probably because the one thing that all these useless chancers know for sure is that the answer is going to be: Net Zero? No thanks.