The Labour leader is just another regurgitation of metropolitan-elite orthodoxies. 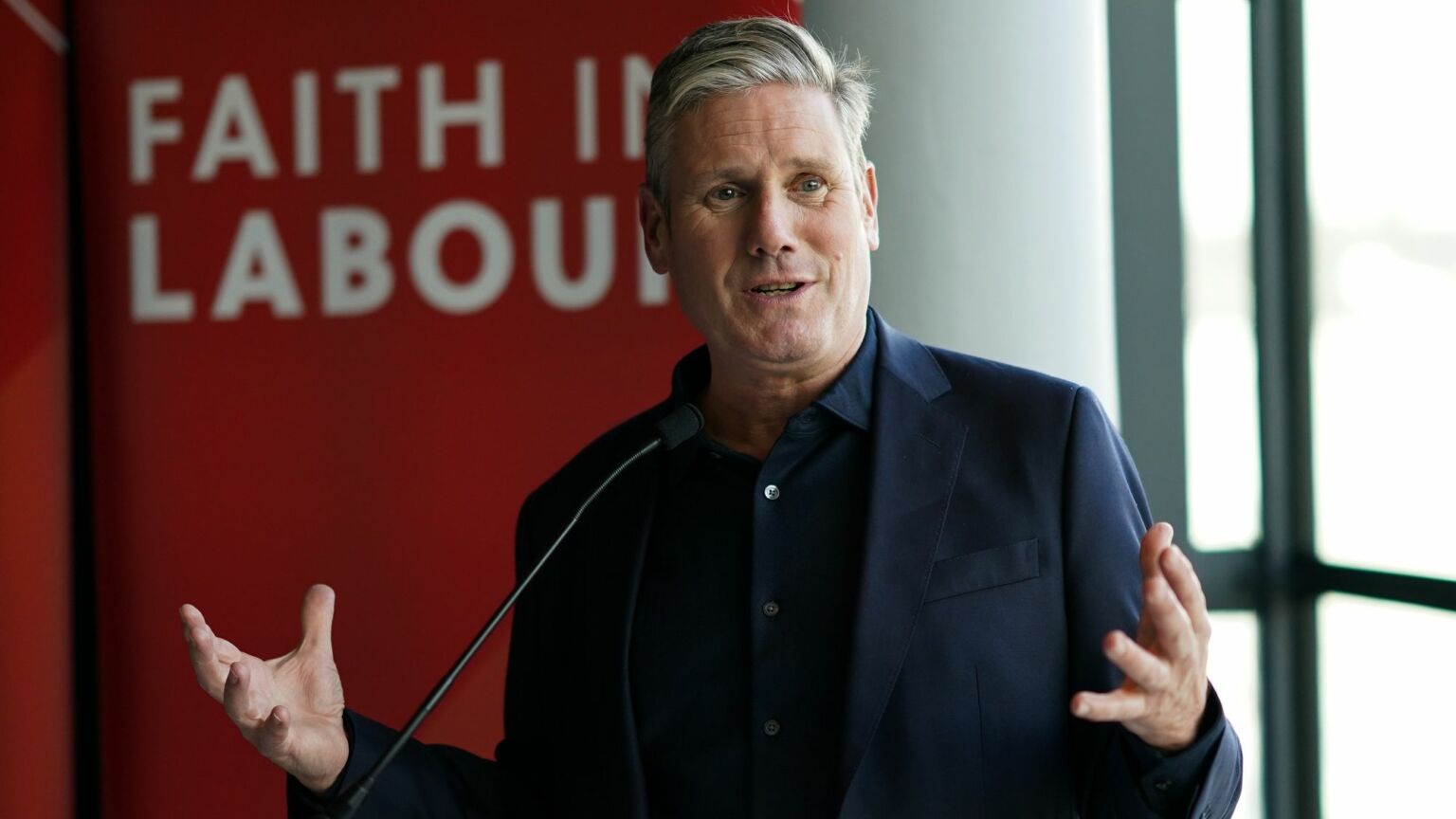 Oppositions don’t win elections – governments lose them. No other adage can better sum up the strategy and the philosophy of Labour leader Sir Keir Starmer. And if recent polling is anything to go by, Starmer might soon be vindicated. Tory PM Liz Truss’s ‘mini-budget’ – her first major act in office – seems to have triggered a mini-meltdown in the UK economy, shredding her administration’s popularity in the process.

The result is that Labour is now riding sky high in the polls. Just after Labour wrapped up its autumn conference in Liverpool this week, a YouGov poll carried out on Thursday put Labour an astonishing 33 points ahead of the Tories. This is Labour’s highest ever score in the polling company’s history, and the highest lead the party has recorded in any published poll since the 1990s. Keir Starmer is odds on to become the next prime minister.

The Labour Party conference offered some clues as to what this might mean this week. There is no mistaking that Labour is Starmer’s party now. Unlike in recent years, there were no major policy rows at the Labour conference. There were no jeers from jilted Corbynites during the leader’s speech, and no one tied themselves in knots over whether a woman can have a penis. For the first time, the UK got a glimpse of Starmerism.

However, Starmer’s Liverpool speech raised more questions than answers. Not least because it was less an attempt to set out a vision for the UK than an exercise in triangulation.

For those of a centrist bent, Starmer was sure to quote Tony Blair, declaring Labour the ‘political wing of the British people’. For others, Starmer was channelling the vision of Blue Labour – a mixture of left-wing, social-democratic economics with a more conservative outlook on social issues. You could see this in the conference’s ubiquitous use of the Union flag, in Starmer’s insistence on singing the national anthem and in his keynote speech, when he promised to put ‘country first, party second’. Starmer even tried to present himself as a born-again Brexiteer. The architect of Labour’s disastrous second-referendum policy argued in Liverpool that Truss’s free-market dogmatism was at odds with the Brexit people voted for.

Even some on the Labour left, scarred by the brutal defeat of Corbynism, were keen to praise the nods Starmer made to nationalised energy. ‘The left is winning’, argued Jeremy Corbyn’s former policy adviser after Starmer’s speech.

In truth, the policy substance was largely a ragbag of metropolitan-elite orthodoxy, coupled with some tinkering with the tax system. Much of Starmer’s ‘vision’, such as it is, could have easily been set out by any Labour leader of the past decade, bar Corbyn. Even the Blue Labour notes, which our ever-excitable commentariat has talked up as a peace offering to the betrayed Red Wall, were a big part of Ed Miliband’s offer in 2015. Just think back to that infamous ‘Controls on immigration’ mug, a clumsy attempt to repair the damage from 2010’s Gillian Duffy moment, when Labour PM Gordon Brown revealed his contempt for his party’s erstwhile working-class base.

In many ways, it was hard to distinguish Starmer’s offer from those put forward by recent Tory governments. Windfall taxes on energy and nationalised rail have all been taken up to some degree by the ruling party.

One of Starmer’s most strained attempts to put some clear blue water between himself and the Tories was in his emphasis on ‘green growth’ and his call for a new, nationally owned renewables firm, ‘Great British Energy’. But, in reality, there is an iron-clad, cross-party consensus in favour of all things green. Climate change is the elite’s primary obsession, despite the extraordinary hardship green policies are likely to impose on ordinary people.

On the culture wars, what Starmer didn’t say was far more instructive than his party’s stagey rendition of the national anthem. He made no reference to trans issues or to BLM or to any of the free-speech outrages that are currently afflicting Britain. Yet, given that every wing of the British establishment is institutionally woke, to say nothing on these issues is to tacitly endorse this drift. Labour MPs, elsewhere at the conference, were certainly keen to promote even the most regressive identitarian talking points.

And for all the talk of Starmer’s new economic radicalism (the state-owned green-energy firm being the only real example), there was little to suggest that his Labour Party wants a serious break with neoliberalism. As Truss’s mini-budget sent the City into a panic, Starmer was keen to amplify the markets’ judgement, to present himself as a man of sound money and economic prudence. Starmer even ran with the IMF’s outrageous demand for the government to change policy. Ironically, not long before the market meltdown, Starmer had backed the government’s most expensive tax cuts – including the cut to the basic rate of income tax and the cut to national insurance.

All this raises questions as to how Starmer would react when under pressure himself. Having no obvious economic ideology, how would a Starmer government respond if any of his policies set off a wobble in the bond markets? Having refused to condemn the rise of woke intolerance, how will he react to the ever-shriller demands to gender-neutralise and racialise public life? And having flip-flopped over Brexit, would Starmer cave in to EU demands on the Northern Ireland Protocol or on other flashpoints in the future?

A politician without ideology is always a dangerous thing. It is even more dangerous in a context where we have a regressive establishment on the march. A Labour government would let its worst tendencies run riot.