The culture war over the ‘Olympic Spirit’

Tokyo 2020 has been a clash between sporting excellence and woke nonsense. 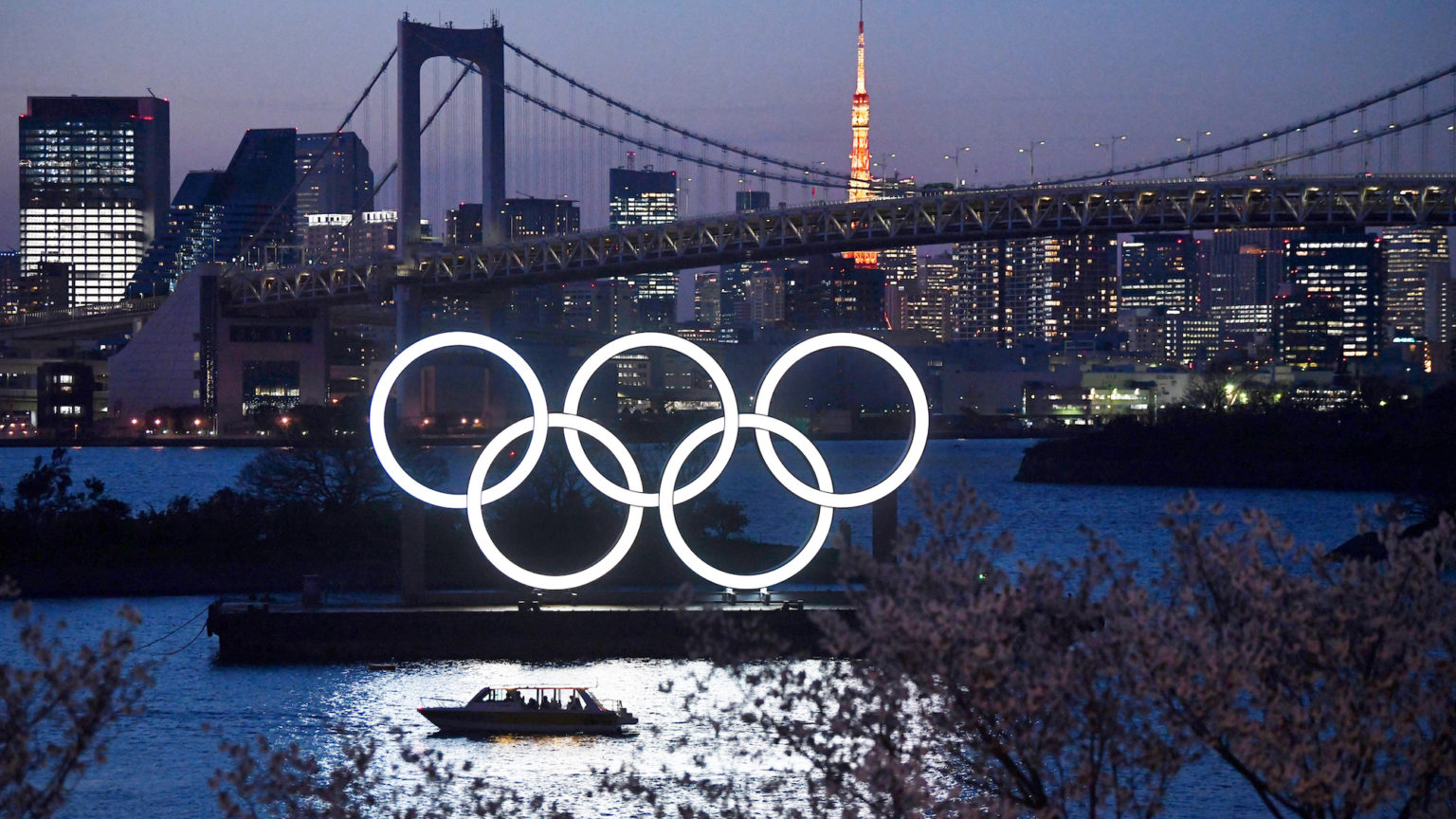 As many of us had hoped, the Tokyo Olympics have been lit up by extraordinary sporting performances that have risen above all the pre-Games predictions of doom. Yet, as some of us had feared, Tokyo 2020 has also become a political battleground where competitive wokeness has run riot, playing havoc with the Games. We are witnessing a culture war over the meaning of the ‘Olympic Spirit’.

The Tokyo athletics track has been set alight by several blazing new stars. Sifan Hassan, the amazing Dutchwoman, has already won the 5,000 metres and is going for an unprecedented treble in the 1,500 and 10,000-metre finals. Norwegian Karsten Warholm broke his own world record in winning the 400-metre hurdles – a performance so breathtaking one could almost forgive his ‘Superman-style’ vest-ripping reaction.

Nearer home, ‘Team GB’ has stirred something of a feelgood factor by piling up the medals in the swimming pool and more fringe events. Adam ‘the Beast’ Peaty, Britain’s double-gold medallist in the 100-metre breaststroke, is just the sort of single-minded monster you want representing you in the Olympics. You have to admire Charlotte Worthington, whose freakish backflip on a BMX bike won gold, and our 13-year old skateboard bronze-medallist Sky Brown, even if some of us old fogeys might think their sports look more at home on YouTube than on Mount Olympus. Britain has enjoyed less success this time where it really matters – on the athletics track – though it was good to see the wide-eyed joy of the three young women who ran in the 800 metres final, where Keely Hodgkinson declared taking her silver medal (behind America’s Athing Mu), to be ‘absolutely mental!’.

So far, so Olympian. Yet amid all the glittering sporting gold, there has also been a lot of cultural trash and political crap, as Tokyo lives up to expectations that it would be the ‘Woke Olympics’. There is too much of this stuff to mention here, although running lowlights might include the continual media emphasis on competitors’ apparently fragile mental health over their athletic and psychological strengths, and the attempt to focus on their cultural identity more than their sporting achievements.

This amounts to nothing less than a culture-war battle over the true meaning of the ‘Olympic Spirit’. There has always been a tension in this concept, since it was first defined by Baron de Coubertin, French founder of the modern Olympics. The Baron famously declared that, ‘The important thing in the Olympic Games is not winning but taking part, just as in life, what counts is not the victory but the struggle’. Yet Coubertin also coined the Latin motto of the Olympics (allegedly ‘borrowed’ from an athletics-loving priest), ‘Citius, Altius, Fortius’ – ‘Faster, Higher, Stronger’, with its obvious emphasis on winning and being the best.

This tension over the meaning of the Olympic Spirit has been exacerbated in Tokyo by the thick cloud of wokeness enveloping the Games. Not only has the ‘taking part’ aspect been elevated over the winning, but it has also been rewritten. What really matters this time, it seems, is not just the taking part but ‘who’s taking part’, with the focus on the racial, sexual, gender or other identities of the competitors. And the ‘struggle’ attracting all the attention is not Coubertin’s sporting one, but the struggles against oppression, white privilege, transphobia and to protect their mental health that so many Tokyo competitors are apparently engaged in.

So we witnessed the transformation of America’s gymnastic superstar, Simone Biles, from poster girl for the Olympic Games to poster girl for therapy culture, after she dropped out of several events citing mental-health issues. The problem here, as Brendan O’Neill observed on spiked, was not so much Biles’ personal decision as the praise that was heaped on her for backing out – and the bile then directed at anybody who questioned whether that was the way for an Olympic champion to defend her titles. In a similar vein, when British canoeist Mallory Franklin took silver, much of the media focus was on ‘the torment of perfectionism’ she had apparently suffered.

There was also the widespread unquestioning praise for Laurel Hubbard, the trans weightlifter who was allowed to enter the women’s competition. The BBC published a 3,000-word online hagiography of this ‘reluctant history-maker’, complete with dubious claims from experts about there not really being much hard evidence of a difference between men and women athletes in strength and speed sports. (Anybody watching men and women compete in the mixed-relay events in Tokyo might beg to differ, based only on the evidence of their own eyes.) When readers posted comments questioning the scientific basis of the BBC’s pro-Hubbard propaganda, the Beeb even threatened to report them to the police for expressing hatred.

The meaning of ‘winning’ in the Olympic Spirit is effectively being redefined. Thus Biles’ return to finish third in the balance beam event was hailed in banner headlines as her ‘triumph’. Never mind that she had been expected to repeat her multiple gold-medal haul from the last Games in Rio — what mattered most to the woke media and her social-media fan club was that Biles had won her ‘struggle’ with her mental-health demons sufficiently to get on the beam at all. The name of the 16-year-old Chinese girl wonder who actually won the gold medal in the beam final hardly got a look-in. (It is Guan Chenchen, by the way, in case anybody’s interested.)

There was also the spectacle of two high jumpers, Italy’s Gianmarco Tamberi and Mutaz Barshim of Qatar, agreeing to share the gold medal rather than face a jump-off to decide who won. This almost unprecedented concession was widely praised as a great display of sportsmanship and ‘the true Olympic Spirit’. Pardon us old-fashioned curmudgeons who rather saw it as bottling out of a sporting contest when it mattered most. ‘This is beyond sport’, Barshim said: ‘This is the message we deliver to the young generation.’ I would rather they took inspiration from the example of Tamberi’s Italian teammate Marcell Jacobs, who won the 100-metre gold against all the odds, moments after the high jumpers ducked under the bar.

None of this wokeness has been a spontaneous outburst from the athletes. It has been encouraged and even institutionalised from the top down, by the Olympic authorities, media giants and corporate sponsors. The International Olympic Committee has even added a fourth word to its ‘Citius, Altius, Fortius’ motto – ‘Communis’, meaning ‘together’, in an apparent bid to capture the ‘we’re all-huddling-in-the-bunker’ spirit of the Covid age. As I noted on spiked previously, ‘A worthy sentiment for PR purposes no doubt, but it wasn’t a community spirit that drove past Olympic heroes to set new standards of human athleticism through cut-throat competition on the track’.

Olympic bosses also changed their own rules pre-Tokyo to allow taking-the-knee type political gestures for the first time. They insisted that political stunts would still be banned from the medal podiums, but US shot-putter Raven Saunders was met with instant praise rather than punishment when she crossed her arms above her head while receiving her silver medal. The sentiment behind her protest seems unlikely to have ruffled many feathers in high places. ‘It’s the intersection of where all people who are oppressed meet’, Saunders said when asked what the crossed-arms thing was all about.

The safe, conformist form of woke political gestures in Tokyo was inadvertently confirmed by silver medallist Emily Campbell who, after taking Britain’s first-ever medal in women’s weightlifting, declared that she would ‘like to thank the NHS’ for helping her get there.

Oh well. Let us just hope that the final few days of the Games bring some more spectacular athletic achievements to put all of the nonsense back in its place. As Baron de Coubertin said of his original Olympic motto, Faster, Higher, Stronger, ‘These three words represent a programme of moral beauty. The aesthetics of sport are intangible.’ The moral beauty and intangible aesthetics of sporting excellence are always our best hope of blowing away the clouds of politico-cultural crap that hang over the Olympics.

The fighting Olympic Spirit was perfectly captured by Sifan Hassan of the Netherlands who, after falling and being left trailing late in her 1,500 metres heat, got up and came back to win the race – and then went on to win gold in the 5,000 metres, with the chance of two more to come. That is my kind of Olympic ‘history-maker’.