Will Covid and wokeness kill the Olympic spirit?

Let’s hope the Tokyo Games can rise above all the miserabilism. 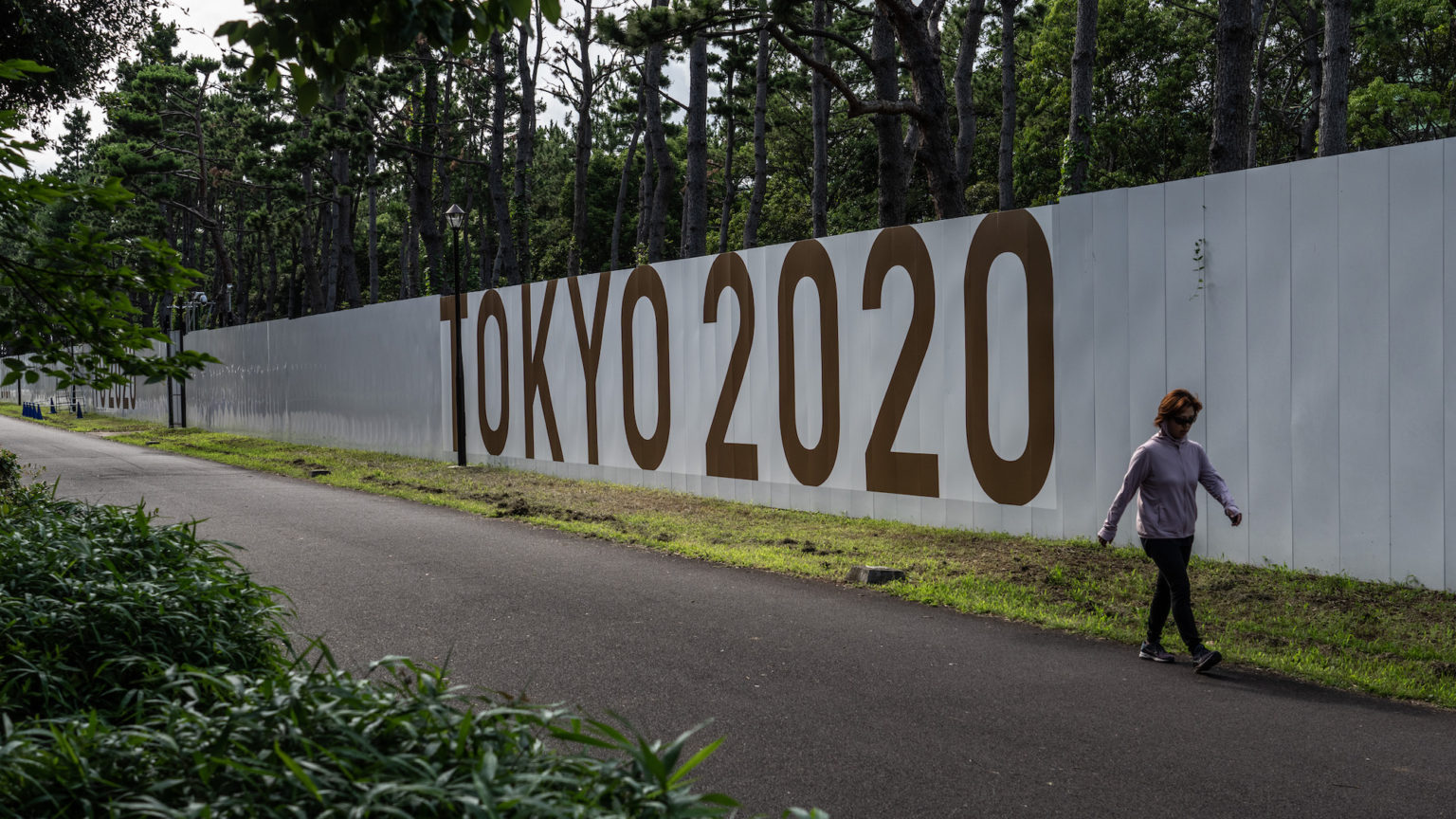 Even by the disaster-prone standards of the Olympics, the run-up to the Tokyo Games has appeared disastrous on an Olympian scale.

Postponed from 2020 in response to the global Covid pandemic, the Games are now taking place in the middle of a Tokyo state of emergency; polls suggest most Japanese don’t want them to happen at all. There will be no spectators at major events, where some competitors will also be missing due to Covid-related isolation or anxiety.

Many nervous athletes are dodging Friday’s showpiece opening ceremony; also missing will be the ceremony’s show director, fired at the last minute for telling a Holocaust joke 23 years ago, and the musical composer, who stepped down this week after admitting bullying disabled students when he was at school. The organisers have still not ruled out the possibility of cancelling the ceremony, or indeed the entire Olympics.

When the chief executive of the Games said, with Japanese understatement, that ‘These negative incidents will perhaps impact the positive message we wanted to deliver to the world’, it almost brought to mind Emperor Hirohito’s surrender statement that ‘the war situation has developed not necessarily to Japan’s advantage’, after the Americans dropped the Bomb on Hiroshima and Nagasaki.

But come on, everybody! Every modern Olympics has started under a cloud of scandal, cynicism and corruption. The 2016 Rio Games were widely predicted to be the ‘worst Olympics ever’. Even the 2012 London Olympics, now warmly recalled as a huge success, were beset beforehand by gloomy rows about everything from terrorist attacks to ticket prices and traffic jams.

Once the Games proper begin, however, all of the miserabilism and moping has usually been swept away by the magnificence of the athletic spectacle. The pulse-racing competition between the world’s top athletes has quickly made us forget the deadening crap that went before it. That’s why I wrote on spiked in 2016, amid the pre-Rio ructions, that ‘The worst Olympics are the greatest Games on Earth’.

Hopefully the same will be true of Tokyo. Hopefully. But this time, I’m not quite so sure. A combination of the Covid crisis and the woke political attacks on the Olympics is casting a long, dark shadow over Tokyo. There must be a real danger that it could kill the Olympic spirit – and the public appetite for the Games.

The intense feelings of fear, caution and safety-first engendered around the Covid crisis are hardly compatible with the traditional Olympic slogan of ‘Citius, Altius, Fortius’ – Faster, Higher, Stronger. Indeed, in an apparent attempt to embrace the we’re-all-huddling-in-the-bunker spirit of the Covid age, the International Olympic Committee has just added a fourth word to that official motto – ‘Communis’, meaning Together. A worthy sentiment for PR purposes no doubt, but it wasn’t a community spirit that drove past Olympic heroes to set new standards of human athleticism through cut-throat competition on the track.

Then there is the problem of the woke politics seemingly affecting every aspect of the Tokyo Games. We have witnessed rows over everything from a trans weightlifter being allowed to compete in the women’s sport to the demand that black swimmers be allowed to wear ‘Soul Caps’ that fit their natural hair but don’t comply with the rules. And the threat of political protests, along the lines of Black Lives Matters and taking the knee, hangs over these Olympics from the Opening Ceremony to the medal podiums.

Of course, there is absolutely nothing new about political conflicts being part of the Olympic Games. The modern Olympics were founded in the late 19th century by France’s Baron de Coubertin partly as an attempt to imbue a new martial spirit in his country’s youth, inspired by the English public-school system and the legend that the battle of Waterloo had been won on the playing fields of Eton.

Ever since, great power politics have been a running theme of Olympic competition, first through the age of empire and then the era of the Cold War. Some of the greatest moments of Olympic history have been created when athletics meets politics — think, for example, of the black American sprinter Jesse Owens winning four gold medals at the ‘Nazi Olympics’ in Berlin in 1936, and then being snubbed not by Adolf Hitler, but by his own US president, Franklin D Roosevelt.

It would be naive to imagine we could keep politics out of the Games, even if we wanted to. So does it matter that the prevailing politics at these Olympics will be wokeness rather than imperialism or anti-Communism? It might well. Because there is surely a difference between trying to use the Olympic spirit for political ends, as many have done before, and pursuing woke anti-Olympian politics.

On every front, wokeness is at odds with the Olympic spirit, from the insistence that people should be judged on the basis of their identity rather than their achievements to the notion that competitive sporting patriotism is an embodiment of racism and white supremacy.

Thanks to the supine surrender of the Olympic establishment – which has changed its rules to allow political protests – and the global media, this woke grandstanding could affect the way that the actual sporting events are presented, and not only by allowing a failed male weightlifter to compete in the women’s contest.

The fear is that too much of the focus will be on the athletes’ identities and their personal political stunts, rather than on their striving to be the fastest, highest or strongest. One writer in the New York Post goes so far as to predict that ‘The Olympics are doomed’, because ‘an event that is meant to bring peoples together in the name of sport must become a woke circus on a world stage where bad-faith actors can take advantage. The anthem will become another kneeling-type BLM controversy. The flag is to be treated as a racist symbol – perhaps as part of a political stunt from a Nike-sponsored athlete with a new range of sportswear coming out soon.’

Those planning BLM-style protests in Tokyo will no doubt compare themselves to the two American sprinters who made the famous black-power salute during the medal ceremony for the men’s 200 metres in Mexico, 1968 – the most memorable Olympics of my lifetime. But the differences are striking. America in 1968 was genuinely a far more racist and racially divided society than it is today. And when Tommie Smith and John Carlos bravely raised their gloved hands on the medal podium, they were met with the fury of the US and Olympic establishment and kicked out of the Games. The white Australian silver medallist Peter Norman, who backed their protests, was also ostracised.

By contrast, the expected BLM stunts in Tokyo will be pushing at an open establishment door. What sort of ‘protests’ are supported by the powers-that-be? The IOC insists it will still draw the line at allowing political gestures during medal ceremonies – but we shall see.

What we really need to see are some extraordinary athletic performances that can elevate these Olympics and rise above all of the sound and fury signifying nothing. Looking in advance, it seems unclear where these might come from. The men’s 100 metres looks a shadow of its former self, without stars such as Usain Bolt or even Justin Gatlin. The women’s 100 metres looks a more promising spectacle, though that too is missing its potential gold medallist in America’s Sha’Carri Richardson, banned for a month after testing positive for smoking dope. That ridiculous ban – when was cannabis ever a performance-enhancing drug? – has inevitably and equally ridiculously been denounced as evidence of a drug war against black Americans.

One thing ought to be clear. If athletes want to stage political protests, they should first have to earn the right to a platform through their achievements on the track or field. Few outside the woke Twitterati are genuinely going to be interested in the antics of American ‘activist athlete’ Gwen Berry, who made news by turning her back on the Stars and Stripes – after finishing third in the US trials for hammer-throwing.

By contrast, Tommie Smith had to win 200 metres gold before he could raise that fist on the podium in 1968. The American favourite for that event this time, Noah Liles, has already raised a gloved fist at the US trials. Will he repeat the gesture on the podium in Tokyo? If so, he is highly unlikely to be hit with the same iron fist of officialdom that sought to crush Smith and Carlos. The other question is, this time, will the woke-weary world still be watching?