A ‘rebound’ to the Old Normal is not good enough

The economic recovery is underway. But we can’t afford to be complacent. 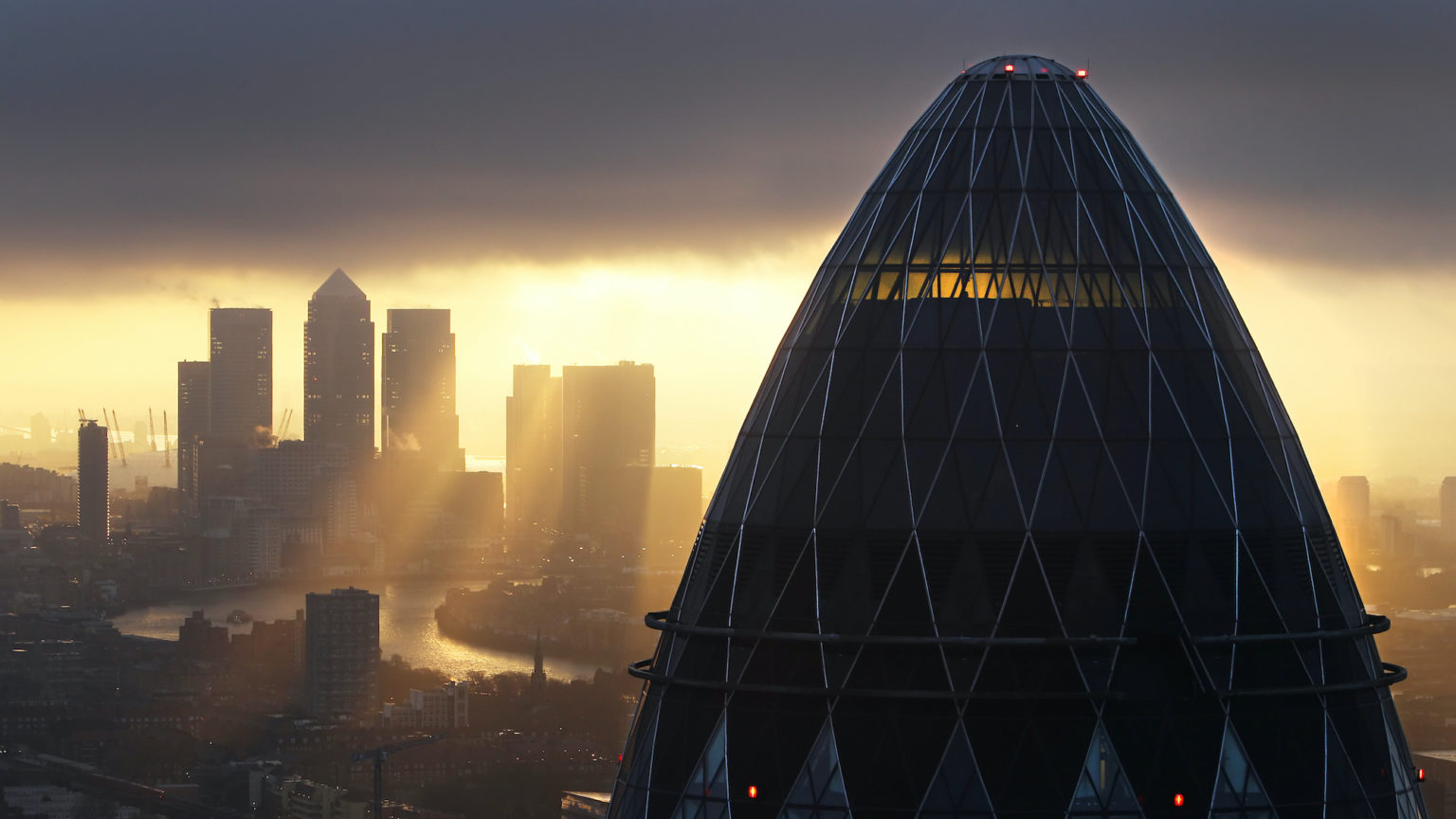 Deep down, you suspect you have a serious illness that needs surgery. However, you’ve been muddling through and putting off the big decision. Meanwhile, you catch a sharp cold which makes you feel horrible. When you eventually recover from the cold, your health seems much better. Of course, this bounce-back is welcome, but it doesn’t resolve your original illness. It would be tragic for you to accept the rebound as a full return to good health and to ignore your continued need for the operation.

This is the kind of complacency many are showing towards the British economy, especially in light of the mounting excitement at the pace of the rebound from the lockdown contractions. Last week, Barclays boss Jes Staley was forecasting the strongest boom since the aftermath of the Second World War. The emerging consensus among economists is only a little less ebullient in anticipating the fastest pace of growth since 1989. The Bank of England’s chief economist, Andy Haldane, who is moving on after June, captured the upbeat mood: ‘As I’ve been saying for months – drawing on the economics of coiled springs, and crouching tigers, and “Chicken Lickens” – I do think more likely than not we are [set] for a rapid-fire recovery. That is coming, and I think that is coming soon.’

The upgraded forecasts for Britain’s economic growth this year and next from the likes of the IMF and the respected EY ITEM Club are quite feasible. The EY ITEM Club also provides some welcome scepticism of the fatalism predicting long-term economic damage from the pandemic. The ‘UK economy will emerge from the pandemic with much less long-term “scarring” than was originally envisaged and looks set for a strong recovery over the rest of the year and beyond’, it says.

However, it is short-sighted to think a rapid rebound over the next year or so will mean a robust long-term recovery. Of course, there is ‘pent-up demand’, especially among the parts of the workforce less disadvantaged financially by the lockdowns – those who were able to continue working from home, ie, mainly higher-paid, white-collar professionals. These more fortunate households are starting to go out to spend on restaurant meals, entertainment outings and planned trips away – predominantly within Britain – and on all the other things previously denied by the restrictions. Out of relief, and having built up some forced savings during their detention at home, they may spend more than usual for a few months. But to expect this rebound reversal to keep going into future years would be daft.

Talk of a ‘great rebound’ could also reinforce the tendency of successive governments to abandon their economic responsibilities. We should beware the government using this recent positivity to continue to ignore the state of secular stagnation that preceded Covid-19. Recall how early last year the current chancellor was claiming that Britain entered the pandemic with ‘a fundamentally sound economy’. This was nonsense.

The pre-Covid afflictions to the British economy won’t miraculously cure themselves. Here are three areas of long-running weakness that remain and have been reinforced by the repercussions of the lockdowns.

Recessions usually impair productivity levels because output often falls faster and further than employment does. This time around, statistics from 2020 look more positive, but this mainly illustrates the ‘batting average effect’: when the lower-order batters aren’t used, the average score rises. Given that lower productivity services such as hospitality, retail and leisure were the most impacted by lockdowns, when these sectors dropped out of the figures, average productivity got a boost.

What matters most to our medium-term productivity prospects are two factors. First, how well these previous low-productivity businesses and jobs revive. And secondly, the balance in new job creation between higher- and lower-productivity employment. Over the longer term, the dominant driver will be the pace of investment in innovation, and the extent to which productivity growth resumes in flourishing areas that can replace the long tail of zombie businesses. Some companies are likely to take advantage of the recent budget announcements designed to incentivise short-term investment, including the 130 per cent ‘super deduction’ relief on plant and machinery expenditure. However, these measures are mainly expected to bring investment forward to 2021 and 2022 – bolstering the rebound rather than changing its underlying dynamic.

The recent rosier mood about the economy has also led many to forecast a lower peak in unemployment than expected. That would be welcome too, though also not good enough. In recent times, the unemployment rate has become a much less helpful indicator of the state of the labour market. For the past half-century, an increasing proportion of the workforce have been finding themselves unable to attain work that provides for a standard of life in line with customary expectations. For a start, some key employment rates have fallen. Fifty years ago, more than nine in every 10 men of working age were employed. In most years now it is less than four in five. Often these non-workers are not included in the unemployment figures, usually because they have given up consistently looking for work.

Just as striking has been the decline in the quality of employment for those in jobs, bringing lower pay and decreased security for many. Most prominent in this decay are those in ‘contingent’ work: zero-hours contracts, short-term contracts, gig work or solo self-employment. Policy economist Diane Coyle estimates that this group represents about one in four workers. These include not just the ubiquitous Uber drivers and Deliveroo riders, but also gym instructors, hairdressers and people working in theatres or hospitality. On top of their insecurity, these roles are more likely to be on lower pay, bring volatile earnings and lack a pension.

The peculiarities of lockdown have resulted in many of these contingent jobs being furloughed or disappearing entirely, while others have expanded as the many people confined at home have become more reliant on doorstep deliveries of foodstuffs and other goods. This disparity between sectors exemplifies the generally uneven impact of the lockdowns on the labour market, with younger people and women with children among those most affected by job losses and reduced employment opportunities. What remains unknown is how many of the five million people still on furlough will have jobs to return to, or to take on elsewhere. Initially the answer will depend a lot on the repercussions of the third feature of this depression: rising corporate indebtedness.

Ever since the turn of the millennium, more British businesses have become stuck in a debt trap. They borrow more to keep going but the debt burden becomes a barrier to growth. Compared to the 1980s, business debt relative to the size of the overall economy doubled to about 80 per cent of GDP at the start of the 2000s, and has oscillated in a band between 70 per cent and 90 per cent ever since. This indebtedness, courtesy of easier financial and monetary conditions underpinned by the Bank of England, has enabled a lot more low-productivity and underinvested economic activities to keep going.

These are the zombie businesses that are just able to cover servicing their existing debt, sometimes reliant on a bit more borrowing to do so, but without the means or the incentives to invest in future growth. Moreover, they also act to clog the economy up and crowd out expansion by stronger firms. Research from the Bank for International Settlements indicates that the zombie share of British firms had grown from low single-digit percentages in the mid-1980s to about one-in-five firms before the pandemic arrived.

Bankruptcies usually rocket in a recession, but not this time: the numbers dropped abruptly as special state measures took the heat off firms, including many that had been on the brink of collapse. The inevitable consequence of businesses being forced to take on government-backed lending during their lockdown closures or contractions has been to extend further the corporate dependence on debt. How well the debt-trapped businesses cope in the coming years will be a crucial determinant of life for many people.

Revenues for many of these firms will jump during the rebound, but will they be enough to service the new debts as well as the old? This itself will depend on the loose monetary and financial conditions that state institutions currently perpetuate. An extra lease of life for some zombie companies would lead to a return to insecure employment for some. However, if insolvencies surge, as the leading insolvency company Begbies Traynor anticipates, then joblessness could jump unless there is enough new job creation to compensate.

The consistent pattern is that whichever core economic problem we look at – dismal productivity growth, poor quality employment, debt-trapped companies – the solution is the same: Britain needs to establish new areas of productive economic activity. Based on the record following the closures of swathes of British industry in the 1980s, we cannot expect these sectors of future growth to emerge spontaneously.

The government faces a choice. Relish the rapid economic rebound that is now on the cards (assuming we are spared another Downing Street tightening of Covid restrictions), and hope for the best when the old problems reassert themselves in 2022 and beyond. Or it could instead raise its ambition by initiating a proper structural transformation of the economy to open up multiple domains of investment, innovation and development.

Fundamentally this requires an overhaul in the direction of government policy. Instead of using policy – monetary, fiscal and regulatory – to try to coddle what exists, the government needs to take responsibility for shaking up the economy and managing the accompanying disruptions. The prime minister already has the slogans but, so far, the content is sparse. Here is a package of measures for Boris Johnson to include in the upcoming Queen’s Speech that would turn his favourite mantras of ‘building back better’ and ‘levelling up’ into specific, concrete policy:

Launch a nationwide set of local task-forces in which workers and other people active in the community can identify their area’s particular economic challenges and opportunities for change. With today’s Whitehall and Westminster so removed from society, bottom-up initiatives have never been more necessary to identify how to apply state levers for best effect.

Upgrade unemployment assistance to individuals and families at least to average OECD levels – an area in which Britain falls far short – to tide over the many people transitioning into new, better-quality jobs.

Wind down the artificial support mechanisms – not just the emergency ones introduced after the lockdowns – that are propping up too many zombie and otherwise torpid firms, sustaining too much poor-quality employment, and congesting the wider economy.

Building on the insights from the local groups, work with the private sector to kickstart new areas of activity and employment, including removing barriers to young businesses, supporting investment in the latest technologies, while boosting basic research programmes to spur additional sectoral expansion in the years to come.

A rebound to the Old Normal is simply not good enough.