The political bankruptcy of Labour paved the way for the SNP. 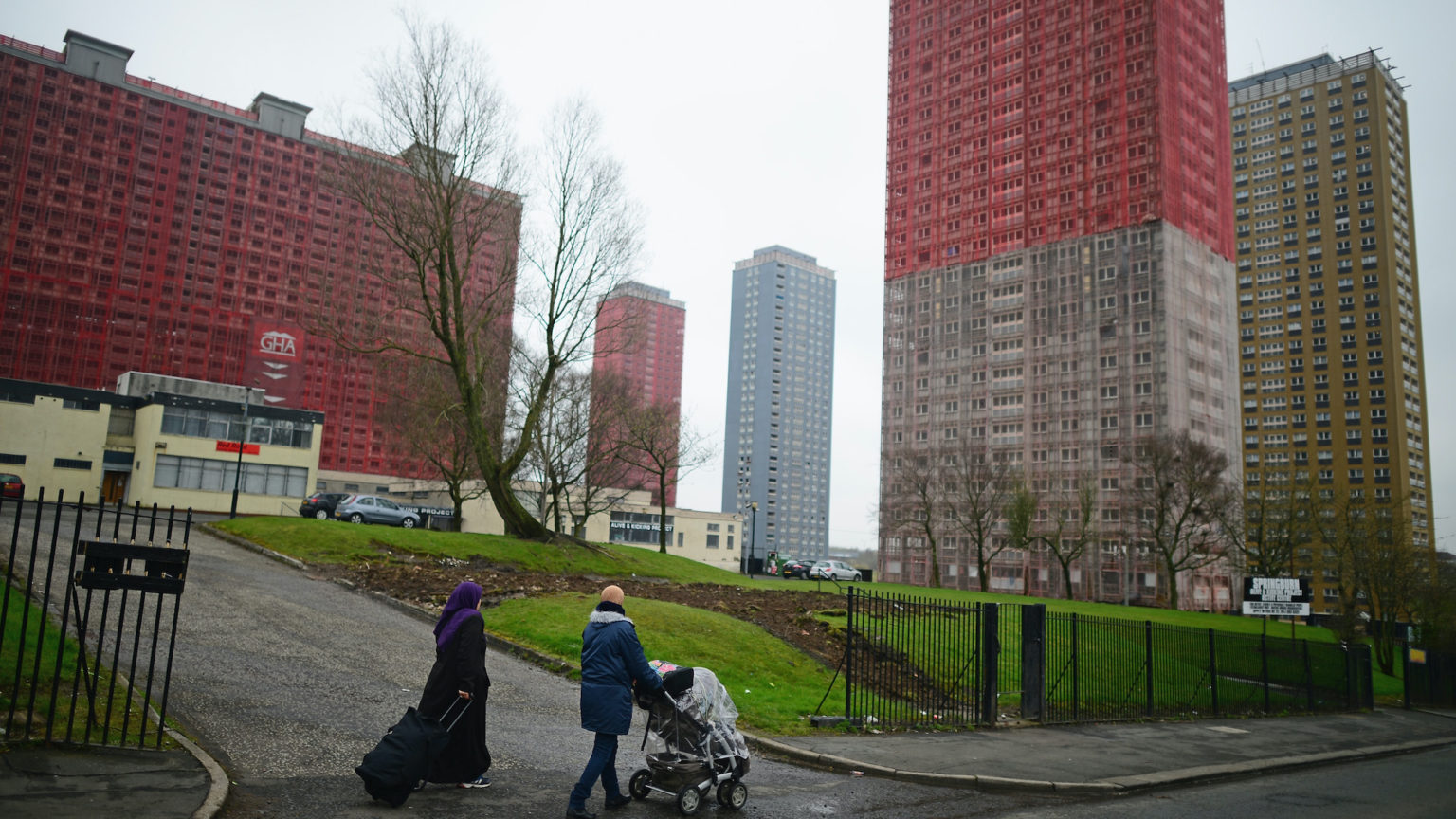 When I was growing up in Glasgow in the 1980s, elections would see a flurry of red posters appear in the windows of the tenements that lined my street. Even the buildings themselves were mostly red sandstone, but you wouldn’t have known it at the time, as they were still coated in a layer of industrial soot. Glasgow was a Labour city, at the heart of a Scotland whose politics were dominated by the Labour Party, having been shaped over the course of the 20th century by trade unionism and socialism.

Today, all seven of Glasgow’s seats in the UK parliament are held by the Scottish National Party (SNP); Labour has only one seat out of 59 in the whole of Scotland. At the last elections for the devolved Scottish parliament, it won three of 73 constituency seats (losing its four Glasgow seats to the SNP), plus 21 additional seats allotted by proportional representation. That puts it in third place behind the Conservatives. Unthinkable in the 1980s.

Nor does it look like Labour is set to improve its fortunes at the next Scottish parliamentary elections in May. Polls suggest it risks losing even more seats. No wonder Scottish Labour’s leader, Richard Leonard, resigned last week – except no one really seems to believe a change of leader will make much difference.

For some, the emergence of the Scottish parliament itself explains Labour’s demise. The rationale was that throughout the 1980s and most of the 1990s, Labour-voting Scotland found itself ruled by a Conservative government in London – the same rationale indeed that led others to support the SNP and full independence. But it took a UK-wide Labour victory under Tony Blair in 1997 to make devolution a reality.

Leading Labour figures in Scotland hoped the Scottish parliament would rob the SNP of its raison d’être. Instead, it provided them with a platform on which to gain credibility for the idea of a Scottish alternative to increasingly moribund UK politics. After two terms in which Labour was able to form coalition governments, in 2007 the SNP became the largest party and in 2011 it won a majority. Since then, the SNP has ruled the roost.

In fact, these days it’s easy to forget that, having earned the right to hold a referendum on independence in 2014, the SNP’s side actually lost. Under Nicola Sturgeon, the party went on to benefit from a return to outright Conservative government at the UK level, and from the Brexit vote in 2016, since a majority in Scotland voted against that too. In a dizzying reversal, the SNP can now present itself as the embodiment of centrist common sense in contrast to the ‘reckless nationalism’ of Boris Johnson’s Britain.

In Scotland as in the rest of the UK, it is Labour’s floundering on the subject of Brexit, more than any domestic constitutional missteps, that points to the cause of its demise. Richard Leonard is on the Corbynite left of the party, but unlike Jeremy Corbyn he has no record of leftist opposition to the EU. Late in December, he clashed with his party’s UK leadership over even its pragmatic support for the government’s Brexit deal. But Scottish Labour cannot outflank the SNP’s opposition to Brexit any more than devolution could trump the case for independence. And it seemingly has nothing else to offer. After the electorally underwhelming Corbyn moment, Labour is back to pursuing the chimerical centre ground, a process that began in the 1980s under Neil Kinnock.

Much is often made in retrospect of the 1988 Govan by-election in Glasgow – when the SNP came from fourth place in the General Election a year before to take what was considered a safe Labour seat – as a harbinger of the SNP’s rise. But in that case, it was the SNP that outflanked Labour to the left. The winning candidate Jim Sillars was a socialist and a former Labour MP who campaigned on the issue of the Poll Tax, an unfair tax that was to be introduced in Scotland ahead of the rest of the UK. Since this came on the back of the Conservatives’ third consecutive General Election victory the previous year, the SNP could present Labour as incapable of standing up for Scottish voters, let alone offering a viable socialist alternative for the UK.

In the subsequent 1992 General Election – with (ill-founded) hopes that Labour could yet form a UK government – Govan returned to the fold, prompting Sillars to complain of ’90-minute patriots’. But voters clearly saw no contradiction between supporting Scotland at football and voting for a UK party they believed could represent their interests. In the event, though, defeat only quickened Labour’s trajectory away from its socialist base and towards another kind of politics.

That 1988 by-election had come after the sitting Labour MP, Bruce Millan, resigned to become a European Commissioner. That really was a harbinger of things to come. Millan was nominated by Kinnock, who would himself go on to be vice-president of the European Commission. Also in 1988, then president Jacques Delors famously addressed Britain’s Trades Union Congress, and promised (dubiously) to deliver at the European level what the domestic struggles of the working class never had. The left Euroscepticism of the likes of Corbyn and Tony Benn became increasingly marginal.

By the time of the 2016 Brexit referendum, Labour was a staunchly pro-EU party even under Corbyn – reflecting the shared perspectives and assumptions of the European political class much more than those of voters. The SNP even more so, with a few dissenting voices – most notably, one Jim Sillars. The difference between the parties is that while the former rode a wave of electoral success as New Labour before being exposed as politically bankrupt, the latter can still hold out the promise that everything would be better in an independent Scotland (within the EU, of course). Would it? If Labour is all that stands in the way, we may soon find out.

Dolan Cummings is the author most recently of Gehenna: A novel of Hell and Earth.