Who will defend free speech?

The Free Speech Wars captures the liberal betrayal of this most fundamental of principles. 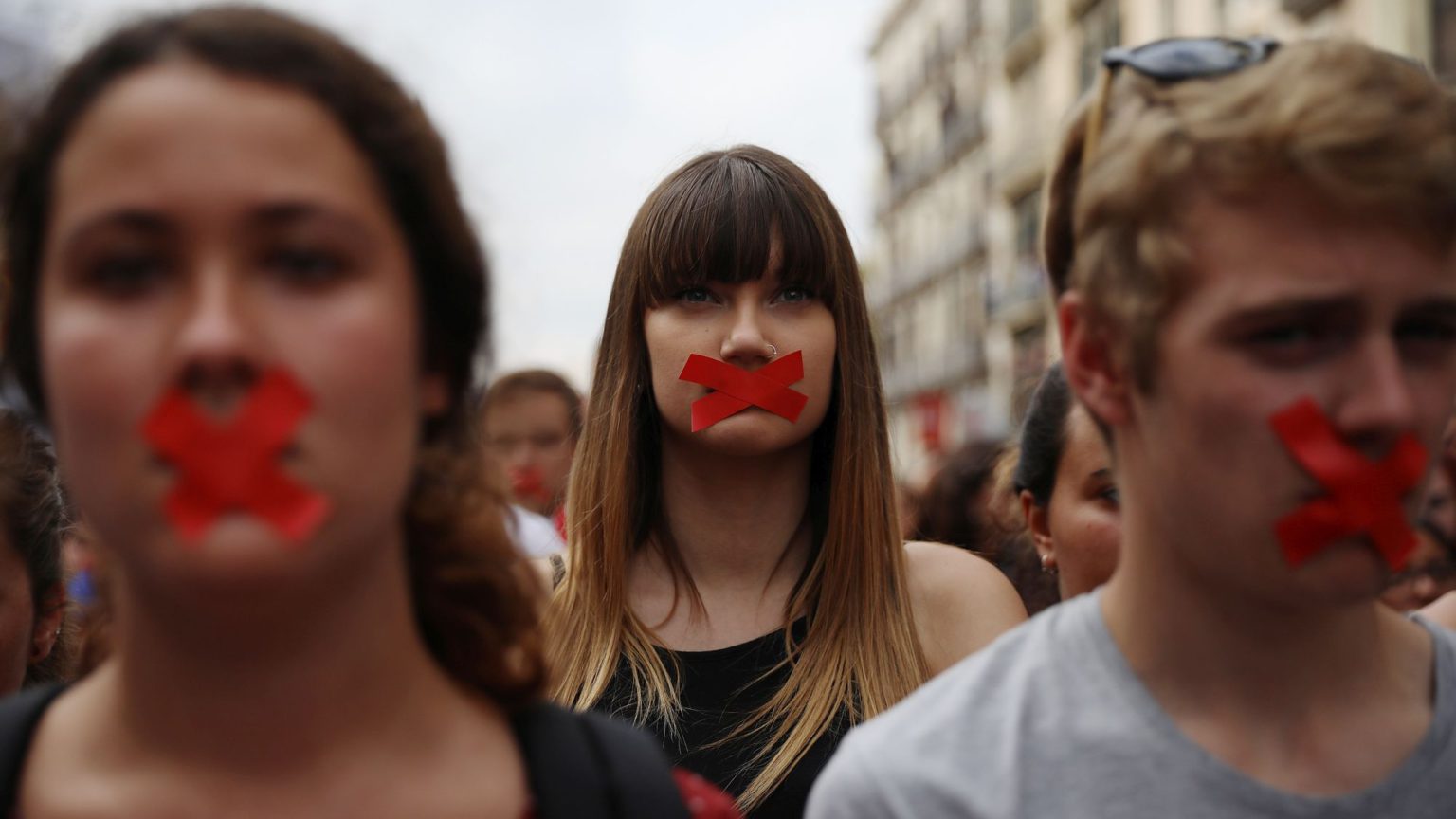 The Free Speech Wars, a collection of essays edited by Charlotte Lydia Riley, is no neutral primer on the current debates and arguments over free speech. Instead, it is a largely one-sided intervention, aimed at restricting this most fundamental of freedoms.

Editor and historian Riley sets the tone in her introduction. She presents freedom of speech as merely one principle among many others, and says that it is often in conflict with social-justice objectives. In this sense, she claims, a defence of free speech is frequently a way of providing cover for far-right bigotry.

Almost all of the 22 essays, written by commentators, academics and activists, follow Riley’s lead. That is, they explore how free speech has been weaponised by malign forces, and ask how we might limit it. The only exception to the general attack on the principle of free speech is a single essay written in its defence by Jodie Ginsberg, former CEO of Index on Censorship.

Riley misrepresents key arguments on behalf of free speech from the outset. Contrary to her gross caricature, no advocate for free speech would deny victims of sexual violence the opportunity to talk together in a women-only ‘safe space’. The problem arises when public spaces in general, such as classrooms or even universities, are regarded as safe spaces. This means that language within the classroom, or on a university campus, can be policed through speech codes, and access can be restricted on identity grounds.

Likewise, free-speech advocates’ criticism of the policy of No Platform – the refusal ‘to provide a platform for a speaker because of their views or affiliations’ – is misrepresented here as a criticism of organisations’ refusal to invite certain speakers. ‘I remain, as yet, sadly uninvited from giving the keynote speech at the Conservative Party conference or presenting the Oscars’, writes Riley, ‘but this does not mean that either organisation No Platformed me’.

But critics of No Platform policies do not think organisations should have to invite anyone to speak. It is their prerogative who they choose to platform. Rather, No Platform’s critics oppose the attempts of activists to pressure a group or organisation into withdrawing a platform for someone – a gender-critical academic, for example – who has already been invited to speak on campus. And they do so solely because they disagree with the views of the invited speaker.

Riley similarly misunderstands the recent history of the free-speech wars. Hence she suggests that today’s free-speech advocacy may be part of a ‘backlash against the Civil Rights movement and women’s rights movement, LGBTQ activists, post-colonial and indigenous rights campaigns of the past 50 or 60 years’.

Yet many who took part in the rights-based and liberation movements of the 1960s actually called for greater freedom of speech. Indeed, such was the demand for more freedom of speech during this period that in the mid-1960s students at the University of California, Berkeley, staged a year-long protest known as the Free Speech Movement.

The Free Speech Wars’ coverage of debates, or cancelled debates, around sex-based rights and transgenderism, is similarly one-sided. People defining a woman as an adult human female are demonised as ‘transphobes’ in several essays, and defended in none. One essay names particular gender-critical feminists, and labels them ‘grifters’ playing to their ‘fans’, ‘extracting money via donations and t-shirt sales and online behaviour’. These ‘charismatic individuals’ are invited on TV and write articles about their views ‘as if they were legitimate’.

This is not analysis. It is mud-slinging. As such, it is entirely typical of the shrill, personalised attacks so characteristic of the wider culture wars. Indeed, such is the nastiness with which arguments over transgenderism are conducted that a rational discussion of the idea that a person can be born in the wrong body, or that children can consent to controversial medical interventions, has become near impossible.

Predictably, the essays in The Free Speech Wars fantasise about the threat of the far right, and claim free speech is being used to justify the promotion of hate. So we are told that people backing free speech ‘want to be able to insult people, or shout slogans, to tell deliberate untruths or incite violence, without facing any repercussions’. Apparently, it is ‘no exaggeration to describe [Jordan] Peterson – or [Donald] Trump, [Boris] Johnson and [Nigel] Farage – as leading enablers of a neo-fascist movement’. We are also told that ‘the aftermath of the Brexit vote’ provided ‘fertile ground’ for ‘proto-fascist ideologues’ who weaponise free speech for reactionary ends.

This collection is not really about free speech as such. It is about what it sees as the problem of free speech, and how we might go about solving that problem by limiting what can be said or written.

Take, for example, an essay touching on the case of Charlie Hebdo, the French satirical magazine targeted to murderous effect in January 2015 by Islamists. It sees Charlie’s ‘anti-Islam rhetoric’ as the problem, not the Islamist gunmen who killed 10 journalists and cartoonists, as well as a maintenance worker and a police officer, for the ‘crime’ of blaspheming against Muhammad. In a remarkable act of victim blaming, the author even claims that Charlie is ‘at the forefront of a global movement to defend the right to vilify others in the name of free speech’.

The Free Speech Wars is dominated by a negative view of free speech. Its contributors only see the harm in free speech, and never its benefits. They always view the public as gullible and passive, and never judicious or independent-minded. Just one essayist worries about the harm posed by censorship, pointing out that the censor’s pen is often turned against minorities. But beyond that there is little on the power of speech to challenge and to inspire, and even less on the importance of allowing different views to be aired and judged democratically.

Free speech carries risks, of course. But The Free Speech Wars reduces it to little more than a threat. It presents free speech as the tool of bad people, the public as gullible and passive, and minorities as victims. And it does so in order to justify policing and restricting speech.

Free speech is too important to be traduced in this way. If taken seriously, it protects people’s right to make their cases to the public. Just as The Free Speech Wars’ contributors have been free to do. And yet it is this right that most of them here seem intent on denying to others.

Jim Butcher is a lecturer and author.

The Free Speech Wars: How Did We Get Here and Why Does it Matter?, edited by Charlotte Lydia Riley, is published by Manchester University Press. (Order this book from Amazon(UK).)