Misguided attempts to eliminate the virus will merely prolong the pain of lockdown. 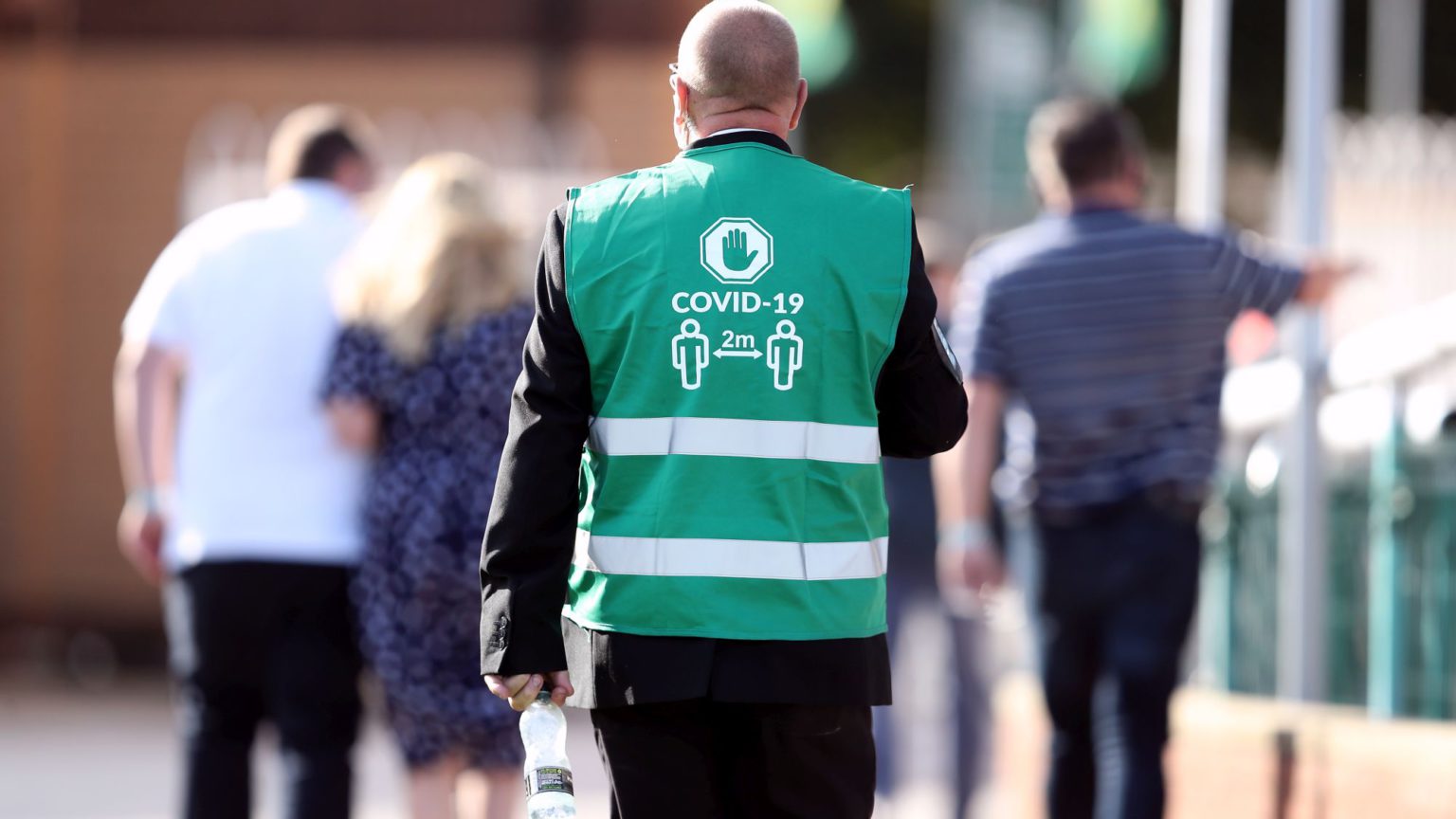 Whatever happened to just ‘flattening the curve’? Governments promised they were only instituting temporary restrictions to prevent hospitals from being overwhelmed with Covid patients. These measures have already well exceeded their remits. Formerly free, democratic countries have had to endure unprecedented restrictions on daily life, with most countries still living under some form of lockdown, social-distancing policies and mandatory mask-rules some six months after Covid reached their shores.

But there are some who want to deepen and prolong these painful restrictions. They are calling for the UK to adopt a ‘Zero Covid’ strategy – to all but eliminate the disease before we return to normal life.

The proposal has been gathering steam. Back in July, ‘Independent SAGE’ – the shadow scientific grouping, mostly made up of Labour Party activists – put out a paper calling for Britain to pursue an ‘elimination’ strategy. It envisaged that this strategy could be followed over the next ‘nine to 12 months’.

Towards the end of August, the All-Party Parliamentary Group on Coronavirus, led by the Lib Dems’ Layla Moran, called on the government to maintain compulsory social-distancing measures ‘until a zero-Covid status’ has been achieved. Last week, these MPs were joined by the Socialist Campaign Group of Labour MPs, which includes Jeremy Corbyn, Diane Abbott and Richard Burgon.

Scottish first minister Nicola Sturgeon has professed similar aims, saying her priority is to move ‘as far as we can towards total elimination’. One of her advisers, Devi Sridhar of Edinburgh University, is a figurehead of the Zero Covid strategy.

It’s important here to distinguish between the ‘elimination’ of Covid – which is what proponents of a Zero Covid approach are calling for – and ‘eradication’. The only disease to have been successfully eradicated in human history is smallpox – the last known case was in 1977 – while polio is very close to being eradicated. Zero Covid, despite its name, tends to mean something like ‘a seven-day rolling average of one new case per million population per day’ (in Independent SAGE’s terms).

The Zero Covid approach starts from the highly dubious assumption that there is essentially no safe level of Covid and it must be eliminated before we can relax lockdown measures. Independent SAGE also argues that ‘strict compliance with restrictions now will make a full return to normality come sooner’.

But this is demonstrably untrue. In Britain, even prior to Boris Johnson’s most recent tightening of restrictions and with an average of over 2,000 new Covid cases per day, illnesses like flu and pneumonia are currently killing 10 times as many people as Covid. And, for now at least, infections are concentrated among the young, who are unlikely to become seriously ill. According to the ONS, in the week ending 28 August, the 101 Covid-19 deaths accounted for just 1.1 per cent of deaths in England and Wales. The current levels of Covid may not be entirely safe, but they are safer than illnesses we have learned to live with, without dramatic interventions.

Even if we ignore these facts and insist that every Covid case is dangerous, would we ever reach a Zero Covid target anytime soon? Devi Sridhar predicted at the end of June that Scotland could be Covid-free by the end of the summer. But the summer is now over and Scotland’s curve of cases – despite its stricter guidelines – is remarkably similar to the rest of the UK. There was a dramatic fall from the April peak, followed by low levels throughout the summer months before an uptick in August.

Back in July, Independent SAGE was extolling the ‘success of other countries such as New Zealand, Australia, Iceland and South Korea in bringing the coronavirus under control’. Notably, Iceland and South Korea did not pursue anything like the lockdown measures imposed on the rest of the world. And just a matter of weeks after Independent SAGE’s paper, New Zealand had discovered new cases and was back in lockdown. Auckland is still restricting gatherings to 10 people. New Zealand’s borders are shut to all but citizens and residents. Deaths from the virus remain low, but it is now effectively cut off from the rest of the world for the foreseeable future.

Australia has suffered even more since its ‘success’ at controlling the virus. Victorians are now living under a police state. The Australian Border Force has denied three in four applications to leave the country. Proponents of Zero Covid say it will make a return to normal faster than relaxing social-distancing rules. Perhaps this state of affairs is normal for North Korea, but not for liberal democracies.

Labour MP Richard Burgon, even with hindsight, manages to make the extraordinary claim that without a Zero Covid policy, ‘we’ll just continue to flit from one crisis to another. People won’t be able to get on with their lives. Businesses won’t be able to plan.’ This sounds like a pretty apt description of the predicament facing New Zealand and Australia – lurching from one lockdown to another.

And given that there is no vaccine yet, the only prescriptions the Zero Covid fanatics have to offer are strict lockdowns and social distancing. Three-quarters of the way through the year of Covid, it’s pretty clear those kinds of interventions are no panacea. Countries that were once praised for their fast and strict responses are now suffering prolonged Covid outbreaks. Take Peru, for instance, which had one of the world’s strictest lockdowns – imposed in early March and enforced by the military – and which now has the world’s highest rate of excess deaths. Nearly seven in 10 Peruvians personally know someone who has died of Covid-19. Argentina began one of the world’s longest lockdowns on 20 March, only for Covid deaths to start steadily climbing in July.

Then there are the consequences of lockdown: for the economy, for liberty and for health itself. A UK government paper estimates that more life-years will eventually be lost to the costs of the interventions than Covid itself.

And yet Covid dominates the headlines and the minds of politicians like no other disease before. The most obscene illustration of this is the UK government’s planned £100 billion ‘Moonshot’ mass testing regime to help bring Britain back to ‘normal’. £100 billion is roughly equivalent to three-quarters of the annual NHS budget and yet it will be spaffed up the wall on a disease currently responsible for just over one per cent of deaths. A SAGE paper warns that the Moonshot project will create 28million false positives in six months. Where would that leave the Zero Covid strategy?

The Zero Covid approach is a recipe for continuous lockdown, lots of pain for little gain. It makes zero sense.