The lockdown has been a catastrophe

A new report estimates that for every three Covid deaths, there were two lockdown deaths. 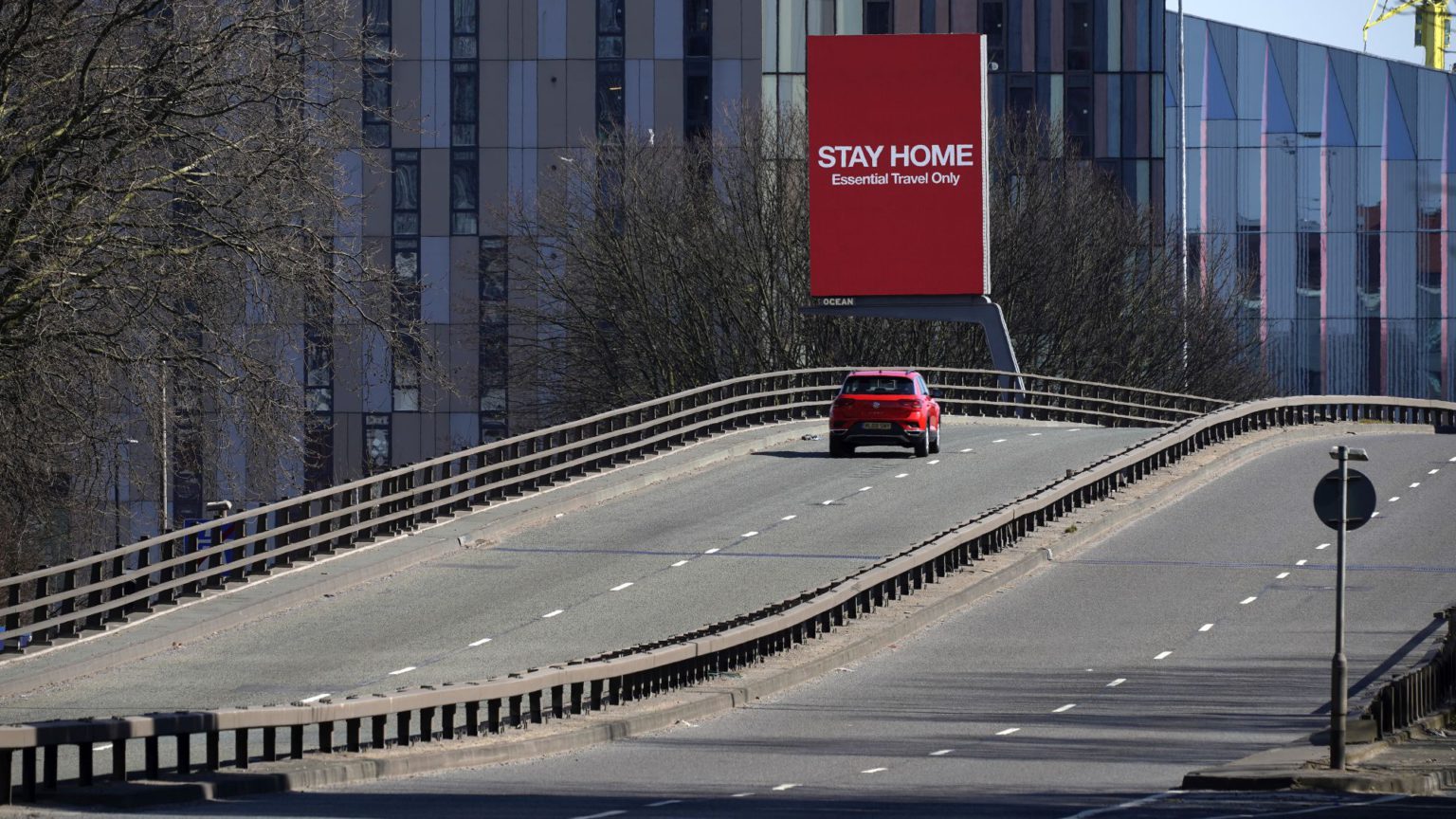 For the past seven weeks, the number of excess deaths in Britain has been below the five-year average. The number of people in hospital with Covid-19 has fallen by 96 per cent since the peak of the pandemic, and deaths in hospitals have fallen by 99 per cent.

Despite the summer heatwave, nearly three times as many people are currently dying in Britain from pneumonia and flu than from Covid-19. The Office for National Statistics (ONS) estimates that at any given time between 27 July and 2 August, just 0.05 per cent of the population not in hospitals or care homes were likely to test positive for Covid.

Barring the possibility of a second wave, the actual Covid epidemic seems to be behind us. But the broader disaster, sadly, is not. A newly released government report from the ONS and other government departments suggests that in the past two months, for every three excess Covid deaths, two more were caused by lockdown. The report is an update of a previous SAGE paper which, back in April, estimated that 200,000 could die from the cost of lockdown.

That the lockdown is contributing to deaths is an important thing to establish. Many have tried to argue that the disparity between the official Covid death toll of around 45,000 and the number of excess deaths of around 65,000 is due to undercounting Covid deaths. Excess deaths should be used to consider ‘the true cost of the pandemic’, especially given the different reporting standards of Covid by different health bodies. Reports like this are important in disaggregating non-Covid deaths from the total, so we can see where our response went wrong.

The latest report does not say there should not have been a lockdown – it even reckons (based on some very dodgy assumptions) that a reasonable worst-case without a lockdown would have led to 400,000 Covid deaths. And of course, any estimates, especially predictions about the future, are fraught with all kinds of difficulties. But the fact that officials are finally starting to grapple with the mounting cost of lockdown is good news.

One of the most striking findings is that while Covid is, unsurprisingly, responsible for the majority of excess deaths so far this year, looking into the future the lockdown itself could be linked to greater morbidity. It calculates morbidity using QALYs – that is, quality-adjusted life years. ‘When morbidity is taken into account, the estimates for the health impacts from lockdown and lockdown-induced recession are greater in terms of QALYs than the direct Covid-19 deaths’, it says. ‘Much of the health impact, particularly in terms of morbidity, will be felt long after the pandemic is assumed to last.’

Behind most of the non-Covid morbidity (past and upcoming) is the fact that the National Health Service was effectively transformed into the National Covid Service. Partly this was down to changes in the health service. Much was also down to the government’s terrifying ‘Stay at Home’ messaging – many desperately ill people were either too frightened of catching Covid or did not want to burden the NHS.

Indeed, the main argument for the lockdown at the time was to ‘flatten the curve’ of cases, to spread the epidemic out over a longer period of time to avoid overrunning the NHS. This report makes clear that there was not a single hospital in the country that reached capacity at any point (though Northwick Park Hospital in Harrow came close). Nor is anyone believed to have been denied critical care because of beds taken over by Covid patients.

Nevertheless, cancer care was effectively put on hold. Urgent cancer referrals were down by 45 per cent on pre-pandemic levels. Radiotherapy machines were lying idle. A&E attendance fell dramatically and there has been a 50 per cent decline in people seeking treatment for heart attacks. According to Carl Heneghan of Oxford University’s Centre for Evidence-Based Medicine, 40 per cent more people died from lower-risk treatable heart attacks than usual. Many patients were also discharged early, which may have contributed not only to their deaths but also the deaths of others (as spiked warned back in April, many untested patients who may have had the virus were discharged into care homes to ‘protect the NHS’).

The problem of lost healthcare is not going anywhere, even as Covid itself recedes from view. A survey by the Royal College of Physicians suggests that the backlog in the NHS could take anything up to two years to clear. Currently, the NHS only anticipates performing 70 per cent of its usual operations this month. The NHS’s target rises to 80 per cent by September, but even by October – some seven months after the Covid peak – the NHS only expects to be doing 90 per cent of the operations it normally would.

Then there is the catastrophic economic impact of lockdown. The Bank of England expects the UK to have the fastest and deepest recession since the ‘Great Frost’ of 1709. To put that into more context, that is a time when Britain had not yet undergone the Industrial Revolution, Louis XIV was still on the throne in France, and the United States of America did not exist.

It is not selfish, callous or greedy to worry about the economy – and particularly a self-induced slump of this magnitude. It is not a case of trading lives for money. As spiked has consistently warned, the economy is people’s lives, and destroying the economy will have a terrible, even fatal, impact on people’s health. In the long run, the SAGE report estimates that the recession could cause between 15,000 and 17,000 excess deaths.

spiked has also consistently warned of the dangers of lockdown to the developing world. The pause in economic activity in the West affects global trade, pushing suppliers into deadly poverty. Some developing countries have themselves shut down, following the Western example, with disastrous consequences as well. The world’s biggest killer is tuberculosis – it killed 1.5million people in 2018 (more than twice as many as Covid has killed so far). But around 80 per cent of TB programmes have reported disruptions in services. Lockdown has presented insurmountable barriers to travel for diagnosis and treatment. One model, based on a three-month lockdown across different parts of the world and a gradual return to normal over 10 months, warns that there could be an additional 1.4million deaths from TB – a near doubling. Lockdown disruption to treatment for malaria and HIV will also have deadly consequences.

Given the absolutely horrendous toll exacted by the measures, it is worth asking if we even needed a lockdown. Although the latest SAGE report does not acknowledge this, we now know – and it was recently confirmed by chief medical officer Chris Whitty – that while Covid deaths peaked in early April, infections peaked and started to decline before the lockdown was introduced. People were already making changes to their hygiene, behaviour and work patterns before they were ordered to stay at home. It is hard, therefore, to picture how NHS capacity might have been breached as a consequence of less restrictive and less destructive measures.

Sweden, which had no lockdown, has had a similar epidemic to other European countries which applied extremely stringent measures. It has still faced economic damage from the virus. But in contrast to the UK’s bleak prospects, it may yet technically avoid a recession.

This is not a question of strict utilitarianism, either. This is not just about balancing different forms of death on a spreadsheet. It also matters that, unlike in Britain, Swedish children have not had their education ruined, its citizens have not had their civil liberties confiscated, democracy has not been suspended, the rule of law remains intact, and people were not deprived of vital human contact.

The Covid pandemic is an extremely serious health challenge. But our response to it has turned it into an unending catastrophe.