Mass testing won’t get us back to normal – it will cause yet more disruption and hardship. 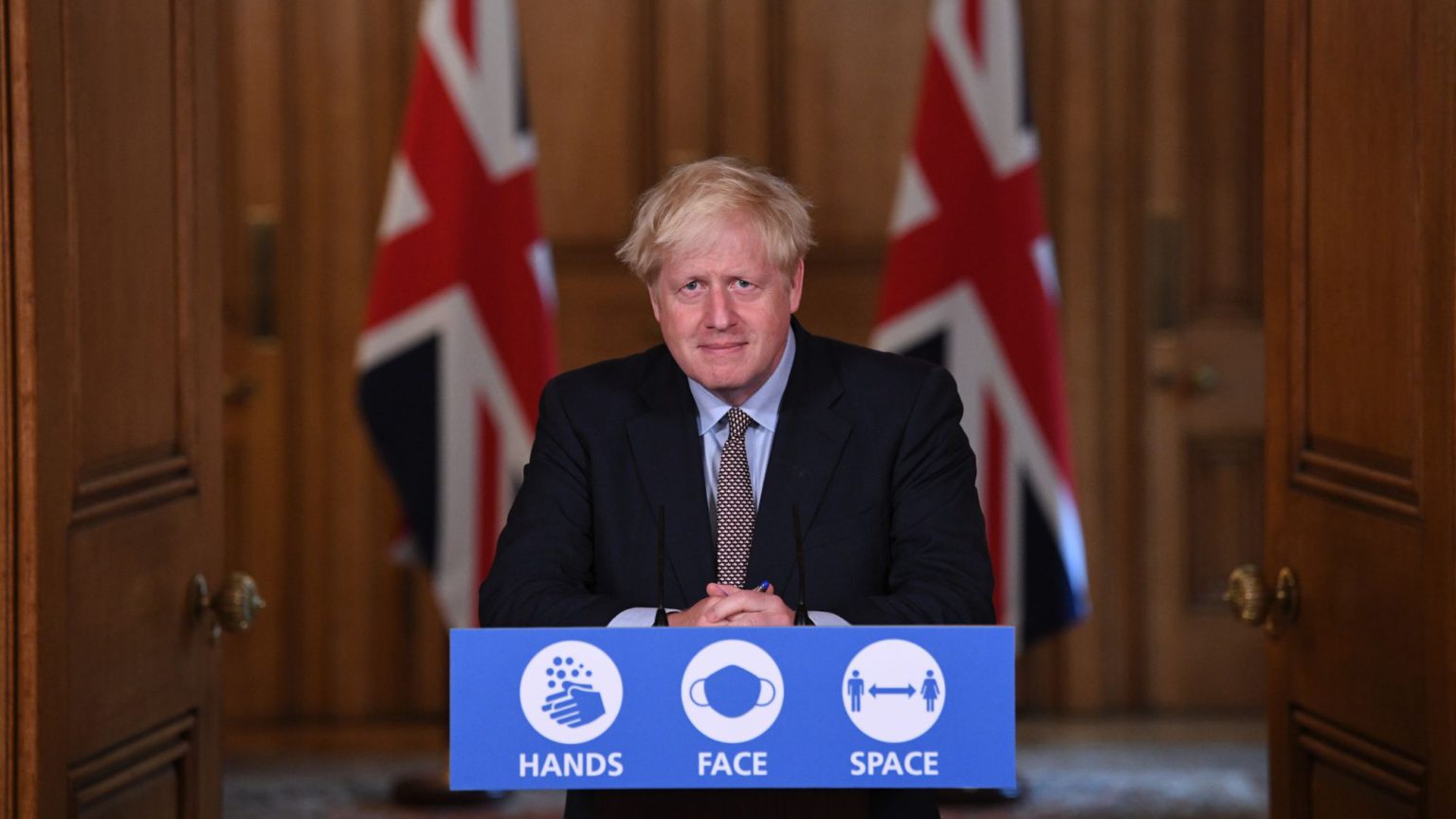 The UK prime minister, Boris Johnson, has announced a ‘moonshot’ strategy for defeating Covid-19 through regular testing of the whole population. Maybe the announcement was a desperate attempt to distract from the imposition of restrictions on social gatherings to no more than six people. But the plan is less Neil Armstrong and more space cadet.

In his press conference yesterday, Johnson said that in the ‘near future’ he wanted to start using testing ‘to identify people who are negative – who don’t have coronavirus and who are not infectious – so we can allow them to behave in a more normal way, in the knowledge that they cannot infect anyone else’. He added: ‘We believe that new types of test which are simple, quick and scalable will become available. They use swabs or saliva and can turn around results in 90 or even 20 minutes. Crucially, it should be possible to deploy these tests on a far bigger scale than any country has yet achieved – literally millions of tests processed every single day.’

According to the Guardian, the details are contained in a Powerpoint presentation titled ‘Moonshot mobilisation: briefing pack’, dated 21 August, containing terms like ‘Mission Team’, ‘Moonshot Headquarters’ and ‘Mission Analysis’. The aim would be to ramp up testing from about 200,000 per day to between two million and four million per day in December. By next year, 10million tests could be done every day. The estimated cost, mentioned in another document, could be as high as £100 billion – almost as high as the total annual budget for the National Health Service.

Spunking the equivalent of three-quarters of the nation’s health budget on testing is simply bonkers, especially when there is a rising chorus of complaints about the NHS running way below capacity as it is. Thanks to the lockdown, detection and treatment of serious illnesses have been hugely delayed. A fraction of the ‘moonshot’ budget could fund a serious turnaround in the state of healthcare or of care homes for older people, for example.

But the maddening madness gets madder still when you realise the implications of all this testing. It would mean possibly millions of people being asked to stay at home and self-isolate when they don’t have the disease or if they have had it and are no longer infectious. That’s because of the problem of false positives.

For example, let us optimistically assume that 99 per cent of the new, super-quick tests that come back positive are genuinely positive and just one per cent are false positives. If 10million people were tested every day, that would mean 100,000 people would be told to stay at home, in complete isolation, when they don’t need to, along with their close contacts. That could quickly add up to millions of people. Far from helping to end disruption, the effect of such mass testing could be very disruptive indeed.

No wonder that Professor David Spiegelhalter, chair of the Winton Centre for Risk and Evidence Communication at Cambridge University, told Radio 4’s Today this morning that ‘statisticians are just banging their heads against a wall over this… There is no indication in the leaked documents that anyone is taking into account this issue of false positives.’

All this needs to be set against the current situation where there are endless reports of people being unable to access testing or being told to travel long distances – even hundreds of miles – to get a test. On top of that, turning test results around fast is crucial to any test-and-trace system. If you have to wait more than a day or so to get a test result, you could easily infect more people before you are asked to self-isolate. Testing labs are already at the point of being overwhelmed.

The false positives question is a live one right now. For example, government statistics note that ‘between 20 August and 26 August, 452,679 people were newly tested for coronavirus… 6,732 new people had a positive result’. That means that 1.5 per cent of those tests were positive. But if the false positive rate is one per cent (we don’t know what the accuracy of the test is), that could mean just one-third of those positive tests were in people who were actually infected.

This is not implausible. One way in which false positives could be produced is because of the way the current PCR test works. As an article by Dr Clare Craig on the Lockdown Sceptics website explains:

‘RNA is a virus’s equivalent of DNA, it is the RNA that allows the virus to replicate. For testing to work, the RNA is first converted to DNA. Because you need adequate levels of DNA to detect Covid-19, the DNA present in the sample is amplified multiple times. After every cycle of amplification, the sample is tested for the presence of Covid-19. The smaller the quantity of original viral RNA, the more cycles it will take for a positive result. However, there comes a point where if you repeat cycles too many times, then samples without viral RNA will also show a positive result.’

The health authorities are starting to get to grips with this problem by keeping tabs on how many cycles were required to get a positive result in each sample. That may help us to identify which cases are likely to be genuine infections. But it is still worrying that new lockdown measures are being justified based on positive test results while more significant measures like hospitalisations and deaths remain low.

But the false positive problem even affects statistics like hospitalisations and deaths. Dr Clare Craig points out that the Covid-19 death rate in hospitals was running at six per cent at the height of the epidemic but is now just 1.5 per cent – which is a mortality rate typical of hospital patients generally. She concludes that ‘either the virus is much less deadly, or the majority of the Covid-19 cases in hospitals in July and August were not Covid-19 and these false positive patients subsequently fared about as well as an average hospital patient’.

While the increase in testing has allowed us to get a better sense of what is going on, we have to treat positive test results with a degree of scepticism. It may well be that the virus is making a bit of a comeback, but we should be careful before we start introducing more restrictions on people until we can be confident that the rise in cases cannot be explained by a significant level of false positives.

As for the ‘moonshot’ testing programme, we might as well stick a few billion quid in a rocket and launch it into space for all the good it would do.