Life without human interaction is hardly life at all. 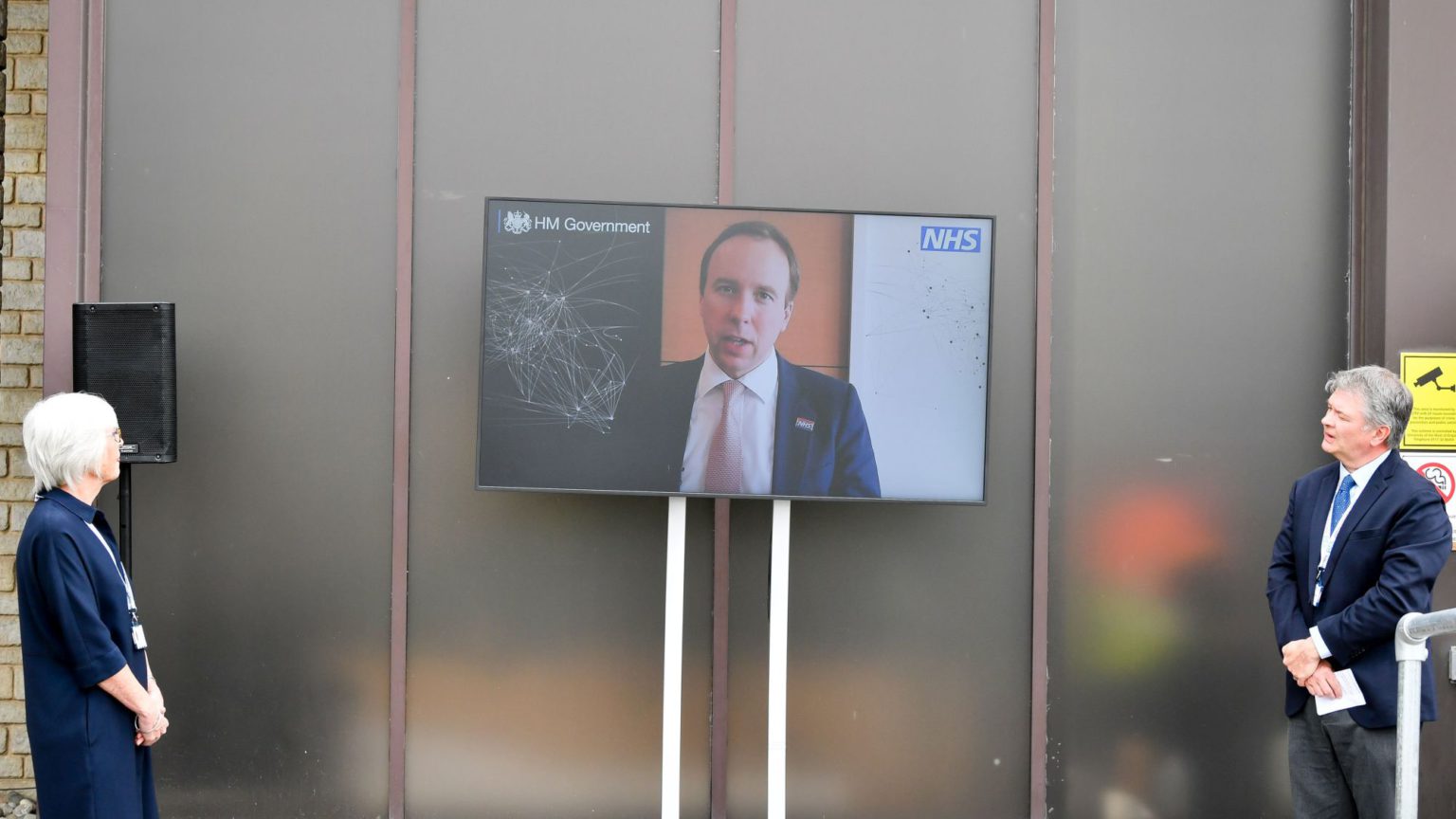 ‘No hugging new friends until coronavirus vaccine is found, says Matt Hancock’, read a headline in The Times on Tuesday. If you want an indication of how mad things have become in corona Britain, it doesn’t get much clearer than that.

The health secretary had been asked when Brits might be able to embrace people outside their own household. ‘Well really, to get to the point where this is totally sorted’, he burbled, ‘it’s when we have a treatment or a vaccine’. Hancock said one could be ‘on stream’ by the autumn. But most say it would take at least 18 months, and we might not ever find one at all.

It’s hard to work out what is more absurd here: that a government minister now feels emboldened to decree that there will be no hugging until further notice, or that he thinks such advice will actually hold.

This isn’t the first time Hancock has ruled so definitively on intimate matters. Just after the lockdown began he told couples living apart to ‘make your choice and stick with it’ – that is, either move in together or put up with not seeing each other at all.

This effective ban on sex outside of live-in relationships is particularly bad news for single people, denied any of the usual social settings even to meet other people, let alone have sex with them. Does Matt Cockblock really expect millions of young, sociable people to remain celibate for months if not years on end?

Yes, extraordinary times call for extraordinary measures. When the lockdown began and the social-distancing measures were brought in it was made clear we were going to have to give up some of our most basic liberties for the sake of the greater good. And as tough as not seeing friends and family or being able to go out can be, most were happy to lump it for what we understandably assumed would be a relatively short period of time.

Back then, of course, these restrictions were presented as short-term measures, designed to flatten the curve of infections and deaths and stop the NHS from being overwhelmed. But now, as the PM’s non-easing of restrictions last Sunday made clear, the lockdown and extreme social-distancing regime is now the means through which the government plans to manage the outbreak indefinitely.

In the fight against Covid, trade-offs and judgement calls have to be made. But while the debate so far has almost exclusively (and misleadingly) pitted protecting the economy against saving lives, the quality of those lives seems barely to get a look in.

And if we’re talking about quality of life, being able to be close to, visit and perhaps even touch (!) other people should be far higher up the agenda than being able to go to garden centres or play tennis – two cherished freedoms gifted back to us this past week.

Even as more businesses are allowed to open up and more people are allowed back to work, it seems we are going to be expected to remain in our two-metre bubbles for the long haul. That the economy cannot remain in its induced coma until a vaccine is found is accepted by (almost) all sides of the lockdown debate. But Hancock’s comments suggest he thinks social life can be kept in its coma easily.

It can’t. Society is not just a stacking up of households and families, who occasionally cross paths in the shop or on the street. Our relationships beyond our flats and houses matter. And having the opportunity to rub shoulders, and sometimes other things, with strangers is a lot of what makes life worth living. London, certainly, is almost a parody of itself now it has been reduced to homes and food shops alone.

If Covid-19 killed much of what it touched, then this indefinite forcefielding might be justified. But while debate rages among epidemiologists about the exact fatality rate, we already know the vast majority of those who catch coronavirus have mild or moderate symptoms. Many who catch it won’t know they had it at all. Only really the elderly and infirm are under serious threat. And as chief medical officer Chris Whitty reminded us recently, ‘even in the most high-risk group, the majority of people who get this infection do not die’.

This level of social distancing cannot go on indefinitely. It will break down, more than it already has. As much as people tell the pollsters that, if anything, the current regime is too soft-touch, many are already bending if not breaking the rules on meeting friends and family, weighing the risks, being careful, and deciding for themselves. And it’s not just among the supposedly selfish young, either. Older people want to see their kids and grandkids and to make the most of the time they have left.

Meanwhile, imagine what a year or more of social distancing might do to a society like ours, that is already far too fearful and atomised. A study in 2014 named the UK the ‘loneliness capital of Europe’, with Brits the least likely to know our neighbours or have strong friendships. As an Office for National Statistics bulletin on social capital put it in February, just before the crisis hit, ‘we are engaging less with our neighbours but more with social media… we feel safer walking alone after dark in our neighbourhoods, but more recently fewer of us feel like we belong to them’.

We need to save life. We need to make sure we don’t completely trash the economy. But we also need each other, and at closer range than the state-approved two metres. That those in power don’t seem to recognise this is alarming. Social distancing cannot become the new normal. It corrodes society – and the soul.