The dangerous war on ‘whiteness’

Telling white people to be more conscious of their whiteness is a recipe for disaster. 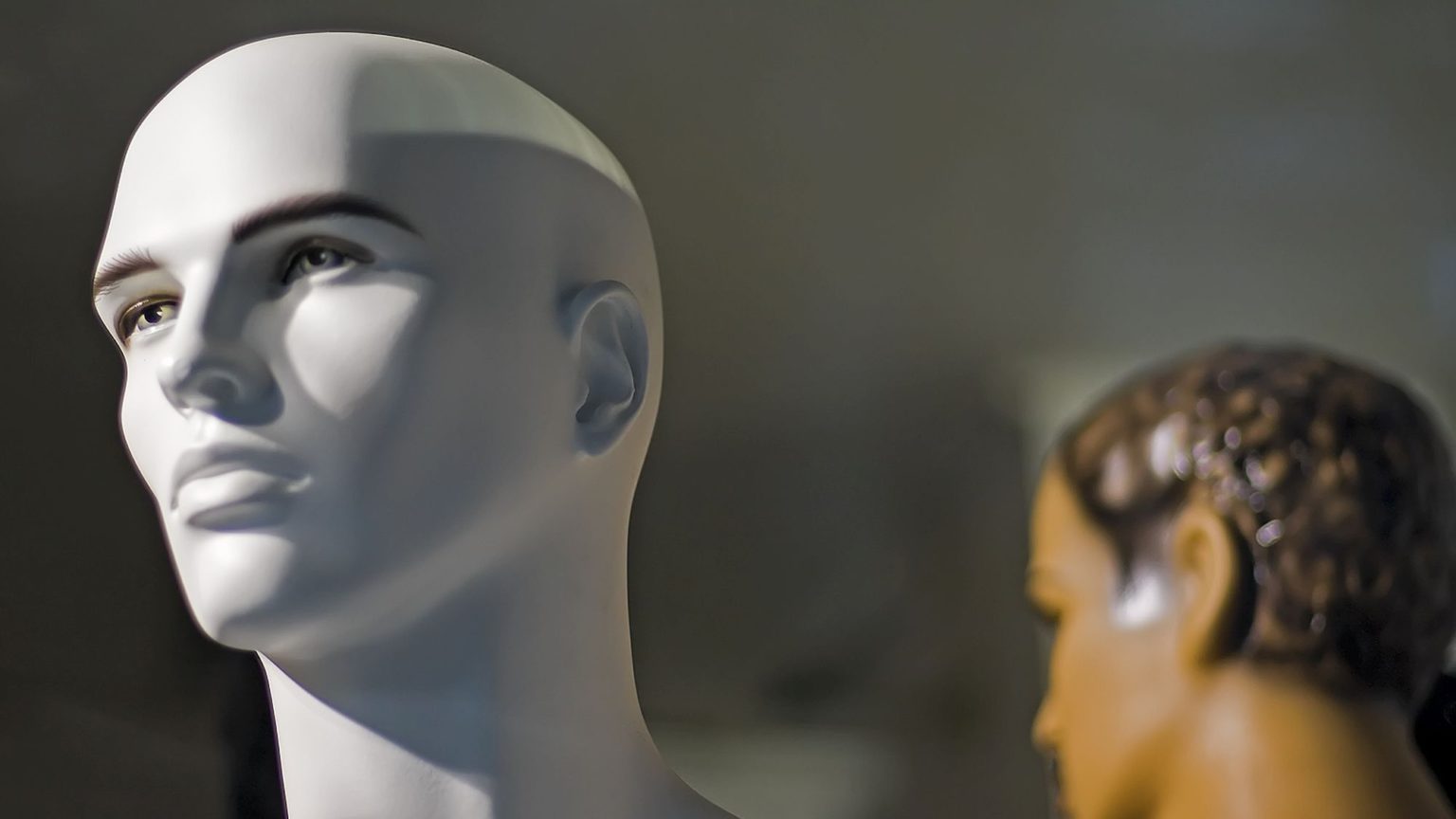 Whiteness is everywhere these days – or talk of it is, at least. BBC Two has commissioned a two-part documentary-cum-social experiment all about ‘whiteness’, to be fronted by identitarian commentator Afua Hirsch. Bestselling books talk of White Fragility and Dying of Whiteness.

Political upheavals are said to be driven by Whiteshift. Apparently, Brexit is a product of ‘hideous’ and ‘unbearable’ whiteness, while the election of Trump was evidence of a ‘whitelash’. Geopolitical events like the US trade war with China are also attributed to ‘the religion of whiteness’, which according to the New York Times, ‘increasingly resembles a suicide cult’.

There are several problems with this rush to attribute anything and everything to ‘whiteness’. First of all, nobody can really pin down what exactly whiteness is. Whiteness is said to be all powerful and all pervasive, but it seems to resist definition even among those who talk endlessly about it. ‘If whiteness takes no shape, then the concrete structures that shaped it (and often benefit from it) remain invisible too’, says Mona Chalabi in the Guardian.

Chalabi crunches the data on the strange invisible phenomenon of ‘white culture’ and finds out that white people like the arts, alcohol and dairy products. This may seem benign, but don’t be fooled. ‘If the “somethingness” of white culture is never quite pinned down, it remains both “nothing, really” and “well, everything”’. That ‘nothingness’ is not morally neutral. For Chalabi, the ‘vagueness’ of white culture leaves the door open for the forces of whiteness to ‘lay claim to every recipe, every garment, every idea that is not explicitly “non-white”’. Apparently, whiteness, lacking any substance of its own, cannibalises everything it touches.

The one thing that critics of whiteness seem to be sure of is that whiteness is inherently a very bad thing. Generally, white men are considered to be responsible for various social ills, though white women are also said to be part of the problem. Apparently, whiteness inflicts suffering on both non-whites and on whites themselves. Whiteness is held up as an explanation not only for racism and discrimination, but also for gun deaths and depression among whites. You don’t even have to be white to suffer from ‘internalised’ whiteness.

Needless to say, this obsession with whiteness is not good for race relations. At a time when racist attitudes are at an all-time low across the West, writers for the New York Times are asking questions like ‘Can my children be friends with white people?’ and ‘Should I give up on white people?’.

What’s more, the discussion about whiteness only reaffirms the idea that there is such a thing as white racial identity. White people are constantly told to think of themselves as white and to recognise their whiteness. The unintended consequence of this is to racialise society and to lend credence to the idea pushed by the racist right – that whites are a distinct racial group with their own distinct grievances and interests.

According to identitarian thinkers, whiteness persists because discussing whiteness is not something that comes naturally to white people. Whites have to become aware of their whiteness, and thus more able to confront their own privilege. Whites who have successfully uncovered their whiteness have probably read columns by Ta-Nehisi Coates (‘The First White President’), or books by Robin DiAngelo (White Fragility and What Does it Mean to be White?) and Reni Eddo-Lodge (Why I’m No Longer Talking to White People About Race). Perhaps they have attended a ‘Critical Whiteness’ workshop at their university. Some rich white liberal women have stumped up $2,500 to learn about their whiteness over dinner.

Some writers have noticed that when you try to talk to certain white people about their whiteness (essentially anyone not part of the middle-class intelligentsia), they become defensive and agitated. Critics of whiteness call this response ‘white fragility’. For instance, Myriam François, founder of the website WeNeedToTalkAboutWhiteness.com, says, ‘We are swimming in toxic whiteness but take offence at anyone pointing it out’.

A simple explanation could be that most white people do not identify with whiteness and are annoyed by having a white identity ascribed to them. Of course, it doesn’t help that the identity that critics of whiteness expect white people to embrace is overwhelmingly negative.

To say that whiteness has been pathologised is not an overstatement or a metaphor. Academic Kehinde Andrews has written about the ‘psychosis of whiteness’. Some scholars of ‘critical whiteness studies’ argue that whiteness can be uncovered and overcome. But Andrews says whiteness is characterised by irrationality and is therefore beyond rational engagement.

Similarly, New York-based clinical psychiatrist Natascha Stovall wants to put whiteness on the couch. She wonders why the ‘obsessive’, ‘compulsive’ and ‘anxious’ white patients who frequent her practice insist on talking about their mental-health issues when they should be talking about whiteness. ‘We talk about everything. Except being white’, she complains.

White men are said to be permanently on edge because of their ‘white male rage’. White women apparently have a much better handle on their emotions, but they are said to emote in a dangerously white way. A Guardian article titled ‘How white women use strategic tears to silence women of colour’ makes the rather ludicrous assertion that white women’s ‘tearful displays are a form of emotional and psychological violence that reinforce the very system of white dominance that many white women claim to oppose’.

When identitarians use ‘white’ as basically a synonym for either ‘bad’, ‘deceptive’ or ‘irrational’, the appeal of such an identity is likely to be limited to self-loathing liberals. In turn, this thoroughly negative conception can make people on the receiving end of the ‘whiteness’ discourse increasingly defensive – especially if they were not born into the kind of ‘privilege’ identity politics ascribes to them.

This can give the far right more fruitful conditions in which to operate. If white people are constantly told to become conscious of their whiteness, it should not be a surprise if some react by saying they are in fact proud of the accident of their birth. That would truly take us down a dark path.

All of this raises questions as to why the (mostly white) establishment is so keen to embrace whiteness as an explanation for the world’s ills. One reason could be that identity politics, though often presented as a left-wing phenomenon, allows the elites to dispense with class analysis. Race, gender and sexuality replace class as the prisms through which the world can be understood and injustices can be railed against.

Indeed, whiteness is often coded in class terms, especially when used by other whites. Yes, Guardianistas will mouth off occasionally about the ‘pale, male and stale’ domination of company boards and high politics, but the descriptor ‘white’ contains the most venom when it is aimed at the lower orders. Class prejudice has historically been communicated using racial terms, and today’s woke intolerance of working-class people is no different.

When Myriam François, herself a white woman, wrote about ‘toxic whiteness’ and the ‘fury of white people’, she was responding to Jon Snow’s off-the-cuff ‘white people’ remark on Channel 4 News. Snow infamously said that he, a white man, had ‘never seen so many white people in one place’ at a pro-Brexit rally. Snow has surely been to Glastonbury, Wimbledon, pro-Remain marches and the European Parliament. These events and places are always full of white people, just middle-class ones – white people he is presumably more comfortable with. And so their skin colour doesn’t get a mention.

The obsession with whiteness ultimately has the effect of erasing class altogether. Indeed, the deployment of ‘white privilege’ seems like an explicit attempt to downplay class. It allows people with vastly different circumstances – everyone from Prince Harry to a plumber – to be labelled as inherently privileged. ‘You can be homeless and still have white privilege’, according to the ‘solidly middle-class’ model and Labour Party adviser, Munroe Bergdorf.

The obsession with whiteness is dangerous not only because it obscures the truth about class relations, but also because it encourages the very thing it claims to fight against: a racialised white identity. Instead of blaming all the world’s ills on a nebulous notion of whiteness, we should be arguing to eliminate racial thinking altogether.

Picture by: Horia Varlan, published under a creative-commons licence.