Why is the BBC promoting white identity politics? 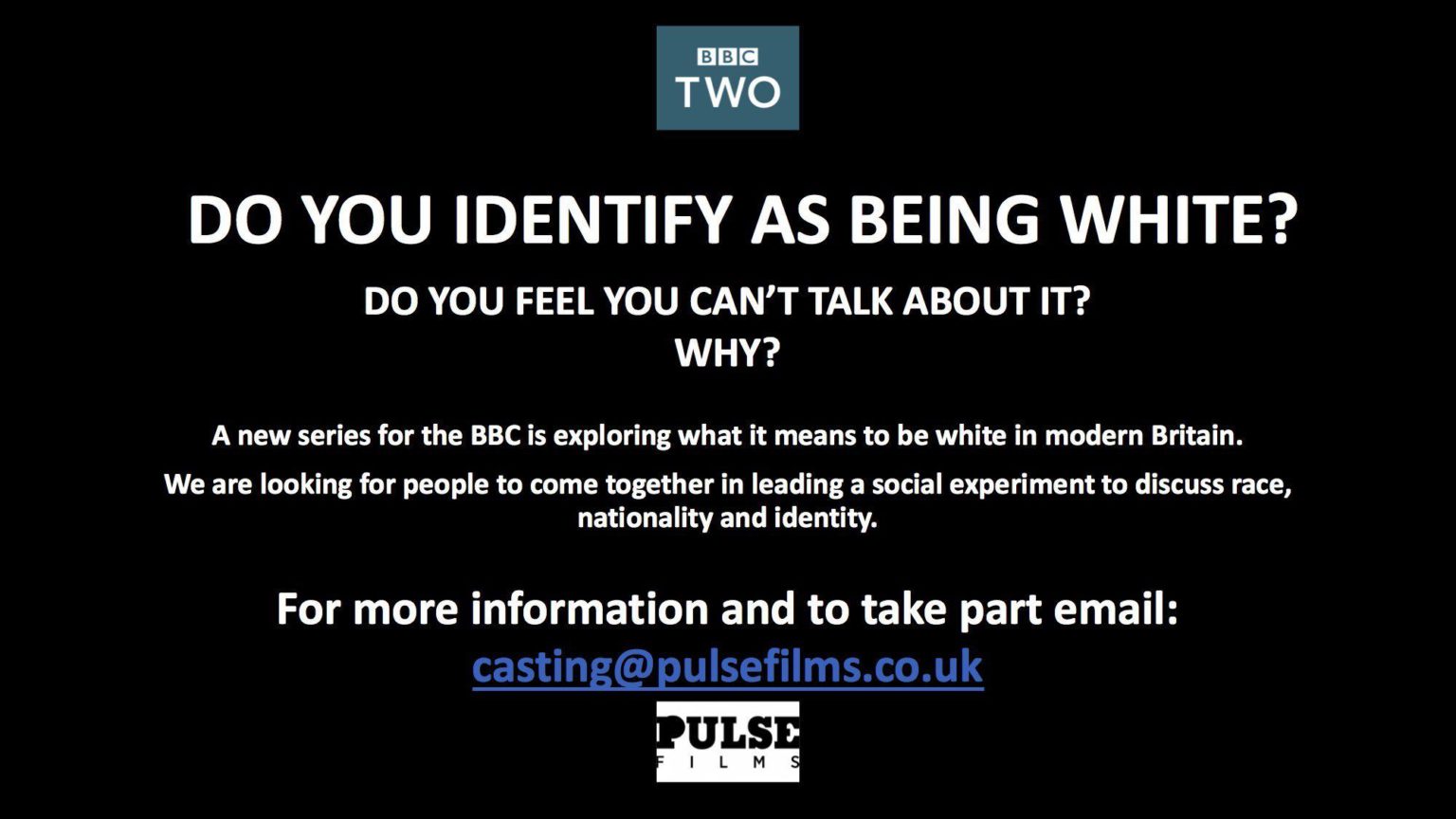 ‘Do you identify as being white? Do you feel you can’t talk about it? Why?’ This is perhaps an unusual ad for a BBC Two production to put out. But then, we live in pretty unusual times. Indeed, this call-out, looking for participants for an upcoming series, gets at something rather unsettling about the identity wars.

This is a terrible idea. No good can come from it. pic.twitter.com/bBrZYjsb6r

Specifically, it is calling for people to take part in a new two-parter on ‘whiteness’, made for BBC Two by Pulse Films and presented by identitarian commentator Afua Hirsch, author of the book Brit(ish).

According to Broadcast Now, the show will document a ‘range of immersive experiences, discussions and interactions as participants wrestle with their biggest fears about race in modern Britain. Difficult questions posed include “Can you be white and proud without being racist?” and “What is whiteness as opposed to Britishness?”.’

It all sounds like a bit of a set-up, whereby unsuspecting participants will be presented with their alleged privilege and accused of racism if they even raise an eyebrow. But it is also an indication of how identity politics encourages us to think in backward, racial terms.

What’s particularly striking about this ad is that it is almost indistinguishable from white identity politics itself – it looks like a flyer for a white-identitarian therapy group. In that, it is a neat illustration of what a dangerous game identity politics can be.