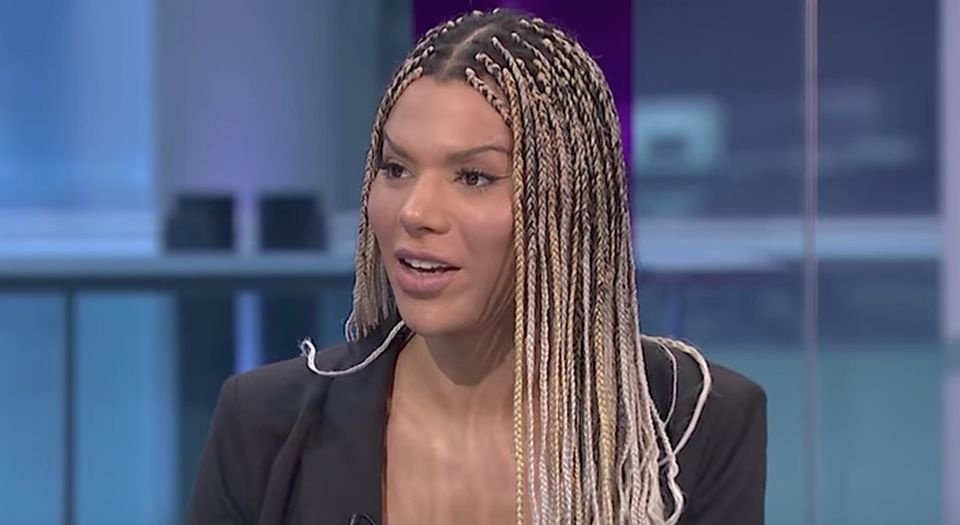 When is it okay for someone from a ‘solidly middle-class’ background, who was brought up by a mother who was ‘super successful’ at a ‘financial company’, to scoff at the homeless? To imply that it is they who are privileged? To remove the silver spoon from her mouth for five seconds and in her cut-glass tones declare: ‘You can be homeless and still have white privilege’? When that person is Munroe Bergdorf, the queer, trans model who was given the heave-ho by L’Oréal last week for saying all white people are racist. Ms Bergdorf is interviewed in the Guardian today, and the interview is the definition of cringe. It provides an alarming, if unwitting, insight into the competitive victimhood and class hatred that underpin modern-day identity politics. Ms Bergdorf urgently needs some PR advice, if only to disguise her prejudices.

To be clear, Ms Bergdorf should not have been sacked by L’Oréal. Yes, the Facebook post for which she was sacked was crude and infantile and packed with the kind of prejudice that is only born of having spent one’s early life at the bosom of ‘super successful’, ‘solidly middle-class’ privilege. In response to the events in Charlottesville, Bergdorf wrote ‘most of y’all’ – meaning white people – do not realise that your ‘privilege and success as a race is built on the backs, blood and death of people of colour’. White people’s ‘entire existence’ is ‘drenched in racism’, she said. All whites are racist trash: apparently our racism is like original sin, ‘inherited and consciously or unconsciously passed down through privilege’. In short, we’re infected, diseased. And yet, however reactionary this worldview is, people should be allowed to hold it. If we green-light or cheer the sacking of people for holding controversial views, then we empower corporations to control workers’ speech rights. That would be wrong. Ms Bergdorf should be reinstated.

But at the same time as we defend her right to speak freely, we should also ‘call out’ – to use that unpleasant PC phrase so beloved of Ms Bergdorf in her Guardian interview – the anti-human, illiberal, fundamentally reactionary ideas that underpin her worldview. And, more importantly, the worldview of so many who describe themselves as ‘progressive’ and ‘anti-racist’ these days. Something has gone horribly wrong with the once noble, optimistic, humanist goal of anti-racism. When I got involved in anti-racist activism in the early 1990s, it was about defending the ideals of universalism against the divisive logic of the state and establishment; against those who would have us believe that blacks and whites were fundamentally different and should therefore distrust each other. It was also about defending the equality of autonomy. It was an argument for the ability and right of ethnic minorities to navigate public life and work life, built on a conviction that they were as capable as any white person of doing so.

Now, perversely, and depressingly, ‘anti-racism’ – those scare quotes really are necessary – means almost entirely the opposite. The new creed of anti-racism explicitly grates against the universal, and in fact encourages racial thinking. So-called progressives’ casual use of the dehumanising term ‘white people’ – as if they are an indistinguishable racial blob, with no class or political differences – speaks to their embrace of racial fatalism. Their adoption of the depressing ‘stay in your lane’ ideology, where any white who gets too into anti-racism can expect to be accused of ‘whitesplaining’ how to tackle privilege, reveals their instinct for segregation, of the moral if not physical variety. And their treatment of black people as history’s victims, as the wounded produce of past crimes, as requiring the policing of language and censorship of certain ideas to guard their sensitivities, confirms their abandonment of the goal of autonomy. Through their surrender to the racial imagination, the logic of segregation and the cult of black victimhood, they reveal not only that they have jettisoned the old ideals of anti-racism, but that they have accepted the ideas that underpinned racism – the foul ideas of racial difference, social separation, and black moral weakness.

This reactionary thinking is writ large in Ms Bergdorf’s Guardian interview. Like so many other ‘anti-racists’ these days, she paints all white people as problematic, as infected with hatred, through training or socialisation. Her racial imagination is clear in the way she talks about white people as a group that’s uniformly privileged. She says ‘you need to recognise that there is such a thing as white privilege and you can be homeless and still have white privilege, because you can still have a better chance of getting out of homelessness than a person of colour in the same position’. Isn’t there something ugly, not to mention gauche, about a solidly middle-class, well-connected media darling telling the starving, bedraggled man under a bridge that he’s privileged? Scratch that: this isn’t ugly, it’s reprehensible. This is the posh telling the poor they have it good. I guess we could call it class-splaining.

Ms Bergdorf utterly erases certain class, social and political experiences. She isn’t alone in this. All the new racialists disguised as anti-racists are engaged in the game of class and social erasure. So Reni Eddo-Lodge, author of Why I’m No Longer Talking to White People About Race, likewise says all white people enjoy privilege, even the poor ones struggling for jobs. Because, she says, a white-sounding name on an interview form for a naff job is more likely to get a positive response than a black-sounding name. How lovely of a celebrated journalist to lecture poor whites about their privilege. Of course she doesn’t account for differences among whites. What about a Polish-sounding name? What are his chances? Or an Irish-sounding name? Having been brought up in an Irish part of London in the 1970s and 80s, I know very well that all whites are not equally privileged. But these migrant and class differences are obliterated by the new racialists. They do the very thing that they view as an unspeakable thoughtcrime when it’s done by others: they void entire peoples, entire historic experiences. Irish, Polish, Jew, Greek, whoever: you don’t matter, your specific experiences do not matter, because you are white. You are racial animals and your stories do not count.

Whatever. To those of us who have no interest in cultivating a victim identity, and who prefer to struggle against, rather than wallow in, certain historical or past difficulties, it doesn’t really matter that the new racialists erase certain migrant and class experiences; it’s water under the bridge that they write their PhDs in buildings constructed by white men like my dad and take a shit in toilets fixed by white men from Poland. But what is important is why they do this. Why the politics of identity is so hostile to discussions of class and so quick to neuter the experiences of those who don’t fit into identitarians’ narrow, divisive narrative. It’s because their aim is not actually to understand the true social relations and power relations of 21st-century capitalist society, far less do anything serious to challenge them. Rather, it is to secure their position on the pedestal of victimhood, to sanctify their own experiences, necessarily at the expense of other people’s experiences, in order to strengthen their moral claim to victimhood and thus improve their standing in a society that prizes suffering more highly than struggle and autonomy.

This, fundamentally, fuels their instinct for erasure. This is why middle-class Ms Bergdorf must bizarrely describe the homeless as privileged. This is why identitarians and, for shame, Corbynista-style leftists must lump all white people together with no overarching consideration of the true dividing line of the modern era: class. Because they are chasing victimhood, not progress; theirs is a pursuit for the moral currency of suffering, not for the political goal of equality or autonomy; this is competitive victimhood, not radical idealism, and therefore its constant and foul instinct is division and distinction. The new identitarians must continually distinguish their experience against others – even against the homeless, even against the working class – because their aim is the narcissistic one of self-victimisation rather than the social one of an end to class and social division. In fact, they intensify division, including racial division: it’s inevitable, they must, in order to differentiate their suffering from yours, or mine, and everyone else’s.

The end result is a politics that is more misanthropic than hopeful, more reactionary than radical. A politics which writes off entire swathes of people as innately prejudiced; which sidelines class; which erases the poor if they have the wrong skin colour; which encourages us to advertise our weaknesses rather than cultivate our strengths – and our demands. No wonder the mainstream political and cultural elites are so in love with the politics of identity: it is the most pacifying, divisive ideology of our time. It is the new divide and rule. It does what racism once did. Anti-racists – no scare quotes this time – should declare war against it.