On the assassination of Soleimani

General Soleimani was a nasty Iranian imperialist. But what was the point of killing him? 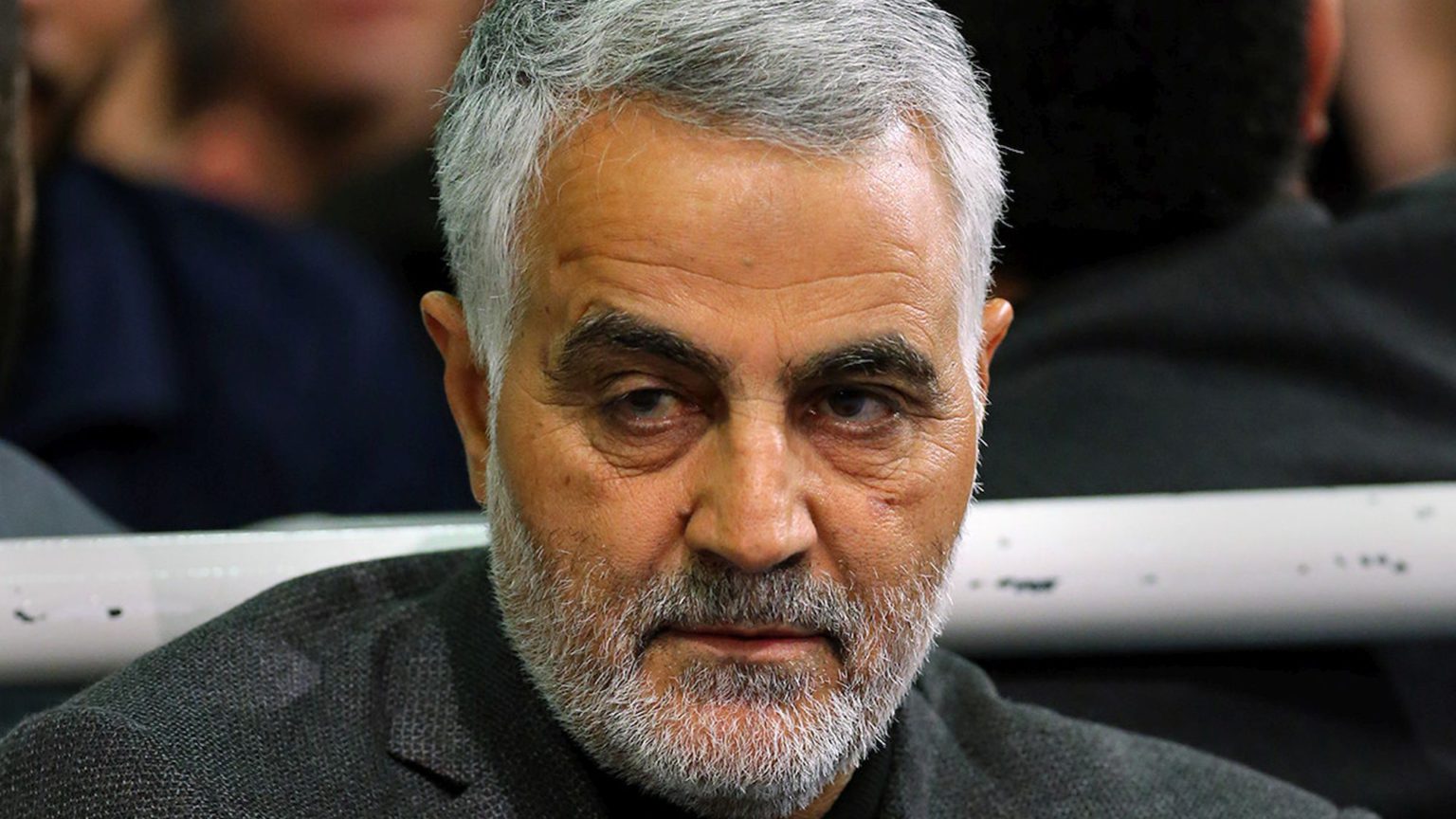 No one should weep over the death of General Qasem Soleimani, who was killed, alongside other Iran-backed militia men, in a US drone attack at Baghdad airport. He was no hero. No spearhead of anti-US imperialism. Rather, he was a ruthless, brutal part of Iran’s ruthless, brutal ruling elite. He did nothing that was not in the interests of the Islamic Republic.

After all, that was the point of Revolutionary Guards’ Quds force, which Soleimani led with strategic and murderous aplomb from 1998 onwards – namely, to defend the Iranian regime through an expansion of its regional and international power. Rivals were assassinated, and allies were armed. The result is a network that extends throughout the Middle East, and sometimes beyond, of militias and political factions who fight the Iranian regime’s external opponents.

Think of Hezbollah in Lebanon. Or the Houthis in Yemen. Or the Badr Organisation in Iraq. This transnational, largely Shia militancy is arguably Iran’s greatest military and political achievement. And it is in no small part due to the role of Soleimani. No wonder John Maguire, a former CIA officer in Iraq, once called him ‘the single most powerful operative in the Middle East today’.

It is all quite impressive militarily and strategically. Hence the countless surreptitiously fawning Western profiles of the ‘shadowy’ Soleimani. But that shouldn’t blind those now unthinkingly mourning Soleimani’s passing to his purpose: to pursue the Iranian regime’s self-preservation through regional expansion. Hence, when Soleimani’s foreign interests were threatened, as they have been recently in Lebanon and Iraq, he thought nothing of ordering the proxy militias to attack or open fire on Lebanese or Iraqi civilians. Indeed, such was Soleimani’s commitment to the Supreme Leader that, in 1999, he urged a brutal military crackdown on Iranian student protesters demanding more freedoms.

Even his fight against ISIS in Syria and Iraq was merely a means to an end. In Syria, it was to shore up the regime of ally Bashar al-Assad, and keep open a supply route to Hezbollah; in Iraq, it was about entrenching Iranian influence yet further in the Iraqi state.

His death, then, is no occasion for mourning, as the many who have suffered at his proxies’ hands within and without Iran will attest.

And yet while his death itself should not trouble us, its manner should. The US effectively executed a significant state figure in another national territory, and it did so without congressional consultation, without strategic consideration, and without much in the way of actual political thought.

It was all too typical of America’s Trump First approach to international relations. Trump, having freed himself of dissenting or moderating advisers, and having hollowed out the official decision-making processes, didn’t seem to feel the need to consult. He barely explained, save for a tweet featuring the US flag, and a perfunctory statement from the Pentagon. He just acted impulsively, from his easily irritated gut.

Yes, there was provocation, in the shape of the Iran-backed militia group Kataib Hezbollah attacking the US embassy in Baghdad this week. But then, Iran has been needling the US for the past six months, shooting down an American surveillance drone and seizing oil tankers in the Gulf. The US refrained from attacking the Iranian state then, so what’s the difference now? Incredibly, it appears to have been a tweet from the Supreme Leader Ali Khamenei’s English-language Twitter account, in which he goaded Trump, saying ‘You can’t do anything’.

And so Trump decided to prove him wrong. Because that’s what strong, decisive leaders do when taunted by Bad Guys.

It makes for yet another reckless action in a region long roiled and upturned by the past recklessness of the US and its allies. Yet again, there seems to have been no thought as to the consequences, in this case of assassinating one of Iran’s de facto leaders. No concern over the territorial or realpolitik effects of a significant, symbolic attack on the Iranian state. No geopolitical strategising, or plan. That the US has only now told US citizens in Iraq to leave shows how little Trump et al thought about the effect that assassinating Soleimani would have on even their own countrymen.

Like too many Western leaders over the past quarter of a century, Trump’s decision seems to have been governed by a moral neediness, a desperate desire for the domestic PR glow that he believes comes from acting strongly, decisively, against a putative axis of evil. And like Clinton, Bush and Blair before him, such thoughtlessness has all too foreseeable ‘unforeseen consequences’. The retaliatory actions. The deepening instability. The terroristic opportunities.

This moral neediness is why Solemaini’s grandstanding execution is not a surprise. From the start of Trump’s presidency, he has consistently sought out the Islamic Republic as the stage on which to show off his moral leadership. Hence he has conjured it up as a uniquely murderous, terrorising and destabilising force, led by a collection of uniquely bad individuals. It always makes for a dangerously simplistic approach to global politics, in which the elimination of bad men, from Saddam Hussein and Colonel Gaddafi to Soleimani, will make everything better. It won’t, of course.

Ironically, however, this manichean approach is now mirrored by the Western liberal critics of Trump. They excuse the authoritarian brutality of the Islamic Republic, because the only evil they see is that of America. Especially Trump’s America, which is supposedly making Satan Great Again. No wonder some are excitedly anticipating World War III, as the apocalyptic denouement of the reign of Trump (despite the fact that neither the US nor Iran has either the will or the capacity to fight even a drawn-out local war). This kneejerk catastrophism tells us little about the reality of US-Iran relations. But it tells us a lot about the moral outlook of too many of Trump’s Western opponents. Indeed, such is their loathing of America and Trump that they actually start to long for something approaching Armageddon.

It seems the anti-Iranian animus of the US foreign-policy establishment is matched only by the anti-US animus of Western liberals. And in these volatile, uncertain times, such myopia is of no help to anyone.