Climate activists are the establishment, not the underdogs 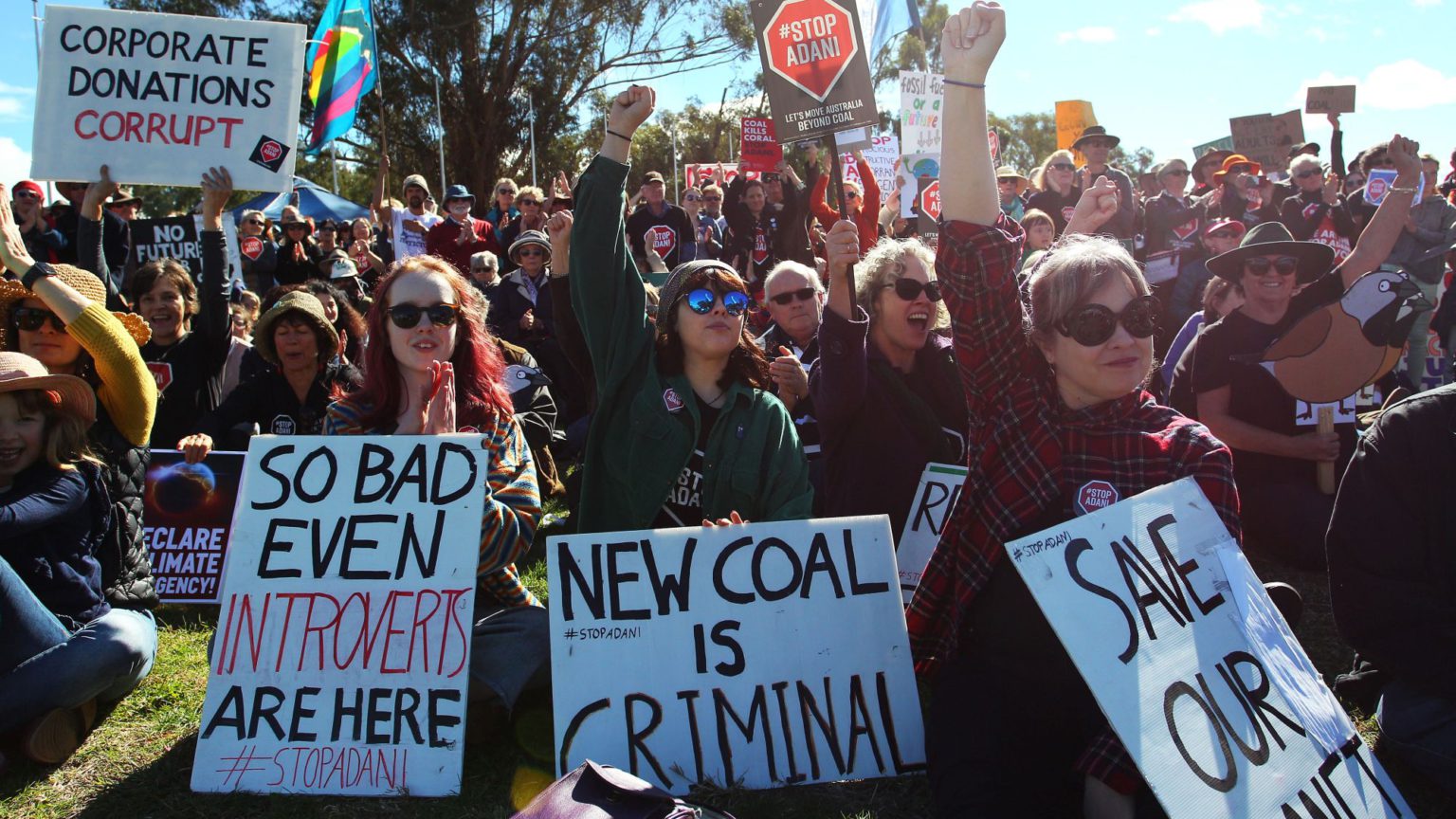 On the eve of the Australian election last month, the righteous anger of modern politics turned to violence when a man was stabbed with a corkscrew.

His assailant, Steven Economides, is a senior 62-year-old partner at KPMG who lives in the Sydney suburb of Balgowlah Heights where the average three-room house costs around £1.5million.

The victim of this white-collar crime was a volunteer campaigner for former prime minister Tony Abbott, who stands accused of indifference to the future of the planet. Abbott was seeking re-election as MP for Warringah. Economides was a supporter of Abbott’s rival, independent Zali Steggall, whose call for real action on climate change is said to have won the seat.

Today’s typical Australian eco-warrior is affluent, educated and smug. These people are to be found in fashionable suburbs, frequently close to the water. They drive European cars, fly north in the winter and despair at the suburban bogans and their seeming indifference to the Greatest Ethical Challenge of Our Time.

The world looks somewhat different from the Galilee Basin in Central Queensland, where a proposal to develop Australia’s largest coal mine has raised hopes of economic activity and jobs.

The Carmichael Mine would be built by the Indian company Adani and would feed the increasing demand for coal-fired electricity generation in the sub-continent, the quickest and cheapest way to provide reliable power to a nation in which 18,000 villages still lack electricity.

The development has been frustrated by the largest and most sophisticated anti-development campaign Australia has seen.

The site of the mine is inherently unlovable, flat scrubby grazing land, plagued by drought, 400km inland on the edge of the outback. The campaigners responded by linking the development to the campaign to save the Great Barrier Reef. A powerful coalition of green groups, including Greenpeace and the World Wildlife Fund, launched deceptive campaigns to persuade the public that the mine was ‘near’ or even ‘in the heart of’ the reef. In reality, the mine will be further from the reef than the North York Moors are from London

In its form, the strategy is little different from the campaign that successfully stopped the development of hydro-electricity in the early 1980s and turned tree-hugging into a professional enterprise in Australia.

The campaign to stop the construction of the Franklin Dam on the Gordon River was led by a young environmental activist named Bob Brown who supplied 16mm movies of pristine wilderness to television stations as a ‘weapon of conservation’ and instructed activists to put on jackets and ties in preparation for media interviews.

Brown turned the Franklin into an internationally recognised icon with the help of the support of David Bellamy. The turning point for the Franklin campaign came when the opposition Labor Party came on board, turning it into an election issue that would help it gain votes in inner-city electorates on the mainland.

It was the start of Labor’s uncomfortable alliance with green politics that hastened its estrangement from working Australians and remains a nagging source of tension between the party’s industrial and intellectual wings.

Some 36 years later, the environmental movement pinned its hopes on a Labor victory in the recent election to stigmatise coal in the same way it had effectively ended the development of hydro-electricity.

Queensland’s state Labor government was caught in a bind. Approving the mine would have risked the loss of inner-Brisbane seats to the Greens. Blocking it would lose it seats in central and far-north Queensland.

Queensland premier Anastasia Palaszczuk decided to stall, relying on the ability of the public service to procrastinate, hoping that an incoming Labor government in Canberra would take the decision from her, or that the backers of the Adani mine might pack up and go home.

Palaszczuk badly underestimated the strength of the popular revolt building in the regions and the suburbs. Nor had she foreseen that the Coalition would grant federal approval for the project days before calling a federal election, thus putting the pressure on Labor.

There was a growing resistance to the sanctimonious campaign driven by activists from the south who put parading their virtue above other people’s jobs.

The arrival of Brown’s Stop Adani protest at Easter served only to cement the anger of local people. The procession of SUVs and well-appointed camper vans arriving from the south was met with a counter protest by local people driving utes and tractors.

The anger expressed at the ballot box was devastating for Labor, which received just 27 per cent of the vote in Queensland, its lowest share of the state vote since the federation in 1901.

It took the state government a matter of days to absorb the message and make a swift about-face. Premier Palaszczuk ordered her bureaucrats to stop stalling, giving them three weeks to make their decision.

Late last week her environment minister announced that the project was approved and preliminary construction began at the weekend.

The Adani approval is a considerable setback for Big Eco, the international coalition of activists which had invested heavily in turning a simple mine approval into the last stand for coal. Tens of millions of dollars was spent on lawfare to stymie the approvals process and shareholder activism aimed at starving the project of funds.

It is becoming harder for Big Eco to pretend that it is the underdog, bravely fighting against bully-boy corporations. It is becoming clear that the very opposite is true.

Increasingly, the activists have the upper hand. They are well-funded, ruthless and professional. They are in cahoots with media professionals who mix in the same circles and adopt the same assumptions, but are estranged from their fellow Australians.

The Adani campaign has sharpened the battle lines. The climate-change debate is not a contest between science and ignorance, belief and denial, or good and evil. It is a clash between those rich enough to enjoy the luxury of projecting their virtue and those who simply want to get on with the job.