In defence of coal 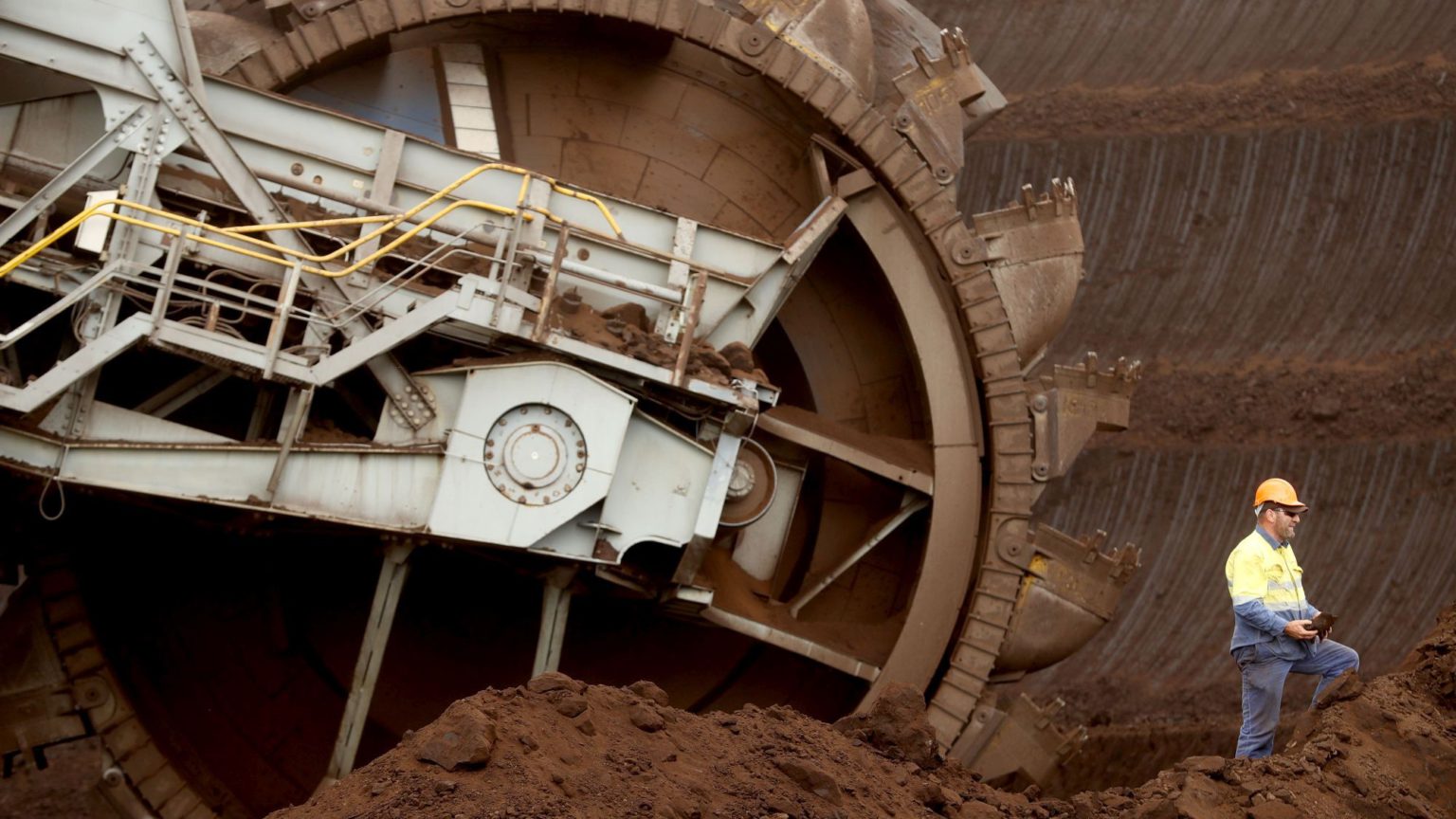 Thermal coal will become an illegal substance in Australia if Greens deputy leader Adam Bandt gets his way.

‘Coal is the next asbestos’, Bandt declared earlier this month. ‘It is toxic and dangerous. We need to stop exporting coal.’

An economic recession induced by the closure of a $20 billion export industry would be barely felt in the inner-city quinoa zone from where the Greens harvest most of their support.

Doctors, teachers, public servants and other professional suppliers of public services do not lose their jobs in a recession. Indeed, they tend to thrive, thanks to politicians who respond to economic downturns with new government programmes of which they are the potential providers.

It will be a different story in the coal-mining regions of the Hunter Valley in New South Wales and parts of Queensland where honest Australians get their hands dirty delivering a third of the world’s coal exports efficiently and cheaply.

The solar-panel-sheltered classes will not notice the dramatic rise in electricity prices. By day they would make a profit selling excess electricity into the grid, and survive mild nights with batteries which the Greens will subsidise.

Residents of working-class western Sydney, on the other hand, where the winter nights are chilly, summer days sweltering and incomes tighter, will feel the brunt of rising electricity prices which, bizarrely in a country with abundant coal and uranium, are already among the highest in the world.

A ban on coal exports would be tough on the world’s poor in general, particularly those in Asia, where the bulk of Australian coal lands.

The billions emerging from poverty thanks to free markets, free trade and stable electricity supplies are not yet prosperous enough to survive an increase in power prices from the short supply of coal. Hope will evaporate for the 750million electricity-starved Asians burning kerosene and cow dung.

Every symbolic crusade needs a totem. For the Prohibition movement a century ago it was the saloon bars. In the early days of the Green movement it was dams, an emblem of humankind’s reckless invasion of the wilderness, and the sub-species that would undoubtedly be driven to extinction by the rising waters.

The epitome of daminisation, the demonisation of reservoir construction, occurred 12 years ago towards the end of a prolonged drought, as the water supply in the Brisbane basin was rapidly running out.

The campaign against the Traveston Crossing Dam pitched the Mary River turtle, giant barred frog, Queensland lungfish and Richmond birdwing butterfly in an equal contest against the people. The result was a triumph for non-sentience.

The spread of global-warming anxiety since the turn of the century prompted a search for a new emblem. Doe-eyed polar bears adrift on ice occupied the slot for a while, until the activists discovered the emotive charm of Queensland’s Barrier Reef and the dark underbelly of coal.

The Barrier Reef is the most protected, pampered coral formation in the world. Billions have been spent to preserve it. The theory that it is being damaged by climate change is far from proven. It has been damaged by farm-water runoff, now controlled and filtered, and the crown-of-thorns starfish, an insidious aquatic vandal that has become the target of a multimillion-dollar cull.

The chance opportunity to put coal and coral together came in 2010 when the Queensland government opened the way for a rail line from the North Galilee Basin to the coast, as a precursor for mining some of the richest untapped coal reserves in the world.

In 2011, an anti-coal axis of environmental activists, including Greenpeace and others, held a secret counsel of war in the New South Wales Blue Mountains to formulate a strategy.

The strategy document that emerged, Stopping the Australian Coal Export Boom, proposed a ‘hearts and minds’ campaign to change the image of coal from ‘the backbone of the economy’ to ‘a destructive industry’ that ‘corrupts our democracy and threatens the global climate’.

The movement had rich friends, including the Rockefeller Family Fund and the Australian internet entrepreneur Graeme Wood, the founder of the online travel service Wotif and a prominent backer of the Australian digital edition of the Guardian.

Law-fare and corporate activism became their chosen methods. With a campaign strategy that would make Coca-Cola envious and the help of international single-issue campaigners like Avaaz, they turned the fight to stop the proposed Adani coal mine in Queensland into a global crusade.

‘They’re trying to put a toxic coal complex in the heart of the magical Great Barrier Reef — it’s a crazy plan, but we’ve got a chance to stop it’, read an email that spread across the world.

‘This is a do-or-die moment for the reef-wrecking coal mine… Let’s stop the reef-killing deal.’

For the record, the Adani mine is 260 miles inland and the reef, at its closest, is 10 miles offshore. To claim it is ‘in the heart of the magical Great Barrier Reef’ is like saying Oxford is at the heart of Lake Windermere.

Yet the campaign has been ruthlessly successful. Adani’s plans to use the blessed reserves of central Queensland to fuel prosperity in India have been delayed, and might never go ahead.

History is unlikely to be kind to the decarbonisation movement. Coercive attempts to stop the use of fossil fuels are delivering the same perverse economic consequences as the attempts to close down American saloon bars in the 1920s.

The consumers pay more for a substance they choose not to live without, while the producers count the profits.

The American fondness for alcohol hardly abated during Prohibition. With demand and supply unequally matched, the price of beer rose by 700 per cent in the US between 1920 and 1933. The price of a bottle of brandy rose by 433 per cent and spirits by 270 per cent. A fourfold increase in deaths from alcohol poisoning and a rise in organised crime were just two unintended consequences. The enrichment of the alcohol companies was another.

A report released this month by international financial analysts Redburn predicts a similar result from the crusade against fossil fuels.

The attempt to starve coal producers of capital has impeded their attempts to build new coal mines, but it hasn’t got in the way of profits. The price of coal has risen to a six-year high, which is good news for the coal business, but bad news if you’re living in, say, India’s Bihar state, where three out of four households don’t have electricity.

If the price of coal rises, says Redburn, ‘the one to two billion people on the planet with zero or unreliable access to modern energy would remain priced out of the market’.

Redburn’s analysts turn the tables on so-called ethical investors by forcing them to confront the consequences of fossil-fuel divestment, a phenomenon that has swept university campuses, shareholder meetings and boardrooms, much as anti-alcohol mania did a century ago.

‘Given the pernicious consequences of energy undersupply, we would go so far as to argue that the socially responsible investor has a duty to ensure capital is available to the fossil fuel industry, for as long as it is needed’, they write.

Unless the supply of coal is increased, the world’s poor will be trapped for even longer in poverty, burning whatever they can get to keep life and limb together. Industrial development will be constrained. Fewer goods and services will be purchased. The smug inner glow of virtue-seeking First World activists will hardly compensate for the global decline in material prosperity.