Macron’s big idea to quell the yellow-vest protests? Ban them. 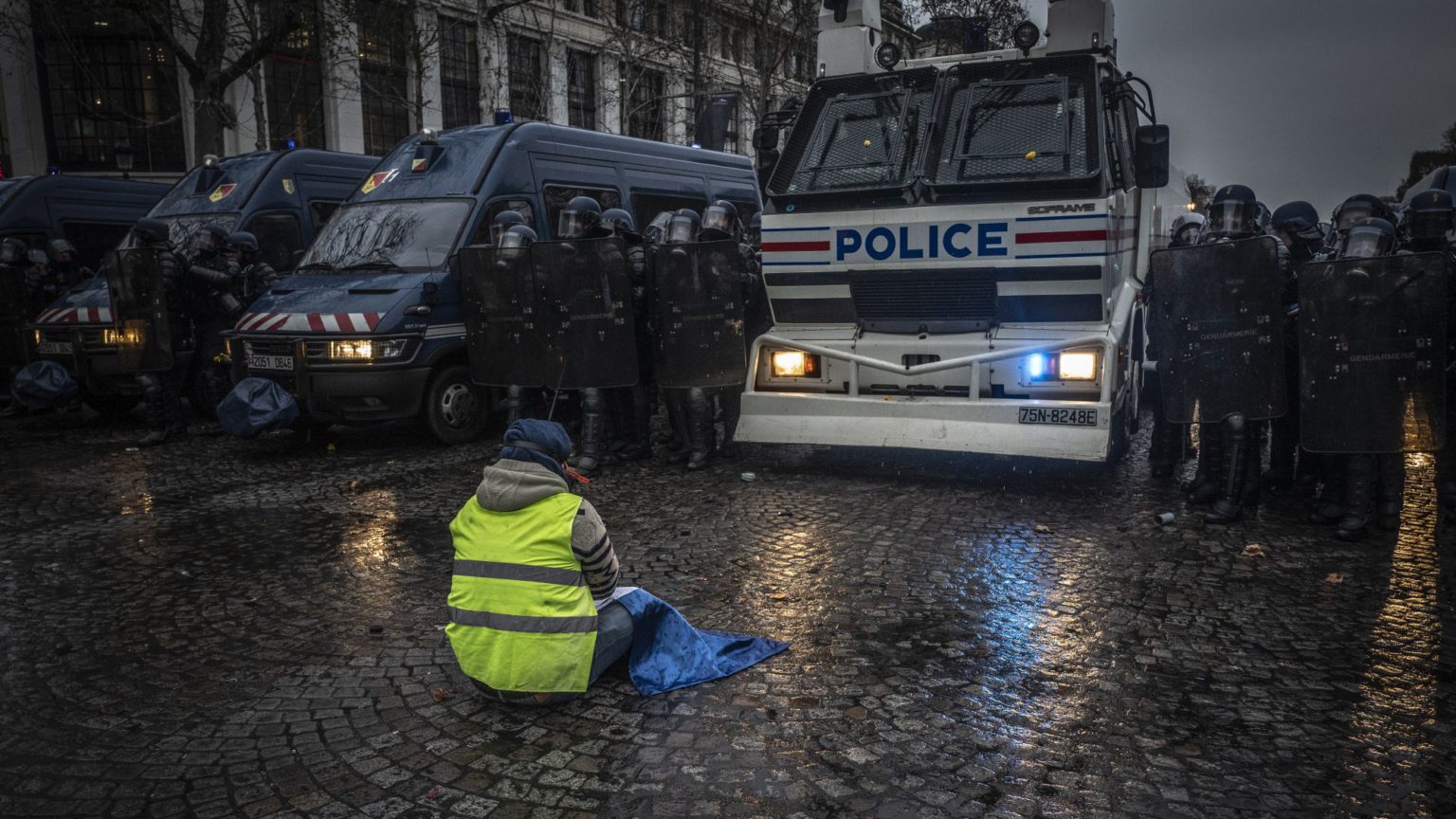 Last weekend, Emmanuel Macron was on a skiing trip, celebrating the end of the first phase of his ‘great debate’ initiative. The French president had spent the past three months touring the nation’s town halls to discuss the big issues facing France. It was supposed to quell the popular anger that gave rise to the gilets jaunes (yellow vests). The debates presented people with an official channel through which they could air their grievances. An estimated half a million people took part in over 10,000 meetings nationwide, while 1.4million comments were made to the organisers online.

Although the government promised to take all issues into account, the events featuring the president were largely stage-managed. When the initiative was launched, Macron said that no questions would be forbidden, even though certain policy proposals were taken off the table in advance. Many in the media had pre-emptively declared the tour a triumph, as Macron’s atrocious approval ratings made a modest recovery. Journalists also swooned over the 41-year-old’s stamina, as he held forth on a range of topics, sometimes for hours, including a seven-hour stint in front of 600 mayors. Arguably, the initiative was little more than a state-funded campaign for the upcoming EU Parliament elections in May.

But Macron’s celebrations were interrupted when the gilets jaunes erupted on to the streets across the country for the 18th weekend in a row. In total, 32,000 protesters, angry over poor living standards and a lack of say in French politics, were on the march across the country, yet again. Ten-thousand of them were in Paris alone.

While Macron made some concessions to the gilets jaunes in the early stages of the movement – scrapping planned tax rises and increasing minimum incomes, for instance – his response to them over the past few months has been largely authoritarian.

In January, French MPs passed draconian measures to ban unauthorised protests. Protesters have faced extreme repression and brutality from police. The police’s use of Flashballs (a type of rubber bullet banned in all other European countries) and tear-gas grenades has caused scores of horrific, life-changing injuries, including the loss of eyes and limbs.

Human-rights groups have made the kinds of interventions that are usually reserved for dictatorships. The UN, for instance, has called for a ‘full investigation’ into the police’s ‘excessive use of force’. Similarly, the Council of Europe’s human-rights commissioner called for an end to the use of Flashballs against protesters. Amnesty International has denounced the ‘extremely heavy-handed’ policing deployed against peaceful protesters.

But Macron’s government felt the police had not been hard enough last weekend. A junior interior minister complained that the police were ‘less aggressive’ than usual. Five-thousand police were deployed to Paris at the weekend, but rioting by a minority of yellow vests still caused extensive property damage, particularly on the Champs Élysées. Around 100 businesses, including the famous Fouquet restaurant, were damaged. (Fouquet’s destruction had a certain symbolism – it became infamous as the place chosen by Nicolas Sarkozy to celebrate his 2007 election victory with the rich and the famous.)

On Monday, prime minister Édouard Philippe sacked the Paris police chief for his failure to contain the protests. And in an extraordinary act of petty tyranny, he even instituted a blanket ban on protest in some of the areas most hit by damage, including the Champs Élysées, as well as certain parts of Bordeaux, Toulouse and Nice. The ban will come into effect in time for the next planned wave of protests on Saturday.

What a difference nearly two years makes. When he was elected in May 2017, Macron was being hailed as the saviour of the EU and the liberal world order. He was the man to roll back the rising tide of populism that was making inroads throughout Europe. Now, unable to put out the flames of populist anger, quite literally in his own capital, he has turned into one of Europe’s most nakedly authoritarian leaders.