The brutal crackdown on the gilets jaunes

Protesters have lost limbs and eyes for daring to make their voices heard. 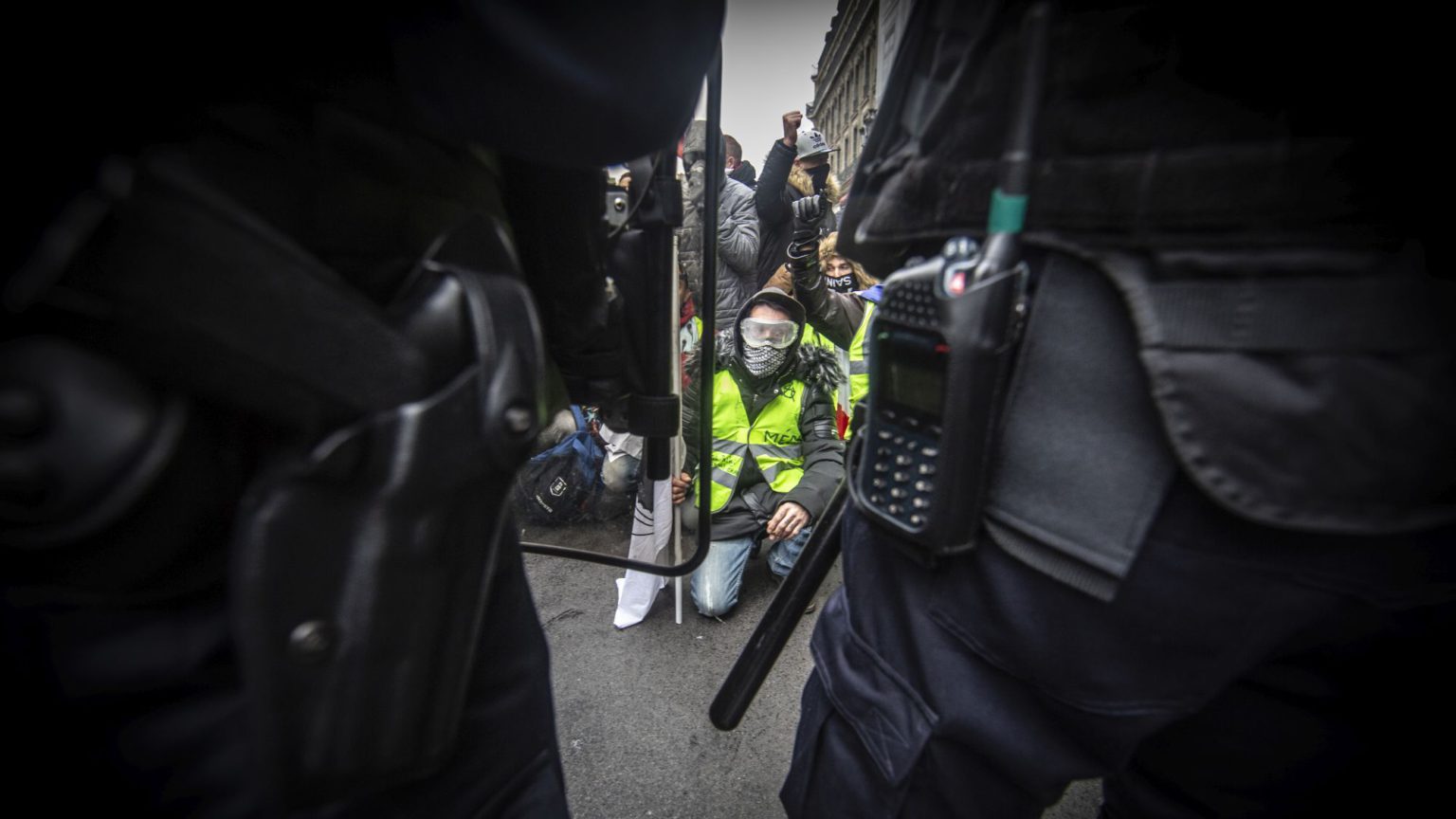 France’s yellow-vest movement shows no sign of stopping. After a dip in numbers during the holiday period, according to government estimates, 84,000 gilets jaunes took to the streets in towns and cities across France last Saturday for the ninth weekend of demonstrations.

The French government has vowed to crack down on the movement. New laws are being drawn up to outlaw any protests that have not been declared to the police in advance. At last weekend’s protests, there were nearly as many police officers as gilets jaunes – 80,000, boasted prime minister Edouard Philippe. President Emmanuel Macron has also promised to be ‘uncompromising’ in maintaining law and order.

There has certainly been violent clashes, vandalism and disruption, with some yellow-vest protesters burning cars, smashing windows and, in one case, breaking into a government ministry with a forklift truck. Nearly 60 per cent of the speed cameras in France have been vandalised by yellow vests in protest against lower speed limits on motorways.

Nevertheless, the police response has been wholly disproportionate. The vast majority of gilets jaunes are peaceful but are still forced to dodge tear gas, rubber bullets and water cannon in order to exercise their democratic right to protest. Last weekend, riot police in Paris were seen with semi-automatic weapons near the Arc-de-Triomphe, which has become a focal point for protests. Alarmingly, Luc Ferry, a former minister under Jacques Chirac, has called for police to use ‘shoot-to-kill’ tactics against the yellow vests.

Worse still, there have been numerous documented cases of police violence causing horrific, life-changing injuries. In particular, there is a great deal of concern about the police’s use of ‘Flashballs’. France is the only country in the EU that hasn’t outlawed the use of these semi-rigid rubber bullets.

Flashballs are nominally ‘non-lethal’ weapons. But according to a study in BMJ Open, their impact can be lethal in three per cent of cases and can cause permanent disability in six per cent of cases. In a 2017 report for the French parliament, France’s human-rights commissioner called for them to be banned. In December, the interior ministry defied this recommendation, ordering over 1,200 new Flashball launchers in response to the yellow-vest unrest.

Analysing news reports and social media, the newspaper Libération estimates that 82 gilets jaunes have been seriously injured by police, of whom 60 said they were hit by Flashballs. Some protesters have lost limbs and have broken bones – around a dozen people have lost an eye.

Independent journalist David Dufresne has been collating videos of police violence and photos of serious injuries, tweeting them to the interior ministry. At the time of writing, he has tweeted 288 incidents. One video shows police shooting an unarmed protester holding his arms outstretched. Another shows a gang of policemen beating up an elderly woman.

Amnesty International has also condemned the police’s excessive use of force against the gilets jaunes, while also highlighting the risks to journalists and volunteer first-responders. Denis Meyer, a photographer, had his safety helmet, goggles and mask confiscated by police. He was subsequently shot with a Flashball. Another journalist filmed a policeman aiming a Flashball launcher at his head – firing these bullets above the shoulders is extremely dangerous – while another attacked him with a baton. A first-aider told Amnesty International that police confiscated not only her protective headgear, but also some equipment she needed to help the injured. Footage circulating on social media shows police firing a water cannon at a group of protesters who came to the aid of an injured yellow vest.

In an interview with Nouvel Obs, Dufresne says that instead of diffusing tensions, the French police are caught ‘in a logic of escalation and confrontation’. ‘Not a single one of those who has been seriously injured presented a threat’, he says. Besides, the law-and-order response does not solve the underlying issues: ‘Every Saturday, people will carry on protesting, knowing that they could lose an eye.’ For Dufresne, the government must offer a ‘political, social and economic’ response, not repression.

Macron’s government has promised to do just that. At the weekend, the president published an open letter to the French people, launching a two-month national debate and consultation, inviting citizens to give their views on key areas of national life. Macron says he is open to all ideas, but he will not go back on previous, unpopular reforms, or on his election pledges.

Can the gilets jaunes trust Macron to deliver the radical political, economic and social change necessary to diffuse the movement? Macron’s track record suggests not. His public statements on the movement have flitted between reconciliation and revulsion. His first response was to crack down on the protests. Then, after four weeks of unrest, he made major concessions, including a rise in the minimum wage and certain tax cuts. Then, in his New Year’s speech, he denounced the movement as a ‘hate-filled crowd’ of racists, homophobes and liars. Two weeks later, he writes his open letter, promising change again.

In the end, the scale of change necessary to reverse decades of economic and cultural exclusion among the French working classes is beyond the comprehension, let alone the ability, of the technocratic, aloof Macron and his government. Perhaps that is why his and his ministers’ first instincts were to crack down on the gilets jaunes, rather than engage with them. Regardless, this authoritarian behaviour should be unacceptable in a modern democracy.