The Loudoun County cover-up reveals the moral depravity of woke

A schoolgirl was raped by a ‘genderfluid’ boy – and her school covered it up. 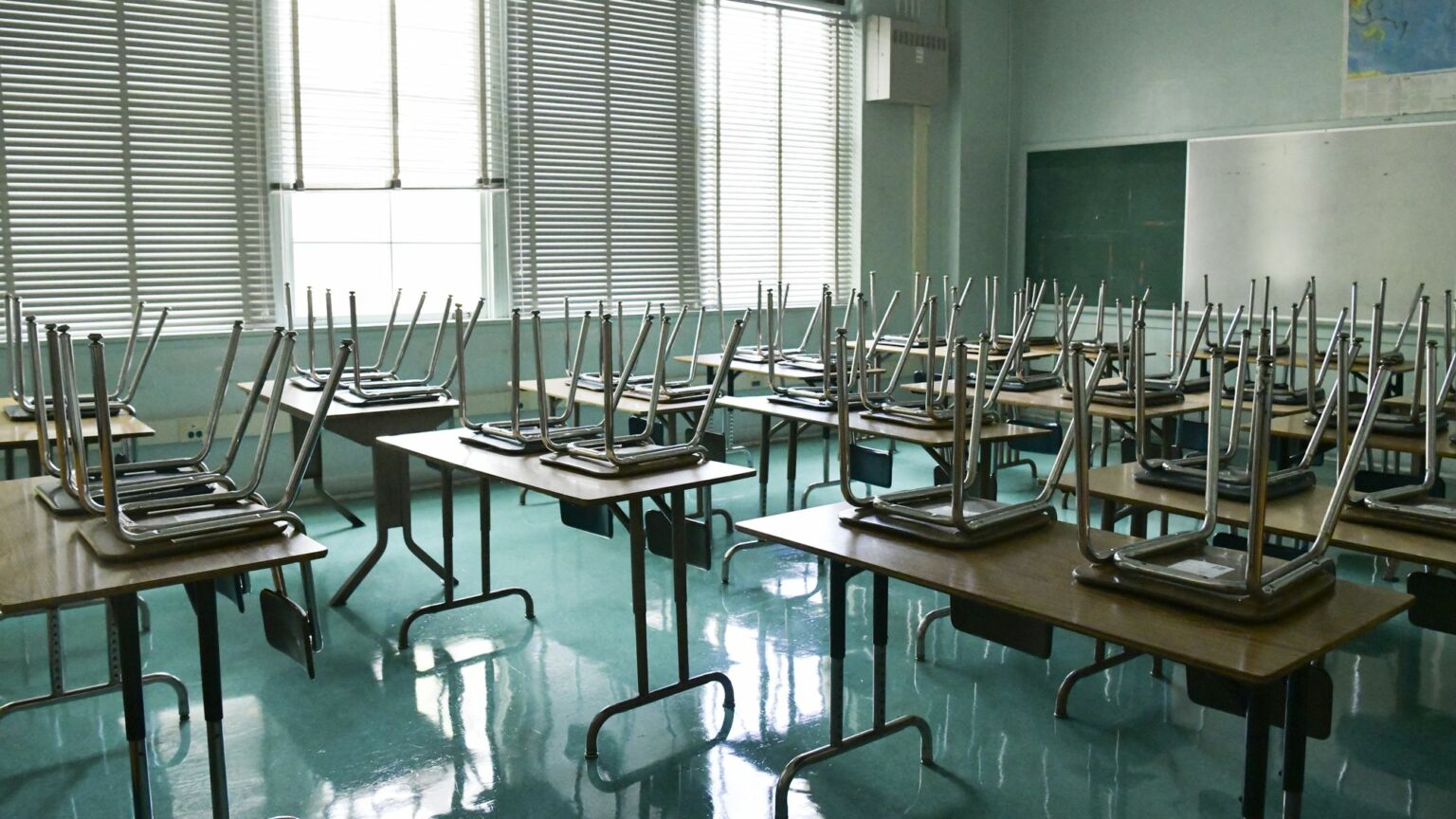 Loudoun County in northern Virginia is the epicentre of the parents’ rights movement in the US. School officials in Loudoun have aggressively pursued a cultural agenda, introducing children to ideas about critical race theory and gender-identity ideology, over the heads of parents. An enduring image from that battle came from a raucous Loudoun school-board meeting in June 2021, when Scott Smith, a father of a high-school student, was wrestled to the ground by police and arrested. Smith was angry that school officials had remained silent about the rape of his daughter in the girls’ bathroom by a ‘genderfluid’ teenage boy wearing a kilt.

That image of Smith being arrested was used by the media to portray the parents’ movement as extreme and violent. The National School Boards Association cited Smith’s arrest in a letter it sent to President Biden in September 2021, which called for protesting parents to be treated akin to domestic terrorists. In turn, that letter spurred attorney general Merrick Garland to direct the FBI to investigate threats against school officials and teachers.

Smith and other protesting parents have now been vindicated. A special grand-jury investigation found last month that Loudoun school administrators attempted to cover up two sexual assaults in the district, both committed by the same ‘genderfluid’ boy. Following the publication of the grand jury’s report, Loudoun schools superintendent Scott Ziegler has been fired. He also faces three criminal indictments.

The grand-jury report is scathing about Ziegler and other officials: ‘We believe that throughout this ordeal LCPS [Loudoun County Public Schools] administrators were looking out for their own interests instead of the best interests of LCPS.’ The cover-up began right from the start. After his daughter was sexually assaulted in May 2021, Smith went to Stone Bridge High School to get answers, but was escorted out of the building by administrators. Ziegler then sent a letter to parents warning them about Smith, while leaving out any mention of the rape in the bathroom.

A month later, at that infamous school-board meeting where Smith was dragged out, Ziegler was directly asked whether any students had been assaulted in school bathrooms. ‘To my knowledge, we don’t have any record of assaults occurring in our restrooms’, he replied. That was a lie, says the grand jury. And the rot ran deep – not only did Ziegler know, but so did other administrators. Board members kept quiet at that noisy June meeting, despite knowing that Ziegler’s response was false.

As it happens, Ziegler put forward a new policy at that meeting that would allow students to use the bathroom and locker-room facilities according to their self-declared gender identity. It’s not unreasonable to wonder if Ziegler and others were concerned that news of an assault by a kilt-wearing boy in the girls’ bathroom could have undermined support for that policy.

In an attempt to sweep the problem under the carpet, administrators transferred the boy to another school in the district, Broad Run High School (BRHS). In October 2021, the boy sexually assaulted a different girl, an incident that the grand jury believes was entirely preventable. ‘There were several decision points for senior LCPS administrators, up to and including the superintendent, to be transparent and step in and alter the sequence of events leading up to the 6 October 2021 BRHS sexual assault’, the grand jury says. Instead, administrators ‘failed at every juncture’. The conclusion is damning: ‘We also believe the 6 October abduction and sexual assault of a female student at Broad Run High School could have, and should have, been prevented.’

The administrators’ cover-up was just as bad as their botched handling of the assaults. They commissioned their own investigation, but refused to publish the findings to parents, and took no action. When the grand-jury investigation was announced, school officials went into overdrive trying to shut it down, including by challenging subpoenas and refusing to testify. Administrators displayed ‘a stunning lack of openness, transparency and accountability, both to the public and the special grand jury’, according to the report.

The grand-jury report and indictments represent a huge vindication for parents, who have struggled to fight a tidal wave of anti-parent propaganda. All along the way, they have been dismissed as cranks and monsters. School bureaucrats and teachers’ unions in Loudoun claimed they felt threatened by parents’ questions. Democrats claimed that protesting parents were dupes of the Republican Party and were seeking to use children to politicise education. The leftist media said accusations against school officials in Loudoun were a ‘big lie’, a ‘culture-war fantasy’ and a ‘21st-century Satanic panic’.

But the grand-jury investigation has revealed the truth. These protesting Loudoun parents, who come from a mix of classes and political views, are simply people who care about the safety, wellbeing and education of their children. They had very good reason to ask questions and to seek accountability from school officials. The grand-jury report ‘confirms what we have been telling the world for the last two years’, says Ian Prior, executive director of parents’ group Fight for Schools. The report ‘should shock the conscience of everyone that reads it’, he says.

The grand-jury findings are also a victory for Virginia governor Glenn Youngkin. The parents’ uprising in his state propelled his election in November 2021, and he singled out Loudoun schools as a prime example of what has gone wrong in the American education system. One of his first moves on taking office was to sign an executive order to set up the special grand jury, in order to get to the bottom of the Loudoun schools mess.

This story of the horrific sexual assaults, and of officials’ attempts to cover them up, shows how cruel and immoral woke politics can be. These officials were willing to conceal and lie in pursuit of their cultural agenda. The Loudoun saga is also indicative of a broader problem that parents face today. Aloof school boards and administrators have taken it upon themselves to turn schools into institutions of social engineering, using kids as their fodder. They don’t view themselves as servants of parents or the broader public – instead, they view parents as an obstacle to overcome.

For parents in Loudoun, the struggle continues. In the upcoming year, they hope to unseat board members and have more administrators fired. Parents across the US also continue to have a fight on their hands – for every case like Loudoun that gets national attention, there are thousands of similar stories that go unnoticed. And Merrick Garland still hasn’t called off the FBI on concerned parents.

Scott Smith and his fellow parents deserve an apology. And parents everywhere deserve to have far more say in their children’s education.