The House of Lords is a menace to democracy, no matter who sits in it. 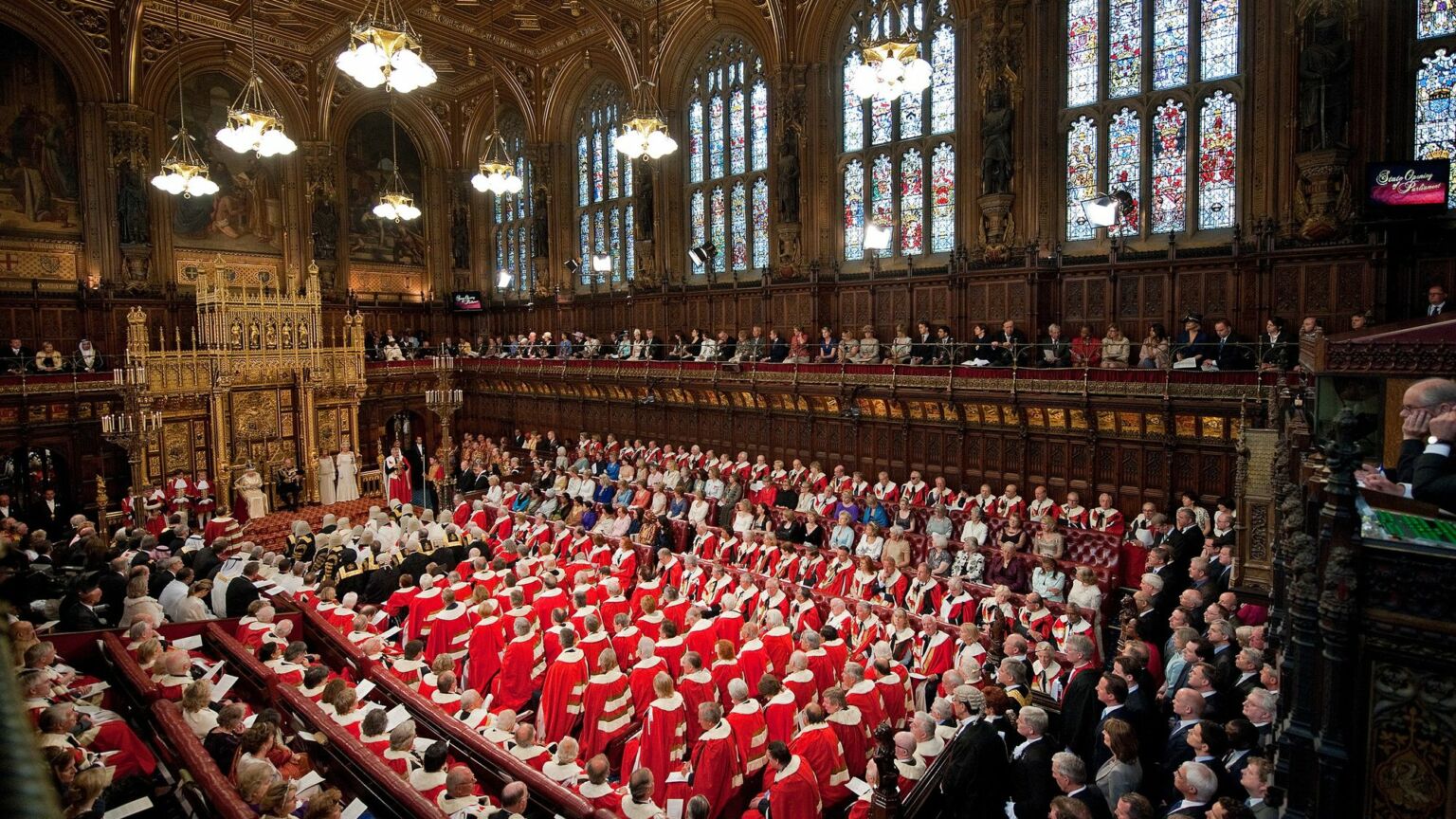 Are the Tories secretly a band of revolutionary democrats, who are conspiring to discredit the anti-democratic House of Lords by filling it with fools and failures? Of course not. But you might suspect so, judging by the motley collection of individuals who have been nominated for peerages in former prime minister Boris Johnson’s resignation honours list.

Johnson has achieved the rare distinction of nominating a gaggle of new lords that looks even worse than his last list. Among the 20 or so nominees he reportedly wants to see sitting on the Lords’ red leather benches are several hopeless MPs, Conservative donors and his former personal aides and advisers. These latter include Ross Kempsell, aged 30, and Charlotte Owen, who The Times reports is ‘believed to be in her late twenties’, that would make them the youngest-ever life peers.

Even one anonymous Conservative MP has described Boris’s proposed new peers as ‘a shameful list of bootlickers, bimbos and tropical-island holiday facilitators, who between them can be proud to have pushed trust in politics to an extreme low during their tenures and offered very little in return to the British people’.

This might look like an open goal for those of us who want to see the unelected, unaccountable House of Lords abolished, as a permanent menace to British democracy. Yet with its usual unerring instinct, the opposition has missed the real target. Critics focus on the ages and perceived inadequacies of the individuals nominated as peers, rather than the inherently anti-democratic character of the House of Lords itself. Why should an unelected 20-something Tory peer meddling with laws be any worse for democracy than, say, an unelected 80-something Liberal Democrat lord?

Meanwhile, Keir Starmer’s Labour Party, while moaning about Tory ‘cronyism’, continues to nominate its own cronies to take seats in the Lords. Recent nominees include former Labour front-bencher Tom Watson, branded ‘the Nonce Finder General’ by Richard Littlejohn of the Daily Mail, for his leading role in the moral panic about an alleged Westminster paedophile ring and the police witch-hunt it started.

The Labour Party has even managed to come up with technocratic proposals for reforming the upper house of parliament which, as Joanna Williams recently argued on spiked, could be even less democratic than the current execrable institution.

And democracy should be the only issue at stake in the debate about the Lords. The problem is not who individual lords are, but the collective role they play: as an unaccountable base of establishment power that exists to interfere in the process of passing laws and to restrict the authority of the elected House of Commons. By the standards of democracy, nobody should be considered a fit and proper person to sit in the Lords.

The continued central role of the House of Lords in the UK constitution confirms that Britain’s political elites have a tenuous relationship with real democracy. That word comes from the ancient Greek merger of demos (the people), with kratos (power or control). The Lords exists to keep those two elements as far apart as possible.

Tony Blair’s New Labour government kicked most of the old hereditary peers out of the Lords in 1999, replacing the aristocrats with life peers nominated by political parties. This was pledged to be only the ‘first stage’ of a far-reaching plan for democratic reform of the Lords. Yet more than 20 years later, the house full of appointed life peers remains every bit as anti-democratic as the old home for hereditary aristocrats. Indeed, it is arguably worse.

The Lords has ballooned in size to around 800 peers, making it the largest legislative assembly outside the National People’s Congress of Communist China (and it is just as unrepresentative of the people, too). While some of these peers might just sit in the bar collecting their fees and expenses, the more dangerous ones are those who actively interfere in the legislative process, seeking to thwart the will of the elected Commons.

With its unelected anti-Tory majority, the Lords has become a bastion for every anti-democrat seeking to wrest power back from the electorate – most notably in peers’ ongoing crusade to undermine or overthrow the vote for Brexit. To their lasting disgrace, many on the left have become cheerleaders for this ermine-clad Remainer rump.

The Tory governments of the past 12 years might have been expected to take steps to counter the power of the peers. Indeed, in his victorious 2019 election campaign, Boris Johnson promised a review of the UK constitution, which would propose reforms of the Lords. Instead, Boris took the easy route of trying to stuff the Lords with his chums. During his time as prime minister, the Guardian reports, Johnson created 86 new peers – more than 10 per cent of the total. If his resignation list is approved, he will be responsible for putting more than 100 backsides on the Lords’ benches.

Even after Johnson left 10 Downing Street, his short-lived successor, Liz Truss, ennobled another businessman so that he could join her government. Within a month of his appointment, Truss had gone as PM, but Lord Johnson (no relation to Boris) remains a peer for life.

The four Tory MPs Boris Johnson now wants to nominate have agreed to postpone taking their peerages until the end of this parliament, to avoid the need for tricky by-elections. In other words, they will dodge facing the electorate and scuttle off to the Lords through parliament’s back door. That captures the anti-democratic essence of the entire rotten structure.

In 1649, Oliver Cromwell’s revolutionary Commons passed an act abolishing the House of Lords for having proven itself ‘useless and dangerous to the people’. That remains a fitting description of the house of appointed peers, however old or inadequate its members may be.

This week’s Midterm elections might have returned some oddballs to the US Senate, along with a 25-year old Democrat hailed as the first ‘Generation Z’ senator. But however bad they turn out to be, at least, unlike the UK’s life peers, the American people can eventually vote to get rid of them, next time around. In a democracy, power should be for an elected term, not for life.