The madness of lockdown

SAGE adviser Mark Woolhouse on why he spoke out against lockdown. 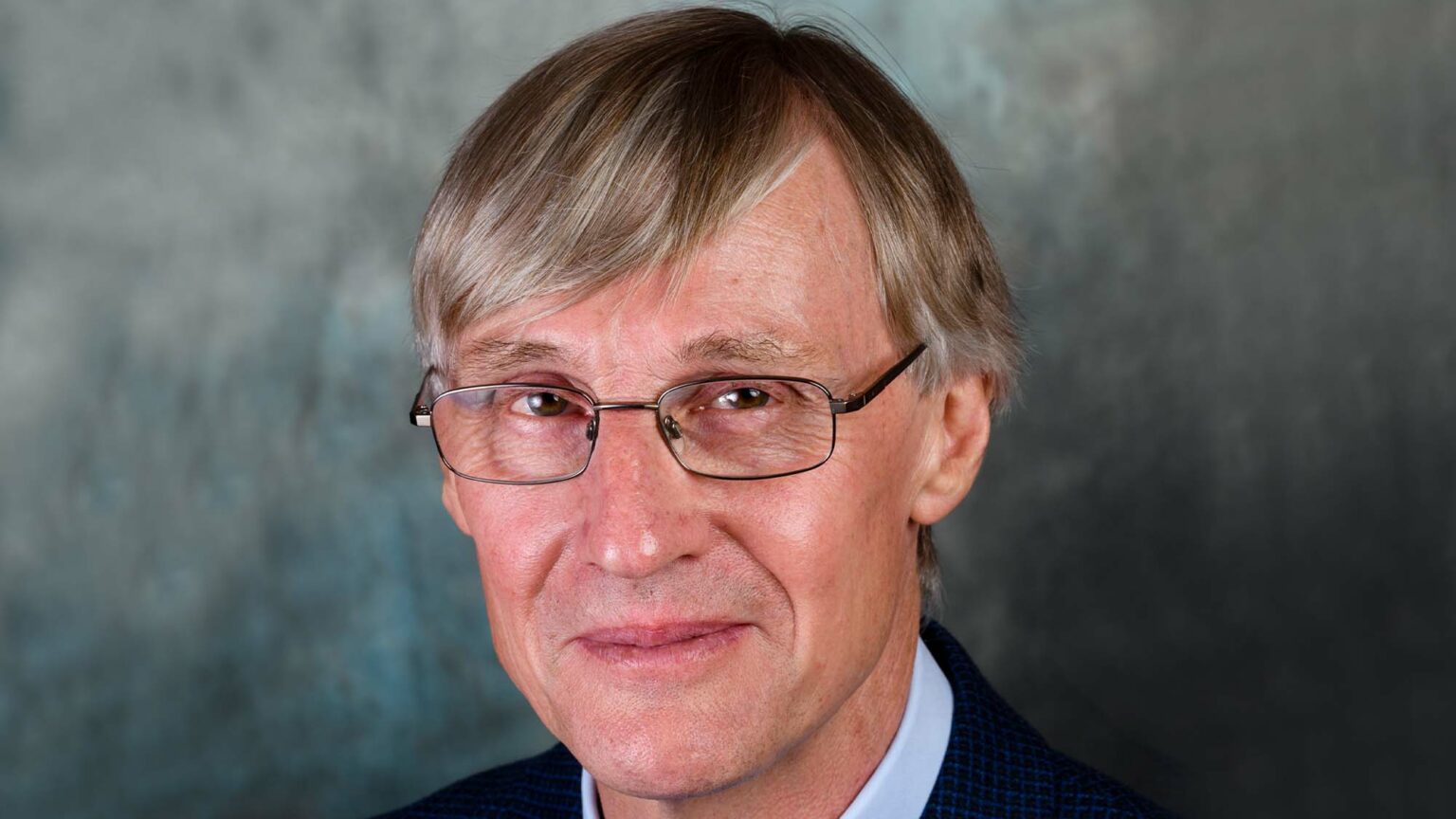 The era of lockdowns is drawing to a close. Nearly two years after the UK’s first national lockdown, some of the last remaining Covid restrictions were lifted in England this week. Around the world, most governments are accepting that we need to learn to live with the virus. But how did we end up imposing such harsh and unprecedented restrictions in the first place? Was lockdown really inevitable, or even necessary?

Professor Mark Woolhouse is an infectious-disease epidemiologist, an adviser to the UK and Scottish governments and author of the new book, The Year the World Went Mad: A Scientific Memoir. spiked caught up with him to get his view of the past two years.

spiked: After the first nationwide lockdown, in the summer of 2020, you said lockdown had been ‘a monumental mistake’. What led you to that conclusion at that stage?

Mark Woolhouse: It was already becoming very obvious, not just in the UK, but also across the whole world, just how extraordinarily damaging lockdown was going to be. It was damaging to the economy. It was very, very damaging to education, because basically we closed almost all educational establishments.

Also, there was an indirect effect, particularly during the first lockdown, on other kinds of healthcare. There was an absolute cliff-edge drop in people attending healthcare for the reasons they would normally attend healthcare. Everyone had been told to stay away from hospitals to protect the NHS. And they did, even when they actually needed to be in hospital and needed to be treated for things that weren’t Covid.

And of course, there’s the business of actually shutting down society: the distress and the mental-health harms that this builds up. We now have an epidemic of mental-health problems to deal with.

The main reason I said it was a monumental mistake on a global scale was that the people who were most affected by all of this were actually children and the younger generations – the people who we already knew at the time were at much less risk from Covid-19.

spiked: Back in 2020, many people talked as if lockdown would eliminate the virus. Boris Johnson said we were going to ‘send coronavirus packing’. The Scottish government talked of a ‘Zero Covid’ approach. Do you think people misunderstood what lockdown was actually capable of achieving?

Woolhouse: I think they misunderstood two things. The first was the point you just raised, that lockdown does not solve the problem, it simply defers it to another day. But you could only understand that if you’ve already accepted, as I and many other infectious-disease epidemiologists had, that by this stage in the UK, the virus was here to stay.

The prospect of eliminating the virus in the UK had gone, certainly by the second half of February 2020. Too many cases had already come in. There were literally a thousand or more separate introductions of the virus from Europe.

When you know that you are going to be living with a virus for the foreseeable future, then clearly however you intervene, it has to be sustainable. And lockdown, whatever else it is, is clearly not sustainable.

spiked: One of the words we kept hearing in 2020 was ‘unprecedented’. Were there good reasons why something like lockdown had never been tried before, despite pandemics being a relatively regular occurrence in human history?

Woolhouse: The problem was that Covid fell between two stools. Back in 2003, an elimination and eradication approach had been successful in dealing with the original SARS coronavirus. There were no lockdowns, but chains of transmission were broken by quickly finding cases, isolating them and quarantining their contacts. The world got rid of a potential pandemic pathogen after fewer than a thousand people had died from it. SARS had a very high case fatality rate, so preventing its spread was a major global health triumph.

Although the novel coronavirus is very closely related to SARS, it turned out that it is dissimilar in some crucial ways, particularly in that it allows for asymptomatic transmission. That means it was always going to be much harder to contain.

Countries that were primed to deal with SARS, particularly in southeast Asia, had a particular strategy, which actually, for the most part, worked quite well. But it still wasn’t enough to achieve what we did with SARS.

On the other hand, most of Europe and North America were playing from a different playbook. We were planning for pandemic influenza. Crucially, influenza has a much lower R-number [reproduction rate]. And so for an influenza pandemic, you don’t have to introduce such extreme social distancing to get the R-number below one. We then discovered that we were dealing with a virus with literally twice the R-number for flu. And yet, we tried to use the same method. Obviously, that meant we had to do far more social distancing than we had ever planned for. And what we ended up with was lockdown.

spiked: Did our government ever properly consider the harms of lockdown?

Woolhouse: Advisers like myself were told at the time that these things were being considered. But like you and like everyone else, I never saw the evidence. Over the past two years we’ve all seen incredibly detailed epidemiological data, public-health data, NHS data, epidemiological modelling of what might happen. But I’ve never seen anything like that for the economic harms, the educational harms, the knock-on harms to the health service, the mental-health harms. Where were all those projections? I never saw them as an individual or as a scientist or as a government adviser. And that seems to me to be quite extraordinary. It’s a routine procedure in government to do some kind of impact assessment of any kind of major measure you’re going to introduce, whatever it may be. And we didn’t do it for lockdown. So these harms went unquantified. And therefore, I fear, they went unconsidered as well.

spiked: Do you think we’ve relied too much on criminal sanctions and punishment to push the public to behave in a certain way, rather than relying on guidance, common sense and people’s willingness to do the right thing?

Woolhouse: So this is a personal view, not an expert view. I’m not a behavioural scientist or anthropologist. But my impression is, yes, that actually people are pretty good at self-regulating their behaviour.

There are two ingredients to getting this right. One is giving people the information they need. They need to know, what are the risks to me and the people around me? And what can I do about that? And then, if the things they can do about that are difficult, like, for example, self-isolating and not going to work when testing positive, they need to be helped to do those things. So I think the government can provide guidance and support.

Certainly in hindsight, I think that would have worked very, very well. Because that’s my experience of how people have behaved over the past two years. They’ve been very responsible and cautious, for the most part.

spiked: In the lockdown debate, a binary seems to have developed where if you’re critical of the measures you’re told you want to ‘let the virus rip’. But were there not alternatives to lockdown that might have struck a better balance between protecting the public and preserving their freedoms?

Woolhouse: It was certainly true that in public debate, if you were sceptical about the value of lockdown, you were immediately accused of two things. One is not thinking that novel coronavirus was a public-health threat. Well, it is. It’s a very major public-health threat. It’s not just a bad flu, it’s much worse than that. And the other was that you were apparently accepting the fact that more people will have to die. Absolutely not. Over 160,000 people in the UK have died. We’re heading for six million deaths worldwide. Nobody would accept more deaths. So if it were true that there was no other way to save more lives, then we’re stuck with lockdown.

Now we did try to protect those people with the shielding policy. But really all that amounted to was asking them to go into extreme self-isolation, which for that demographic is not only undesirable but is also completely impractical. They have carers and they need to interact with healthcare provision, and so on, so they can’t do it. So that wasn’t a good strategy.

So how do you protect those people? First of all, since they have to have contact with certain people, you make it as Covid-safe as possible for them to have those interactions. Take all the precautions we know to take now, about wearing masks, ventilation and physical distancing. But that alone isn’t enough. You need to make sure that the contact themselves does not have an infection and is not going to pass it on to the vulnerable people they’re interacting with. We were talking about this in April and May 2020 to many people in government. But we never implemented it. It never took off. And yet it’s quite clear from our work that this would have had a very significant impact. It would not be enough by itself. You still need to suppress the virus to a degree, but you wouldn’t need lockdown.

Vulnerable people still needed to interact with their support networks and we didn’t do enough to make those networks safe. And also, it turns out that many of those people, for obvious reasons, had to interact with healthcare suppliers. They had to go to hospitals and a significant proportion of them got their infections there. We did not do enough to protect these people.

spiked: What lessons can we learn for the future?

Woolhouse: We are going to face pandemics in the future, I’m afraid. And in the short term, we may well still experience variants of this novel coronavirus. So we do have to learn these lessons. I think that’s starting to happen. The government has published clear plans for dealing with a new variant that seem to be quite appropriate.

I have learnt one thing that I really hadn’t anticipated. At the beginning, I was concerned that we wouldn’t react enough to the novel coronavirus. It had not occurred to me that, having first underreacted and dithered, we would then overreact and panic, and end up in lockdown. So I now understand that we also need plans that protect us from ourselves as well. And we need to make quite sure we have all the evidence lined up when this happens again. We need to ask: What is proportionate? What is effective? What is sustainable? Hopefully that will not involve lockdowns.