No, the last days of Trump were not ‘just like Hitler’

For four years, commentators have triviliased the horrors of Nazi Germany to score cheap political points. 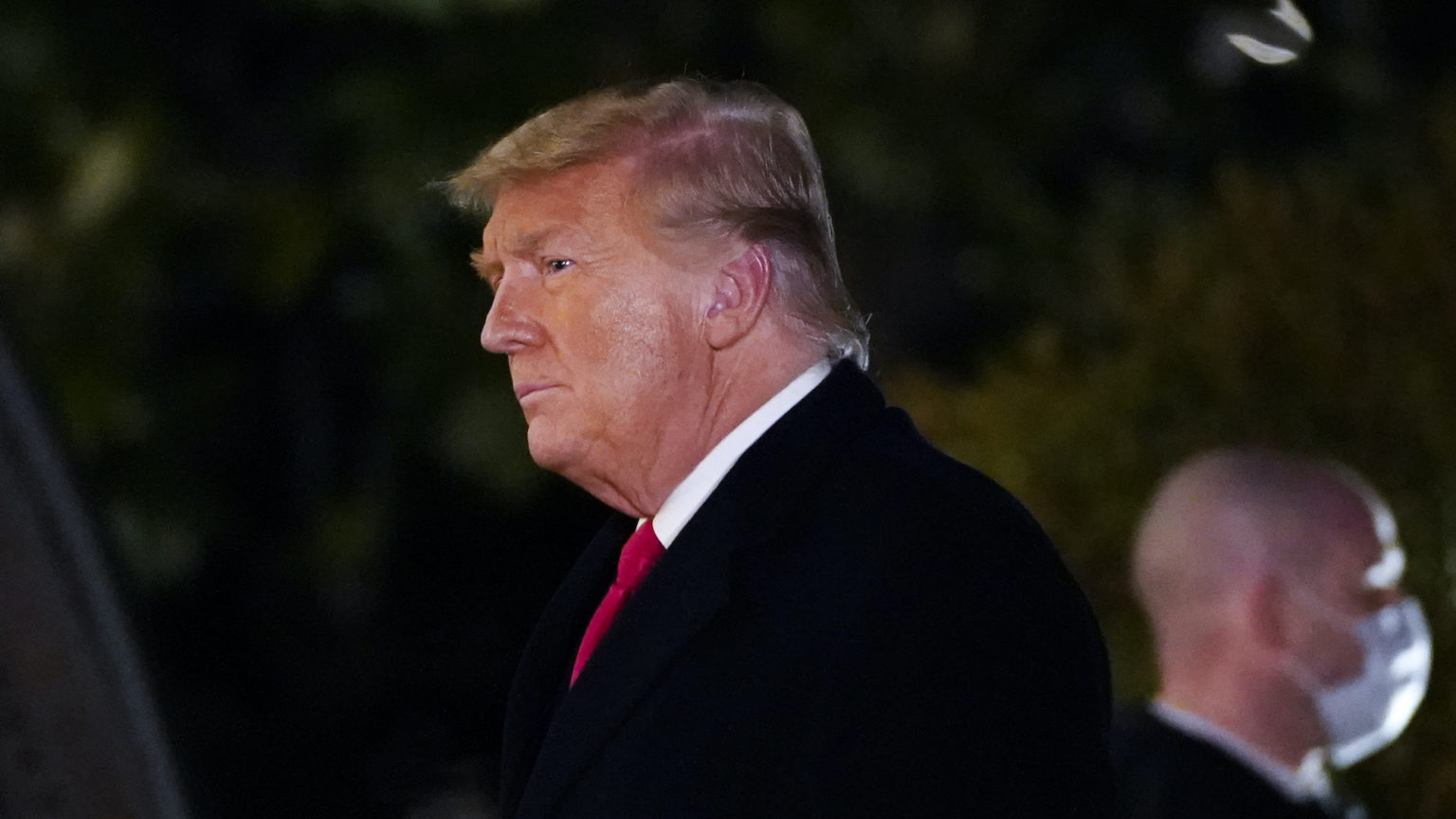 Nothing demonstrates more clearly the exhaustion of mainstream politics and its vocabulary than its constant reference to Adolf Hitler, the Nazis, the Holocaust and the threat posed by fascism. Reading contemporary political commentaries, people could easily end up believing that we are living through the final days of the Weimar Republic.

In our time, the most striking expression of the politics of fear is the promiscuous use of Nazi-related metaphors. Though this trend has been evident for well over a decade, it has gained a powerful momentum since the election of Donald Trump.

Even before he was elected, he was cast in the role of a would-be Hitler. ‘This is how fascism comes to America’, declared neoconservative commentator Robert Kagan in the Washington Post.

Alarmist accounts of fascist mobs on the march were frequently endorsed by academic experts. In the spring of 2017, Yale historian Timothy Snyder raised parallels between developments in the US and the rise of totalitarian monsters in the 1930s. He coined the term ‘pre-fascist’ to characterise the ‘post-truth’ political style of Trump.

The term ‘pre-fascists’ is an extremely useful one for linking developments that one does not like to the imminent arrival of fascism. In other words, there is no need for the presence of real fascists for it to be a clear and present danger. The concept of ‘pre-fascism’ gives the impression that unless something is done, the question is not if but when the fascist takeover occurs.

The fantasy of pre-fascism provoked Arnold Schwarzenegger to publish a Twitter video in which he stated that the invasion of the Capitol earlier this month reminded him of Kristallnacht in 1938. He did not actually say that what happened in Washington, DC was the same as Kristallnacht but that both started with the same thing: a lie. Both Schwarzenegger and Snyder demonstrate their historical illiteracy when they say lying was the point of departure for the Holocaust.

At least Snyder recognised that in pre-fascist America, the train carrying brownshirts had not yet arrived at Washington Union Station. Not so with other fascists-under-the-bed commentators. Paul Krugman of the New York Times, who has turned the politics of fear into an art form, rhetorically asked: ‘So, is it finally OK to use the F-word?’ Pretending to be sensitive to misusing the F-word, Krugman wrote that ‘one shouldn’t use the term “fascist” lightly’. However, he then declared that Trump ‘is indeed a fascist’ and ‘so are many of his supporters’.

By the middle of last year, it seemed as if political opponents of Trump and their supporters in the media had become so addicted to the reigning myths about fascism that they actually believed that they were living in 1930s Berlin rather than in present-day Washington. Representative Jim Clyburn, the Democratic House majority whip, told CNN’s Chris Cuomo: ‘I’m beginning to see what happened in Germany back in the 1930s… I never thought this could happen in this country.’

The history of Nazi Germany has been plundered for metaphors of evil to be hurled at opponents. The invasion of Capitol Hill has become the historical equivalent of Hitler’s attempted beer-hall putsch in Munich on 8 November 1923. A Washington Post commentator writes that ‘Trump’s last days’ remind him of this ‘specific Hitler analogy’. Others prefer to draw out the supposed similarity between Trump’s last days ‘ensconced in the White House “bubble bunker”’ and Hitler’s Führerbunker.

President-elect Joe Biden has also joined in. He could not resist the temptation to refer to Goebbels’s propaganda machine and his ‘Big Lie’ when denouncing the attempts by Trump and his allies to undermine the election result.

Some of the attempts to evoke Weimar Washington have really scraped the barrel:

‘Anyone who has studied Hitler will recall he loved big crowds and revved them up with rants packed with propaganda and lies. He thought if you told a big lie often enough, people would believe it. Trump loves rallies too’.

Suddenly, big rallies derive from ‘Hitler’s playbook’ and serve as a warning for later crimes against humanity.

The editor of the Algemeiner, a Jewish newspaper, hit the nail on the head when he denounced the recent proliferation of ‘it’s just like Hitler’ rhetoric. Dovid Efune stated that ‘references to Nazi Germany – which is obviously the most extreme time and the most extreme and dangerous regime in modern history – seem to be the political cudgel of choice that commentators, political pundits, politicians and leaders themselves are quickly reverting to’.

Crying wolf about the return of fascism does little to shed light on what is happening. Instead, it polarises debate to the point that political opponents are transformed into enemies. In effect, condemning someone as a fascist serves as an invitation to shut that person down.

Unlike the real fascists whose destructive power threatened the very existence of civilisation, today’s caricature of a fascist exists mainly in the imagination. Tragically, this imaginary incarnation of evil will likely retain a prominent role in the woke political drama. But what those who fantasise about fascism don’t realise is that by artificially resurrecting Hitler and constantly warning about the return of Weimar, they are trivialising the dreadful events surrounding the rise of the Nazis in Germany.