It is obscene to compare the Capitol riot to Kristallnacht

Arnold Schwarzenegger and others are fanning the flames of Holocaust Relativism. 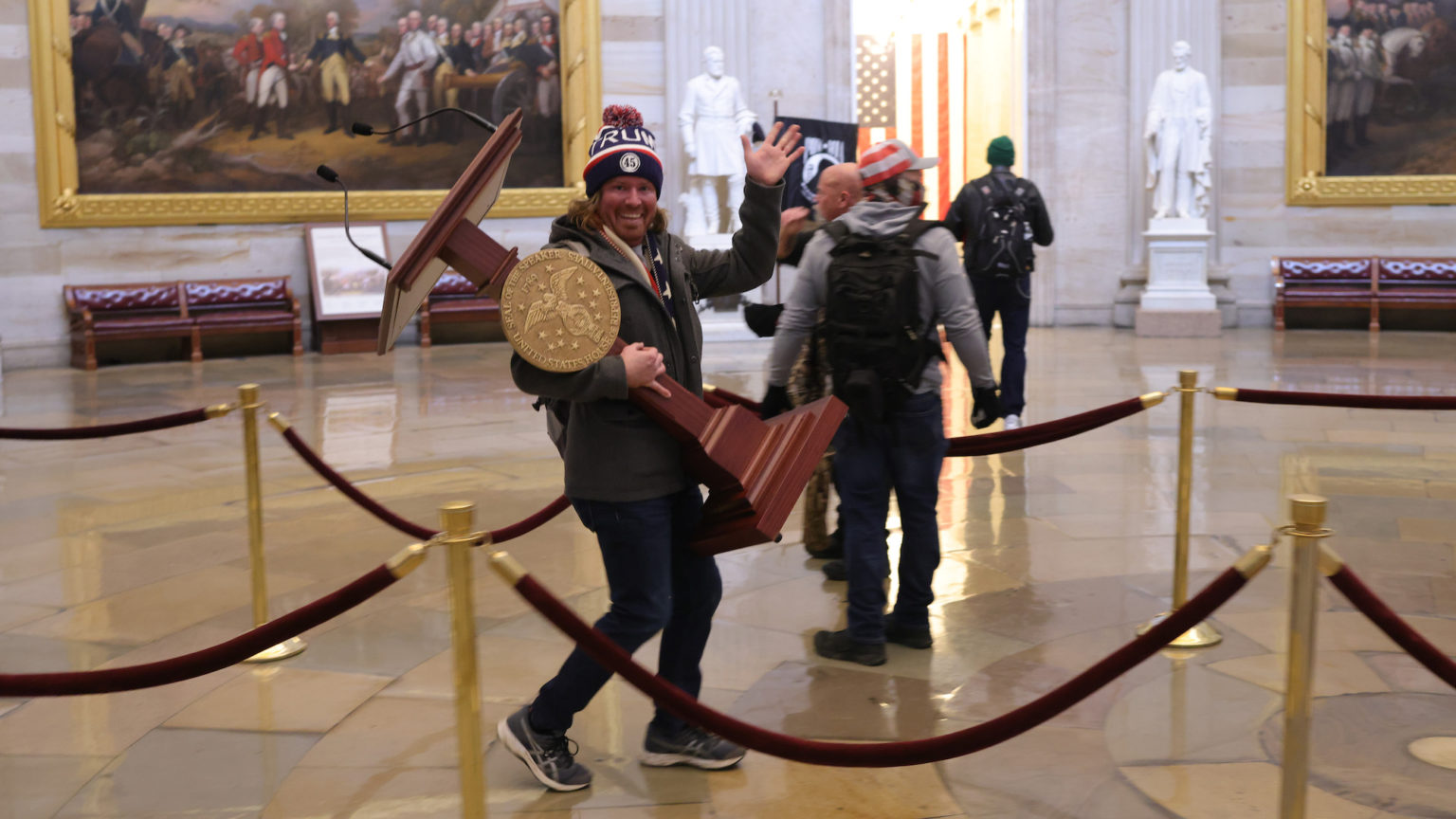 Everyone agrees that the storming of the Capitol was a reckless, immoral act. And everyone could see that the mob consisted not only of clownish chancers taking selfies in Nancy Pelosi’s office, but also vile anti-Semites, one of whom was adorned in a despicable t-shirt celebrating the gassing of Jews at Auschwitz.

And yet the ceaseless comparison of this criminal incursion with the rise of the Nazis in the 1930s is completely out of order. The people describing the Capitol mob’s antics as a ‘fascist coup’ or a sequel to Kristallnacht are witlessly minimising the unprecedented crimes of the 1930s by likening them to an opportunistic, shortlived stunt in 21st-century America.

From the moment those oafs broke into the Capitol, commentators were dredging up the spectre of the Thirties. ‘This is definitely fascism’, outraged observers cried, just like they did when Trump was first elected, when Brits voted for Brexit, when populist parties did well in Italy and Germany, and even when some Labour Party politicians talked about the importance of place and family. (‘Do you mean blood and soil!?’, the tedious fascism-obsessives said.)

Arnold Schwarzenegger has taken this historical illiteracy to dizzying new heights – or lows. In a weird Twitter video in which he waves a sword around while rebuking Donald Trump and slamming the Capitol Building mob, Schwarzenegger says the events of last week reminded him of Kristallnacht in 1938. ‘Wednesday was the Day of Broken Glass right here in the United States’, he said, to rousing cheers from the Twitterati and liberal media. Arnie is ‘absolutely right’ to compare the breaching of the Capitol to Kristallnacht, said a writer for the Guardian.

The historical ignorance on display here would be funny if it wasn’t so deadly serious. Kristallnacht, or Night of the Broken Glass, was a violent, sustained and militaristic pogrom against Jews in Nazi Germany in November 1938. It was well organised. It was spearheaded by the Sturmabteilung, the first paramilitary wing of the Nazi Party, who were assisted by many racist German citizens. They used clubs and hammers to destroy synagogues and Jewish-owned businesses. More than 90 Jews were slaughtered in this orgy of racist violence and 30,000 were arrested and placed in concentration camps. This all happened in the space of two days. This barbaric act is widely considered to be the starting point of the Holocaust.

To speak of that utterly bleak moment in human history in the same breath as the idiocy on display at the Capitol last week is not only wrong – it is also obscene. Schwarzenegger and his army of cheerleaders in the media might think that mentioning Kristallnacht helps to emphasise how horrible that Capitol mob was, but in fact all it really does is diminish that most grave crime against humanity. They are rendering Kristallnacht ordinary, mundane even, not dissimilar to when a protest gets out of hand in the 21st century, as happened last week, and as has happened many, many times in recent years.

Imagine American schoolkids in a future history lesson. Their teacher starts a discussion on Kristallnacht. ‘Oh yes, something very similar happened here in early 2021’, the kids will say. That’s what they’ve been told, by celebrities, the media and social-media influencers. But it isn’t true. It’s so far from being true that it’s immeasurable. We are warping the historical record for the cheap thrill of calling Trump and his supporters ‘Nazis’.

Schwarzenegger isn’t alone, of course. A few months ago CNN’s Christiane Amanpour compared Trump’s style of governance with Kristallnacht. Alexandria Ocasio-Cortez has accused Trump of running concentration camps on the border with Mexico. And across the liberal media for the past four-and-a-half years – and longer, in fact – all sorts of ideas, people and groups that the chattering classes disapprove of have been branded Nazi-like. ‘It’s like the 1930s’ has become the morally infantile cry of a political clerisy so wounded by the populist defiance in the votes for Brexit and Trump.

If this stuff was just historically inaccurate, that would be bad enough. But it’s worse than that. This all feeds into the scourge of Holocaust Relativism, into the idea that the Holocaust wasn’t such a big deal. After all, if Kristallnacht happens every five minutes, and if Trump or Salvini are literally like Hitler, and if Brexit Britain has the feel of 1930s Germany, then all those things that happened in the 1930s can’t have been so bad; clearly they were just political upsets and tensions, like those we have experienced in much of the Western world in recent years.

This relativises, minimises and diminishes the crimes of the Nazi regime. It normalises them. It reduces them to mere rowdy protests or something akin to Britain leaving the European Union. And such Holocaust Relativism is a hop, skip and a jump away from Holocaust Denial. Indeed, the starting point of Holocaust Denial is the idea that the events of the Thirties and Forties weren’t that bad. They’ve been exaggerated, racist lowlifes claim. The witless minimisation of the Nazis’ crimes by the opportunistic opponents of populism nourishes this warped view of the Holocaust.

People have got to stop using the Holocaust as an exclamation mark to their political viewpoint. The transformation of the Holocaust into a rhetorical weapon of the new elites is spreading historical ignorance and fanning the flames of new forms of Holocaust questioning and anti-Semitic spite. This cynical mining of historical suffering is causing far more longer-term damage than the breach of the Capitol.