‘Uyghurs are given a decision: abandon our culture or die’

Uyghur activist Rahima Mahmut on the Chinese government’s persecution of her people. 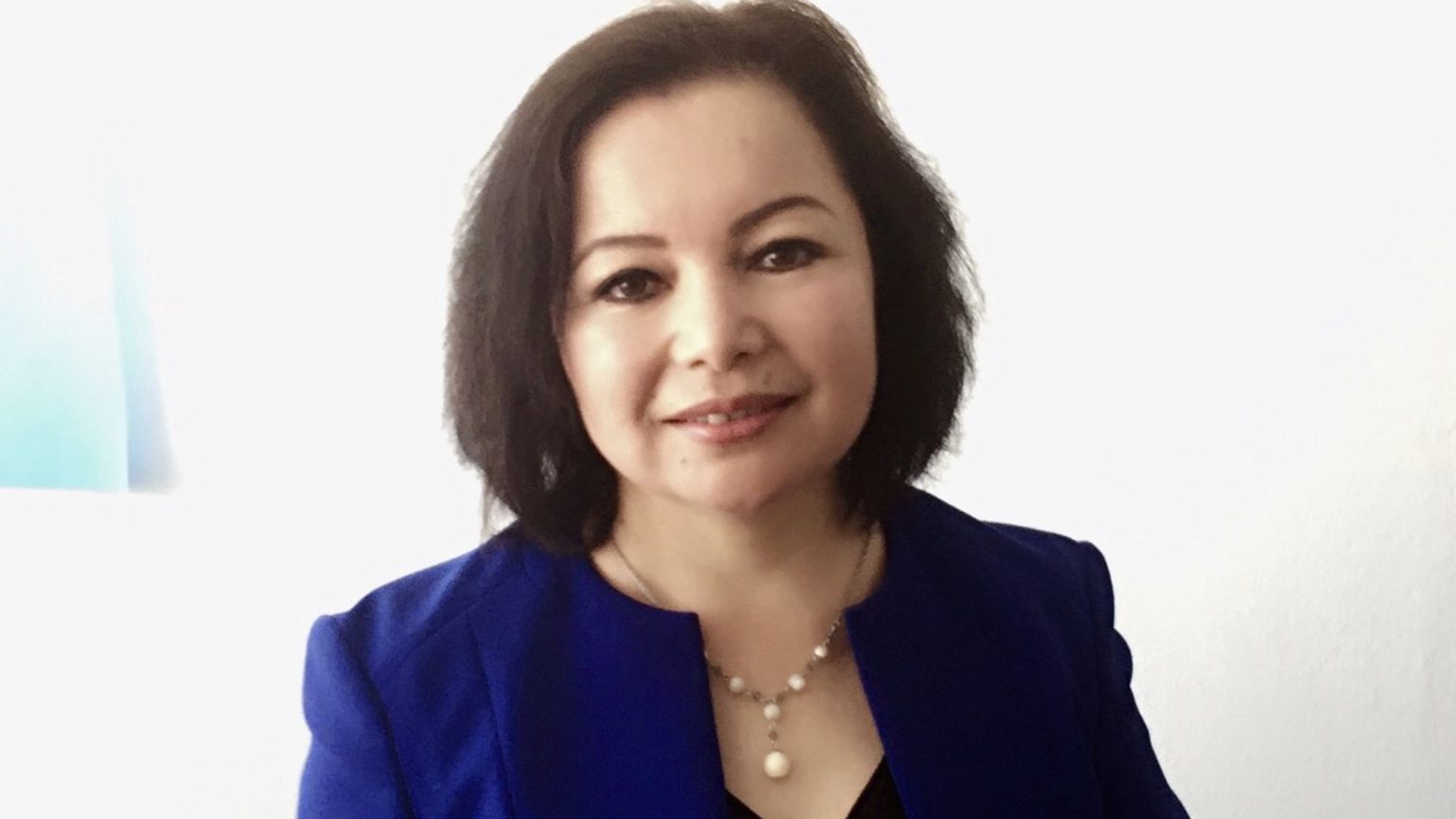 China has been in the news a lot in 2020. The global Covid-19 pandemic, the protests and riots in Hong Kong, and security questions over Chinese firms like Huawei have all led to increased focus on the world’s second superpower. But something far more shocking than all of this has been escalating in China over the past few years – the systematic persecution of the Uyghurs and other Muslim minority groups.

Rahima Mahmut is a Uyghur activist, singer and translator. She moved to the UK in 2000, and is the UK project director for the World Uyghur Congress. She has long been campaigning to raise awareness of the plight of her people. spiked caught up with her to find out more.

spiked: What is the situation like for Uyghur people at the moment?

Rahima Mahmut: During the past three-and-a-half years, the Chinese government policy against the Uyghurs and other Muslim minorities has been genocidal. Up to three million Uyghurs and other Muslims are locked up in concentration camps – what China’s government calls re-education camps. Many people have lost their children to the so-called ‘Loving Kindergartens’. The Chinese government knows how to name these awful, barbed-wired kids’ camps. We have seen leaked video footage of children in the camps crying for their mothers. And we know, from the description of the camps given by those who were lucky enough to be released because of their foreign nationality, about the methods of torture, the culture of gang rape against both men and women, the indoctrination and the brainwashing. There are even elderly people, some of them unwell, who have worked their entire lives for the government, who have been taken away and forced to learn Chinese, to recite Chinese government propaganda, and to sing the Chinese red songs.

Words fail to describe what is happening. There is footage of blindfolded and shackled people being herded at train stations. These scenes remind you of footage from the Nazi era – the systematic targeting of a people for complete eradication. The Chinese government openly considers Islam a disease that has to be cured, and Uyghurs are being forced to denounce their religion. One lady said in an interview with the BBC that after each session of the indoctrination, the teachers would ask each person if they believed in God. If they said yes, they were beaten up or taken into torture rooms. She said in tears that she had to state she did not believe in God, while inwardly asking God for forgiveness.

I experienced the Ghulja massacre in 1997 in my home city, where a peaceful protest demanding equality and freedom was crushed by the military. About four to five thousand Uyghur young men and women were put in prison on long sentences after sham trials. It was terrible – but I never expected things would get as bad as they are today. I have not been able to speak to my family in China since 2017. I feel like every day is a nightmare.

spiked: How did persecution develop over the decades before 2016?

Mahmut: Throughout history, Chinese authoritarian regimes have sought to assimilate other cultures and peoples. Many ethnic groups have been assimilated which today no longer exist, insofar as they cannot speak their original languages, and their cultures are completely diluted and assimilated into wider Chinese culture. But for the Uyghur people, our geographical location in the north-west meant we were, for a long time, seen as a separate country, even after being annexed by China. In 1949, the proportion of the population of Xinjiang that was Han Chinese was only four to five per cent. This was not large enough to force assimilation of Uyghurs. But since then China has slowly been taking measures with the end of swallowing the region. Even the name of the Xinjiang region is a colonial name meaning ‘new territory’.

Uyghurs have been suffering for a long time. The worst-hit places during Mao’s Cultural Revolution were Tibet and East Turkestan. Mao died in 1976, a new leadership came to power and declared the Cultural Revolution policies were wrong. During the 1980s, the whole country, including East Turkestan, enjoyed more freedom. Although it was not as if we were living in a free country like in the West, there were at least the freedoms to attend mosque and to protect our language. But after 1989, the Chinese leadership became more hardline again, and control was tightened all over China.

Mass immigration of Chinese migrants into Xinjiang was encouraged, and over the next 30 years the Han Chinese population increased to almost 50 per cent of the region. The Uyghurs became marginalised, and the government pushed discrimination against us. I remember travelling to mainland China in 1998 and being unable to find a hotel to stay at. When I showed my ID card they said they did not accept Uyghurs from Xinjiang. I was furious. They said they were sorry but the policy was coming from above. The Chinese government portrayed Uyghurs in their propaganda as Islamic terrorists and separatist extremists. They managed to make the Chinese people believe the Uyghurs were the world’s worst race and that they deserved to be punished.

spiked: Why have things escalated since 2016?

Mahmut: In 2016, Beijing appointed the most ruthless candidate possible for secretary of the Uyghur region, Chen Quanguo. He had served as party secretary in Tibet. During his rule, over 130 Tibetans set themselves on fire in protest at the crackdown on Tibetan Buddhists. In Xinjiang, he operates a police state, using the most sophisticated high-tech surveillance, which involves Huawei. Wherever you go, every moment is recorded.

The data compiled on Uyghurs by the Chinese state – voice samples, blood samples and more – are stored and allow the government to categorise the people into three categories: red, yellow and green. Red is dangerous, yellow is potentially dangerous, and green is normal. This categorisation is then used for organising mass arrests. There are also checkpoints – which Han Chinese do not have to go through, but Uyghurs do. They allow the government to monitor our movement. You see these checkpoints almost every 200 metres.

I believe this is all pre-planned. Before it could carry out these policies, China had to be confident it was powerful enough on the world stage to act without facing serious foreign intervention. It is now in that position, having strengthened its geostrategic security through means such as giving loans to desperate countries around the world – loans that come with associated political costs for those nations in their relationship with China.

spiked: Why is Beijing so intent on doing such terrible things, especially when it causes reputational damage abroad?

Mahmut: Xinjiang is very rich in resources – 84 per cent of China’s cotton comes from the region, as well as lots of oil and natural gas. There is gold, jade and coal. These all make it important that Beijing has total control over the region. On top of that, the Belt and Road infrastructure project features a major development on the border with Pakistan. This development starts in the heart of East Turkestan.

But more importantly, China wants to eliminate the Uyghurs and absorb them into the Chinese people. It seeks to eradicate our culture, language and religion, so we are forced to make a decision: to stay alive, or to die. In order to stay alive, we have to denounce our religion, and abandon our language and culture. The government’s own official documents say it wants to break the lineage of the Uyghurs.

This has nothing to do with ‘tackling terrorism’, as the Chinese government claims. What it is doing is absolutely evil. The parallels to the Nazi era are clear: many Jewish people are speaking out very loudly about what is going on because they can hear the echoes of that time. China wants completely to transform Uyghurs into a Chinese race. It is using forced sterilisation and targeted birth control to achieve it. This is genocide.

spiked: How do you feel about the reactions of Western governments to the situation and to other examples of Chinese repression like in Hong Kong?

Mahmut: In 2018, when the UN accepted the evidence of the camps, I thought there would be some action. But very little has been done. The US government recently passed the Uyghur Act (which requires particular agencies to investigate the abuse of Uyghur rights) and there are the Magnitsky sanctions placed on some Chinese state individuals. But the UK is still inactive on this. Likewise, the UK has not done enough to help Hong Kong, despite being a country with historical connections to it. Hong Kongers have been very badly let down by this government and by the world. China is terrorising Hong Kong. In the Hong Kong protests I saw many signs saying ‘Today Xinjiang, tomorrow Hong Kong’. The Hong Kongers are terrified their country will become another East Turkestan. When Western governments look at the Chinese regime, and what it is capable of doing to Uyghurs, they can draw their conclusions on what is going to happen to Hong Kong if they don’t protect it.

We are happy that at least the [UK] government has announced that it is no longer going to use Huawei in the 5G network. But I am calling on the UN to carry out independent investigations into potential genocide, and asking the UK government to do the same. We also know that some big brands are benefitting from Uyghur slave labour. We ask people to boycott their products. Much more could have been done by now, but the world has been very slow to react.

Rahima Mahmut was talking to Paddy Hannam. You find out more about her Uyghur Solidarity UK campaign here.