Why we must win the fight for free speech

Good on Toby Young for defending people’s right to blaspheme against PC orthodoxy. 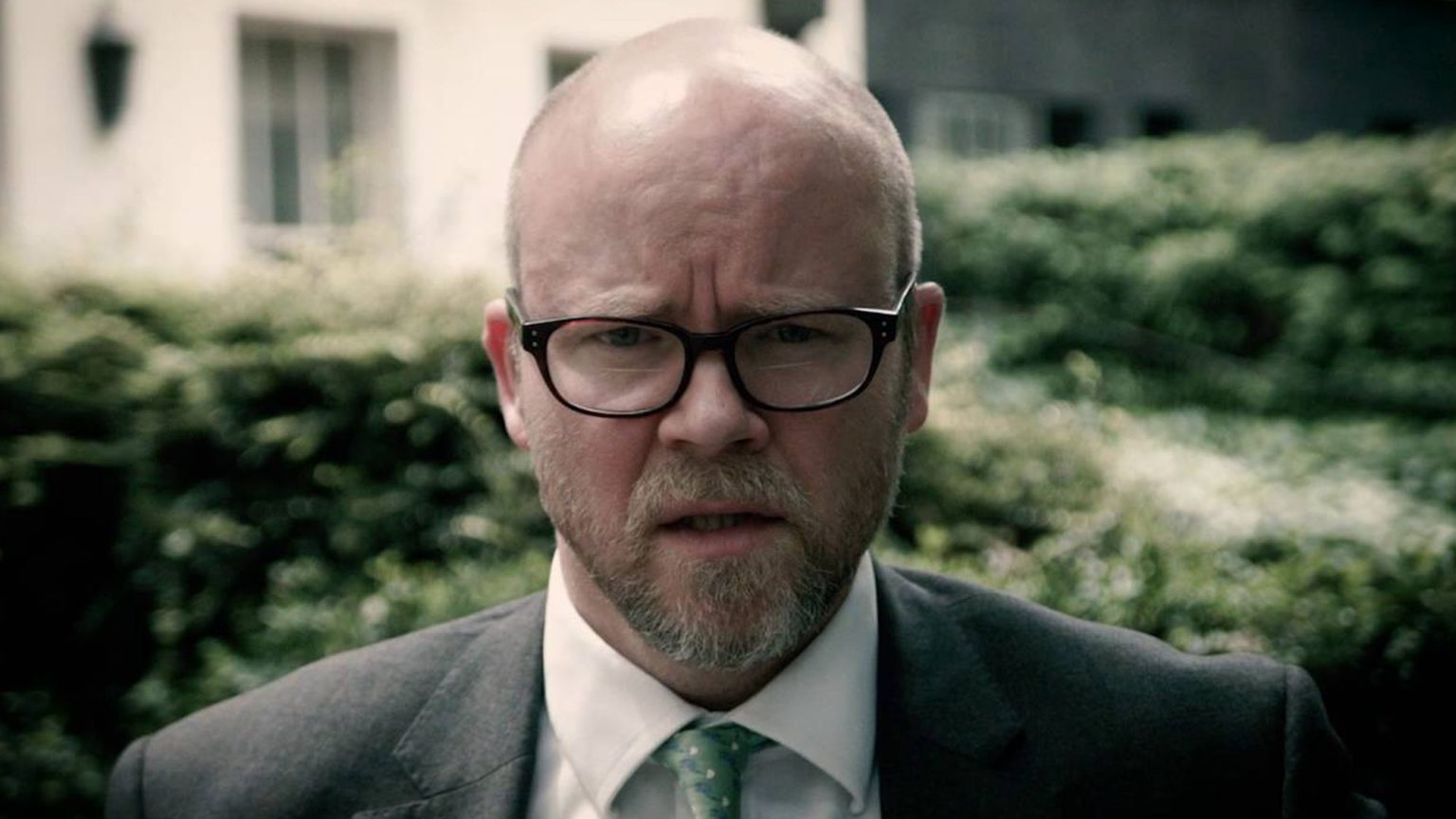 The beautiful thing about the mad reaction to Toby Young’s Free Speech Union (FSU) is that it proves why the union is so necessary. No sooner had Young unveiled his censorship-busting union than the illiberal liberals were out in force to mock it and ridicule it and to insist that, actually, there is no free-speech crisis in the UK. It’s a right-wing myth, they claim. There is no widespread censorship. People aren’t being shipped off to gulags for expressing an opinion. Apparently, the free-speech ‘grift’ – God, I hate the word ‘grift’ – is just a bunch of pale, male and stale blokes pissed off that they can no longer say the N-word or talk openly about women’s boobs. Freedom of speech is not under threat, the Young-bashers claim, and anyone who says it is is probably just an Islamophobe, transphobe or some other breed of phobe itching to spout bile with ‘no consequences’.

This rank denialism, this blinkered insistence that free speech is not in danger in 21st-century Britain, is exactly why we need the FSU and as broad a discussion as possible about the importance of the liberty to express oneself. Because the fact that so many inhabitants of the chattering-class bubble can’t even see that free speech is dying right now confirms how naturalised and uncontroversial the new censorship has become. They don’t even see it as censorship. They see it as perfectly normal, and good, in fact, that certain views cannot be expressed in public life or on social media. That’s how cavalier the new war on heretical opinion has become. At least in the past, from Torquemada to the McCarthyites, authoritarians were honest about being censors. Today’s self-elected moral guardians of correct opinion are so hubristic, so taken with their own moral rectitude, that they don’t even see themselves as enemies of freedom, but rather as decent, unimpeachable maintainers of a natural intellectual order.

Things have come to such a pass that these people will literally seek to censor you in one breath and then express alarm at being called censors in the next breath. Hence the Guardian could publish a piece last week claiming that the idea that there is a culture of censorship in British universities is a ‘right-wing myth’ while simultaneously defending censorship on campus. In an act of extraordinary moral contortionism, Evan Smith mocked the ‘idea that there is a free-speech crisis at British universities’ and then, without missing a beat, he defended the policy of No Platform and the creation of safe spaces because ‘the university cannot be a place where racism and fascism – as well as sexism, homophobia and transphobia – are allowed to be expressed’. The Orwellianism is staggering. ‘There is no censorship on campus. Except the censorship I approve of. Which is not really censorship.’ That is what is being said here. The intellectual dishonesty is almost impressive.

This Orwellian denialism of the existence of censorship by people who actually support and enact censorship cuts to the heart of the free-speech crisis in the UK. The reason the illiberal liberals and woke McCarthyites and Twittermobs don’t consider themselves to be censors – even as they gleefully agitate for the censorship of feminists, secularists worried about Islamist extremism, and right-wing people opposed to mass immigration – is because they have convinced themselves that certain forms of speech are not free speech. That certain beliefs should not be afforded the liberty of expression. You hear it in their telling, baleful mantra that ‘Hate speech is not free speech’. And if ‘hate speech’ is not free speech, but rather some kind of toxin, a pox on public life, then crushing it is not censorship. It is more like an act of public health: cleansing the public realm of diseased thoughts that are liable to harm certain groups. These people see themselves not as censors, but as public-health activists delousing the community of germs spread by evil men and women.

This is why they balk and protest when the words free speech are used against them. They detest the idea that they are enemies of liberty. But of course that is precisely what they are. Just consider that nonsensical chant ‘Hate speech is not free speech’. There are two profound moral problems with this idiotic tautology. The first is that, actually, even genuinely hateful speech, including racist gibberish and misogynistic blather, should be free speech. By its very definition freedom of speech should extend to all speech, even speech we detest. And secondly, ‘hate speech’ has become a slippery, amorphous category that now covers not only foul old nonsense like Holocaust denial, but also trans-sceptical feminism, criticism of Islam, opposition to mass immigration, and so on. ‘Hate speech’ really means thoughtcrime. It is an utterly ideological category used by the cultural and intellectual elites to demonise and censor ideas, beliefs and moral convictions they disapprove of. The war on ‘hate speech’ is the new war on heresy, on free-thinking, on minority opinion, on challenging beliefs. It is blatant censorship.

The illiberal liberals’ conflation of genuine hatred with moral opinion, all of which then gets cynically collapsed under the name of ‘hate speech’, was beautifully captured in an exchange on the BBC’s Politics Live yesterday. Pushing back against the FSU’s Inaya Folarin Iman, Baroness Kennedy arrogantly predicted that the FSU would be embraced by ‘racists… people who hate homosexuals, who hate trans people, [and] people… who have hostile views towards Islam’. Hold on. One of these things is not like the others. What is wrong with having hostile views on Islam? Is hostility towards a powerful world religion now a form of ‘hate speech’? Yes, it is. Kennedy’s conflation of criticism of Islam with racism and homophobia perfectly encapsulated the way in which ‘hate speech’ is now used to police not only genuinely hateful ideas, but also blasphemy against religious ideas. Even that key freedom human beings fought so hard for – the right to mock gods and prophets and religious ideology – is now threatened by the censorious ideology of ‘hate speech’.

The cynical category of ‘hate speech’ is openly used to police the parameters of acceptable thought and to punish those who are considered to hold heretical views that the guardians of moral correctness oppose. So not only are critics of Islam denounced as ‘hate speakers’ – so are feminists who question the cult of transgenderism, Christians who disapprove of same-sex marriage, right-wing people who want stricter immigration controls, etc. These are all entirely legitimate political or moral opinions. The branding of them as ‘hate speech’ – and therefore undeserving of the protections of freedom of speech – is really a way of calling these views heresy. And of course heretics must be cast out. Feminists, Catholics, critics of Islam – hound them off campus, get them off the airwaves, report them to the police for their crimes of hatred. This is an intolerant assault on heresy of the kind that has appeared many times throughout history. Those who say ‘It isn’t censorship’ protest far too much. Deep down they know it is. Deep down they know they are to the 2020s what Joe McCarthy was to the 1950s.

And what has been wrought by their rebranding of moral opinion as hatred? A new and vast system of censure, speech control, and intolerance. No free-speech crisis in the UK? This is now a country in which the police will visit you if you question transgenderism on the internet. In which Scottish police have created a database of people who make un-PC jokes online. In which feminist academics who believe in biological sex need security guards on campus. In which nine people a day are arrested for things they say online. In which you can be sacked from your job for taking the piss out of Islam in your own time. In which university after university has a policy outlawing ‘transphobia’ or ‘Islamophobia’, severely limiting the expression of feminist and secuarlist ideas. In which the state, corporations and intolerant mobs – the dire troika of the new intolerance – enforce increasingly strict rules on what we can and cannot say.

It is essential we don’t buy the myth that this new censorship is about protecting minorities. Leaving aside the extraordinary paternalism contained in the idea that minority groups require self-elected moral authoritarians to save them from offence, the far more important truth is that this new censorship is about guarding a new political order from heretical dissent. It is about ringfencing the ideology of multiculturalism, the ideology of genderfluidity and the ideology of political correctness from the pesky questions and barbs of dissenting thinkers. These are the new ideologies of the ruling class. These ideologies increasingly govern social life, the educational sphere, and the workplace. The phoney defenders of minorities are really defending new power structures and ideological orthodoxies from public questioning.

The FSU is a very good thing. We need more individuals and groups who are willing to defend freedom of speech and the rights of heresy. It is worth recalling the wisdom of Robert G Ingersoll, the 19th-century American political orator, Civil War veteran and, in his words, ‘American infidel’. He argued that progress is impossible without heresy, without the freedom to blaspheme against religion and to question political power and moral orthodoxy. ‘Heresy is the eternal dawn, the morning star, the glittering herald of the day. Heresy is the last and best thought. It is the perpetual New World, the unknown sea, toward which the brave all sail. It is the eternal horizon of progress. Heresy extends the hospitalities of the brain to a new thought. Heresy is a cradle; orthodoxy, a coffin.’

Good on Toby Young for widening the space for heresy, for seeking to defend the rights of heretics (today defamed as ‘hate speakers’). Because heresy is essential to progress, freedom of speech is essential to democracy, and liberty of thought is essential to the good life. Society always, but always, benefits from the free, unfettered expression of ideas.