Why the Hollywood set loves to hate itself

Identity politics poses no threat to the elite. Constantly bemoaning your own privilege is the best way to keep it. 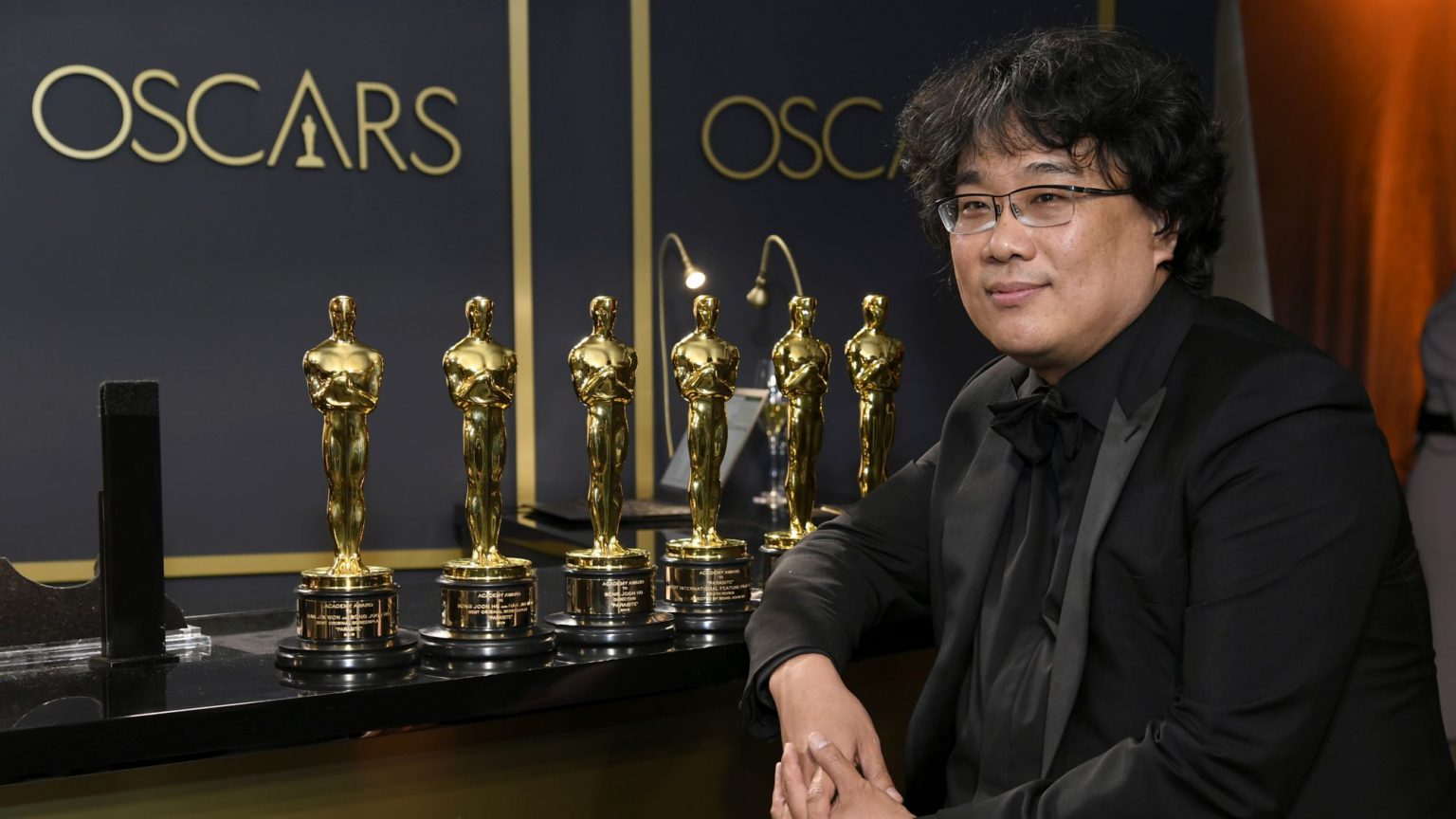 In Bertolt Brecht’s The Threepenny Opera, Jonathan Jeremiah Peachum runs a begging business called ‘Peachum and Co’. Seeing poverty as a commodity, he rents out begging licences to the Lumpenproletariat. Unlicenced beggars get beaten up. The beggars dress in rags so the rich can recognise their function in society – not as human beings, but as mere cogs in the capitalist machine.

Brecht’s criticism of the capitalist system in The Threepenny Opera – that it treats the working class as a means to an end for the bourgeoisie – is also at the heart of Parasite, Bong Joon-ho’s outstanding, multiple-Oscar-winning film.

Like Peachum’s beggars, the members of the poor Kim family in Parasite take on the guises of different professions in the household of the rich Park family. The Kims scheme to have each member of the Park family’s household staff sacked, in order to take their places. The members of the Kim family end up playing their assigned roles better than the original staff of the household, because they are under no illusions as to how the class system works.

When The Threepenny Opera became a success in Weimar Berlin in 1928, Brecht was distraught. His intention was to scare his bourgeois audience. ‘Look what is happening under your noses, the peasants are on to you!’, was supposed to be the message. But instead the good citizens of Berlin would shake Brecht’s hand, congratulate him on a wonderful piece of work, and strut down the street while singing the catchy tunes from the opera.

I wonder if Bong Joon-ho, the director of Parasite, has ever questioned the positive reaction to his film. The rich and famous are falling over themselves to praise its anti-capitalist message. But instead of despairing that the upper classes are missing the point, as Brecht did, Bong seems to be taking the success of his creation in good humour. Parasite is without a doubt a phenomenal film, but why is it so loved by the people it so obviously sets out to antagonise?

Perhaps the elite is unafraid of the poor rising up anytime soon. When bourgeois audiences watched The Threepenny Opera back in 1928, they were made more aware of the plight of the beggars, but this clearly didn’t instil much fear in them. Parasite seems to have the same effect. It raises awareness of the failures of capitalism – but awareness is not the same as class critique. In fact, the notion of ‘awareness’ has become a function of the status quo. This is how contemporary elites justify their position in society in the public eye – through displays of empathy and awareness.

From the outside, it would seem that no one hates Hollywood more than Hollywood itself. Hollywood insiders regularly denounce their industry as racist, sexist or problematic in some form or other. The Oscars, the film industry’s flagship event, is a bizarre mixture of extravagant glamour and pompous, right-on speeches. Last weekend, Joaquin Phoenix took to the podium to bemoan the ill-treatment of cows. From the red carpet, Jane Fonda tweeted, in all earnestness, that her jewellery was made of ‘ethically harvested gold and sustainable diamonds’. Stars are praised for wearing the same suit or ballgown twice because it shows their commitment to sustainability and their dislike of waste.

The incongruity of these elites promoting supposedly ‘left-wing’ causes is blatant. Ricky Gervais pointed out this obvious hypocrisy in his now infamous Golden Globes monologue last month. Take his quip about the Apple-produced TV series, The Morning Show, ‘a superb drama about the importance of dignity and doing the right thing, made by a company that runs sweatshops in China’.

The rich wear their virtues as a costume – their right-on views signal their moral worth. This assures their right to social status and to a platform. Perhaps the most bizarre manifestation of this at the most recent Oscars was Natalie Portman. She had the names of various female directors overlooked by the Oscars literally embroidered in gold into her ostentatiously expensive Dior cape. The Hollywood set are all conspicuously wealthy, but right-on views have become the most coveted status symbol.

There are limits to Hollywood’s progressive thinking, of course. These people are aware that capitalism produces a monied ruling class. They try to show empathy with the poor, and even step back on occasion to let others have the limelight. But that’s about it.

Joaquin Phoenix inadvertently admitted as much in his Oscar acceptance speech. Calling on the audience to go vegan, he said: ‘We fear the idea of personal change because we think we need to sacrifice something; to give something up.’ He is not scared of personal sacrifice if it means giving up cows’ milk. But I suspect he would rather not give up his Hollywood mansion.

Virtue-signalling, then, acts as both an apology and justification for inequality. The upper echelons of the creative classes make it abundantly clear that they are aware of their privilege. But so long as ‘privilege’ is a matter of skin colour or sex, something that cannot be changed (rather than wealth or class privilege, which can), they are very happy to parade how ‘problematic’ they are. Being openly critical of your own privilege is the best way to keep it.

This is how it is possible for Hollywood elites to enjoy and honour Parasite for the outstanding, socially critical film that it is. By showing empathy with the losers of capitalism, while demonstrating that they are making ‘personal changes’ in their own lives and showing awareness of their privilege, Hollywood luvvies feel reassured that the lifestyle they have become accustomed to will continue.