The legal crusades against Brexit were rendered gloriously irrelevant by the election. 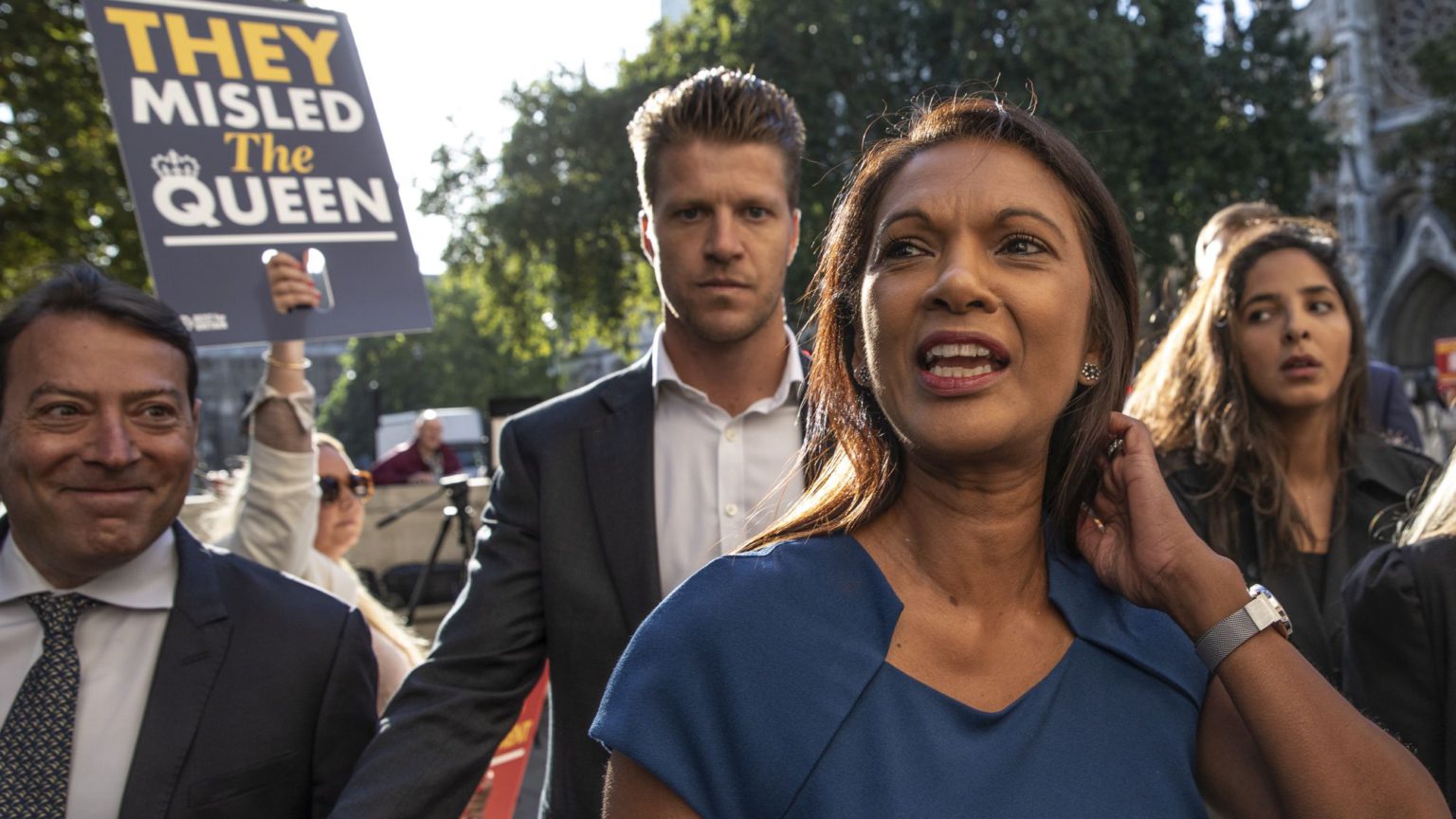 In 2019, we witnessed an epic battle between the law and politics. Pro-Remain campaigner Gina Miller, tax lawyer Jolyon Maugham and others became famous for launching cases that sought to slow down or halt the Brexit process. They succeeded for a while, but only until the voters made their voices heard in the December General Election.

In August, the queen ordered the prorogation of parliament to last between 9 September and 14 October. The five-week prorogation was the longest since 1979. Many saw it as an attempt to avoid the parliamentary plots to stop Brexit.

The decision led to the short-lived ‘Stop the Coup’ movement, in which Corbyinstas who wanted to overturn the democratic vote for Brexit complained that democracy was being silenced. Speaker John Bercow told crowds at the Edinburgh fringe festival that he would ‘fight with every breath’ in his body to prevent the prorogation (breath which he has more recently put to good use, shouting at Italians on a popular talk show).

It seemed for a time that lawyers and judges were driving the events of Brexit. Lady Hale, the president of the Supreme Court who delivered the ruling, was lauded as a ‘girly swot’. A t-shirt range with a spider-shaped logo was produced, mirroring the brooch warn by Hale when she delivered the judgment. Anti-Brexit litigant Gina Miller appeared on Question Time and was regularly across the media. Prior to all this, Jonathan Sumption, a former Supreme Court justice, warned that Johnson could find himself in contempt of court for his Brexit plans. When the Benn Act was passed by parliament, it obliged the prime minister to seek an extension to the Article 50 process. But Johnson had planned to send two letters to get around this – one asking for an extension and another saying the government did not really want to delay Brexit. There was even talk among Remainer lawyers that for doing this the prime minister could be jailed. (In the end, Johnson sent three letters and he remains at large.)

But if the recent General Election taught us anything, it is that democracy is the antidote to the power of unelected legal activists. The majority now afforded to the Conservative Party means there is no longer any need for Johnson to rely on the royal prerogative to ‘get Brexit done’. The uncertainty and gridlock of the last parliament are now over. Further legal challenges to the progress of Brexit are highly unlikely to get off the ground. Senior judges are likely to be even more nervous about intervening in the Brexit process now that it has an even clearer public mandate.

The whole language of the Brexit debate changed in the lead-up to the General Election. The campaigns – tawdry as they were – were at least relatively free of the influence of the courts (apart from an ill-advised attempt by Liberal Democrat leader Jo Swinson to sue her way on to the TV debates). The future was put back into the hands of the people and the people delivered a resounding verdict. The General Election rendered almost all of the high-minded legal debates of 2019 historically obsolete, at least in the context of Brexit.

The celebrity lawyers had their moment in the sun but the public has swept them aside. Our constitution depends on a healthy line being drawn between politics and law. We must affirm that boundary in the year to come.