The law is at war with democracy

The Scottish Court’s judgement on proroguing parliament puts power into the hands of unelected judges. 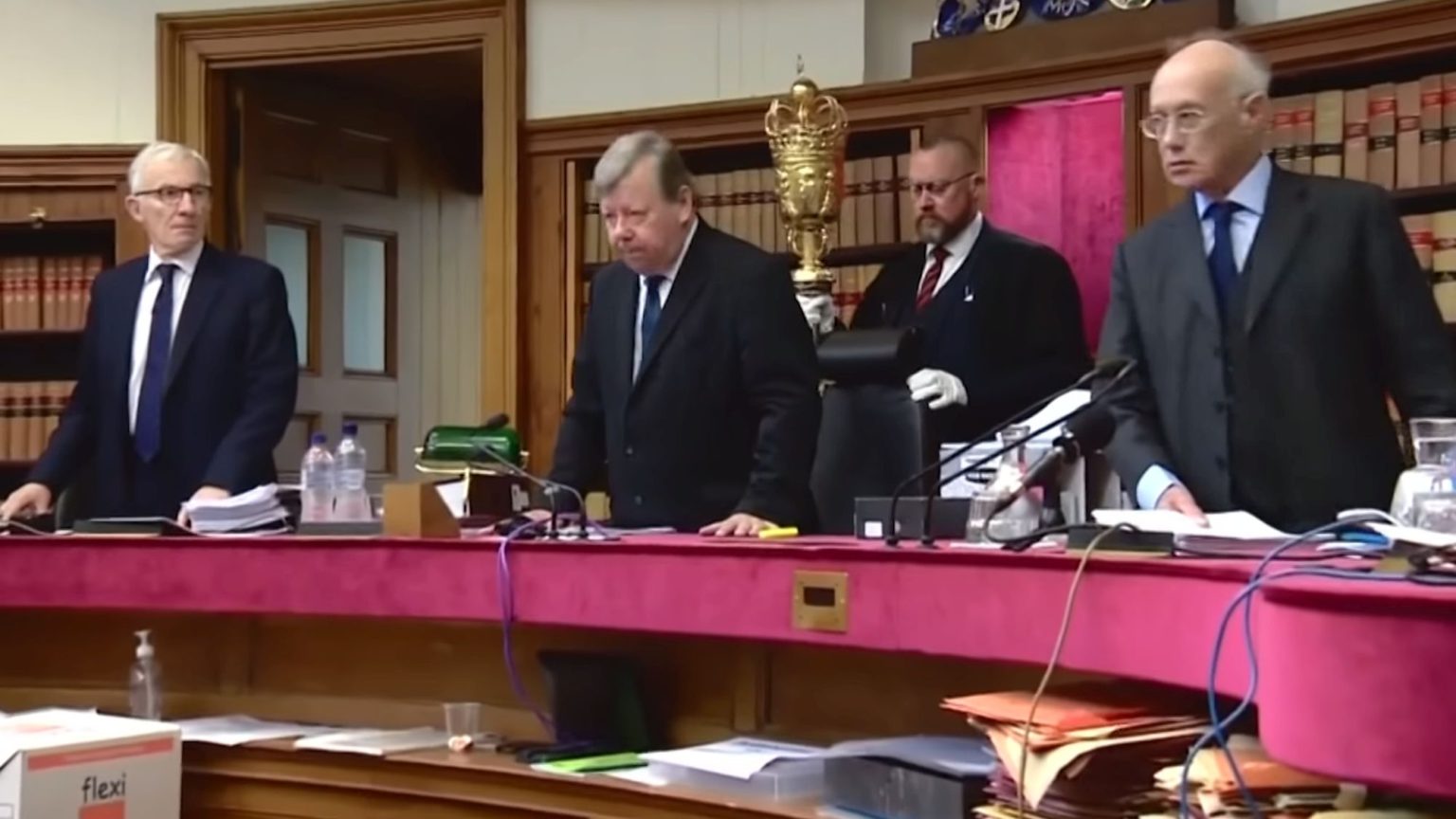 The courts in Scotland have ruled that Boris Johnson’s prorogation of parliament was ‘unlawful’. One of the three judges said that all government powers were judiciable – that is, capable of being assessed in court – prerogative or otherwise. The court made an order stating that Johnson gave unlawful advice to the queen and that therefore the decision to prorogue was ‘null and of no effect’.

Number 10 has rubbished the decision, claiming that the lawyers who brought the case brought it in Scotland ‘for a reason’. The High Court in London had already ruled that the prorogation was lawful just last week.

Labour’s Brexit spokesman Keir Starmer says the case represents a ‘victory for democracy’. In truth it is the complete opposite. Our country is now effectively being run by judges and lawyers. The decision of the Scottish Court represents a significant incursion by the judiciary into the authority of government, and accordingly over the power of the people.

The case will now be heard by the Supreme Court on Tuesday next week. The Supreme Court will have to consider whether the decision to prorogue was judiciable, and if so whether it was lawful. If the Supreme Court agrees that ‘all powers’ are open to judicial challenge, thereby adopting the reasoning of the Scottish Court, the effect on British politics could be catastrophic.

It could mean that any decision taken using prerogative powers could be subject to a legal challenge. Every decision to sign a foreign treaty, to declare war or even to appoint ministers would be open to review by the courts. The longstanding constitutional bar to challenging ‘political’ decisions through the courts would be diluted.

Prerogative powers are undoubtedly undemocratic. They are arcane powers held by the monarch and exercised through ministers. They ought to be abolished. But the decision to subject these powers to greater judicial intervention does nothing to make them more democratic. It merely places power not in the hands of the people or their representatives, but in the hands of the unelected and unaccountable judiciary.

Technocratic MPs may think this is a good thing. Robert Buckland, the secretary of state for justice, tweeted after the decision that he had absolute faith in the independence of the judiciary ‘in every case’. This blanket, unqualified reverence for judges imagines that they are completely immune to the pressures of politics. In fact, the very wording of the decision in the Scottish Courts is political. The judges claim that the prime minister acted with an ‘improper purpose’, based on the government’s desire to ‘avoid scrutiny’. This decision simply could not have been made without making a political judgment about the motivations of the government’s decision.

In one respect this is nothing new. The influence of judges over political life has been growing in recent decades. But if this decision stands, then the authority of government will be permanently subdued beneath the authority of the judiciary. The separation of powers will have been fundamentally altered.

We must hope that the Supreme Court restores the barrier between politics and the law. This is no victory for democracy. It is a victory for the judiciary over the people.