The rise and rise of judicial activism

The Supreme Court’s striking down of prorogation confirmed that judges have too much power. 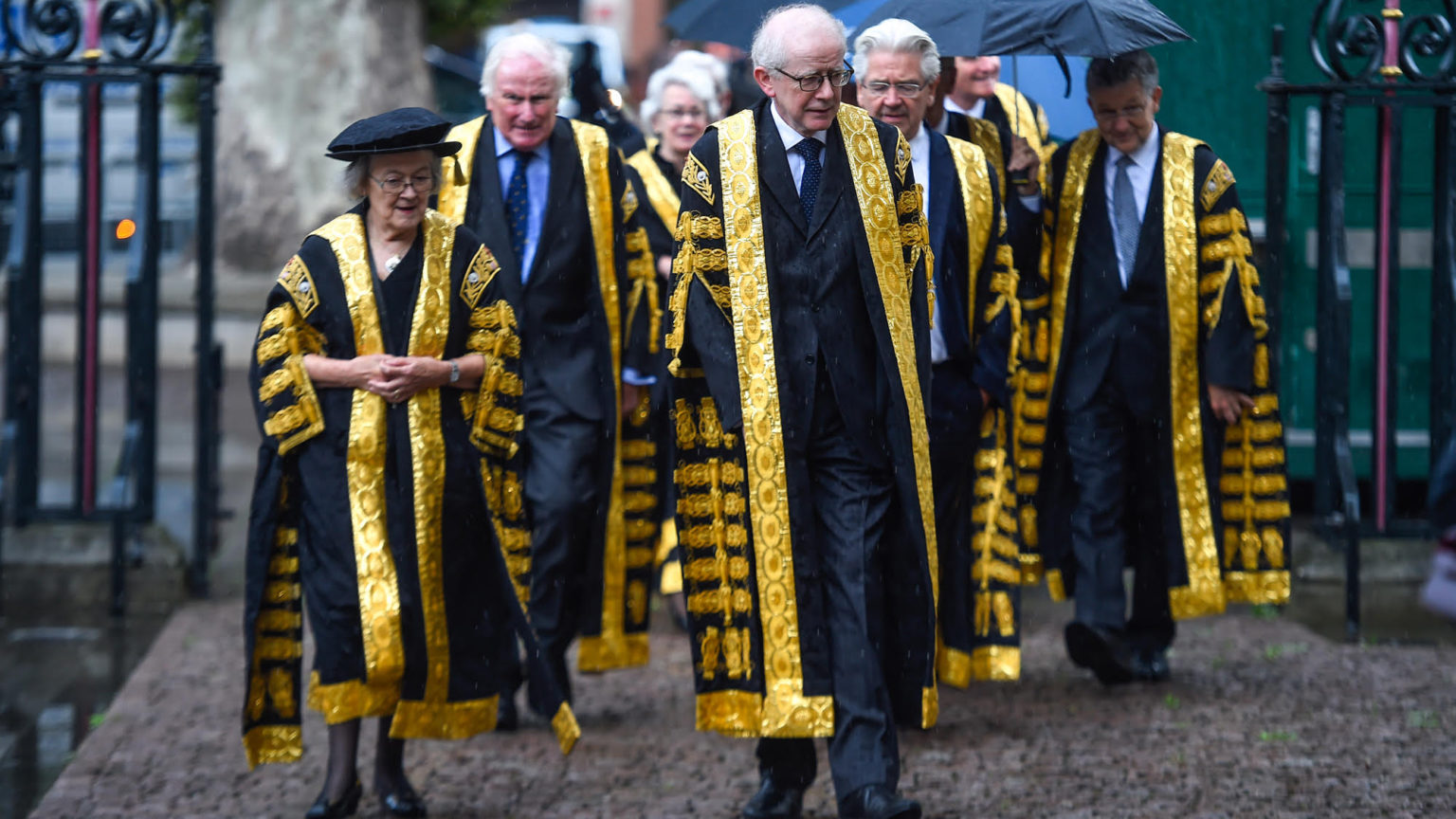 In the aftermath of the Supreme Court decision that Boris Johnson’s prorogation of parliament was unlawful, it was immediately deemed unacceptable to criticise either the decision itself or the judges who made it. Any questioning of the reasoning of the court was described as ‘undermining the rule of law’. There has been a bizarre veneration of the judges, too, particularly the president of the court, Lady Hale. Sales of brooches in the shape of insects and arachnids have soared as a result of Hale having worn a spider brooch when she delivered the court’s decision.

Thankfully, not everyone is following suit. Last week, Oxford professor John Finnis published an excoriating review of the Supreme Court decision. The judgment did not, in Finnis’s view, protect the sovereignty of parliament. Rather, it protected a practical opportunity for both houses of parliament to scrutinise the government. This practical opportunity had then been ‘re-described’ by the court as the ‘principle of parliamentary accountability’, which would normally be protected by long-standing conventional, rather than legal, protections. And by conventions that are ‘ultimately policed by the electorate’, said Finnis. In other words, the court disregarded longstanding democratic and political conventions and it essentially redefined parliamentary sovereignty.

Finnis’s paper is useful for understanding how the Supreme Court’s reasoning marks a significant constitutional shift. However, in order to understand why the court ruled in the way that it did, it is also important to consider how radically the judiciary changed during the 20th century. The Supreme Court’s decision was a long time coming. Kate Malleson’s book, The New Judiciary, published in 1995, charts the changes in the judiciary. Between 1880 and 1960, Malleson notes, judges effectively removed themselves from sensitive areas by rejecting any role in determining the legality of administrative actions. Consequently, judges enjoyed a high level of authority and status. By removing themselves from the sphere of politics, they became insulated from public scrutiny, meaning their prestige flourished.

In the 1970s and 80s this changed. The doctrine of judicial review – the mechanism through which a judge in a senior court can strike down as unlawful a decision taken by any public body – began to expand. The number of judges also increased. In 1970 there were 288; in 1998 there were almost 3,000. It is in the 1980s that the judiciary took on a greater role in public decisions.

In 1985, Lord Roskill said there had been a ‘radical change’ in the character of the judiciary, illustrated by an ‘upsurge of judicial activism’ (1). The power of the executive was becoming increasingly subject to judicial intervention, and this in turn began to influence how ministers and public bodies made decisions. In 1987, the civil service published the first edition of The Judge Over Your Shoulder, which advised ministers and civil servants on how to avoid judicial reviews.

The judiciary gradually became more assertive in its supervision of the activity of the executive. In 1985, Lord Roskill noted how prerogative powers ‘are not, I think, susceptible to judicial review because their nature and subject matter are such as not to be amenable to the judicial process’. But between 1994 and 2006, a line of authority emerged in which the courts decided that they could intervene in cases involving a range of prerogative powers. These included the prerogative of mercy and the refusal of passports. These cases were relied upon by Gina Miller’s lawyers to illustrate judicial willingness to monitor the conduct of the executive.

This assertiveness was partly encouraged by parliament. In the 1980s, the Conservative government, led by Margaret Thatcher, was embroiled in conflict with the judiciary over criminal sentencing. This was viewed by many as a reckoning between the authority of government and the role of the judiciary. Following its electoral defeat in 1992, the Labour Party began focusing on constitutional reform as a way of tipping the political balance in favour of the judges.

Labour’s 1997 manifesto promised to ‘modernise’ the institutions of government. This would include the transfer of aspects of the House of Lords – then the most senior court in the country – to a new Supreme Court based in a building opposite Westminster. New Labour also introduced the European Convention on Human Rights into English law through the Human Rights Act of 1998. This, too, represented a major transfer of power from parliament to the judiciary. Labour ministers justified these changes as a way of blocking an ‘elective dictatorship’, a phrase used in the late 1970s by Conservative peer Lord Hailsham to describe the excess of power vested in the executive by the UK’s unwritten constitution.

Since its creation, the Supreme Court has proven itself willing to assert its power. In doing so, it has implicitly questioned and challenged the authority of the executive. In 2017, the court quashed the introduction of fees in the Employment Tribunal, which was widely reported as a ‘victory for employment rights’. The Lord Chancellor, a government minister, had introduced an order which significantly increased the fee for bringing a case in the tribunal. The court found that the Lord Chancellor could not ‘impose whatever fees he chooses’ and said there was a ‘real risk that persons will effectively be prevented access to justice’. This judgement was emblematic of the shift in political and judicial authority.

This judgment and others are political. Not because they support a particular political party. As JAG Griffith noted in his 1977 book, The Politics of the Judiciary, judicial decisions are ‘political’ in the broader sense that they make decisions about which public policy outcomes should be prioritised. In the Employment Tribunal decision, ‘access to justice’ took precedence over the democratic authority of the Lord Chancellor to reduce the number of claims that the tribunal heard. Had the same case arisen in the 1920s, say, it is likely that the authority of the minister to make inherently political judgements would have won out.

The Supreme Court judgment in the prorogation case is a culmination of a historical trend in which the judiciary has taken a greater role in politics. This judicial activism has significant implications for the place of our elected representatives in our unwritten constitution. An increasingly interventionist judiciary represents a new layer of unaccountable power in British politics at the expense of the authority of us, the voters. That is bad for democracy. Recognising and critiquing this development is not to undermine the rule of law – on the contrary, it is an essential first step in recovering democratic ideals and returning law to its normal territory.