Hongkongers have rejected the idea that prosperity and stability are more important than freedom. 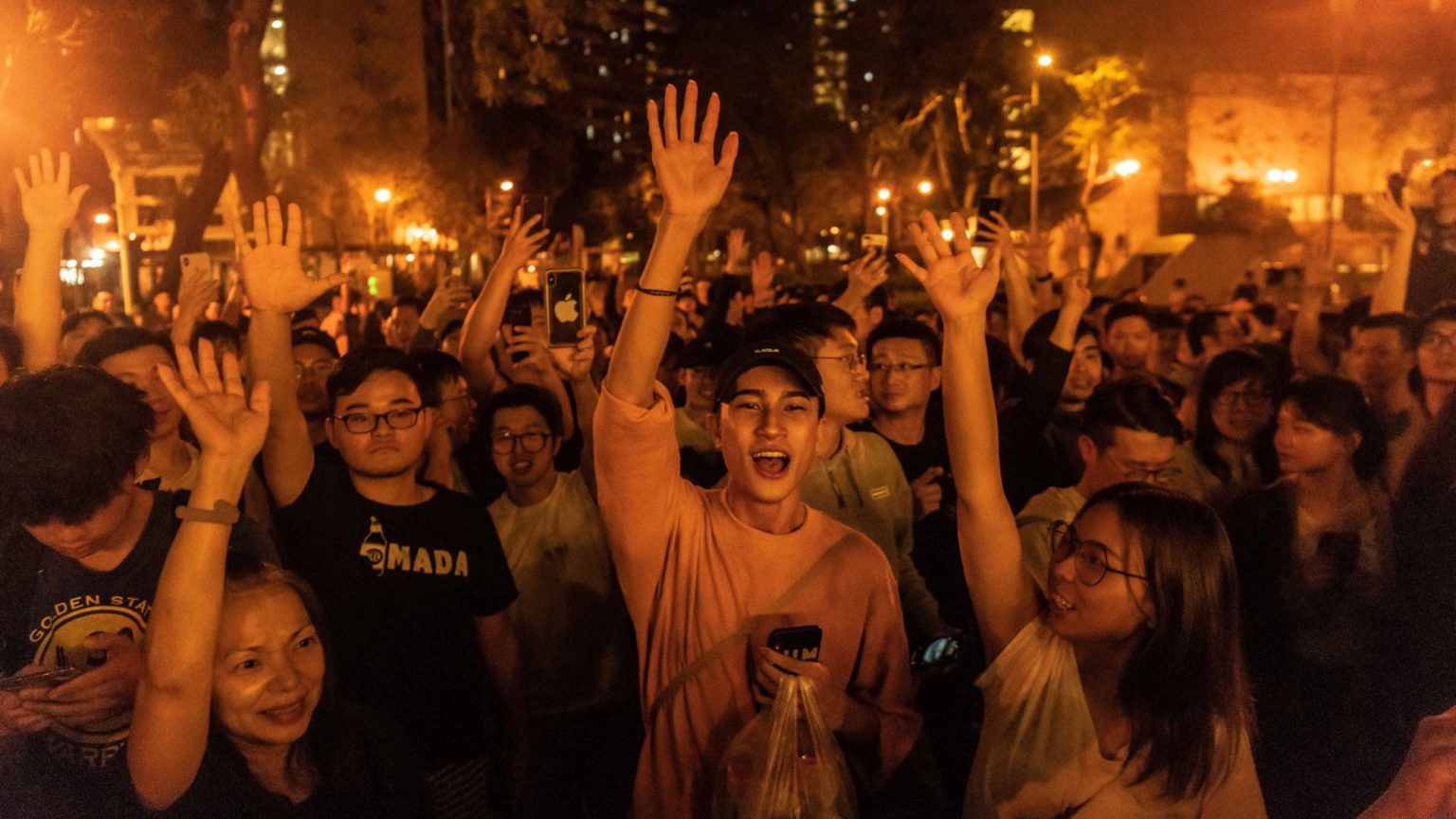 The elections in Hong Kong at the end of November swept out the establishment majority from district councils, with the opposition pro-democracy movement making unprecedented gains. But soon after the result, it became clear just how much of a battle lies ahead.

A week after the election, protesters gathered for a legally licensed protest. Just an hour after it started, the police revoked the protesters’ permission and started firing tear gas to disperse the crowds. Later that night, there were more clashes: protesters smashed up shops owned by pro-Beijing figures and more tear gas and rubber bullets were fired.

In the election, the pro-Beijing camp lost votes across the whole of Hong Kong, except in some rural areas where there are strong vested interests, and on the southside of Hong Kong island, which is home to Hong Kong’s wealthiest citizens. But in some ways it feels like little has changed.

Hongkongers’ yearning for democracy is still being met with brute force. Authorities are refusing to bow to any of the movement’s demands for more democracy and police accountability, and the police themselves are claiming that any inquiry into their behaviour would inevitably be ‘unjust’.

Meanwhile, the effect of the election of more pro-democracy councillors remains to be seen. They will gain seats on the 1,200-member panel that will select candidates for the next chief-executive election, the position currently held by Carrie Lam.

One of the movement’s five demands is universal suffrage for the election of the chief executive. Beijing has already promised to ‘improve’ the process of voting for Hong Kong’s leader. But it is safe to assume that ‘improvement’ here is unlikely to mean a more democratic system.

Nevertheless, the scale of the democrats’ victory has clearly stunned Beijing. According to some reports, officials were so confident of the elections in Hong Kong going their way that state media wrote victory stories in advance.

The shock result has also led to crisis control being taken out of the hands of the government Liaison Office in Hong Kong, and put into the hands of a new body in a private villa just across the border in Shenzhen.

Lam has promised a review of the underlying social conditions that she says led to the unrest. Strangely, this will be based on the review of the 2011 Tottenham riots, as though those six days of looting are in any way comparable with the six months of protest here.

This is typical of the way the Hong Kong authorities airbrush the protesters’ democratic demands out of the picture. The protests are either depicted as mere lawlessness or as a reaction to rising social inequality. But the one thing the recent election results showed very clearly is that the protests are not fuelled by economic factors.

The party arguably most humiliated in the election was the Democratic Association for the Betterment and Progress of Hong Kong (DAB), a pro-Beijing party, which lost 96 of its 119 seats. The DAB was the dominant party at district-council level and remains a major player in the Legislative Council’s pro-Beijing camp. It is the embodiment of the idea that Hongkongers are only interested in stability and prosperity. It is essentially a proxy for the Chinese Communist Party, and focuses on bread-and-butter issues in an attempt to make the pro-democracy camp seem aloof and lost in lofty ideals. But that strategy no longer seems to be working.

The party was founded in 1992 by prominent CCP supporter Jasper Tsang, who later became president of the Legislative Council. I have often wondered why, before the handover of Hong Kong to China in 1997, the British allowed the DAB to operate, even though they had banned the CCP. But it seems clear now that back then London and Beijing had pretty similar intentions for Hong Kong – that is, the continuation of an implied social contract that said there would be continued economic growth for as long as demands for democracy were put on the backburner.

No doubt, both sides looked to the experiences of Singapore and Malaysia, where at that time there was little opposition to leaders Lee Kuan Yue or Mahathir Mohamad while those countries’ economies grew. At that time, Hong Kong was enjoying strong economic growth. Beijing insisted that Hong Kong’s prosperity and stability would continue and the British urged Hongkongers to believe this.

Now, in voting out the DAB, the electorate have not only trashed a political party — they have also made it impossible to argue with any credibility that Hongkongers are only concerned with stability and prosperity. The people have just cancelled the old social contract.