The Brexit Party has betrayed us

Leave voters have been disenfranchised in this election. 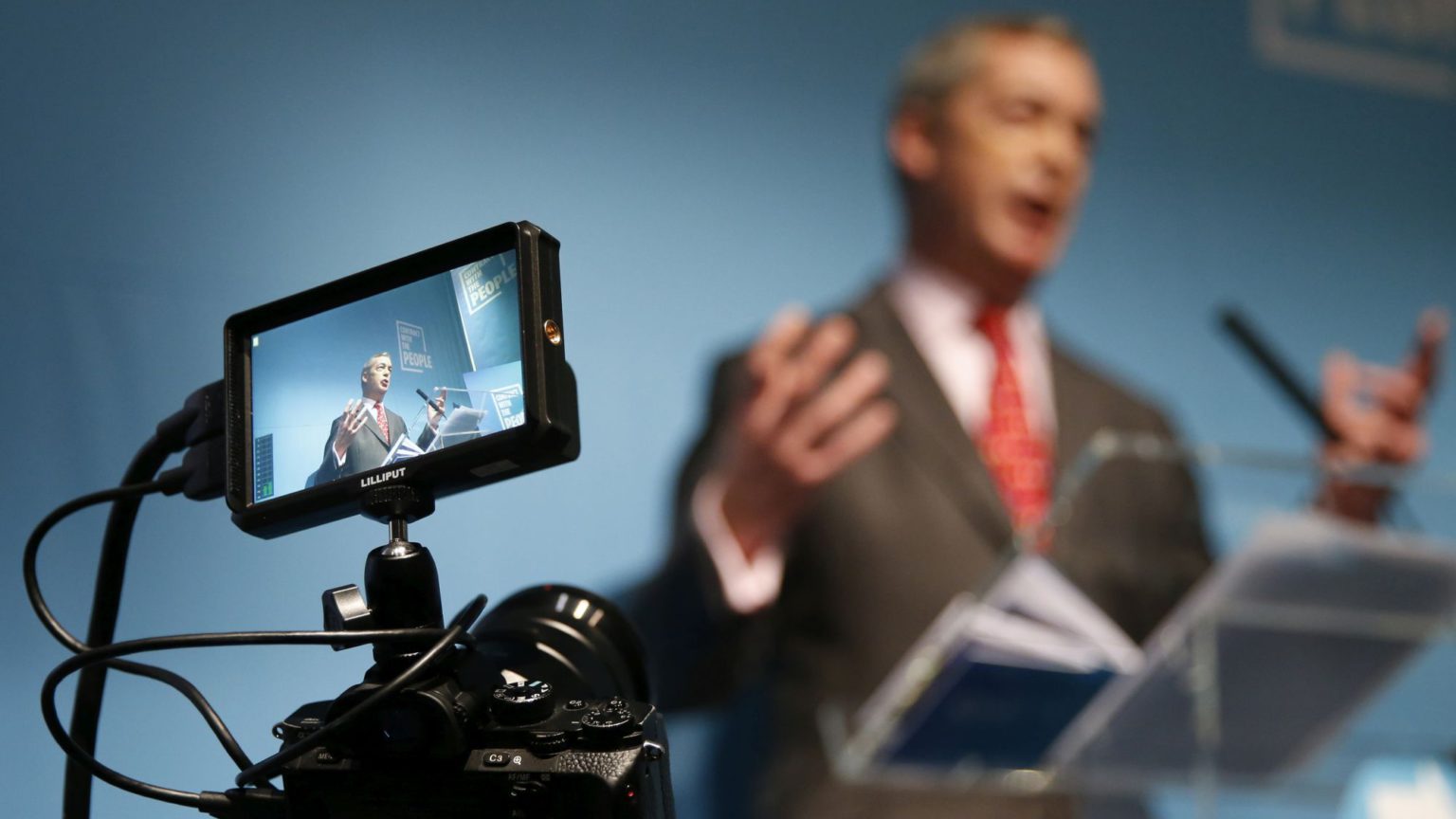 After the EU referendum, it became clear that democracy itself was at stake. For universal suffrage to have any real meaning, the will of the majority must be enacted. Brexit has forced us to ask where power lies – and who rules. The genie that carries those questions is well and truly out of the bottle, despite the many attempts by the establishment to put it back in.

Earlier this year, I decided to become an active, paid-up member of the Brexit Party. The need for a vehicle to defend democracy in the absence of any other organised form became more urgent as the anti-democratic activities of the establishment increased. I even applied to become a parliamentary candidate (and was successful but had to decline the opportunity for private family reasons). My activities continued – writing, speaking, canvassing and manning street stalls in various constituencies. I was one among many thousands. We were part of a democratic surge. Halls up and down the nation were packed.

The surge continued to grow. Undoubtedly, the establishment was rattled. First by the Brexit vote itself, but later by what followed in the EU elections. The old mainstream parties were electorally obliterated by a party hardly out of its infancy and with no other policy beyond the demand to uphold the referendum result.

For the first time in generations, the demos had been stamping its authority on society. There seemed to be a party that would defend democracy and shake up the status quo. Many were excited at the prospect of ridding our parliament of the anti-democrats and replacing them with representatives who would not only enact the decision to leave the EU, but also instigate major democratic reform.

This was more than just blind hope. The Brexit Party continually told us ‘we are ready’ and that it was willing to change politics for good by breaking the Labour-Conservative duopoly. The party’s literature also made clear that Labour and the Conservatives were Remain parties – Labour openly so with its second referendum policy and the Conservatives with Boris Johnson’s Brexit-in-name-only deal.

But then, during the General Election, everything was turned upside down and promises were betrayed. The Brexit Party stood down and refused to contest 317 Conservative-held seats. Most of us have got used to betrayal from mainstream parties, but this time we thought it would be different. This was too important. This was not about honouring manifesto commitments – they have been a joke for generations. This was about democracy itself.

The only way to defend democracy within our parliamentary system is to clear out the Remainers in parliament. And let’s be clear: all those who will not enact the referendum result in full are Remainers. You are either in the EU or out of it. There is no hokey-cokey option that could satisfy the demand to leave. All of the Westminster parties are Remain parties of one degree or another. Those of us who got involved with the Brexit Party did not do so to promote other parties that are a bit ‘Brexity’ or a bit ‘democratic’. We didn’t sign up so that we could just accept the lesser evil.

Democracy and universal suffrage cannot be defended by effectively disenfranchising millions of democrats in 317 constituencies. Now those constituencies have more or less been handed to candidates who have signed up to Johnson’s anti-democratic treaty.

This was a unilateral decision by the leadership of the Brexit Party. No supporters were consulted. The people who energise the party, who do all the street work, including candidates, were ignored and betrayed. The Brexit Party decided that all potential democrats in Tory constituencies were to be disregarded and not counted – they were treated as a stage army in the Tory machine. People have been disempowered, just as we were beginning to show our power.

The Brexit Party’s move is not a tactical retreat. It is appeasement and betrayal. It more or less guarantees – as current polling suggests – a majority for the Conservatives, a Remainer party.

Some claim that the goal of this election has shifted and that it is more important to prevent a victory for the Remainer alliance. The Brexit Party’s strategy has been to chase red blood in the Labour heartlands, where Jeremy Corbyn’s Remain party is most vulnerable. But at what point will the Brexit Party take on the other Remainers – the Conservatives? At some mysterious, yet-to-be-determined point in the future? If the Tories win a majority – potentially gifted to them by the Brexit Party’s withdrawal – then their feet will not be held to the fire. They will easily pass their BRINO deal. The Brexit Party is effectively telling democrats that the Conservatives are a safe haven for Leavers.

Just as mysterious is the decision to stand against Labour Leavers like Dennis Skinner. It is claimed that lifelong Labour voters will never vote for the Tories. And while that would be tough for many to countenance, it is no more unlikely than them voting for the Brexit Party following this betrayal. Nigel Farage’s party is stacked full of light-blue Tories. People might have been more willing to take that leap had democracy remained central to the Brexit Party’s offer. The ‘red rosette on a donkey’ phenomenon is at an end, but these ex-Labour voters could swing in many directions.

One inescapable question is why the Brexit Party has retreated at the most opportune moment to shake up politics by doing serious damage to both parties. If it was for a lack of resources or candidates, then Farage should not have repeatedly told supporters ‘We are ready’.

But I suspect the reasoning may be worse. Some in the Brexit Party seem to have a genuine fear of a Corbyn government – and not just because he is leading a Remain party. Farage is a loyal Eurosceptic but also a free marketeer. For many like-minded people, the more pressing desire is to defeat Corbyn. Most of us didn’t support Brexit for such narrow party-political reasons. Democracy must come first.

Whatever happens in the election, the lesson we must learn is clear: any new vehicle for change must come from the bottom up; it must be in our control and accountable at all levels. While a broad church has its advantages, it cannot come at the expense of clarity of purpose, particularly on the democratic question. The genie is still out of the bottle. Even after the Brexit Party’s betrayal, the struggle for democracy continues.

Steve Roberts is a writer and former miner, based in West Yorkshire.