Even the ‘local’ elections were all about Brexit

Some thoughts on the best municipal polls in memory. 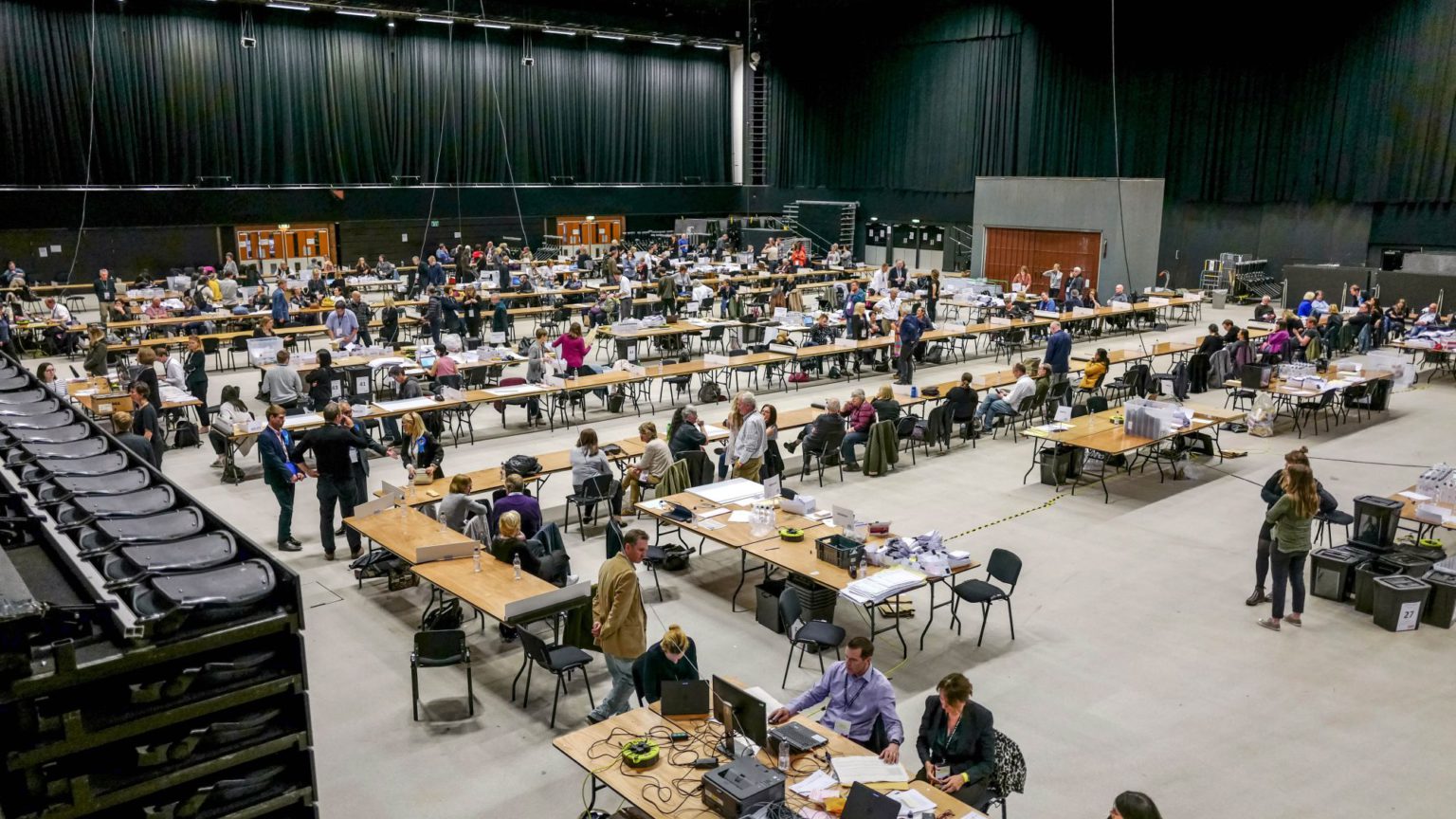 The council elections in much of England last week were the most interesting local contests in living memory. That may not seem much of a claim, given the inherent dullness of most municipal elections. But these were no normal parish pump polls.

Before Thursday, top Tories tried to talk down the importance of their looming disaster by insisting that these were only local elections, not a national referendum. In other words, they were about the bins, not Brexit. This rubbish imitation of Edward from League of Gentlemen – ‘These are local elections, for local people – we’ll have no trouble here!’ – fooled few.

The local elections became the outlet for a national outpouring of anger, frustration and ‘fuck the lot of them!’ over the Brexit debacle in Westminster. The humiliation of Theresa May’s two-faced Brexit-betraying Conservatives and the failure of Jeremy Corbyn’s dishonest Remainer Labour Party both confirm Brexit’s status as the defining issue in British political life.

It does not much matter today what your policies are on the bins, or anything bigger. Brexit and the crisis of British democracy is now what every election is about. The dustbin of history awaits any who doubt it.

The near-death of two zombie-party politics

Less than two years ago, we were assured UK politics had gone ‘back to normal’. The fact that the Tories and Labour together won 82 per cent of the total votes cast in the 2017 General Election was supposed to signal the return of two-party politics. Last week, however, voters gave two stiff fingers to that notion.

In different ways, both major parties did execrably badly. May’s Tories lost a remarkable 1,330 seats compared to David Cameron’s high tide in 2015 – far worse than their most dire expectations. If the old political patterns still held, that would have meant big gains for Corbyn’s opposition Labour Party. Yet Labour managed to do even worse than its poor performance under Ed Miliband four years ago, losing 84 council seats overall last week.

Worse still, as top psephologist Professor John Curtice observed, both the Tories and Labour lost most seats in their traditional heartlands. The Conservatives did badly in the south, losing control of councils from Chelmsford in Essex to Bath and North-East Somerset. The Labour Party, meanwhile, took a hiding further north, losing control of councils that had been Labour as long as anybody could recall, such as Bolsover in Derbyshire and Hartlepool in County Durham.

For years, Labour and the Tories have staggered on as zombie political parties, occupying their old bodily shells but with no heart or soul. Last week’s elections suggest the zombies might be staggering towards final decapitation.

That doesn’t mean, however, that the other mainstream parties which did rather well in last week’s local elections are set to ‘challenge’ the Tories and Labour. Yes, the Liberal Democrats picked up an impressive gain of 704 council seats, more than doubling their total. The Green Party did even better proportionately, starting Thursday night with only 71 council seats and ending it with 265.

But ignore all the overexcited talk of these parties making a ‘breakthrough’ in national politics. If that were true, established parties such as the Lib Dems and Greens would not have been almost invisible in political life prior to last week’s elections.

The truth is they made their gains as part of the general anybody-but-Tory/Labour outburst in this Brexit election. Tellingly, the non-mainstream candidates lumped together as ‘Others’ gained 661 seats, more than doubling their total; independents – not to be confused with the Independent Group of Remainer MPs – took control of councils for the first time in decades. Candidates from ‘fringe’ groups such as the Yorkshire Party or For Britain won their first council seats.

And perhaps most tellingly of all in terms of disaffected voters, the number of spoiled ballot papers reached unheard-of levels – in some places reportedly outnumbering the votes cast for the ‘winning’ candidate.

Remainer backlash? Leave it out

The Grasping-At-Straws party declared the local elections a victory for the Remain movement. Indeed, some supposedly intelligent commentators even started talking about the boost in votes for the likes of the Lib Dems and Greens as ultimate proof of a ‘Remainer consensus’ in the country.

Leave it out. The increased vote for the Lib Dems, the most creepingly Remainer party in national politics, may indeed confirm that there is still a sizeable minority for staying in the EU, even if it means voting for a relic like Vince Cable. But the more powerful force revealed by these elections, even if underground, was the majority Leave movement.

Angry support for Leave was evident in the high number of spoilt ballot papers with ‘Brexit’ or ‘traitors’ scrawled across them, in the votes for the discredited rump of UKIP, and for any candidate that hinted at being pro-Brexit. Perhaps most of all, it was evident in the bitter rejection in Leave areas of the real Remainer Party, Corbyn’s Labour.

The ghost at the feast – or perhaps at the funeral – is Nigel Farage’s Brexit Party. The Brexit Party, which was only launched a few weeks ago and did not even stand in the local elections, nevertheless emerged the real winner. All the signs from Thursday are that the European elections on 23 May will put the Brexit cat among the Remainer pigeons, with its claws out. As even top Tories have conceded, if they think last Thursday was bad, they ain’t seen nothing yet. Labour Leavers should surely wake up to the same reality and vote Brexit.

Democracy on the line

Last but by no means least, the local election results confirmed that the central issue of our age is not just Brexit, but the future of British democracy. spiked has argued all along that, if 17.4million votes to leave – the biggest popular mandate in British history – can be overturned by a few MPs and Lords, then by what standard are we a democratic society?

Last week also demonstrated that democracy is the one overriding issue that Leavers and Remainers can unite around today. It is clear from the results that neither Leave nor Remain constituents trust mainstream politicians to deliver what they want. Could we, as the old left used to say, unite and fight for democracy?

May and Corbyn’s attempt to stitch up some deal before the EU elections is classic Westminster court politics. It shows they are desperate to get any deal done behind closed doors to keep it out of the spotlight. Let’s insist that these elections are happening on 23 May, that contrary to rumours they do matter, and that every vote counts.