We are all Ayatollahs now

Issuing fatwas against offensive speech is all the rage in our PC era. 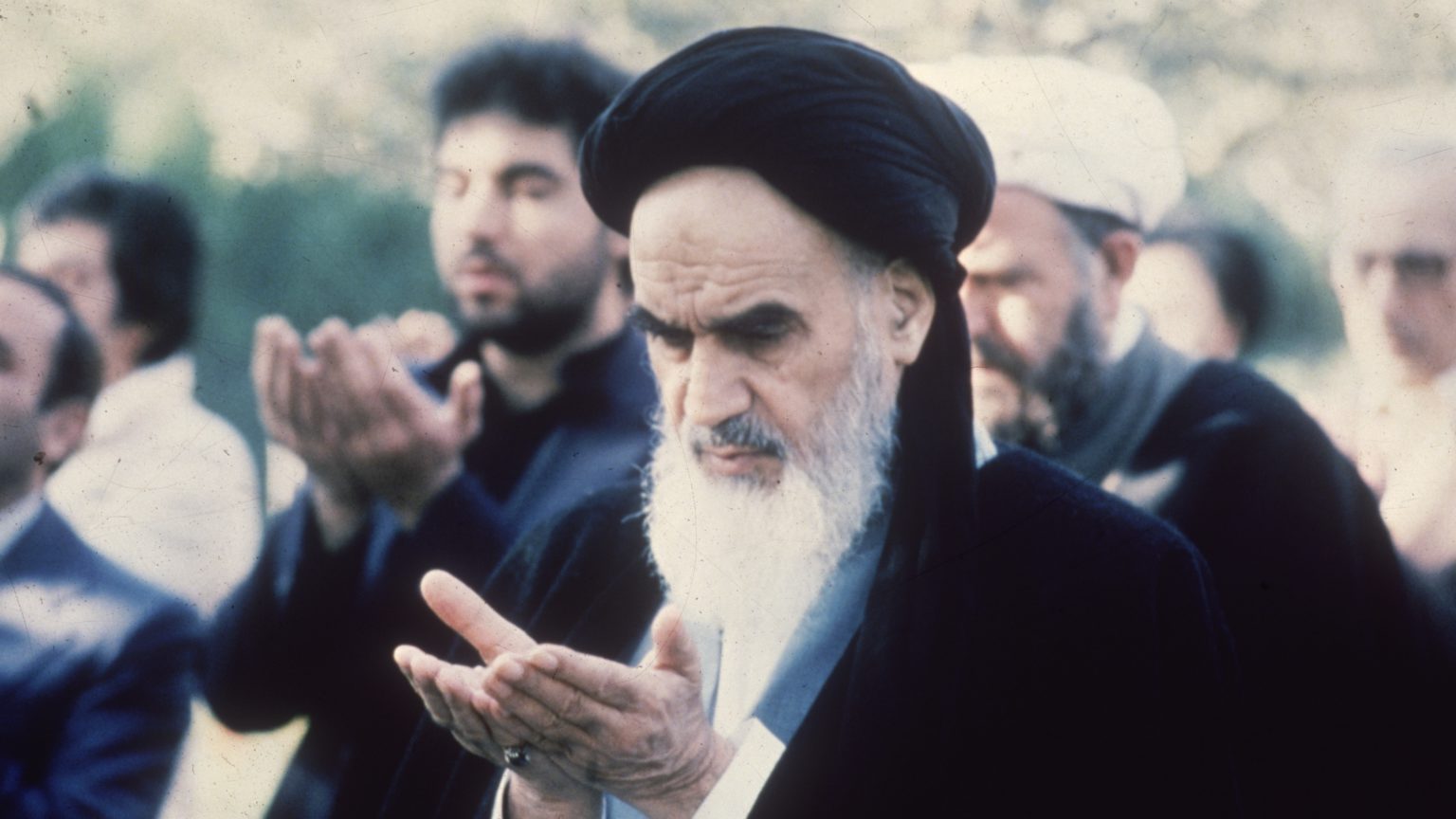 We have just passed the 30th anniversary of the publication of Salman Rushdie’s The Satanic Verses. It would go on to become one of the most famous novels of the 20th century thanks in large part to what happened six months following its publication: Ayatollah Khomeini issued a fatwa against Rushdie and anyone involved in publishing his work. Rushdie and his ‘editors and publishers’ are ‘condemned to death’, said Khomeini on 14 February 1989.

What is extraordinary 30 years after this allegedly blasphemous book first appeared, and close to 30 years after Khomeini issued his medieval decree, is that Khomeini has won. He is the moral victor in this despicable affair. His backward outlook carries more weight these days than the decent liberalism of secular intellectuals and literary figures like Rushdie.

No, the Ayatollah’s foul call for the murder of Rushdie was not successful, and we must all remain grateful for that. But his belief that certain words and thoughts are unacceptable, unutterable, unbearable, and that anyone who holds them must be punished, is now the dominant outlook of our times. And not only in the Islamic Republic of Iran but here in Britain too, and across much of the West.

Fatwas against offensive speech are now issued daily, by the Western Twitterati as much as by Eastern religious tyrants. Intolerance of so-called blasphemy against Islam and Muhammad is now as pronounced in trendy Western circles as it is in Islamic imam circles. The stunningly arrogant belief that anyone who offends one’s faith or ideology or identity deserves to be severely reprimanded – the belief that motored the Ayatollah’s death sentence on Rushdie – is now the central belief of virtually every new political movement in Western academic and public life.

This is the true horror of the Rushdie affair: the Rushdie side won the battle – as demonstrated in the fact that Rushdie survives and his book is still widely available – but the Khomeini side won the war. The sentiment of the fatwa defeated the principled liberalism of the fatwa’s opponents. We are all Ayatollahs now.

It is striking how casually, and perhaps thoughtlessly, Western thinkers and activists now mimic Ayatollah Khomeini. He raged against Rushdie because, in his view, he had insulted ‘Islam, the Prophet of Islam, and the Koran’. Now, the West’s own cultural elite rages against criticism of Islam. Through the nonsense idea of Islamophobia, they demonise and even seek to destroy – in the career sense, not the life-and-death sense – anybody who insults Islam or its ideas and practices.

Witness the fury that descended upon Boris Johnson after he merely mocked Islamic dress. Or the outrage that greeted then UKIP leader Paul Nuttall’s description of the slaughter at Manchester Arena last year as an act of ‘Islamist’ violence. Or the way in which students will seek to No Platform secularists who, in their view, are too critical of Islam.

No, these people are not sentenced to death, but they are threatened with social death. To question or ridicule Islam today is to risk exclusion from the realm of acceptable thought.

Indeed, a remarkable thing happened just a few years after the Ayatollah’s fatwa: Britain, the very home of Rushdie, institutionalised Ayatollah-style intolerance of criticism of Islam. In 1997, the Runnymede Trust defined ‘Islamophobia’ as any criticism of Islam that treats it as ‘inferior to the West’ or as ‘unresponsive to change’. Also, if you ‘reject out of hand’ the ‘criticisms of the West made by Islam’, then you are Islamophobic.

It is important to bear in mind that this definition of Islamophobia has been embraced by the actual Metropolitan Police. The Met has a long and detailed definition of Islamophobia that includes any view of Islam as ‘static’, ‘separate’, ‘other’, ‘irrational’, ‘sexist’ or ‘aggressive’, or as a ‘political ideology’. According to the police – the police – anyone who holds these entirely legitimate, secularist, critical views of Islam is guilty of an act of hatred, of phobia, of blasphemy in essence.

One wonders what our increasingly PC, speech-punishing, anti-‘hatred’ police would do if the Rushdie affair happened today. Arrest rather than protect Rushdie? Charge Rushdie with a hate crime? Have a word with him about how his novel broke numerous parts of their code against Islamophobic thought and suggest he tone down these beliefs in his next work?

We live in an era of secular Ayatollahism. And it is now so entrenched that there doesn’t even have to be a fatwa for someone to withdraw or destroy cultural material that might be judged to be ‘Islamophobic’.

In 2008, Random House decided against publishing Sherry Jones’ novel The Jewel of Medina, which tells the story of Muhammad’s relationship with his 14-year-old wife Aisha, after one academic reader said it ‘might be offensive to some in the Muslim community’. Both the Barbican and Royal Court Theatre in London have in recent years self-censored plays that were critical of Islam: they effectively issued fatwas against themselves. A UK students’ union refused to permit the sale of Charlie Hebdo lest it make Muslims feel ‘unsafe’.

In May 2015, mere months after the Islamist – yes, Islamist – slaughter at the offices of Charlie Hebdo, 242 literary figures wrote to PEN America to protest against its plan to give a courage award to the French mag. We should not be ‘rewarding such expression’, they said. Charlie Hebdo’s ‘cartoons of the Prophet’ only cause ‘humiliation and suffering’ to Muslims, they continued. This is pure Ayatollahism; it is the denunciation of a magazine for the same reason Rushdie was denounced by Khomeini – because it dared to insult Islam. Thirty years since the publication of The Satanic Verses, these so-called intellectuals, these supposed cultural guardians, do the Ayatollah’s dirty work. They maintain his legacy. They issue the fatwas.

In a sense, we shouldn’t be surprised. Even back in 1988 and 1989, Western intellectuals failed to stand shoulder-to-shoulder with Rushdie, and with freedom of expression, against the Ayatollah. No less a figure than former American President Jimmy Carter condemned Rushdie for making ‘a direct insult to… millions of Muslims’. John le Carré said writers should not be free to be ‘impertinent to great religions with impunity’. It is clear that the censorious PC belief that certain ways of life should never be criticised was already in the ascendant back when The Satanic Verses was published; now it has won out.

Ayatollahism is everywhere. Witness the rage, sometimes physical, against feminists who criticise the transgender ideology. Or the arrest of people for making offensive jokes. Or the fashion for No Platforming anyone who holds non-mainstream views. Or the branding as ‘phobic’ anyone who criticises mass immigration, or same-sex marriage, or, of course, Islam. No one is sentenced to death. But all of these attempts to ostracise the holders of certain views share in common with the Ayatollah’s fatwa a pathetic intolerance of different thought.

Thirty years after Rushdie’s novel was published, the battle isn’t over. It has hardly begun. The struggle for the right of people to think what they like and say what they please, and to mock all gods, prophets, ideas and fads, remains as pressing today as it has ever been.