Why the left misremembers the riots

The London riots were a product of victimhood and entitlement, not Tory austerity. 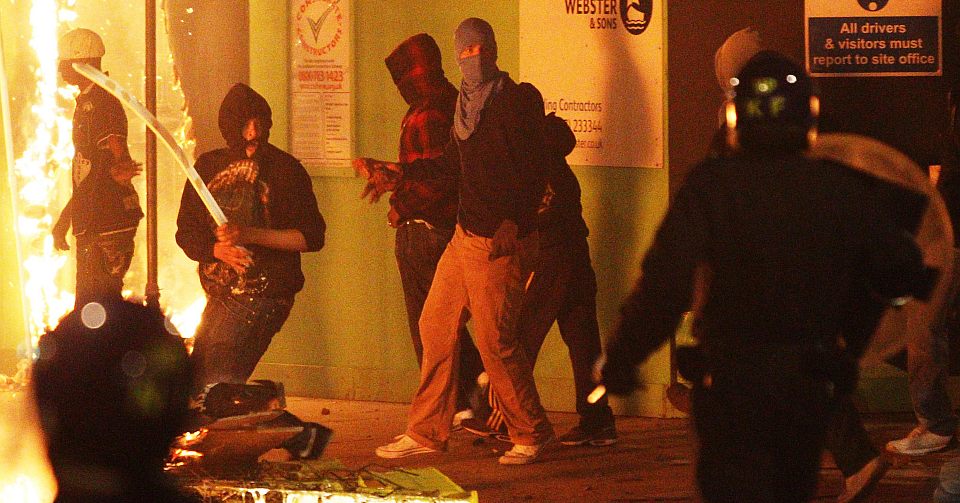 On the fifth anniversary of the London riots, commentators continue to rehearse the same wrongheaded explanations. Austerity-fuelled cut backs, unemployment, inequality and racism are still wheeled out to explain why young people burned down their local shops and businesses. Far from being seen as destructive acts of criminality, which claimed the lives of five people, the riots are almost viewed benignly by some, as if they were little more than a cranked-up street protest.

Indeed, the rioters themselves tend to be pitied rather than condemned. Contrast their treatment to that meted out to the marginalised poor who voted for Brexit. The latter have been likened to insects, vomit and excrement, and dismissed as racists and bigots. The youthful urban rioters, however, are spoken about as if they were noble civil-rights campaigners.

The disturbances in August 2011 were prompted by the Metropolitan Police shooting dead 29-year-old Tottenham man Mark Duggan, and then subsequently stonewalling his grieving family. A peaceful protest outside a police station in Tottenham gradually turned violent, providing an opportunity for criminal groups to raid and loot nearby shops. Over the next two nights, across many parts of Greater London, large groups of young people set fire to flats, looted shops and attacked passersby. Even at the time, it was difficult to see how a shoplifting spree in JD Sports and Footlocker, or an attack on a block of flats above a furniture shop, had any connection to the killing of Duggan.

It was also difficult to see how public-sector cutbacks or inequality could have prompted youngsters to turn on their own communities. Yes, there have been several advocacy-research pieces published since the riots, in which youth workers have made young people parrot the usual opposition to ‘Tory cuts’ (alongside other familiar lefty tropes). But this research didn’t shed light; it merely confirmed liberal prejudices.

So, five years on, how can we make sense of the riots? First, look at the demographic make-up of those who were looting and rioting. They were all, in the main, based in London (although there were lesser disturbances elsewhere) and aged between 15 and 21. This means that they were all at school during New Labour’s time in office. This is significant because school is a major socialising agent, a bridge between home life and wider society – an instrument to transmit behavioural norms and values to the next generation.

Today, schools, alongside other state agencies – particularly ballooning welfare services – socialise young people into therapeutic norms, corrupting and infantilising them. Through school, young people are encouraged to see themselves as innately vulnerable, disadvantaged and damaged. A whole host of medical reasons are now wheeled out to explain why students fail exams or misbehave in class. So, through schooling, young people acquire a powerful sense of their own victimhood.

This sense of victimhood has long been coupled with a sense of entitlement. Before it was scrapped by the Tories in 2011, students whose parents were on low incomes were bribed into studying A-levels through a state handout known as the education maintenance allowance (EMA). Young people have come to expect state support. This combination of entitlement and victimhood warps young people’s view of themselves and society. Rather than being encouraged to take responsibility for their actions, young people learn to blame external forces for their failings, and treat any criticism as a violation of their self-esteem.

It is widely recognised that today’s generation of so-called snowflakes – with their Safe Spaces, microaggressions and ‘that’s offensive!’ tantrums – has its roots in an educational system governed by therapeutic norms. The same was true of the London riots. They emerged from the same assertive grievance culture, the same well of victimhood and entitlement, the same sense that it’s all someone else’s fault. One young rioter even justified his trashing of a local branch of Comet on the grounds he didn’t get a job there. Other kids gloated about how ‘we can do what we want’, a dismissive attitude to adult authority they no doubt picked up at school.

Now, five years on from the London riots, some commentators argue that welfare cuts and widening inequality mean that ‘many of the conditions that created the riots are still in place’. London’s Time Out magazine went further by arguing that the Brexit vote means that racism has acquired a new-found respectability, which will lead to greater poverty for, and ill-treament of, London’s ethnic minorities.

These cheap anti-Brexit jibes raise a question: why are marginalised rioters viewed with sympathy, while poor, marginalised Brexit voters are viewed with contempt? Why are the violent actions of looters and arsonists interpreted as a legitimate protest, while voting to leave the EU is seen as an exercise in brainwashed stupidity? It’s all down to who these two constituencies represent.

For many left-leaning radicals, the one constituency they loathe almost as much as posh Tories is the indigenous white working class – that is, the wellspring of the Brexit vote. The white working class is seen as a hangover from bad old Britain. It’s associated with national sovereignty and national identity; with firm values rather than relative values. So, when older, working-class blokes in places like Enfield defended their communities from rioters, the left-leaning Twitterati presented them as a collection of English Defence League and British National Party supporters.

The rioters, however, represented the constituency the left-leaning love to speak on behalf of, the put-upon, the vulnerable, the welfare-dependent poor. Indeed, many lefties feel far more comfortable allying themselves not with the working class, but with marginal welfare claimants. It’s a way of hitting back at Etonian Tories, the petit bourgeoisie and the lumpenproletariat.

Thankfully, that New Labour, New Britain outlook has taken a battering since the riots five years ago. Many working people, repulsed by the Labour Party’s commitment to unearned welfarism, deserted the party at the last General Election and appear unlikely to return. The broader therapeutic values that New Labour promoted seem rightly alien and preposterous to older working-class people. Indeed, the vote to leave the EU can be seen as a wholesale rejection of the alien values of the entire political class.

Yet still some seek to attribute a progressive value to the riots, as if they were riots against austerity, racism, public-sector cuts, and so on. We should take the opposite view. Whereas the Brexit vote was a positive demand for independence, democracy and self-determination, the London riots only led to demands for greater state intervention into family life – demands that David Cameron’s Tory government was only too happy to meet. Whereas the riots strengthened the political class, emboldening it and deepening state involvement in our everyday lives, the Brexit vote shook it to its core. Five years on, liberals still fail to understand the destructive significance of the London riots. And, for some time to come, they will no doubt fail to grasp the progressive significance of the Brexit vote.