Labour, anti-Semitism and the cult of ‘You Can’t Say That!’

The Livingstone debacle exposes both sides in Labour's anti-Semitism row. 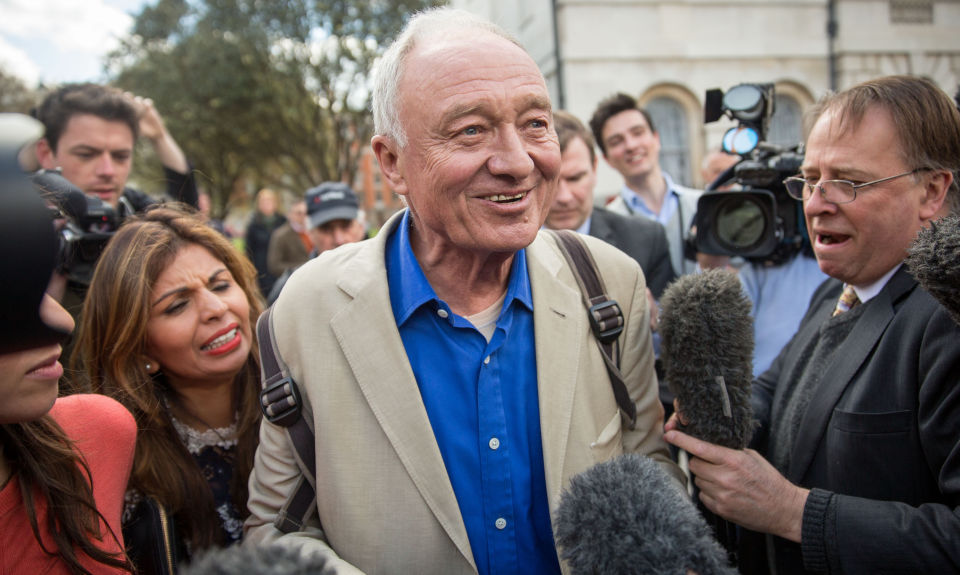 So, the denunciation of Ken Livingstone and other Labour Party members whose anti-Zionist outlook has morphed into something a bit darker: is this a welcome if belated reckoning with the left’s anti-Semitism problem, or is it a PC hounding of lefties who have unpopular views and evidence that we live in a stifling ‘You Can’t Say That!’ culture?

It’s both. I know that makes things pesky and complicated, which is frowned upon in this era of black-and-white politics, where we think and speak in simplicities like ‘TORY SCUM’ and ‘LEFTIE FASCISTS’. But it’s true.

Livingstone’s dumb remarks about Hitler, Israel and Zionism confirm that some on the left do have a weird desire to lash out at what they view as Jewish power, and the media class’s subsequent savaging of Livingstone confirms that ours is an intolerant era in which there are certain things you may not say. Politics is complex, and the complexity here is that both Livingstone and his critics are wrong, and both are having a destructive impact on rational political debate.

Livingstone’s comments are of a piece with the modern left’s feverish obsession with the Jewish State and its alleged threat to global peace. It is of course entirely legitimate to criticise Zionism. Zionism is a political ideology, and every ideology must be open to questioning, mocking, ridicule, and so on. Criticising Zionism no more makes you an anti-Semite than criticising feminism makes you a misogynist.

But among some sections of the left, the word ‘Zionist’ is now used in a creepily similar way to how the word ‘Jew’ was used in more openly racist times. They speak of the ‘Zionist-led media’, of ‘Zionist lobbies’ dictating to our governments what they should do. Left-leaning broadsheets run cartoons showing Israeli politicians puppeteering Western leaders, or even worse, feasting on dead children, because apparently Zionists love nothing more than to kill kids. In these instances, anti-Zionism does start to resemble anti-Semitism. It comes to share the key conviction of the anti-Semite: that They have too much power, are a threat to the global order, are possessed of a bloodlust that is alien to us civilised Westerners.

The modern left’s strange conviction that Zionism is a uniquely evil and destabilising ideology was summed up in the Facebook post shared by the now-suspended Labour MP for Bradford West, Naz Shah. That post may have shocked with its suggestion that the ‘solution’ to the Israel/Palestine problem is to ‘relocate’ all Israelis to the US. But the reasons given for this ‘solution’ were more striking, for they’re now utterly mainstream among much of the radical left: the post said getting rid of Israel would mean ‘the Middle East will again be peaceful’ and ‘the whole world will be happy’. This view of Zionists as the grit in the eye of world order is now common on the left.

This is why radicals apply extraordinary double standards to Israel: they protest against its wars far more than the wars of any other state; they boycott its produce and art; they obsess over Israel’s tentacle-like lobbies more than any other lobby (and ours is an era of lobby politics). Very little of this is rational or fact-based. Rather, it speaks to the lost, post-Cold War left’s hunt for one thing, the big thing, that they might hold responsible for the ills of the world, and for many of them it’s Zionism. In such circumstances, the line between politics and prejudice does, tragically, become porous.

The Livingstone debacle has shown that some on the radical left are distinctly unwilling to get to grips with this problem. Indeed, some accuse the media – the Zionist-led media, no doubt – of whipping up hysteria about anti-Semitism in order to shut down debate. What’s hilarious about this is that these are the same people who tend to see racism everywhere, especially Islamophobia, and who are often at the forefront of using the ‘racism’ slur to shut down discussion, especially on campus, where ‘Islamophobes’ and other ‘phobes’ are always being No Platformed. Yet now they dispute that there might be a problem of racism in how some on the left talk about ‘Zios’, and they’re suddenly interested in the right to be un-PC. Their real aim here is not to have open debate, but to preserve Zionism as the great evil we must all rage against, to ringfence the idea of Israeli wickedness, for that idea is the driver behind so much of their activism today.

And yet there is a problem on the other side. There is a problem with the current scouring of social media for evidence that some Labourite once said something dodgy about Zionists or Jews, and also with the demand that anyone who uses the Z-word in a derogatory way should effectively be exiled from polite society. This is not a serious reckoning with new forms of anti-Semitism. Rather, it springs from, and will exacerbate, the 21st-century trend for shaming and silencing those who hold questionable or eccentric views.

There are many reasons to doubt the integrity of those currently mauling Livingstone and churning out articles or statements about the ‘left’s hatred of Jews’. The first is their wild and defamatory claims. The idea that ‘the left’, across the board, ‘hates Jews’ is as ridiculous as the infantile Islamist claim that all Westerners hate Muslims. And secondly there’s the lateness of it all. Where have these suddenly stinging critics of the left’s problem with anti-Semitism been for the past 10 years, when it was already apparent to some of us that anti-Zionism had become a peculiar pursuit?

This lateness suggests that many of those currently calling out alleged anti-Semites on the left are ultimately driven by a desire to dent Jeremy Corbyn’s leadership of Labour. Whether it’s Blairite people in the Labour Party, who, according to the Telegraph, are ‘plotting a leadership challenge in the wake of the anti-Semitism row’, or sections of the anti-Corbyn media that have developed a sudden and intense interest in the new anti-Semitism, the driver here is exposing Labour, shaming Corbyn. But to marshall the incredibly serious issue of anti-Semitism to the cause of getting rid of Labour’s leader is a disaster. Firstly, because it makes it seem as if this is a new problem, arising under Corbyn’s leadership, when in fact much of the left has been moving in this strange direction for a couple of decades; and secondly, because such political exploitation of prejudice will make some people even more sceptical of claims of anti-Semitism. ‘Oh, you’re just making the anti-Semitism accusation to score political points’, they’ll say.

Fundamentally, the treatment of Livingstone and others speaks to today’s strangling and censorious political climate. Why should people be suspended from parties for having said strange or outrageous things? Why not engage them in debate, prove them wrong? Why must people be put beyond the pale for making outré statements? Why not respond by having more debate with them, not less? In these PC times, shutting people down is the go-to solution to every controversy. And now we know that this instinct to shout ‘You Can’t Say That!’ is as strong on the right and the so-called respectable left as it is among student radicals and identitarian leftists. All politics now resembles an infantile NUS conference. ‘You’re racist! Get out of my safe space!’ ‘No, you’re racist! Get out of polite society!’ As a result, debate suffers, prejudice isn’t properly challenged, and reasoned discussion remains a far-off dream. The worst of all worlds.