The myth of powerful, protected perverts has been around for decades. 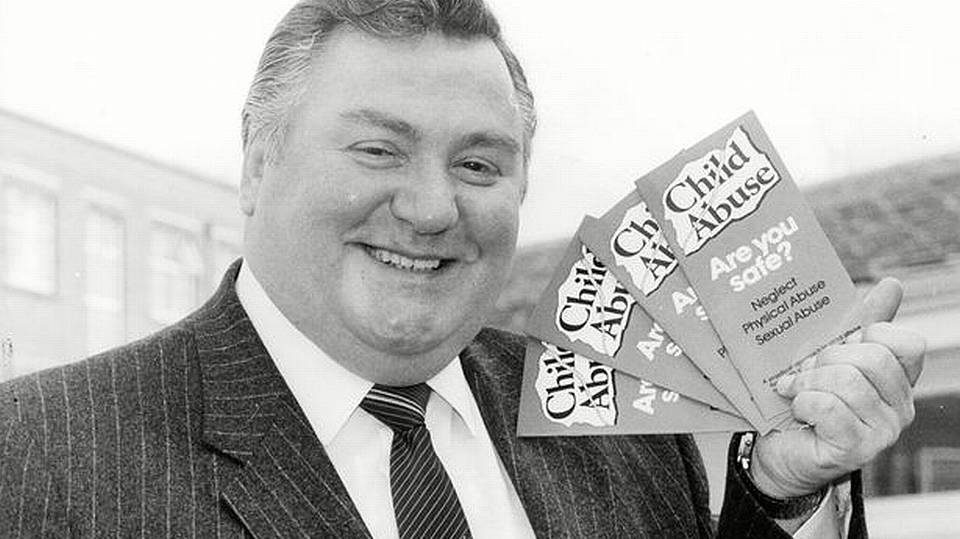 The weakness of the United Kingdom’s institutions became plain last week when the home secretary Theresa May was pushed into announcing not one, but two inquiries into alleged historic sex abuse. One – which will be led by the head of the NSPCC, no less – will re-examine an allegedly botched Home Office review into its alleged failure to act on ancient allegations of child sex abuse. The second – which is currently without a chair after Lady Justice Butler-Sloss stepped down on Monday – will look into how state institutions allegedly failed in their duty to protect children from paedophiles.

Butler-Sloss’s resignation came after the victim lobby objected vociferously to an alleged conflict of interest on her part: her late brother, Michael Havers QC, was attorney general between 1979 and 1987. It does not seem to have occurred to anyone that the NSPCC, which is effectively leading the first investigation, is, if anything, far more conflicted. This, remember, is a powerful pressure group which annually spends millions of pounds solicited from the state and the public on aggressive PR campaigns and ‘issue advocacy’. Getting it to review the Home Office’s handling of paedophile allegations is like asking Greenpeace to chair a review of the UK’s policy on climate change.

A bad trip down memory lane

The inquiry was brought about when conspiracy theorists and claims-makers complained about the disappearance of some files in the Home Office, which allegedly represented a cover-up of sexual misconduct by a dastardly elite.

The originator of the missing files, the late Geoffrey Dickens MP, was a well-known right-winger and moral entrepreneur. In 1991 he called on parliament to bring in a law to punish sex offenders by ‘castrat[ing] the buggers’. Dickens once showed his files, ‘where people have written to me with information’, to the home secretary, Leon Brittan QC, back in 1983.

What this information consisted of is anyone’s guess. It seems to have fallen somewhat short of the lurid claims by an earlier MP, Noel Pemberton Billing, who in 1918 published an article claiming that Germany had a ‘black book of sin’ containing the names of 47,000 ‘highly placed British perverts’, including Margot Asquith, wife of the then prime minister. (See The sex ring at the heart of the British establishment…100 years ago, by James Heartfield.)

Dickens unfortunately did not keep back-up copies of his fascinating files. Their disappearance has been given a sinister spin, though it is far from clear why the Home Office should have been expected to copy and archive Dickens’ papers for him.

A few retired folk have now come forward with their recollections. They claim to have seen files, and suitcases full of letters, this time relating to a man convicted of possession of illegal pornography. These again have vanished. It is now suggested that these missing documents implicate establishment figures in organised crimes against children. All of this sounds shocking, but is it true?

Heard it all before

This latest panic rehashes specific aspects of the moral panics that swept Britain in the late 1980s and early 1990s, in which Dickens was a major player. As Professor Philip Jenkins shows in Intimate Enemies (1992), exposure of spies like the homosexual Anthony Blunt helped shape a popular image of upper-class perverts from public schools, where homosexuality was rampant, and whose colleagues concealed their activities.

Dickens himself continually sought to promote the idea of widespread paedophilia, telling parliament in 1984: ‘Adults in every walk of life… were involving themselves in paedophilia.’ Meanwhile, Ray Wyre, an ex-probation officer whose views on sex crime and pornography were enormously influential with social workers and the NSPCC, promoted the idea of a major conspiracy. Wyre also believed in the existence of snuff movies and Satanic ritual abuse.

To compound the problem, we know that many complainants have already instructed lawyers with a view to seeking compensation. As the American journalist HL Mencken once said: ‘When someone says it’s not about the money – it’s about the money.’

But how reliable are historic memories? The reality is: not very. It is interesting that, in the cool-headed world of commercial litigation, witnesses claiming to remember past events are viewed as unreliable, at best.

Mr Justice Leggatt made persuasive comments on the unreliability of memory in a case called Gestmin v Credit Suisse, which was decided last November. The lawsuit concerned a €11million investment made in 2005. His analysis makes clear that, in the absence of contemporary documentation to corroborate claims, eyewitness testimony is pretty worthless in a forensic context: ‘The best approach for a judge to adopt in the trial of a commercial case is, in my view, to place little if any reliance at all on witnesses’ recollections of what was said in meetings and conversations, and to base factual findings on inferences drawn from the documentary evidence and known or probable facts.’

One person’s word is the flimsiest of evidence. A genuine inquiry into historic abuse claims will face insuperable difficulties because much of it will be based on wholly uncorroborated claims. Human memory is demonstrably unreliable, and many such claims may turn out to be unverifiable given the huge lapse of time, especially if all relevant documentary records have long since disappeared. All of which serves to underline the obvious point that serious allegations of abuse need to be ventilated promptly and investigated effectively, if best evidence is to be achieved.

An inquiry designed to ‘hear the victim’ will readily slide into an assumption that self-professed victims must be believed. The ideology of victimhood has acquired such ascendancy that it would take an exceptionally brave and strong-minded person to stand back from the weight of this belief system. It’s ironic, then, that official attempts to get at the truth of historic abuse claims in our febrile climate may end up compounding confusion and recrimination, rather than providing any genuine resolution.

Barbara Hewson is a barrister. This article was written in a private capacity, and represents her personal views.