The EU: a club for anti-democrats

How Brussels became a hiding place for elites sick of dealing with the demos. 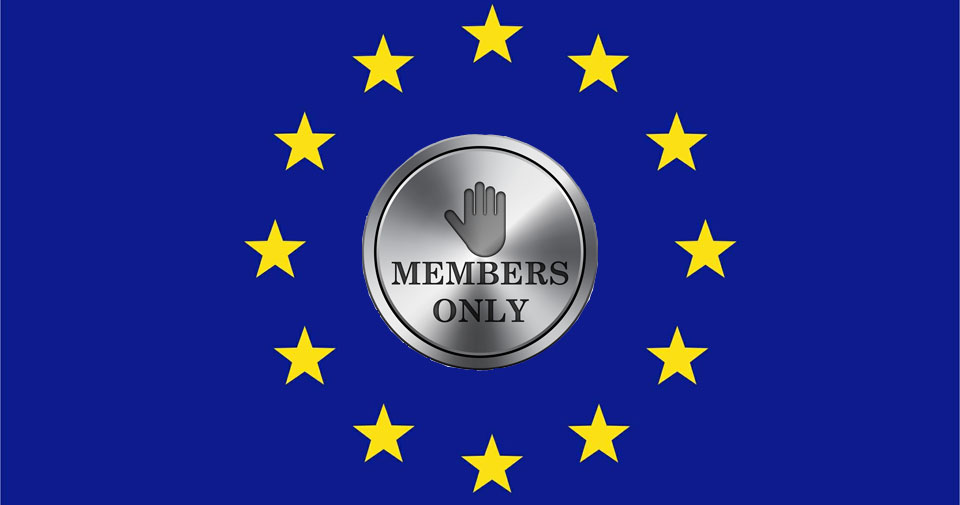 One of the most shocking political developments of recent years was the lack of any public outcry at the imposition of unelected regimes in Greece and Italy. In fact, the installation of technocratic governments in both countries in the midst of the Eurozone economic crisis in 2011 was widely welcomed. The European Union played a central role in insisting on what could reasonably be called a ‘soft coup’.

If something similar had been attempted a generation or two earlier, it would almost certainly have been met with widespread protest. Europeans might have seen such a blatant attack on democracy as normal in other parts of the world, but not at home, in the birthplace of democracy.

Such changing attitudes point to the rise of technocratic rule. Democracy, even in the limited sense of an expression of the popular will through parliament, has gone out of fashion. Indeed, there is no real politics today, in the sense of popular contestation over different visions of how society should be run. Instead, the trend is towards apolitical administration by an elite of expert technocrats. The general public, the demos in democracy, has been sidelined.

This is the backdrop to James Heartfield’s groundbreaking new book, The European Union and the End of Politics. Both parts of the title are important. Heartfield, a London-based writer and fellow contributor to spiked, explains the rise of the EU against the backdrop of the depoliticisation of nation states. He provides an innovative account of the rise of technocratic rule in its most advanced and grotesque incarnation.

For Heartfield, the drive to European integration in its current form begins in the 1980s. He avoids the common error of reading the recent experience back into earlier pan-European entities such as the European Coal and Steel Community or the European Economic Community. Indeed, technically the EU itself did not even come into existence until 1993.

The EU did not come about as a result of any democratic drive to transcend nation states and replace them with a pan-European superstate. Popular agency did not drive the change. Instead, as Heartfield points out, the EU emerged as a result of the decline of popular democracy within nation states.

Old forms of politics, such as the party system and trade unions, have lost legitimacy. The old right and the old left are both defunct. Free-market reforms have failed to achieve their goal of rolling back the state and national Keynesian solutions have not resolved underlying economic problems.

In such circumstances, the drive towards EU integration has materialised almost by default. National elites have become more dependent on their relationships with their European counterparts as a source of legitimacy. Domestic politics and political parties matter much less than in the past.

These elites no longer speak the language of old-fashioned nationalism. In fact, they often deride nationalism as a pathological condition, the province of populist and fascist movements. Instead, they view themselves as enlightened cosmopolitans who are a cut above the petty parochialism of the general public.

Despite the internationalist rhetoric, this is essentially a form of elitism. For the elites, expressing an affinity with European culture has become a way of expressing disdain for their own publics. From this starting point, it is not surprising that they promote technocracy and show such contempt for democracy.

In organisational terms, one of the main expressions of this authoritarian tendency is the European Council (EC), the policymaking body within the EU. This consists of national leaders of EU member states, along with the president of the European Commission and the president of the European Council itself. Its work is prepared by the Committee of Permanent Representatives (Coreper), senior officials whose deliberations are kept secret. The EC’s deliberations are covert, too, with only the final communiqué being published.

The secretive nature of the EC is entirely in line with its undemocratic character. It is not even nominally accountable to the public. Instead, it is a vehicle for national leaders to make decisions in an environment that is insulated from public scrutiny.

In a recent book, Chris Bickerton, an academic who has taught in several European countries, describes what has emerged as a system of member states rather than nation states. Under the new set-up, member states derive their authority from their relationship with the EU rather than from the democratic voice of their own people.

Although Why Europe Matters is an impassioned defence of the EU, it is in some respects complementary to Heartfield’s work. John McCormick, a professor of politics at Indiana University / Purdue University Indianapolis, is intent on persuading the general reader of the EU’s virtues. This is itself an innovation, as by McCormick’s own account ‘the scholarship on Europe is often arcane and theoretical’. Why Europe Matters even has an endorsement from Jacques Delors, a former president of the European Commission and French finance minister.

The one clear advantage McCormick has over Heartfield’s work is that it is better targeted at the general reader. Heartfield’s book has its origins as a PhD. As a result, the theoretical ground it covers is sometimes insufficiently clear for the non-academic. In contrast, McCormick, a former journalist and professional environmental campaigner, has succeeded in providing an accessible text for the non-specialist.

In some respects, he also covers more ground than Heartfield. Most of McCormick’s chapters look at particular aspects of the EU, such as its role as a peacemaker, marketplace and a global player. Since it discusses such a wide range of topics, it would take a lengthy review to untangle all of them. But this is not necessary, since the kind of technocratic views it espouses are the subject of frequent articles in spiked. Two pieces that are particularly relevant in relation to McCormick’s case for the EU are Phil Mullan on the crisis of the Eurozone and Philip Hammond on human rights. Bruno Waterfield, the Telegraph’s Brussels correspondent and another spiked contributor, has also written many pieces on the subject.

For the purposes of this review, let us focus on the debates about elitism and democracy. This is legitimate, as McCormick recognises that these embody some of the most important charges against the EU. He devotes a chapter specifically to this issue.

Why Europe Matters takes a shotgun approach to the topic. McCormick makes several points in defence of what he sees as the EU’s democratic character. He points out that the European Council consists of elected national leaders and the European Parliament is directly elected. The EU is founded on treaties and agreements that are entered into by sovereign states. He also notes that opinion polls often show most Europeans in favour of the EU in principle.

All of these points, while factually correct, do not amount to a convincing defence. It is true that the European Parliament is directly elected, but it plays a relatively marginal role in decision-making. It is also true that polls sometimes show Europeans supporting the EU in principle, but that is not the same as a popular mandate. When Europeans have been given a democratic choice about the direction of European integration, such as in referendums over an EU constitution, their verdict has often been ignored.

In any case, McCormick misses the vital point about sovereignty. This is where Heartfield’s work gets to the nub of the question. Everything about the operation of the EU acts to strengthen the power of technocracy and to distance EU institutions from the influence of the popular will. National leaders may be elected, but when they operate within the EC they are one more step removed from the electorate.

Of course, the outcome of this debate depends partly on what is meant by democracy. If it is viewed in purely procedural terms – looking at institutions and how they operate – it is possible to make a case that the EU is democratic. From this narrow perspective, it could even make sense to talk of democracy being imposed on other countries from outside.

But if democracy is understood in its proper sense of an expression of the public will, then the EU clearly fails. True democracy must have popular sovereignty at its core. The EU is an elite-led project that is entirely antithetical to democratic accountability. It is also hostile to any debate outside of narrowly defined technocratic terms.

For all its talk of cosmopolitanism, the EU is an elitist and thoroughly undemocratic institution. Indeed, if anything is turning ordinary Europeans against each other it is the EU. The euro project has driven a rift through Europe, turning the troubled peripheral states, such as Greece and Spain, against stronger economies like Germany.

A truly united Europe based on popular sovereignty would be an enormous step forward. But the abolition of the EU would be a necessary precondition for such an achievement. The first steps along the way must be to recreate the conditions for political contestation and to challenge the deadening effects of technocratic rule.

The European Union and the End of Politics, by James Heartfield, is published by Zero Books. (Buy this book from Amazon (UK).)

Why Europe Matters: The case for the European Union, by John McCormick, is published by Palgrave Macmillan. (Buy this book from Amazon (UK).)