How Big Tech took over the Democrats

The Sam Bankman-Fried debacle reveals a party in hock to Silicon Valley. 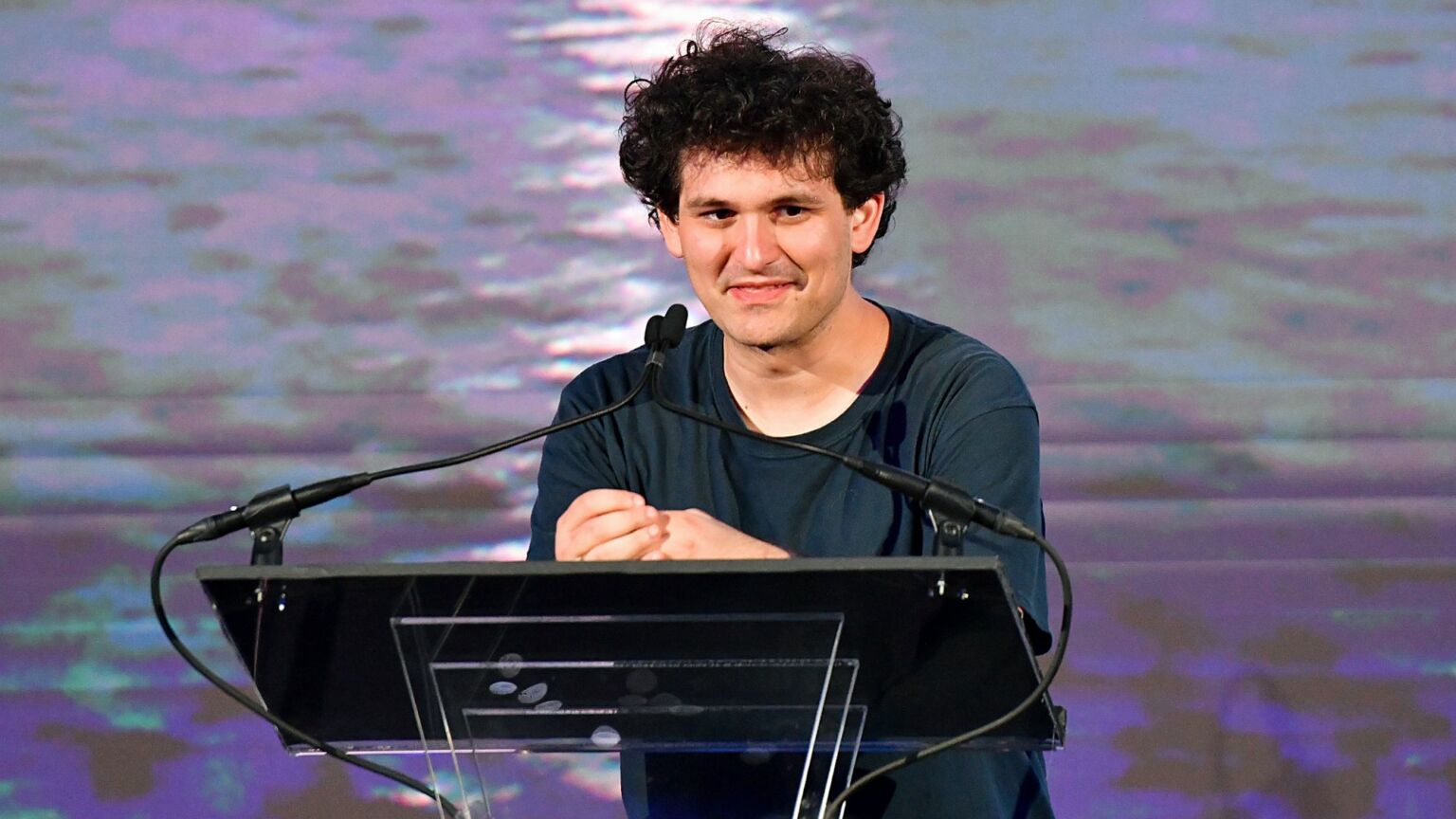 Imagine this. A shady offshore finance business has pledged $1 billion to get a Republican president elected in 2024. The founder donates to a vast network of conservative activists and publicly promotes causes that they hold dear. He has long-standing Republican Party family connections. He is lionised in Congress. Officials promise regulatory changes that will help his business. The co-founder of the operation is a curiosity, a Chinese-American with no public profile. Then the business goes bankrupt, losing ordinary Americans billions of dollars of their savings. Much of the money simply goes missing and is unaccounted for.

Now imagine how the American media might have reported this affair over the past week or so. You can be sure the word ‘corruption’ would have featured prominently, along with the words ‘deep’ and ‘systemic’. We could be reading excoriating think-pieces on how greed persuaded people to look the other way. No doubt, some Substacks would have speculated on whether an absence of morality was a Republican trait. Yet with the dramatic collapse of FTX earlier this month, this kind of critique has been largely missing. So why might this be?

The answer, of course, is that Sam Bankman-Fried, co-founder of cryptocurrency exchange FTX, was not a Republican, nor did he donate to conservative causes. He was the second-largest Democratic donor in the 2022 election cycle. He shrewdly talked up the two big secular, liberal religions of climate change and artificial intelligence. He also proclaimed himself to be a vegan.

SBF is well-connected, too. His father helped Elizabeth Warren draft legislation to revise the US tax code in 2016. His mother co-founded the secretive Democratic group Mind the Gap in 2018, which has funneled millions in donations to the Democrats. Mind The Gap ‘operates in a cone of secrecy’ but ‘speaks the language of Silicon Valley’, according to a Vox profile of the organisation. SBF’s brother, Gabe Bankman-Fried, used to work for Civis Analytics, the political data firm backed by former Google CEO Eric Schmidt, which is behind much of the Democratic Party’s data operation.

Cleverly, Bankman-Fried subscribes to the self-indulgent online cult of ‘effective altruism’, in which devotees outdo each other with claims of how moral they are – or would be, if only they were wealthier. Effective altruists say they are in favour of making money, which can then be donated to good causes. Professor Kathleen Stock describes the ‘movement’ as the ‘new woke’, beloved of ‘robotic tech bros’. These modern-day Pharisees don’t hide their good intentions under a bushel. Instead, they berate everyone else for not having the right priorities.

Yet as SBF admitted in an exchange of messages with a fellow devotee and journalist last week, it was all a sham. Effective altruism was a cosplay outfit that Bankman-Fried could slip into with ease. It was ‘this dumb game we woke Westerners play where we say all the right shibboleths and so everyone likes us’, he admitted.

On the surface, the fall of SBF is a familiar tale. A flood of funny money persuaded the political and administrative class to look the other way to FTX’s obvious shortcomings. But there is rather more to it than greed.

It has been over a decade since Joel Kotkin identified just how much the Democratic Party had changed during the Obama era. By 2012, the Democrats had become an alliance of tech elites and finance, he wrote. The party came to represent both Google and Goldman Sachs.

Although Bankman-Fried was neither a tech genius nor a financial wizard, he had the appeal of both, so long as one didn’t look too closely. He had the appearance of a dishevelled tech nerd and he carried Silicon Valley’s imprimatur. He was backed by leading financial investors from Softbank to Sequoia Capital. FTX was ‘Goldilocks perfect’, in the words of Sequoia partner Michelle Bailhe. And one suspects he must have initially made his backers a lot of money from the mysterious new alchemy of crypto finance.

Even Eric Schmidt, once a leading sceptic of crypto, was beginning to be won over. Before the crypto crash in May, Schmidt told the media he had dabbled in cryptocurrency. He also praised ‘Web3’, the latest crypto trend. When Schmidt changes his mind on something like crypto, it’s difficult for Democrats to disagree. And so an area of tech / finance that was once seen as akin to a digital Wild West quickly became something serious politicians could be seen to get involved in.

That the Democratic Party now takes its cues from the tech elite has created a broader political problem. Silicon Valley’s concerns are wholly at odds with those of ordinary working-class and middle-class Americans. Giant tech platforms like Amazon and Google create the illusion of competition, while exploiting their unique monopoly of information to manipulate both supply and demand. The tech elite’s obsession with climate change has led to exorbitant energy prices that destroy ordinary people’s jobs. Big Tech’s monopolisation of the economy and politics ought to be fertile ground for a populist pushback. Indeed, this is exactly the kind of set-up the Democratic Party would have opposed in the 20th century. Today’s Democrats seem incapable of doing so.

Back in 1935, when toy company Parker Brothers first acquired the rights to the Landlord’s Game – the predecessor to Monopoly – it made a number of changes. The new Monopoly was less explicitly anti-capitalist than the original 1904 version. It was also given new character tokens, all of which were now in metal for the first time. However, one of the character tokens it made sure to retain was the top hat, representing the top-hatted banker – a recognisable cipher for greed and indifference in Depression-era America. Perhaps the ‘crypto slob’ – a mop-headed millennial burnishing his climate-change credentials – ought to be this century’s equivalent.