On matters of crime and policing the activist class is painfully out-of-touch. 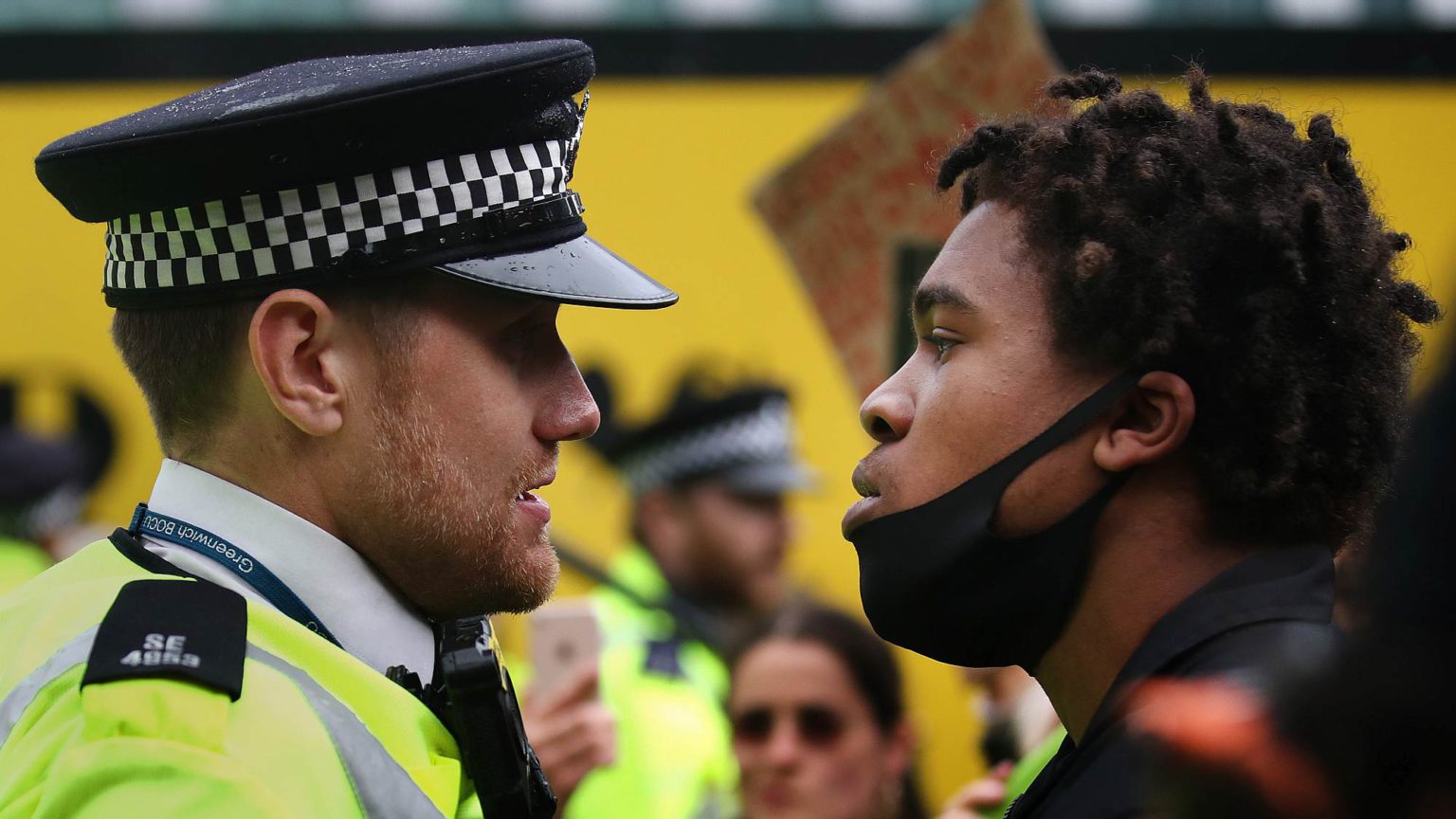 The police have long had a fraught relationship with Britain’s ethnic-minority communities. Racism, over-policing and social deprivation have historically coalesced to breed a culture of mistrust and suspicion towards the police. Despite the police’s many ongoing problems, when it comes to questions of race matters have improved over the years. As social attitudes have become more liberal, black Britons have moved up the social ladder and the police have become more accountable, structural racism is no longer one of the most significant problems facing the police.

However, since the tragic murder of George Floyd at the hands of a US police officer in May 2020, new life has been breathed into the largely false narrative that the British police are riddled with racism and seek to terrorise ethnic-minority communities.

One policing tactic that has become a focal point of activist anger is stop-and-search. According to the data, the stop-and-search rate for every 1,000 people is 52.6 for black people compared with just 7.5 for white people. This means that black people are seven times more likely to be stopped and searched than their white counterparts.

This statistic, for many of today’s anti-racist activists, is evidence of structural, systemic or institutional racism. The disparity, it is argued, demonstrates why black Britons cannot and should not trust the police, and why the police must ‘do more’ to tackle racism. But this narrative is simplistic at best and misleading at worst.

The use of stop-and-search is undoubtedly controversial from a civil-liberties point of view. In Britain, the police can stop and question you at any time. Generally, they should have ‘reasonable grounds’ to suspect you are carrying something you shouldn’t be. But this is often a subjective judgement. What’s more, senior officers can approve searches ‘without reasonable grounds’. There are good arguments to be had over these police powers and whether they might be too open to abuse.

If you only paid attention to the mainstream public debate and to the activists who are invited to speak to the media, you would think all black people despise the police. And you would likely be left with the impression that violent clashes between racist police and ethnic-minority Brits minding their own business are a daily occurrence.

A few months ago, I debated community activist Ken Hinds on GB News, who went as far as to claim that he was unsure whether the police genuinely wanted crime to be reduced within the black community. I put it to him that many ethnic-minority families in socially deprived communities are more concerned with spiralling violent-crime rates than they are with stop-and-search, and they would likely support any measure that might reduce the likelihood of bloodshed. In response, he made a thinly veiled attempt to question my ‘authenticity’ as a black person.

In reality, blanket accusations of ‘institutional racism’ fail to grapple with the nuance and complexities of racial disparities. In many ways, they make things worse. Many of the so-called solutions that are offered, such as the recent Police Race Action Plan, would do absolutely nothing to help. They would only bring identity politics into policing.

The reason so many ethnic-minority people support stop-and-search isn’t that they’re ‘coons’, ‘racial gatekeepers’ or ‘Uncle Toms’ (just some of the egregious and condescending racialised slurs that are thrown around these days), it is because they want to live in safe communities and prosper – just like everyone else. And when confronted with horrifying statistics – such as the fact that young black men in Britain are 24 times more likely to die of homicide than their white counterparts – they want action.