The madness of following the Covid models

We need to look at real-world evidence instead of doom-laden projections. 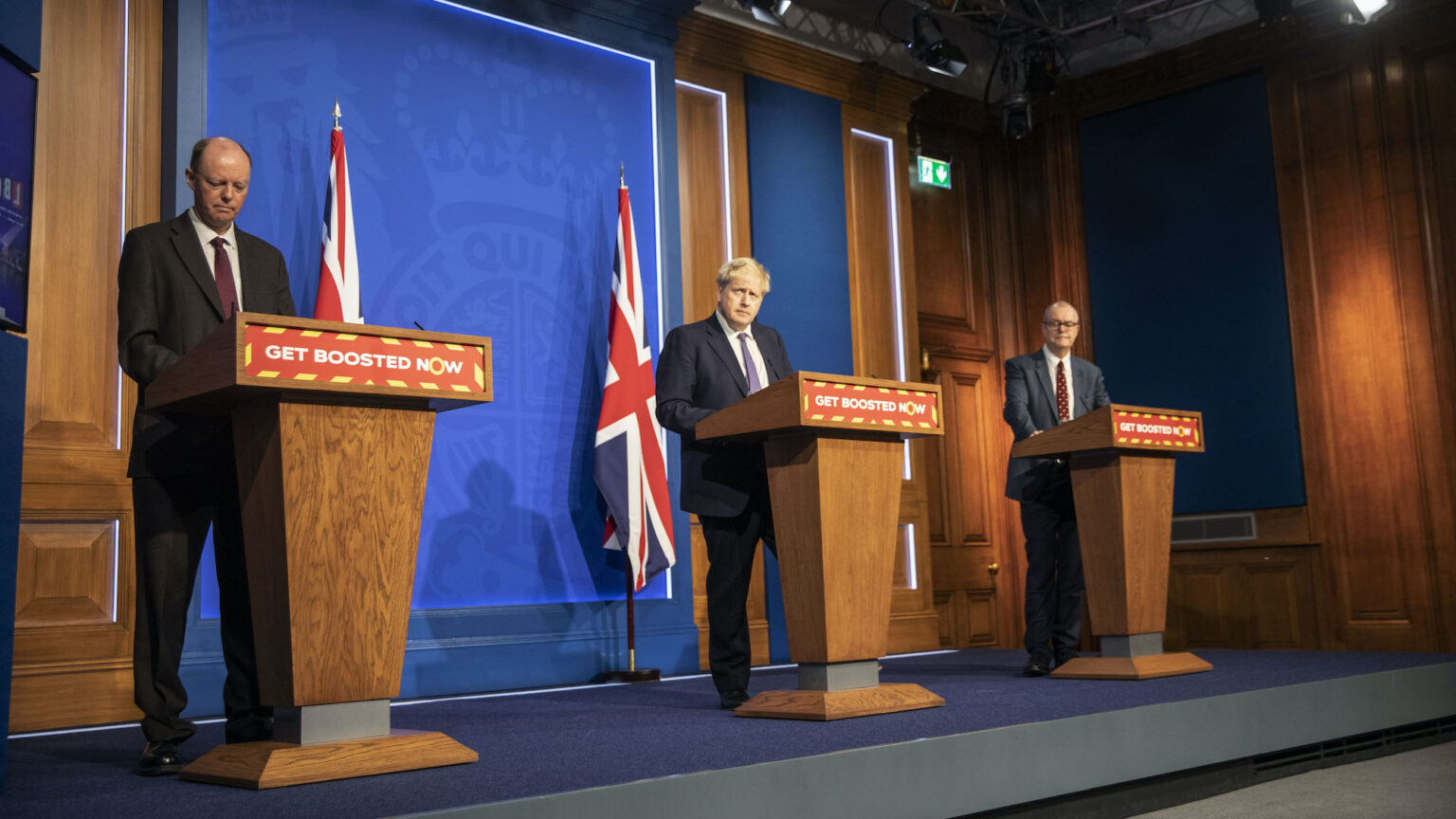 Being a purveyor of pessimism is one way to further your career. Predict doom and anything short of doom that happens after that is a blessing, a miracle. And you can be either a saviour or a genius – take your choice.

The UK government has consistently been served with worst-case Covid scenarios from modelling to justify ever more restrictive measures. For much of the pandemic, the government and its advisers have cited projections of cases and deaths, each more terrifying than the last, and a cycle of lockdowns and Eat Out to Help Out-style schemes has followed.

Ministers’ eagerness to understand what might happen next has led to an overreliance on these models. The messaging of fear has provided a rationale for inhumane measures – from solitary confinement to the abandonment of some of the most vulnerable in our society. It has also created unrealistic expectations for what interventions can do to lessen the burden of Covid.

Meanwhile, the negative impacts of such restrictive policies are vast, wide-ranging and should not be underestimated. They will be felt for generations to come, especially by the weakest members of our society.

Finally, however, it seems we have reached the stage where the models are being properly called into question. Despite the models predicting an enormous catastrophe from the Omicron variant, on 21 December 2021, prime minister Boris Johnson said: ‘We don’t think today that there is enough evidence to justify any tougher measures before Christmas.’ Roughly translated, that means we were leaving the doomsday predictions behind. No new restrictions have been announced since then, either, and the prime minister has come as close as possible to saying there won’t be another lockdown.

So why has it taken so long to get to this point, where ministers look at the actual evidence and data? The lack of challenge (until relatively recently at least) to the numbers provided by modellers has certainly not helped.

There is an alternative approach to following the models: to use the evidence and data to monitor events closely and change course as necessary. This means thinking flexibly, acting accordingly and being critical of any assumptions made about the future. These are fundamental principles to those who know anything about clinical practice and dealing with respiratory viruses.

In contrast to the models, studies from England, Scotland and South Africa have pointed to less severe outcomes from the Omicron strain. Cases have risen, but they have not come anywhere near to hitting the one million mark predicted by scientific advisers for the end of December. While the number of patients in hospital with Covid has increased, significantly fewer people require intensive care than in previous waves, and mortality has been far lower, too. And for the first time in the pandemic, questions are being asked as to who is admitted ‘for’ or ‘with’ Covid and who is catching it in hospital – accurate data is vital for informing any future policy restrictions that may have far-reaching consequences.

Thanks to the decision in England to pause and not rush into restrictions, the whole nature of the Covid debate has changed. The politicians have joined the publicans in wanting to keep society open.

There are still some who seek to impose further restrictions, however. These demands are based on poor assumptions that non-pharmaceutical interventions actually work, when all too often they don’t.

Circuit breakers, the rule-of-six, curfews, border closures, mandatory masks, vaccine passports – how have they helped the devolved administrations in Scotland and Wales? Have their stricter stances prevented future interventions? For instance, in October last year, Covid passes were introduced in Wales for events and nightclubs. Yet can anyone point to any evidence of their effectiveness? On the contrary, such interventions increase the insatiable appetite for even more authoritarian measures – at the end of December, Wales instituted strict new limits on social mixing. When the evidence is lacking for the effectiveness of these measures, and there is so much variation between jurisdictions, it’s clear that politics is playing a bigger role than public health.

Back in April 2020, during the first UK lockdown, we wrote: ‘Lockdown is going to bankrupt all of us and our descendants, and is unlikely at this point to slow or halt viral circulation, as the genie is out of the bottle. What the current situation boils down to is this: is economic meltdown a price worth paying to halt or delay what is already among us?’ There is now an increasing acceptance that the virus is endemic and all around us, and so we should be even more critical about the role of future interventions.

So how should we go forward? First, governments should learn to trust their people, provide general, evidence-based advice and information about the risks they might face as they go about their daily lives.

Second, the First World War-style casualty bulletins of daily cases and deaths should cease. They too are based on assumptions and not robust evidence. They run the risk of engendering a state of fear, in which people feel threatened and struggle to cope with the uncertainty. They can also push people towards the other extreme, making some hesitant to take voluntary precautions where they might be necessary.

Increasingly, the daily number of new cases is impossible to verify. A case of Covid does not have a universal definition. Most ‘positives’ are based on the results of molecular mass testing. These are performed without any reference to people’s medical or drug history. These tests are understudied and can sometimes declare someone positive even when they are carrying only minimal fragments of the virus. And that is before we even consider the problems caused by the contamination of specimens in laboratories.

We should learn how to use PCR tests properly and understand their strengths and limitations, instead of dishing them out at drive-in centres. We need a much more thoughtful, clinical approach to testing that should seek to identify who is infectious and who is not.

Next, to find our way out of this pandemic, comes the most urgent of all actions. We need to recognise who is most likely to die from Covid: it is the frail and the elderly, as it always is when winter comes. More specifically, we know that frail people in nursing homes are dying far more frequently than their peers in the community, and this is not just because of Covid. Care homes are chronically underfunded and understaffed, and relatives often have to administer care themselves. When we stop those relatives from coming in, their loved ones can go downhill rapidly and die.

Covid and other respiratory viruses have had two effects on care homes. They have infected residents and staff directly, and indirectly they have justified inhumane measures, such as long periods of isolation, which have left our elders to die of loneliness and neglect. Actions targeted at the frail and those living in care homes will rapidly bring down the death toll.

The pandemic will fizzle out, as all pandemics of the past two centuries have done, even as some seek to fan the dying embers. Let us hope that when it does end, we remember what matters most to society – togetherness, community and caring for the vulnerable – and we start trusting the public to make the right choices.