Why all the sudden outrage about ‘evil’ Sir Tony?

We surely have bigger things to worry about than Blair wearing a garter from the queen. 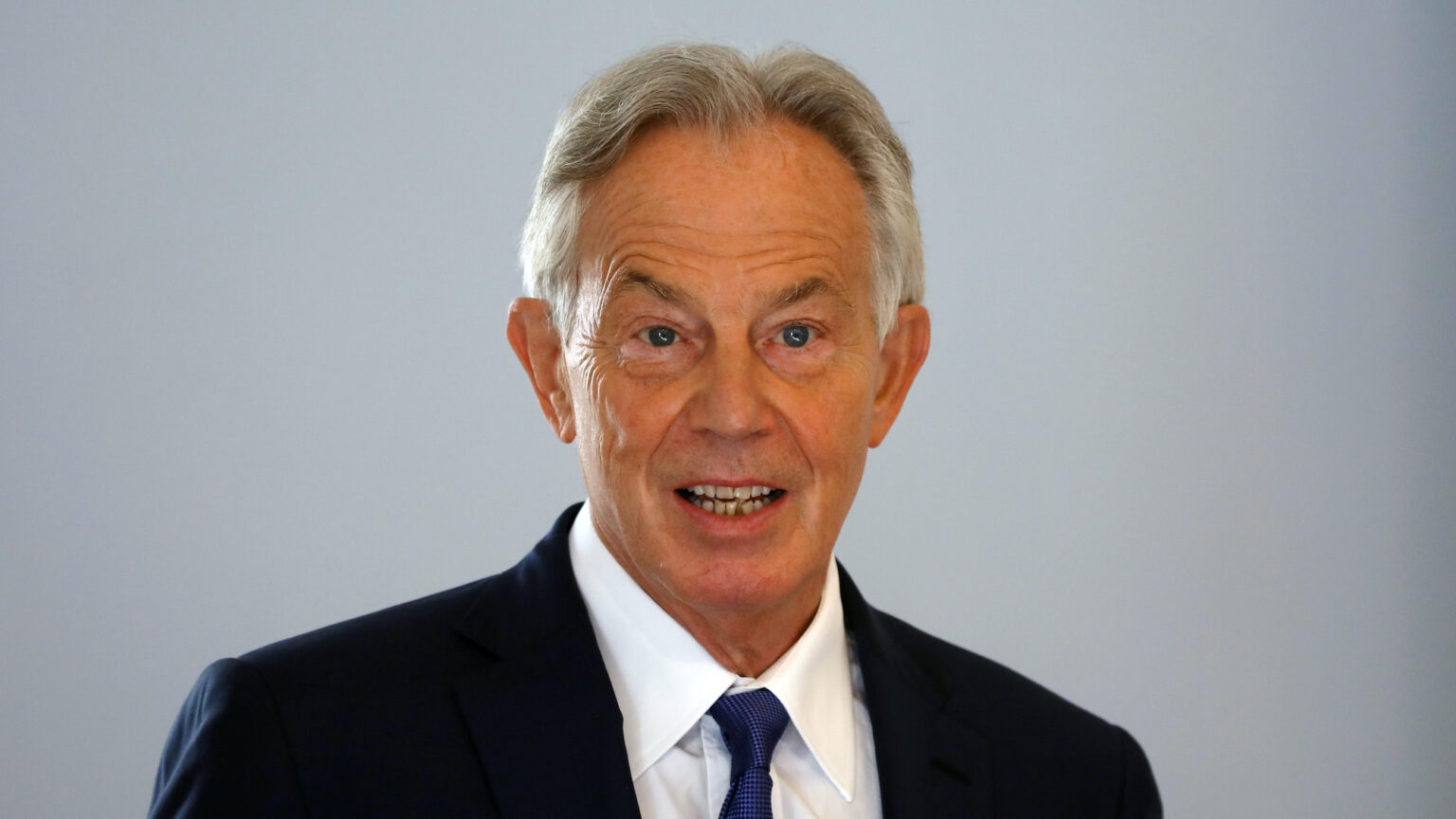 Let’s face it: you don’t like Tony Blair, I don’t like Tony Blair, it seems that almost nobody really likes Tony Blair these days. For some of us, political antipathy to Blair dates right back to his 1990s heyday, when the New Labour prime minister was hailed as ‘the Messiah who will save us from Toryism’. By contrast, in 1995, when Blair fever first swept British politics two years before his landslide election victory, Living Marxism (the deceased magazine of which I was editor), published a front page with the words ‘Tony Blearghh! Why Labour would be EVEN WORSE than the Tories’ on it.

So, I bow to nobody in my opposition to Blair and almost all he has stood for, from his foreign wars to his attempts to reverse the democratic Brexit revolt. But I cannot join in the current shrill wave of mass outrage about ‘Sir Tony’ being appointed a Knight Companion of the Most Noble Order of the Garter – apparently the most senior order of knighthood in the British honours system. By the time of writing, an online petition demanding that the honour be withdrawn from the ‘war criminal’ Blair has accumulated more than 400,000 signatures and counting.

Why the hysteria about an honorary title that merely entitles our former PM to join a few other knights in donning Tudor-style fancy dress and parading around Windsor like prats once a year? We are told it is largely because of his role in leading Britain into the bloody Iraq War in 2003, on the false basis that Saddam Hussein had weapons of mass destruction. One leading anti-war campaigner blasted Blair’s new honour as a ‘kick in the teeth for the people of Afghanistan and Iraq’.

Some might think those benighted people have bigger things to worry about than Sir Tony wearing a plumed hat. And frankly, so do we. Whatever anybody thinks of Blair, this latest outbreak of ceremonial Blair-bashing looks like a pointless exercise in political posturing.

Those who consider Blair above all to be a self-righteous warmonger might even think the Order of the Garter is a fitting exclusive club for Sir Tony to join. It was founded by King Edward III of England in the 1340s, to aid his campaign to conquer France. The founding members were warring knights, such as the king’s son, Edward the ‘Black Prince’, who earned that sobriquet for his dark deeds in slaughtering French soldiers and civilians.

More recently, the Order of the Garter, which is not a political award but a gift of the monarch, has been routinely bestowed on former UK prime ministers. All but one of the previous nine politicians to occupy 10 Downing Street before Blair were made knights of the garter. The one exception, Alec Douglas-Home, received the Scottish equivalent, the Order of the Thistle. The only unusual thing about Blair’s award is that the three-times prime minister has had to wait 14 years after leaving office, allegedly because the queen and her late husband, Prince Philip, disliked him; not because of Iraq, but because of his political intervention around the death and funeral of Diana, Princess of Wales, and his indiscreet blabbing about the ghastliness of visiting the royals at Balmoral Castle in his memoirs.

Most of those former prime ministers also had historical blood on their hands when they joined the Order of the Garter, often from wars launched on pretexts almost as dubious as Blair’s ‘dodgy dossier’ of non-intelligence about Saddam’s non-existent WMD.

If some do want to single out the disastrous war in Iraq, why single out Blair for criticism? After all, he hardly took Britain into Iraq (behind President George W Bush’s US) alone. Like all British PMs before him, Blair used the unaccountable powers of the royal prerogative to declare war in the name of the Crown. For the first time ever, however, his government also allowed an ‘advisory’ vote in parliament in 2003.

Given the chance to oppose the ‘illegal’ invasion of Iraq, MPs across the House of Commons instead opted overwhelmingly to support it, by 412 votes to 149. Are those 254 Labour MPs, 146 Tories and assorted others also all to be tried as war criminals? (Many of them later whined that they had been ‘duped’ by bogus intelligence reports, but as spiked observed at the time, ‘only dopes get duped’, particularly when the holes in the case for war were obvious to those who wanted to see them.)

Indeed, many among the political and media elites now damning Blair were enthusiastic supporters of his earlier misguided and grisly wars of intervention, from the Balkans to Afghanistan. Labour leftists now beating their chests about Blair’s crimes would like us to forget that they campaigned for his third election as PM as late as 2005, long after the Iraq debacle had become evident. And long after Blair resigned in 2007, the spirit of moralistic imperialism which he embodied still dominated parliament. In 2011, MPs voted by 557 to 13 to back the bombing of Libya, an intervention which led to the destruction of another country. Yet there are strangely no demands to drag the members of that Conservative-Liberal Democrat coalition government off to the international court at the Hague.

No, the current revival of Blair-bashing rips the war in Iraq from any wider political context and personalises it, just as Sir John Chilcot’s inquiry and report did in 2016. It becomes all about Blair, who can be used as a voodoo doll everybody else can stick pins in and in the process get themselves off the hook. Because if we can all agree that he is the Evil Sir Tony, then surely that must prove that we are Good?

If anybody seriously does want to take a stand against ‘Blairism’, there is no need to try refighting old wars. He has put himself in the frontline of more recent battles, most importantly the Remainer establishment’s war against Brexit, seeking to subvert and overturn the democratic vote to leave his beloved EU. He also turns up uninvited to interfere in every issue from the Afghan withdrawal to the response to the Covid pandemic.

But at least, unlike other former PMs and politicians, Blair has not accepted the invitation to sit in the unelected, anti-democratic House of Lords, which he described in typical style as ‘not my scene’. In response to his award, there has been much talk about the need to reform or abolish the honours system. Fair enough. Let’s start by abolishing those honours that confer real powers. Never mind Sir Tony gallivanting about in his ceremonial leg garter – we should worry more about those ermine-clad lords who still have a strap around the throat of British democracy.