Afghanistan: a tragedy made in the West

The era of liberal interventionism drew to a catastrophic close this year. 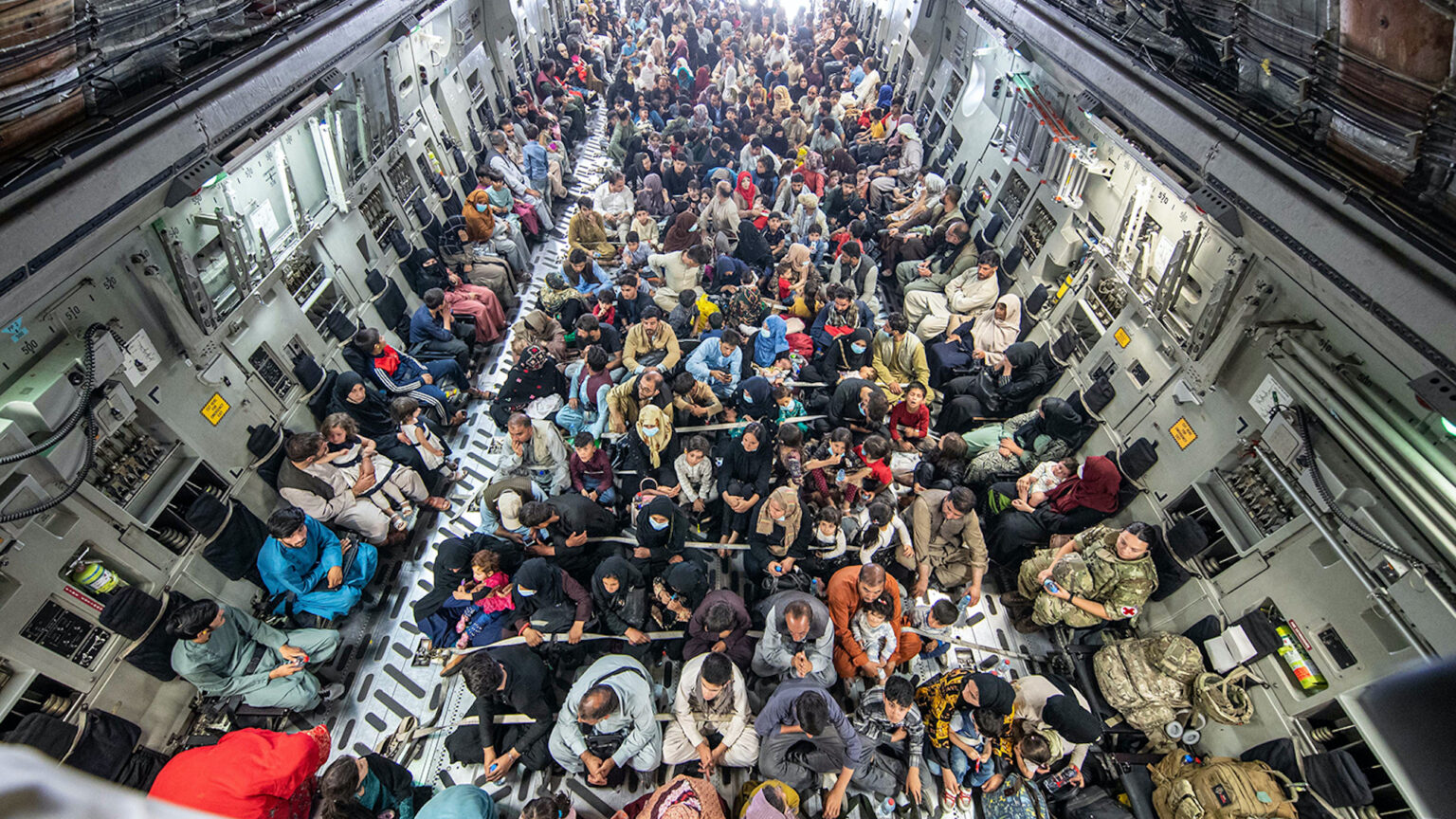 An era of grandstanding Western interventionism drew to an ignominious close in 2021, as US-led NATO forces finally abandoned Afghanistan to its wretched fate.

The die was cast in April, when President Biden announced the withdrawal of US forces by 11 September, a date clearly chosen for its symbolism. ‘We went to Afghanistan because of a horrific attack that happened 20 years ago’, he said at the time. ‘That cannot explain why we should remain there in 2021.’

He had a point. But the Biden administration’s perfunctory, almost blithe approach to withdrawing from Afghanistan in the end proved calamitous. There were no longer any conditions to be satisfied before NATO departed, as there had been in Donald Trump’s original agreement with the Taliban. There was no demand, for instance, that the Taliban had to reach a settlement with the government of Ashraf Ghani before US troops left their positions for good. It was clear that the Biden administration just wanted out. Hands washed. Responsibility jettisoned. The forever wars over.

The manner of the withdrawal – expedient, thoughtless and chaotic – reflected the US and its allies’ wilful indifference to a nation they had occupied for the past two decades. In July, US troops slipped away in the middle of the night from Bagram Air Base, at one point the centre of US operations, taking even local Afghan security forces by surprise. Some battalions removed themselves so quickly that they left behind millions of dollars’ worth of aircraft, armoured vehicles and high-tech defensive systems. The US’s NATO allies made similarly swift, shame-faced exits.

And all the while the Taliban was making rapid gains. For much of the summer, Western intelligence services offered ever-shortening odds of the Afghan government’s survival. In July, Biden said it was ‘highly unlikely’ that the Taliban would retake the whole of Afghanistan. By 11 August, a US official told the press that Taliban fighters could be in a position to besiege Kabul within 30 days and possibly take it within 90. Just four days later, on 15 August, Kabul fell.

The West’s approach to the subsequent evacuation was sometimes even more callous and negligent. Afghans employed by the West-backed government, and therefore at risk of Taliban retribution, were left behind as the likes of the US and the UK focused their efforts on getting their own citizens out (or at one point, for the UK at least, evacuating rescue dogs). At least US secretary of state Antony Blinken scrapped a diplomatic trip to Africa to attend to the crisis. Leading members of Britain’s foreign office, from foreign secretary Dominic Raab down, remained on holiday. Even some of those nominally on duty stuck rigidly to their nine-to-five hours. Any sense of urgency, let alone moral obligation, was shamefully absent. It was yet further evidence that the UK, like the US, had simply given up. Afghanistan was no longer our problem.

And so, on 11 September, while Biden was laying wreaths at the sites of the 9/11 attacks, nearly 7,000 miles away in Kabul the Taliban was raising its white flag, inscribed with Koranic verse, above the presidential palace. It was a moment of miserable synchronicity. Nearly 20 years on from the invasion, and exactly 20 years on from the terrorist atrocity that prompted it, Afghanistan had been returned to the state in which the US and its allies had first encountered it: an economically ruined, tribally divided country ruled by oppressive theocrats.

If anything exposes the brutal folly of the era of Western interventionism it is surely the 20-year-long occupation of Afghanistan. It has directly cost the lives of 47,000 Afghan civilians, 66,000 Afghan soldiers and police, and 3,500 coalition service men and women. And more than $2.5 trillion was spent on it by the US alone. And for what? To return Afghanistan to the very forces of brutal repression from which the West promised to liberate it? To leave a desperate populace facing widespread famine, economic collapse and social disintegration? To fuel intra-Islamist conflict between the Taliban, al-Qaeda and ISIS off-shoot Islamic State-Khorasan?

This slow-motion catastrophe is an indictment of the righteous interventionist creed that has shaped Western foreign policy for far too long. All these neo-colonial attempts to right failed states, to nation-build in faraway lands, reached their tragic apotheosis in Afghanistan.

Ironically, of all post-Cold War Western adventures, from Bosnia to Iraq to Libya, the war in Afghanistan was meant to be the shortest. Launched in October 2001, in the aftermath of 9/11, its objectives were originally clear and delimited – to destroy al-Qaeda and ‘to disrupt the use of Afghanistan as a terrorist base of operations’, as President George W Bush put it at the time. But within months the mission’s objectives had started to morph into something far grander. Having deposed the Taliban government, the US and its allies found themselves responsible for replacing it.

Thus began the war’s descent into the interventionist quagmire. A seemingly clear military objective became a turbid socio-political one – to create a new Afghanistan. There was, of course, no shortage of people in and around Western governments and the broader NGO-ocracy willing to sell the nation-building dream in return for billions in funding. At points, they even gave the Afghan mission some semblance of purpose, from improving the lot of Afghan women to democratising a long-repressed country. The fantastical first draft of the development strategy for Afghanistan, written by Western consultants in 2002, even described the Afghans as committed to ‘an accountable, broad-based, multi-ethnic, representative government’ based on ‘respect for human rights’. Which was music to the ears of interventionists.

None of it bore much relation to reality, of course. This was a backward, tribal society, predominantly agrarian and mainly illiterate. Soldiers recall meeting Afghans in 2001 who had no idea the Soviet Union had even occupied their country between 1979 and 1989.

Afghanistan was a tragic case in point. Billions upon billions of dollars were lavished on building a gleaming, brand new, Western-style nation state – complete with a centralised, democratic government, a bureaucracy and security forces – alongside a market economy.

The reality was a Potemkin state, corrupt and absurd in equal measure. Western aid, funnelled through the hands of NGOs, ended up in the hands of overpriced contractors or Afghan officials. Infrastructure projects were pushed through with no means of maintaining them. Retail parks were planned and built with no businesses to fill them. And schools and institutions of further education were thrown up everywhere – in a nation of subsistence farmers. ‘We were building schools next to empty schools, and it just didn’t make sense’, a Special Forces officer told US government interviewers in 2014. ‘[Local Afghans] didn’t really want schools. They said they wanted their kids out herding goats.’

And while the West was performing the role of do-gooding saviour, narcissistically creating an Afghanistan for Western consumption, the Taliban were increasingly resurgent – profiting in the main from many Afghans’ experience of NATO as an occupying force.

Over the past decade, as the conflict in Afghanistan has dragged on, we have seen the slow moral and political exhaustion of Western interventionism. Barack Obama showed clear signs of weariness when he came up with an absurd timetable for withdrawal in 2009, as if a military campaign could be waged according to a schedule rather than a set of tactical and strategic objectives. It showed that the desire simply to be out of Afghanistan was strong even back then. Trump continued this search for an arbitrary, scheduled end point to the occupation, before Biden finally completed it.

No one should mourn the collapse of the interventionist creed. It has caused untold damage throughout Africa, the Middle East and beyond. And it leaves Afghanistan now facing an uncertain future. It is once again back in the hands of cruel, barbaric Islamists, and the removal of its main source of economic support – huge flows of Western aid – has left it facing an economic catastrophe.

A nation the West once claimed to be helping now finds itself more helpless and imperilled than at any point in its recent history. This is a tragedy of the West’s own making.