Let there be no more talk of a new, inclusive Taliban

The brutal, jihadist Haqqani network is at the heart of the new Afghan government. 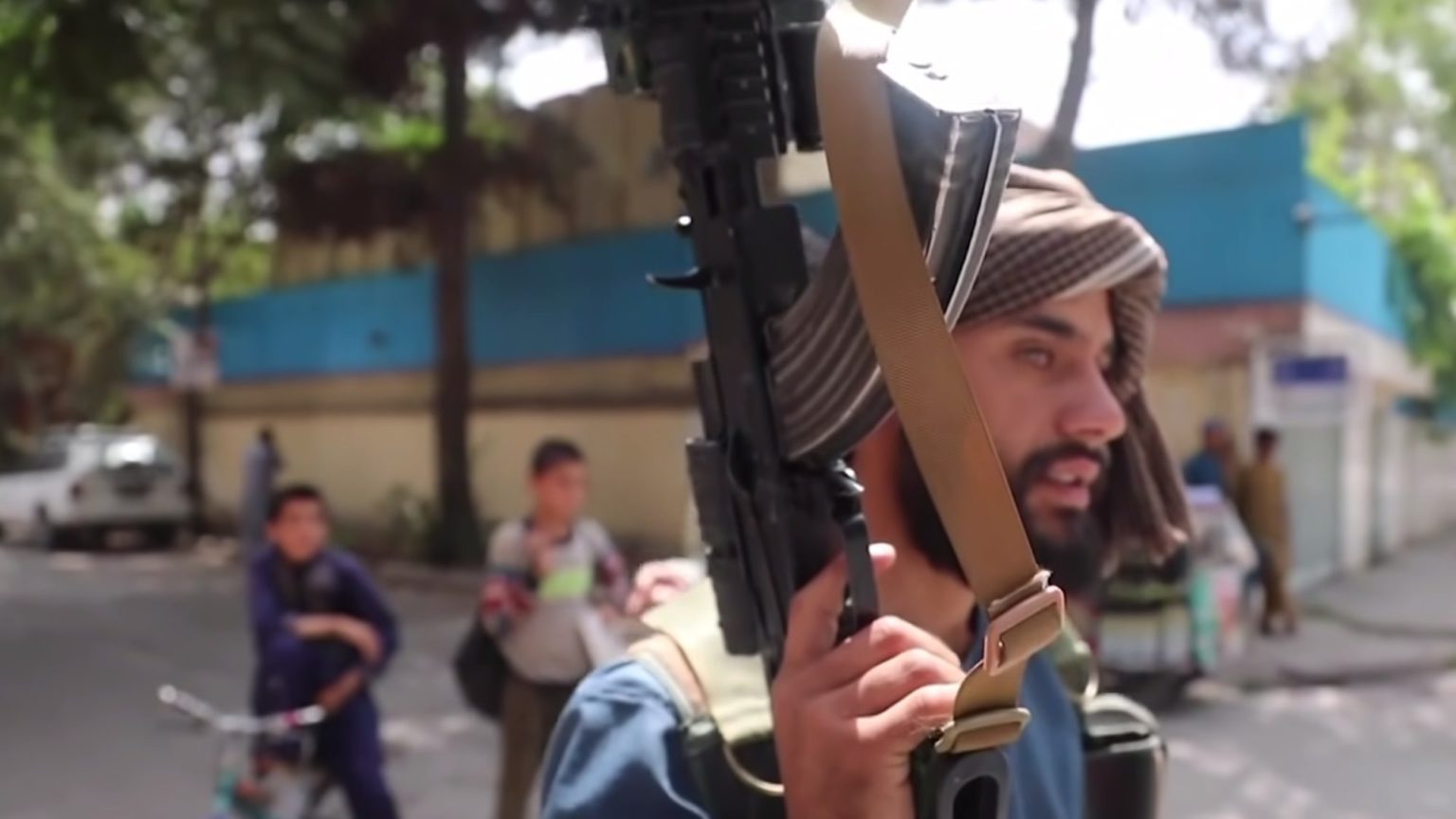 There is still talk in Western political circles of this being a new Taliban. Talk that maybe Western governments can ‘engage’ with Afghanistan’s new regime. Talk even that the past 20 years of grim occupation wasn’t for nothing.

Perhaps this explains why so little attention has been paid to the make-up of the Taliban’s newly announced government. Because if anything gives the lie to claims that this is a new Taliban, then surely it is this – a government consisting of familiar Taliban higher-ups and, right at its heart, members of the notorious Haqqani network.

The Haqqani network is not just any Taliban faction. It is a brutal, decades-old, mafia-like grouping with ties to just about every regional jihadist movement going, including al-Qaeda. As one US intelligence expert puts it: ‘You are one step removed from having the group that attacked us on 9/11 running the country.’

This is not hyperbole. The Haqqani network is pretty much now running Afghanistan. Khalil Haqqani has been appointed minister for refugees and, most disturbing of all, Sirajuddin Haqqani, the network’s chief and the Taliban’s deputy leader, has been named acting interior minister – a post that gives him control over Afghanistan’s internal security apparatus, from law and order to potentially even local governance.

So this is the new Taliban. This is who is now ruling this benighted nation. This is who now wields power, freshly burnished with the state-of-the-art weaponry the US left behind – namely, a violent Islamist network, with strong ties to al-Qaeda and even the ultra-nihilistic Islamic State-Khorasan.

No wonder that shortly after the Afghan government fell the US State Department was keen to play down the proximity of the Haqqani network to the Taliban, calling them ‘separate entities’. The ascent of a group the US has designated as terrorist – and whose leader, Sirajuddin Haqqani, is on the FBI’s most-wanted list – rams home the scale of Western forces’ failure. The war on terror led to the terrorists returning to power. Anas Haqqani, Sirajuddin’s brother, was quick to disabuse the US of its wishful thinking, telling Newsline magazine, ‘We are the Taliban’.

This bodes ill for the future of Afghanistan.

The Haqqani network emerged during the Soviet Union’s occupation of Afghanistan in the 1980s. Back then its founder, Jalaluddin Haqqani, a fearsome Mujahideen commander, worked closely with Pakistani Inter-Services Intelligence and the CIA, arranging the flow of weapons, resources and fighters into Afghanistan from Pakistan and elsewhere. He also sourced support from other Arab countries in the Gulf. This is where he first came into contact with Osama bin Laden, who was said to consider Jalaluddin one of his closest mentors.

When the Taliban finally assumed control of Afghanistan in 1996, Jalaluddin was appointed minister for tribal and border affairs – a position that enabled him to assist bin Laden and al-Qaeda further, bedded in, as they were, on the border between Afghanistan and Pakistan.

The Haqqani network was always a key player in the regional Islamist militancy of the 1990s. And this involvement continued after the US invasion of Afghanistan in 2001. Indeed, it has arguably been at the forefront of the Taliban insurgency against Western forces, pioneering horrific suicide bombings, usually involving truck loads of explosives. Among the attacks attributed to the network are the June 2011 assault on Kabul’s Intercontinental hotel, two suicide bombings against the Indian embassy and a day-long assault on the US embassy. Not content with waging war, the network has also enriched itself, through everything from car dealing and mineral smuggling to hostage taking and drug trafficking.

Jalaluddin, who had been very ill for several years, died in 2018. His son, Sirajuddin, took up the reins of the family business during the 2010s. He is reportedly even more ideologically extreme than his father. This perhaps explains the network’s modus operandi in those areas over which it has exerted control over the past few years. Its henchmen were known to thrust scalding rods through the legs of some of those they suspected of talking to the Afghan government – and they would behead the others, before lining up their corpses on the street.

Sirajuddin is also said to maintain even closer ties to al-Qaeda and other regional jihadist groups than his father. The UN itself has described Sirajuddin as ‘a member of the wider al-Qaeda leadership’. And the Haqqani network is also linked to the Islamic Movement of Uzbekistan, anti-India Jaish-e-Mohammed, and, perhaps most troubling of all, the Islamic State-Khorasan – which the Haqqani network is said to use for actions it wants publicly to distance itself from. Indeed, some suggest that the attacks on Kabul airport last month, ostensibly carried out by the IS-K, could only have succeeded with the Haqqanis’ say-so – it is telling that the explosions that killed 182 people blasted through the perimeter that was meant to be under the network’s watch. After all, as one member of the Taliban has said, ‘It is common knowledge that nothing happens in Kabul without the Haqqanis knowing’.

And now this vicious group of jihadist gangsters is officially in control of the whole Afghan interior.

Of course, there are some still keen to present the Haqqani network, like the Taliban itself, as reformed characters. They point to Sirajuddin’s orders to his men in July to ‘behave in a good way with the general public’, and to the seeming restraint they’ve so far shown to Afghans while restoring order.

But then if one thing has changed about the Haqqanis and the Taliban over the past two decades it is their grasp of public relations. They are well aware that it is in their interests to present a more, er, media-friendly image to the world. The Taliban was often seen shaking hands and issuing fluffy messages from its offices in Doha, Qatar, in recent years, and Sirajuddin himself even wrote an op-ed for that bastion of wokeness, the New York Times. ‘Everyone is tired of war’, he wrote, channeling his inner peacenik. ‘We are committed to working with other parties in a consultative manner of genuine respect to agree on a new, inclusive political system in which the voice of every Afghan is reflected and where no Afghan feels excluded.’

But beyond the jargon and puff, this is still the Haqqani network. There is no glossing over what it is and what it has done. Its installation at the heart of the Taliban’s new regime is a sign of the utter failure of the war on terror in Afghanistan. No wonder few in the West can bring themselves to acknowledge the truth about the new Taliban. It is like the old one, only much worse.