How we stabbed our Afghan allies in the back

The calamitous withdrawal from Afghanistan exposes the lethal incompetence of the British state. 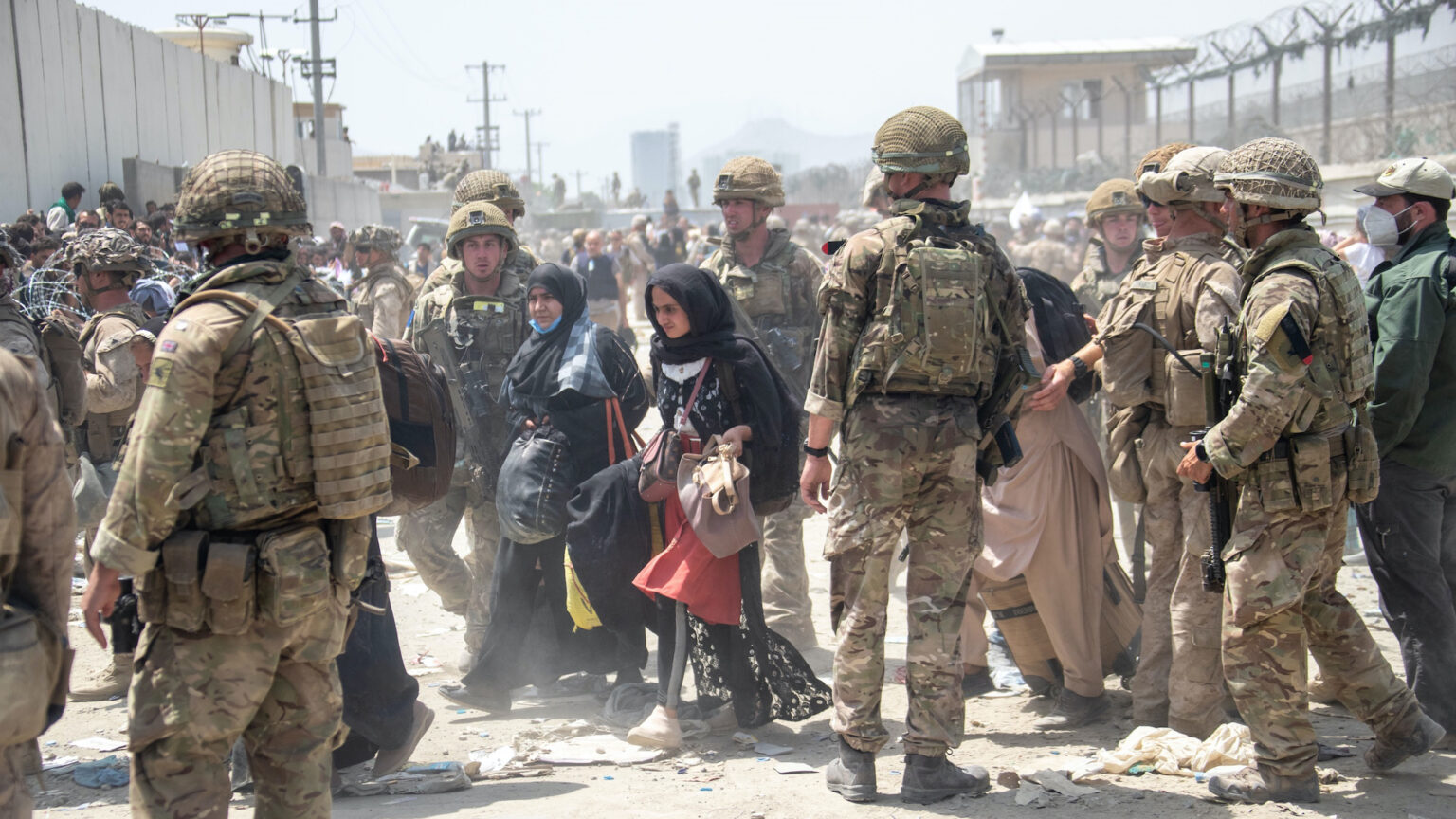 Britain is a country that betrays its allies. That’s the chilling conclusion one is forced to draw from the mounting evidence that UK officials seriously screwed up the withdrawal from Afghanistan. A picture is emerging of a culture of bureaucratic nonchalance in the Foreign Office, where the desperate pleas of our Afghan allies and British nationals who feared the ferocious retribution of the Taliban fell on deaf ears. Their angst-ridden appeals for assistance landed in the inboxes of officials who were more concerned with trifling First World problems like how to strike the right work-life balance than they were with rescuing men and women who put their necks on the line to aid Britain’s mission in Afghanistan. If I hear one more person talk about that bloody Christmas party in Downing Street while this question of whether Whitehall ineptness led to the actual murder of our friends in Afghanistan, I’ll go mad.

Evidence of a catastrophic level of bureaucratic bungling is piling up. The latest revelations come from a Foreign Office junior civil servant who has handed to the House of Commons Foreign Affairs Committee a 39-page dossier about how the Afghan withdrawal was handled. It makes for chilling reading. It is estimated that a measly five per cent of the 75,000 to 150,000 Afghans who applied to the Foreign Office’s special-cases team received assistance. Just 15,000 Afghans were evacuated by British forces during the withdrawal in August. The FO whistleblower says there were up to 5,000 unread messages in the special-cases inbox at any given time. Some of the emails arrived with desperate subject lines, like ‘please save my children’. He says that during one afternoon in the two-week-long withdrawal he was the only person processing the thousands of pleading emails. And he is in little doubt as to what were the consequences of this bureaucratic slackness in the face of a dire human emergency: ‘It is clear that some of those left behind have since been murdered by the Taliban.’

We are left with an image of indifferent apparatchiks, more concerned with clocking off on time than with assisting as many Afghan allies as possible. So as the Taliban moved into Kabul, sweeping aside with violent ease the Potemkin government built and funded by Western forces in the preceding decade, many Foreign Office officials were ‘WFH’. There was a ‘staffing crisis’ in the Foreign Office, as today’s Mail describes it, and this was ‘compounded by civil servants working from home, including team leaders’. And the poor dears were allowed to dodge late-night working, lest it stress them out. Officials were permitted to decline overtime as part of a ‘deliberate drive’ to prioritise ‘work-life balance’. It seems incredible that in a situation of life or death, Foreign Office officials were obsessing over the bourgeois inanity of work or life. Sorry if your family faces execution by heavily armed medieval Islamists – I have to mute my emails after 6pm for the benefit of my mental health.

If officials weren’t working from home, they were on holiday. Alarmingly, the heads of all three of the departments that were organising the British response to the Taliban takeover were taking a break during the crisis. The No1 mandarins at the Foreign Office, the Home Office and the Ministry of Defence were all enjoying staycations as the Taliban swarmed into the streets of Kabul. The actual foreign secretary at the time, Dominic Raab, was not on staycation – no, he was abroad, on a luxury holiday in Crete, and he stayed there even after the Afghan government collapsed. One is left with the distinct impression that there is no culture of vocation in the contemporary civil service. No sense of mission, no sense of overarching commitment to the project of protecting British interests and standing by British allies. The cult of clocking-off, of balancing ‘work-life’, of not putting too much ‘pressure’ on mandarins, all speaks to a British state that no longer takes itself seriously.

Not surprisingly, this lack of seriousness, this disappearance of vocational drive, means the Foreign Office is increasingly clueless about the very thing it is meant to be knowledgeable on – foreign affairs. So at the Foreign Affairs Committee today, the actual head of the Foreign Office, Sir Philip Barton, said the problem back in August was that nobody expected the Taliban to take over as quickly as it did. How could Britain’s foreign-policy establishment be so oblivious to the shifts and developments in a country it had been intimately embroiled in for two decades following the American- and British-led invasion of October 2001? A Foreign Office disconnected from foreign affairs, experts unable to recognise the rise and the power of the Taliban, civil servants who stay in their holiday homes while an allied government in a unstable nation falls apart – the calamitous Afghan withdrawal raises so many questions about government incapacity and state disarray in the 21st century.

One of the most shocking claims being made by the FO whistleblower concerns the now infamous evacuation of the dogs and cats being looked after by the Nowzad animal charity. Apparently Boris Johnson himself gave direct approval to this evacuation. And it is now being claimed by someone who works at Nowzad that they went through Carrie Johnson, Boris’s wife, to seek help for the rescue of their animals. The whistleblower believes the evacuation of these animals came at ‘the direct expense of evacuating British nationals and people at risk of imminent murder’. Today, Boris has said it is ‘nonsense’ that he ordered the evacuation of the Nowzad pets. This needs to be investigated. If charity heads cosied up to Carrie and subsequently convinced Boris to fly out animals before people, that would be a scandal of epic proportions. It would speak volumes about the idiocy and moral decadence of this government.

Without even realising it, the British state is sending a message to the world. It is telling everyone, friend and foe alike, that it is an untrustworthy ally. That it will abandon ‘friends’ to their fate when a wicked enemy like the Taliban comes knocking. That it is ignorant of affairs even in nations where it has clear political and military interests. The chaotic Afghan withdrawal is fundamentally a tragic story of state incompetence and elite narcissism, and how these things can benefit movements like the Taliban as they plot their return to ruthless power.